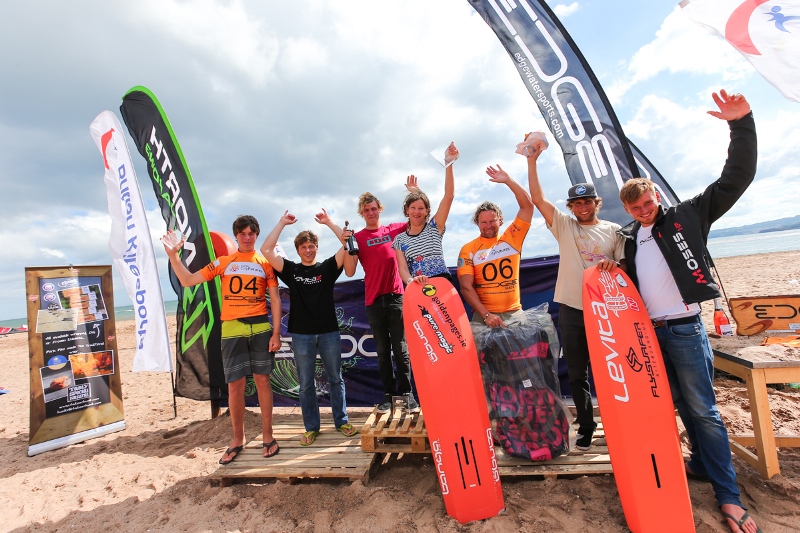 We've been attending the event for a few years now and have seen the full transition away from the Formula class to 100% foiling for the pros. The level is truly impressive and the hydrofoil innovations and the return to the front of the fleet of foil kites show how quickly the sport is evolving and – you can quote me on this – I would be very surprised if we didn't see it in the Olympics for 2020. What's not to love about it?

Aside from the pro riders, what was also pretty amazing was how many other foilers were at the event and were going around the course pretty well and looking pretty stoked about it!

So a great event and proof, if it was needed, that foiling really is the future…

June 13 2016, Exmouth, Devon:  Exmouth kite surfer Olly Bridge has taken the Edge Race Cup kitesurfing title at his home event. Bridge beat off competition from the German holder of the title, Florian Gruber, in a spectacular and hard-fought event in front of hundreds of spectators at Exmouth seafront.

The Edge Race Cup, supported by Exeter City Futures, attracted 60 kiters to Exmouth to compete for the Kite Hydrofoil British National Title. This year saw representatives from Slovenia, Germany, New Zealand, Ireland, Spain and the USA, putting on a show of high-speed and action, literally flying across the water on their hydrofoils. 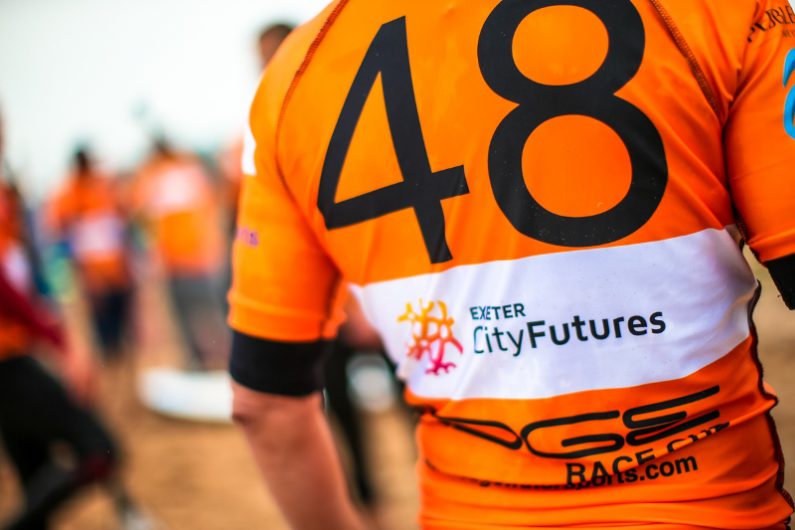 With 4 of the top kite racers in the world present the competition was always going to be fierce. The battle for the title came down to three competitors including Florian Gruber, Olly Bridge and his brother Guy Bridge. But it was the 18 year-old vice world champion Olly Bridge who won 5 of the 6 races over the weekend.

“Racing on my home waters is always fun, especially to show some of my fellow competitors what a challenging place it is,” commented Olly.

16-year old Youth European Champion Toni Vodisek believed the conditions to favor Bridge, and said: “I now know why Olly is so good if he trains in these conditions.”

In the amateur fleet, the level was also high and local rider Peter Kingsland showed that his winter practice paid off beating Isle of Wight's Eric Diamond and Geoff Bowen, who represented local sponsor Pebbled Vineyards.

For many this event is a gathering of kite surfers and friends for a great social experience. The evening party was celebrated at the Grapevine pub where Crossed Anchors Brewery supplied some of their beer with live music hosted by the BareFoot Bandits. 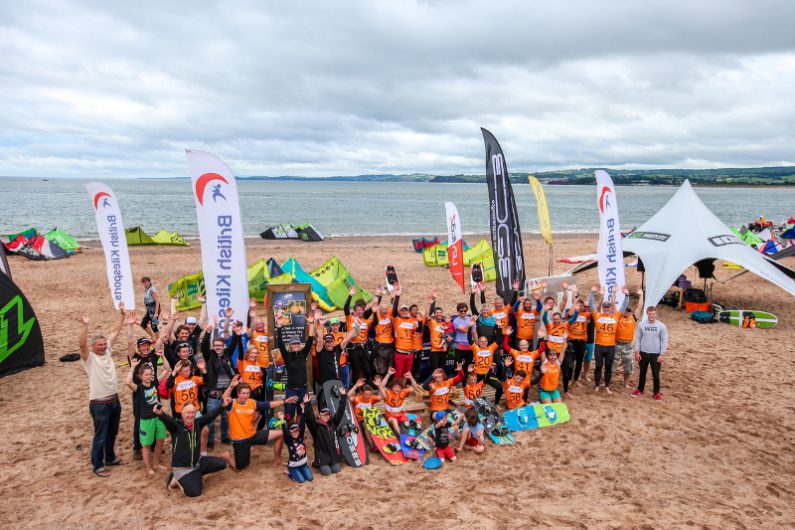 “The weekend bought a challenging mix of wind and weather for the race crew and competitors. However we used every hour we could to ensure fair racing, completing six solid races over the weekend. This year we introduced the amateur kite foil class and it was massively encouraging to see the huge growth in numbers and skill level. The wind was not enough to complete the New Youth Class which Edge has scheduled for a weekend in the Autumn. The Edge Race Cup events rely on volunteer support and donations, and we are so grateful to the beach helpers, rescue teams and those companies that donated funds and prizes. Exeter City Futures; Chunk Of Devon; Crossed Anchors Brewery; Pebblebed Vineyard; The Beach House Exmouth; North Kiteboarding; Ion; CAT Rugged Phones; British Kitesports; New Devon Army; Moses Hydrofoils; Alex Hapgood TheKiteMag; Ozone; Surfers Against Sewage. With much interest in the sport, kitesurfing looks set to take a new leap forward with its inclusion in the 2018 Youth Olympic Games and future hopes for 2020 Tokyo.”

To help the international competitors appreciate the local flavor of the event, local sponsor Chunks of Devon provided pasties for all the competitors.

Here’s the official event Video, big thanks to Global Shots for the great edit.

More Photos and footage will be going on to our Facebook Pages over the next few days so please share these and spread the word so we can make the 2017 event even bigger.

Thanks Again for helping make the Edge Race Cup a great success in 2016.