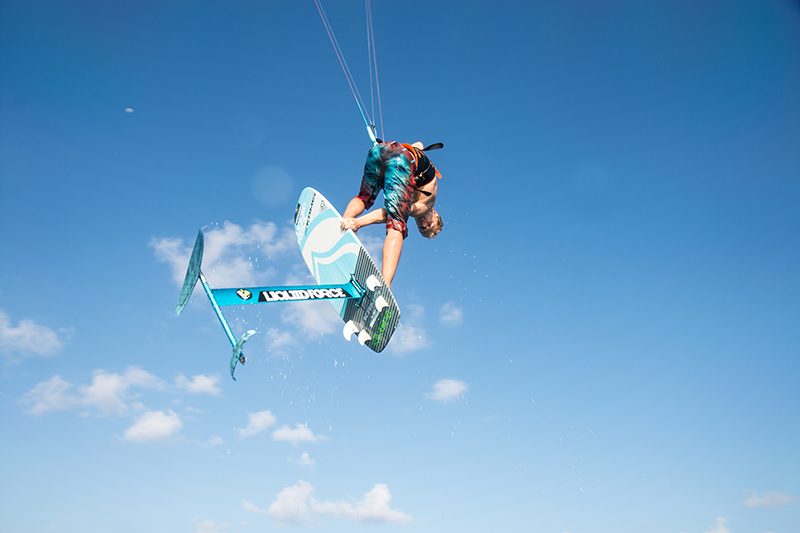 The Golden Rules of Foiling

Come on and join me in a dreamworld… Flying above the water. Running upwind as if you were performing magic and being as faster than anyone else who is driven by the wind. The magic elixir is called hydrofoiling and here you can learn it very briefly.

There are three golden rules and afterwards there is just practicing. 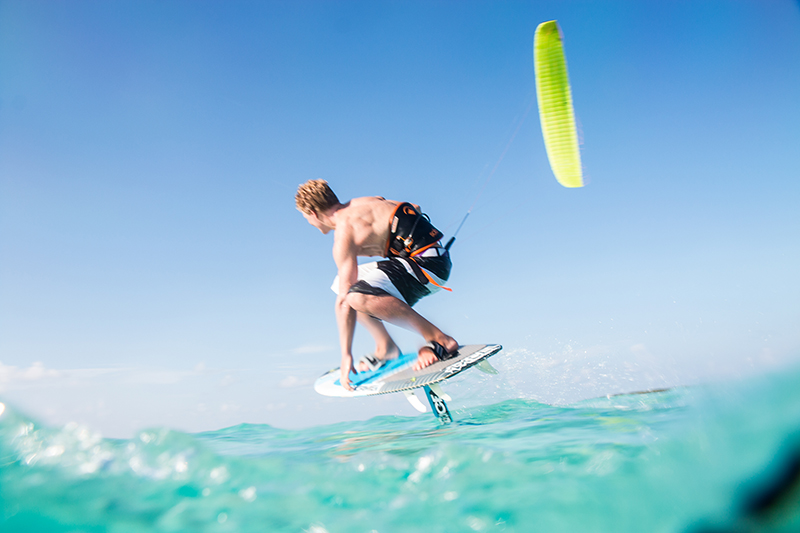 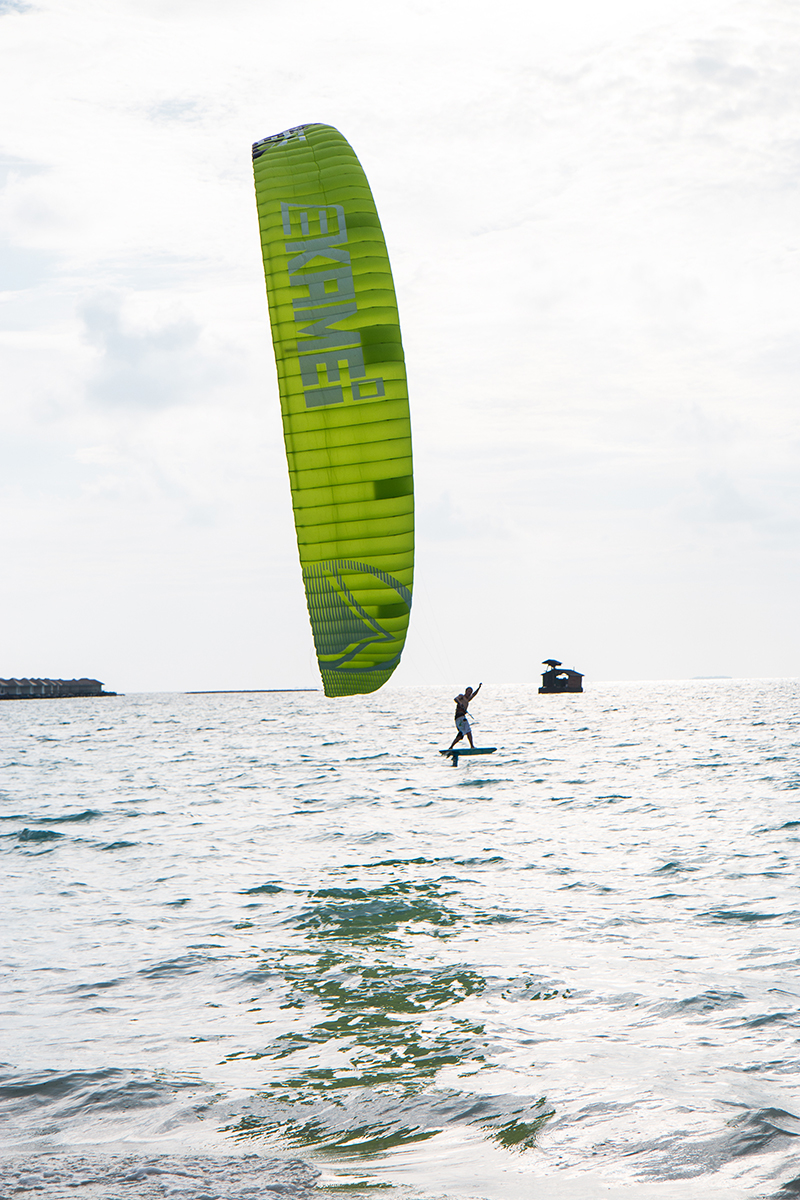 Rule number one refers to your body position: put your weight forward. As a beginner, you get taught quickly that you have to put your weight on your back leg. So the board doesn’t dive in and disappear under water. With hydrofoiling, it is exactly the other way round. The wing wants to go up and only the weight on the front foot can push it down.

Once you’ve done that, there is rule number two: drive over the shaft instead pushing the edge. This means that you don’t have to press the edge, instead try to keep your body above the middle of the board. The shaft of the wing carries you and does not need to be steered. 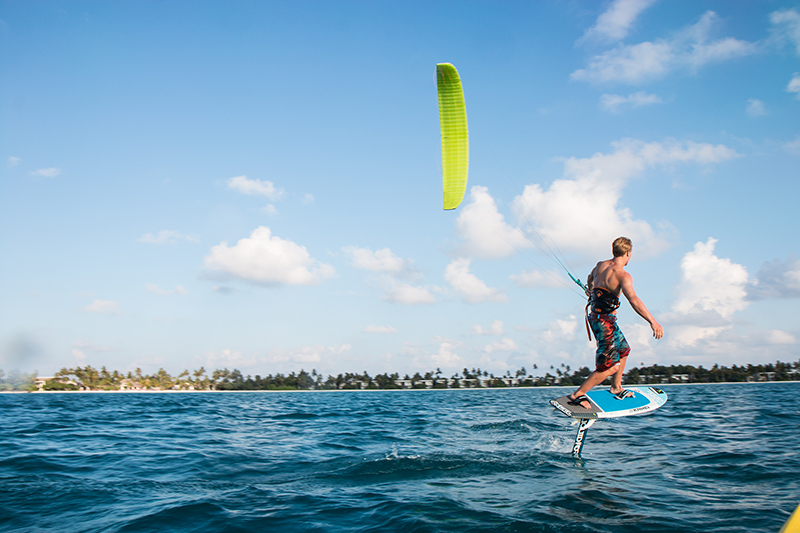 The third rule is about balance. The balance is better when your knees are bent. The impact of the wing, like on a rodeo, can be balanced with soft knees and the board can be held in the air more easily.

Apart from these three golden rules, it is most important to practice, practice, practice. However, there are some hints to get better. These include safety, particularly. The wing is as sharp as a knife and should be held as far away as possible from your body, which also means jumping off as early and as far away from the board as you can. The beginning is easier with foot straps. You should start with at least one front foot strap, but better with two. And, as always, the choice of the spot makes it more fun. The first attempts should be in chest deep water depending on the length of the foil. A lot of space in lee is necessary and even better, nobody close by, so they don’t hear you swearing. Have fun foiling! (Caution: risk of addiction.) 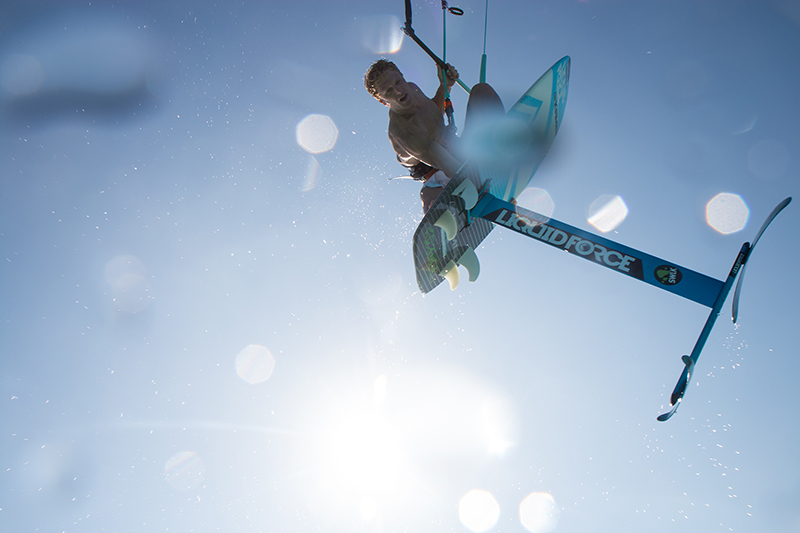