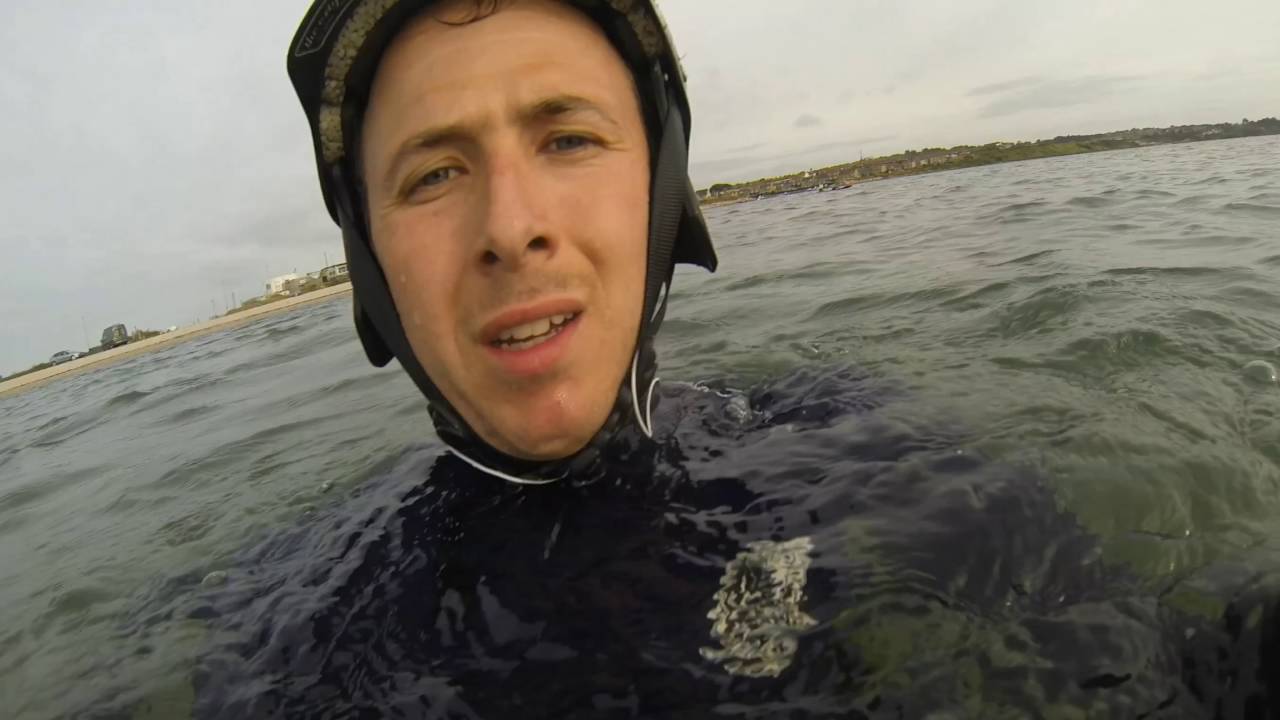 We count on Ben G to find out of the way spots and report back, not only as a high level rider, but as a relatable dude who can give us the good stuff no holding back. In this latest installment we get a twofer, with his own tips fresh out of the learning experience. First we'll load up his video, then the play by play:

Back in March I spent a week on the Scilly Isles with some friends, and was reminded once again that there is absolutely no reason to ever leave the UK. The Scilly Isles are an unbelievable hybrid of Caribbean island, with clear blue water and white sandy beaches, and quaint English village, with manicured hedgerows, an incredible variety of wild and carefully cultivated flowers, and pubs full of character and characters.

We spent a week enjoying 25 knot winds on the flat water lagoon on St Martin's, a 30 second walk from our tent, stopping mainly to avoid the odd hailstorm or squall, or when we were tired. Some mornings we spent searching for the few waves rumoured to break on the island, with very limited success. There’s definitely potential, but we’ll need to keep searching.

With only a week on the island we didn't have too much time for the search, which, given the beauty and potential of the islands, seemed a shame. For that reason, I'm going back at the end of August to have another look. This time, I'm focusing on exploration, and thought the best way to do it would be in light winds on a hydrofoil board. The only problem is – until 2 weeks ago I'd never even seen one on the beach, let alone learned to ride one.

Thanks to Moses Hydrofoils, I've got a foil board now and I've started to resolve these issues. I'll be writing about what we find on the island at another time, but I thought it'd be useful for those of you who are in the same position I was to see what learning to foil looks like, and how long you can expect it to take.

Here’s a quick summary of my first few sessions. 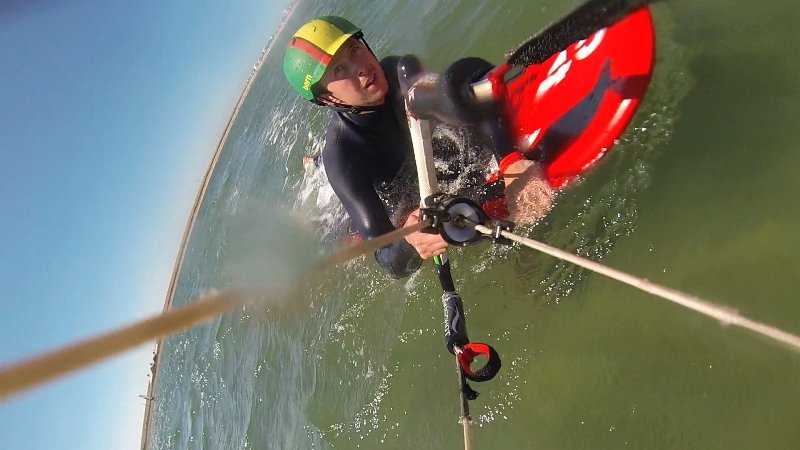 Spent 30 minutes trying to get mast deep. If you think body-dragging through waves is scary normally, try doing it with a razor sharp foil waving around on the end of a metre long mast. Got deep enough once, got board on feet, got hit by a wave and immediately had board washed all the way to the beach – foiling as it went. Gave up, went free riding. Was great.

Second session:
Took the hit and drove to Portland Harbour at 0430. On the water at 7am, 10 – 12 knots, offshore. Water got deep enough 30m from the beach, and I had the place to myself. Barely enough wind to keep my 9m in the air, but really good practice getting up on the board and riding without trying too hard to get on the foil.
Maintain front foot pressure, try not to edge. Point the board where you want to go.
Ditched the kite a couple of times, spent plenty of time swimming. Had about 2 hours with the kite in the air, going in both directions, and experimenting with engaging the foil. Mostly terrifying, but pretty cool.

Fourth session:
Back to Portland! 15 knots, offshore. Lower tide, so a bit of a walk to the deep water, but this time I cracked it! Plenty of long runs on the foil, and relatively controlled stopping and turning. Plenty of crashing too. I'd done a bit of reading after my second session, and knew I had to do three things:
1 – Get the board to a decent speed
2 – Ollie the board to get the board off the water. Once the drag of the board is gone, you'll be foiling despite going no faster than before.
3 – Once you're on the foil, keep your weight towards the front of the board! 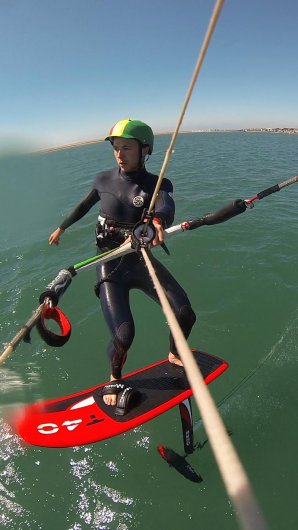 These tips are great. I read that you need to stand almost entirely on the front foot, which wasn't quite my experience. I started by going very much cross wind, as opposed to upwind, and to do so I needed roughly equal weight distribution and very careful balance, as well as very careful kite control – basically as little power as possible. To go upwind however, the front foot is absolutely critical if you want to stand any chance of keeping the foil in the water, and actually it's much easier to cruise once you're going upwind because there's lots of pressure going through your legs and everything is less sensitive. The main problem is, you will FLY upwind.

Had a great day, went pretty fast both upwind and downwind, and got up on the foil pretty quickly and consistently, especially left foot forwards. Took much longer right foot forwards, which I think might have been because of the direction of the wind swell, making it a little harder to get the board up to speed in that direction. To turn, mostly I fell off and started again, but a few times I drove hard upwind, brought the board back down to the water, and switched my feet before jibing downwind.

Here’s what I learned:

You’ll crash harder than and more often than you ever did on your twintip.

If the wind is light, be careful not to go too fast or too far – your speed has a huge effect on the apparent wind and if you stop fast (you will – you'll crash), the kite will no longer be in the wind window and will crash.

The board is sensitive to heel/toe pressure, much more so than your twin tip or your surfboard. If you want to change your heading, you may need to move your back foot between the two rails.

Update: Having had a few more sessions since I first wrote this, it turns out you use roughly the same body position to travel in whichever direction you want to go, so long as you’re going fast enough. A seat harness actually makes this way easier – you need to shift your body weight to the front of the board which feels like you’re trying to get your bum over your front foot. Unlike riding a twin tip, your hips won’t necessarily be facing your kite, it’s more important for them to be parallel with your board. Hard to describe, but you’ll see what I mean if you watch the pros riding. Whichever tack you choose, once you’re comfortable holding a bit of speed you can stay powered on that tack  by using the bar to hold to kite in the appropriate position in the wind window. Way more comfortable than the careful balancing you can see me doing in the video.

So, in a week's time I'll be off to the Scillies with the intention of exploring the 5 islands on the foil board, and beating the round the island record for the main island, St Mary's. I should have time for a few more sessions before then – wish me luck!