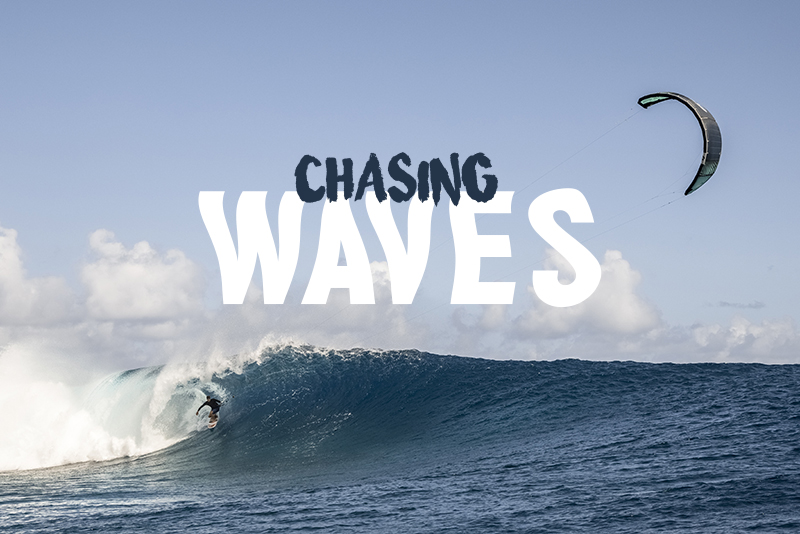 Keahi de Aboitiz reflects on what the last year has brought for him, both in Hawaii where he currently resides, and in Tahiti where he was lucky enough to be able to spend some time earlier this year. It’s fair to say he’s a true waterman – it’s all about chasing waves for him, be that with a kite, prone surfing, tow foiling, or wingfoiling. You name it, he’ll ride it… 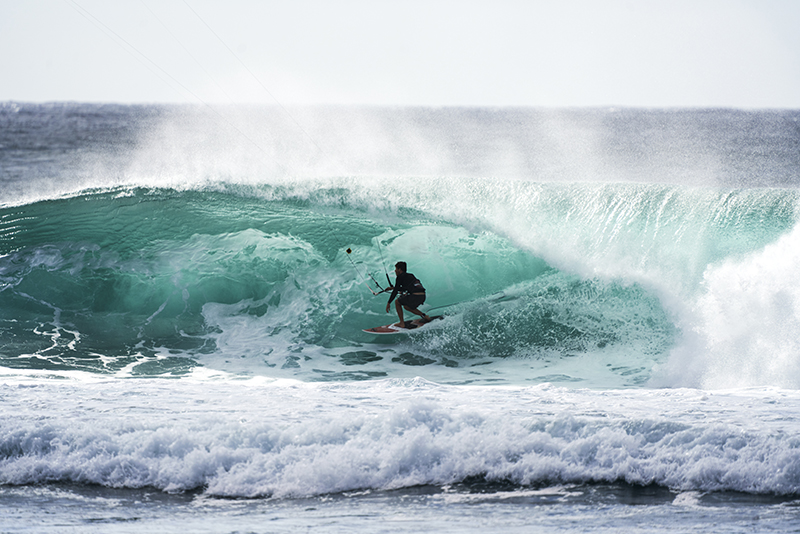 The last couple of years sure have been an interesting change of pace. It’s definitely taken a little adjustment for me, but it’s been nice to have a bit more of a home base and focus more on some places closer to home as well as making the most of everything that Hawaii has to offer.

Last winter in Hawaii was one for the books with a relentless run of swell in what was actually supposed to be a slow season. The surfing was incredible and although we didn’t get a ton of kite days, there were some magic sessions to be had. It’s always fun to escape the crowd with a kite and use it to sling you into some nice clean walls with all that extra speed. For me it has become more of a focus with my riding to try and do more surfing inspired turns, but utilizing all that added power and speed a kite can give you. I’ve been having a lot of fun experimenting more with my power carves as it really is hard to beat that feeling of a full speed rail carve or layback hack when done right. It’s always fun to go back and forth between my surfing and kiting, and take little things from both sports and implement them in different ways. The more time I spend in the ocean the more I learn, and I think that holds true with all the sports I do allowing me to find some unique lines and approaches. 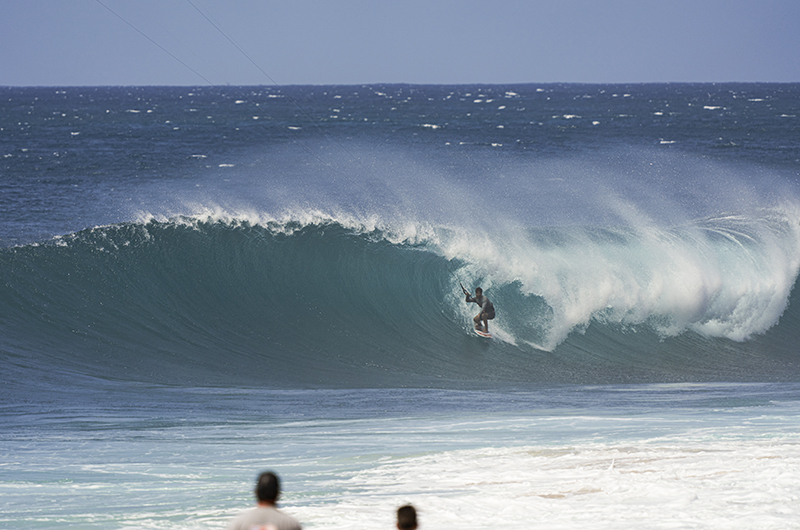 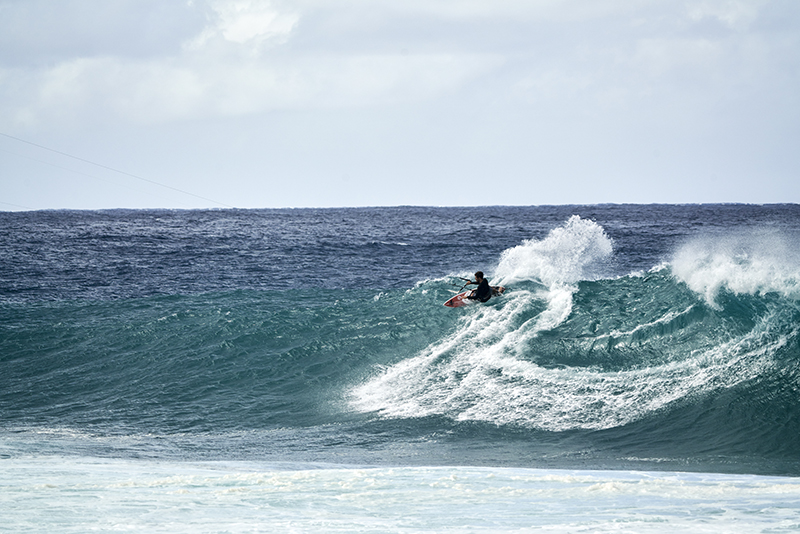 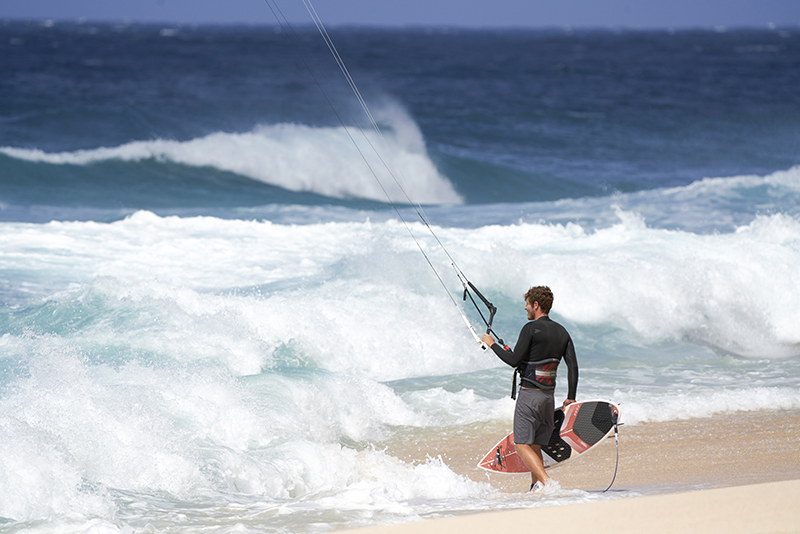 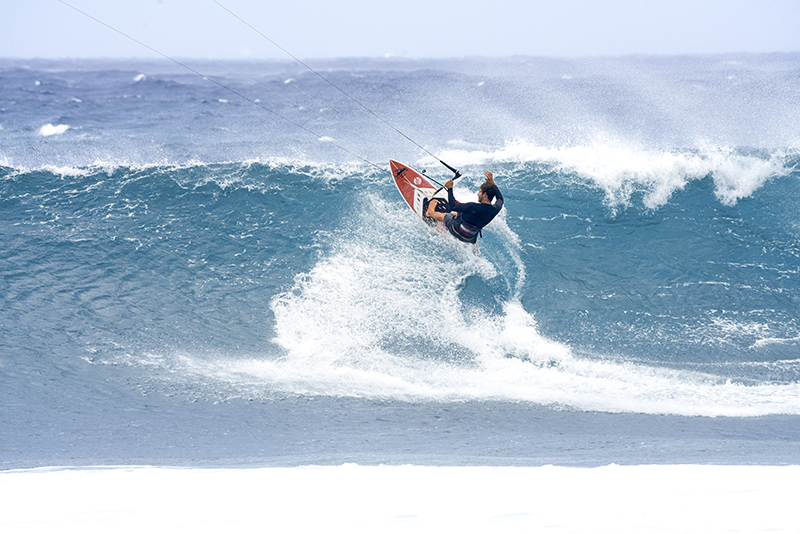 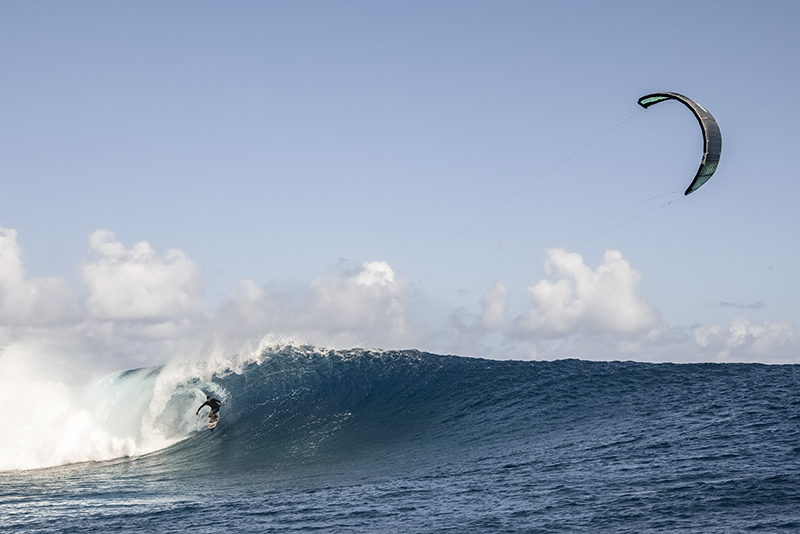 Wingfoiling has been a real savior for the summertime flat spells, but once again I needed that rush from some real waves and it’s been fun to spend a bunch more time in Tahiti over the summer again. Although it can be a little tricky for wind, all the surfing days in between are incredible, and when the wind does clock around to the right direction for kiting, some of those sessions have been some of the most fun of my life. I still haven’t quite scored that magic big swell with good kite wind the last couple of seasons, but I’m sure it will come soon enough and as you can see the ‘smaller’ days are a hell of a lot of fun too. It’s always a good time to link up with guys like Dom over there and bag some good content too.

I’ve also found it’s the perfect place to experiment more with some of my GoPro stuff, being such a picturesque location with perfect waves. This is something I’ve always loved doing as I feel it gives people a very unique perspective more similar to what I get to see while I’m out there. One of my biggest focuses these days has been playing around with the GoPro Max, which allows for some of the most trippy and unique angles I’ve ever been able to shoot. I’m still baffled every time I go through the footage on some of these and hopefully you like this image (below) as much as I do! ■ 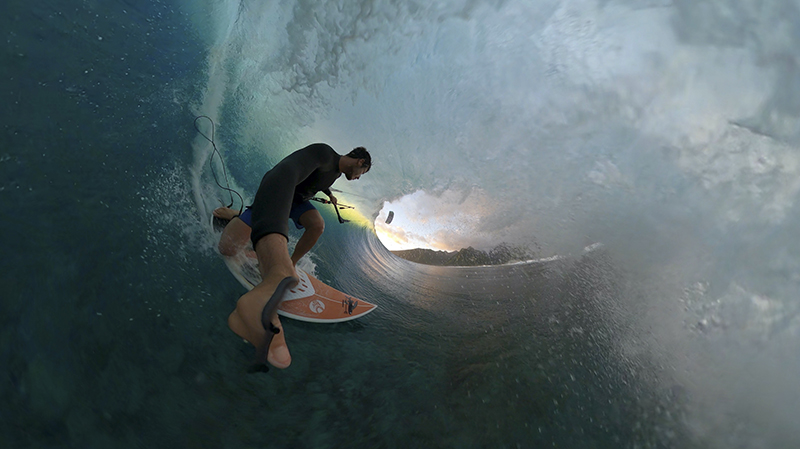 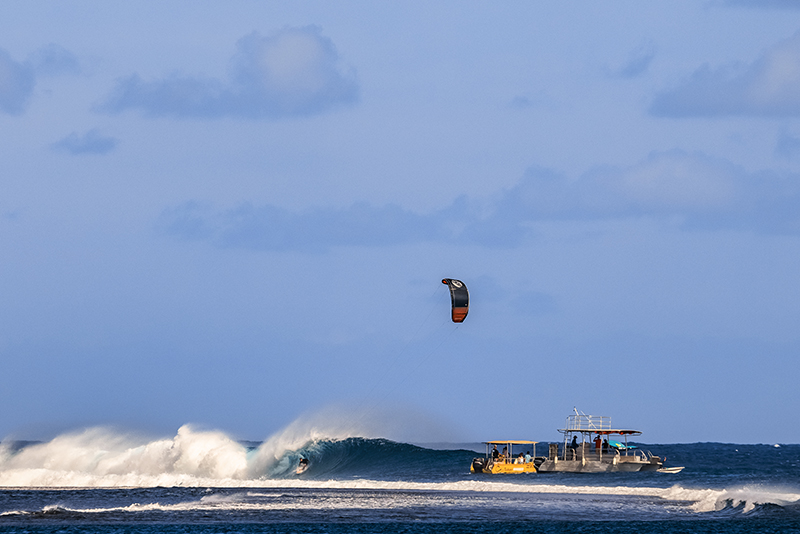 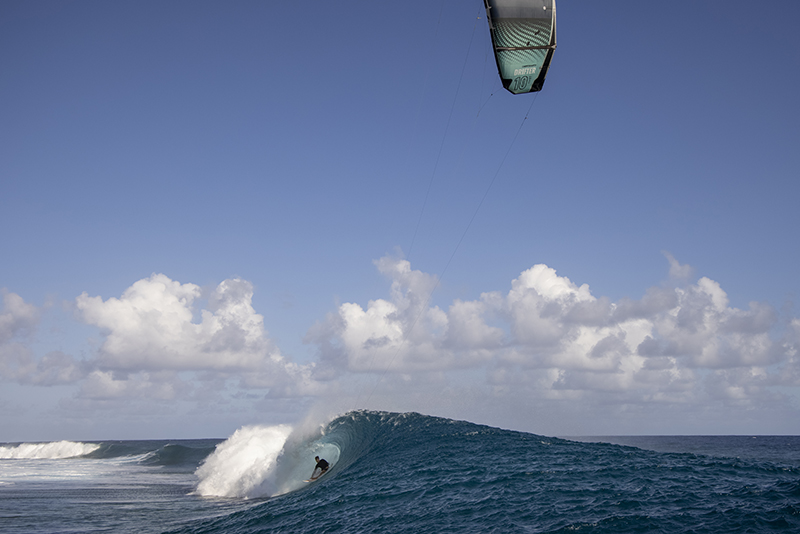 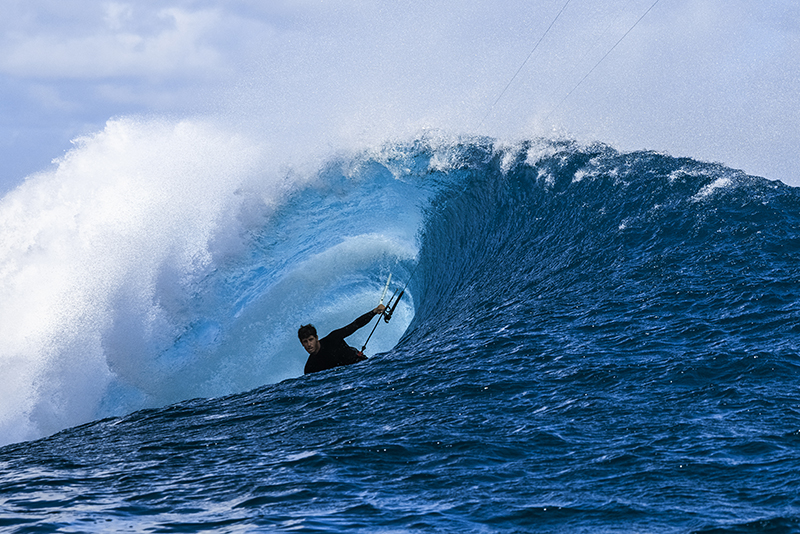