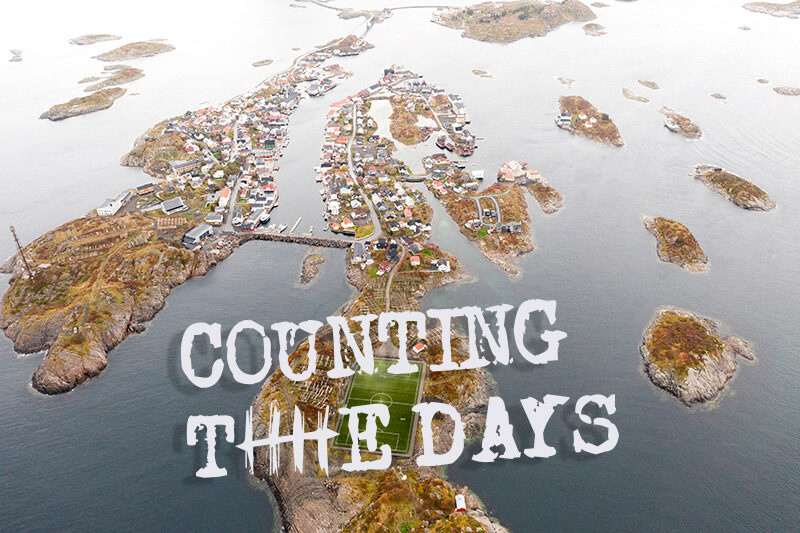 The Lofoten Islands north of the Arctic Circle in Norway must be one of the most beautiful places on our planet. The conditions weren’t always cooperative, but former World Champion Youri Zoon managed to score some memorable sessions and was rightfully impressed by the jaw-dropping scenery. 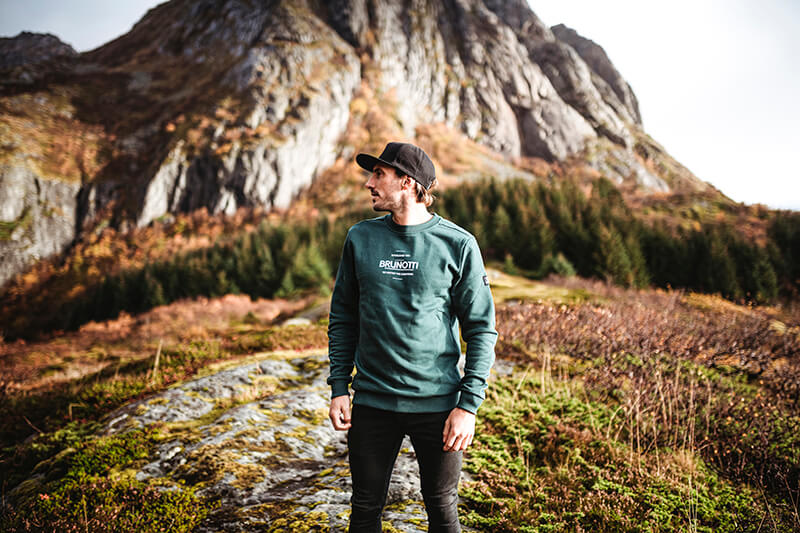 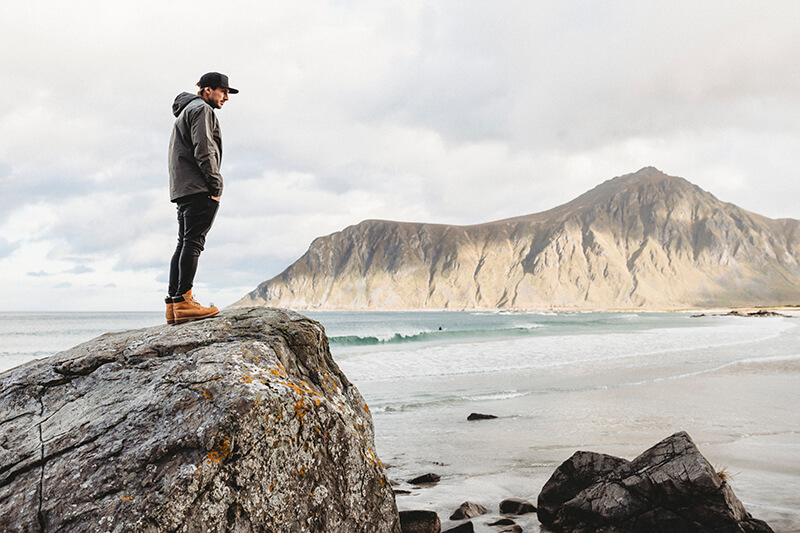 After riding flat-water spots and chasing tropical destinations for many years, it was time for something new. A kite trip to the Lofoten Islands, Norway has always been in the back of my mind. Although the area is known for its small fishing villages and beautiful unspoiled landscapes, I wondered if you could kite there… Luckily, Brunotti thought the same, so I packed my bags and together with photographer and good friend Orestis, we traveled up north all the way to the Lofoten. After almost 12 hours of travelling by plane, ferry and car, we finally arrived at our destination. We dumped our bags in the cabin, and as there was not much wind on the forecast, decided to explore the island right away. The Lofoten have been on my list for a while now, and we immediately found out why: these landscapes were truly impressive.

The weather conditions in the Lofoten can change any minute, so on day two we kept our eyes on the forecast and went down to the beach for several surf checks. Although we shot some cool content for Brunotti, the wind didn’t show up that day. On the third day, the wind finally picked up and I decided to head out for a wingfoiling session. Standing on the land the conditions looked very good, but once we entered the water, I realized it was not going to be a walk in the park. Because of the mountains the wind was super gusty and sometimes dropped to zero all of a sudden – I was glad I’d chosen to wingfoil not kite! It was definitely not the best session, but it just felt really good to be out there, and the view of the mountain ridges rising from the Arctic Sea definitely made up for it. 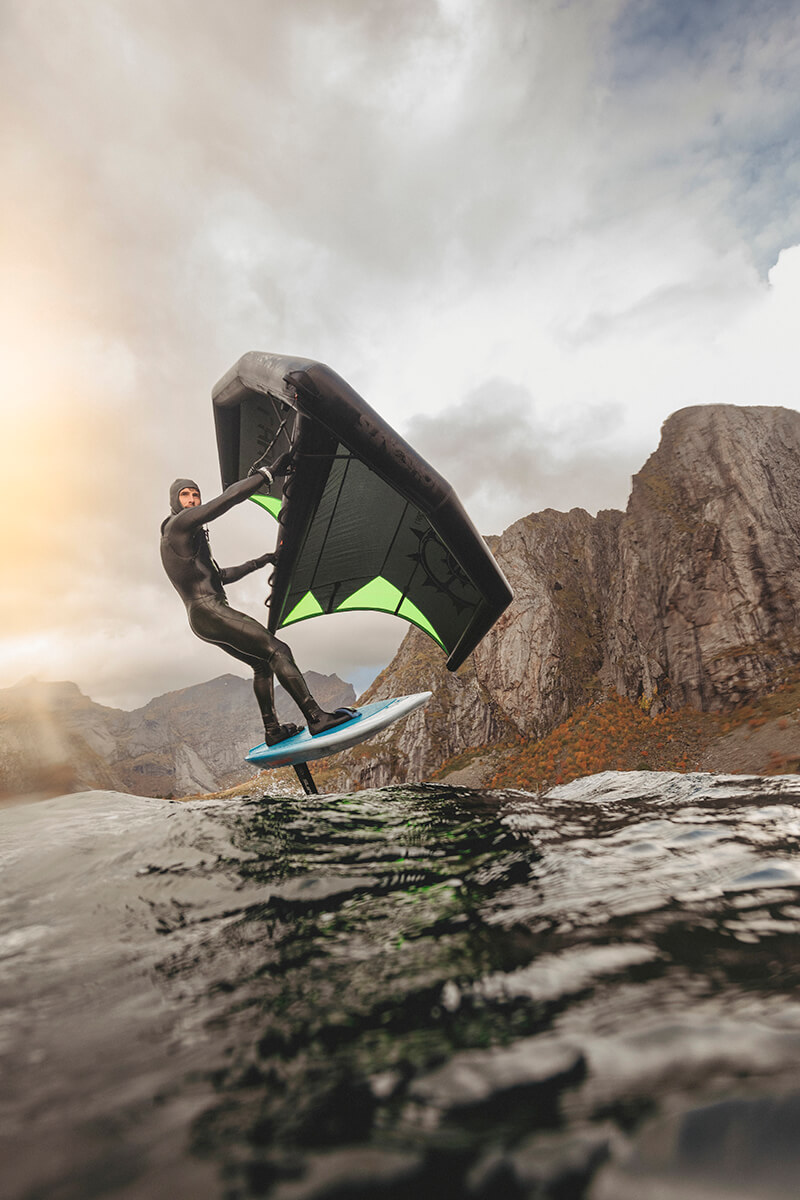 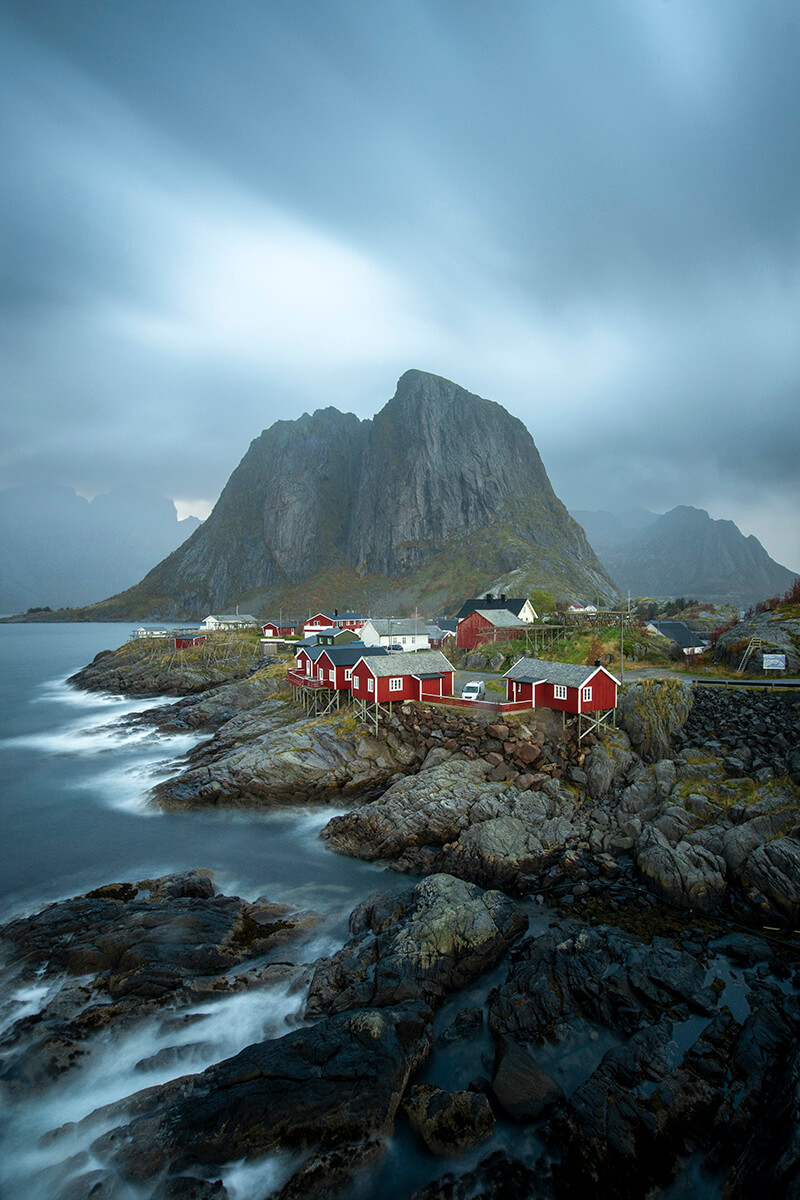 On the fourth day the wind wasn’t playing ball so we took a little trip to the most southern point of the Lofoten that we could get to by car. We went for a hike and were rewarded with some amazing views. By now we’d got to know the area and checked out different beaches, and worked out where would be best in which wind direction. We looked at the forecast for day five and scouted the beach where we wanted to kite. This would definitely be the right beach for the wind direction. When we arrived on the fifth day, although the conditions looked very good from the shore, it was not my best session. The wind was super gusty, and the water was choppy. After 30 minutes, the wind direction changed to the north, followed by a severe temperature drop. With three degrees and a gusty 25 knots, it got super cold, but hey we scored a ride! 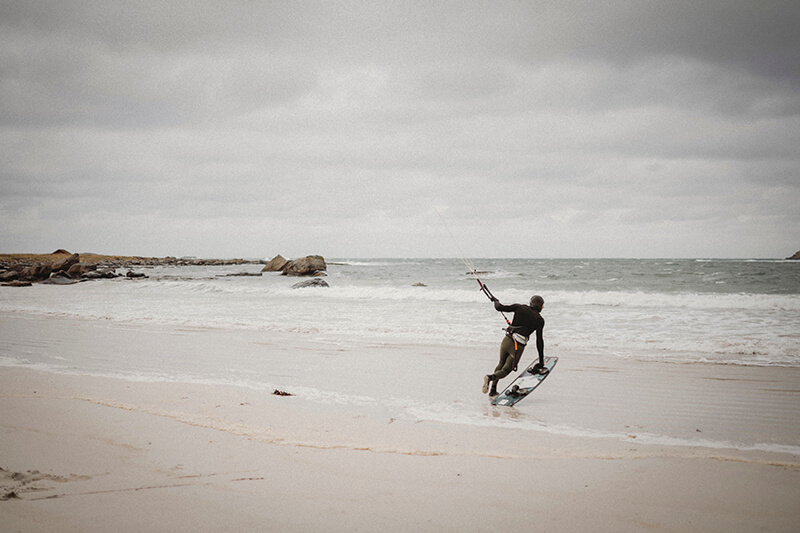 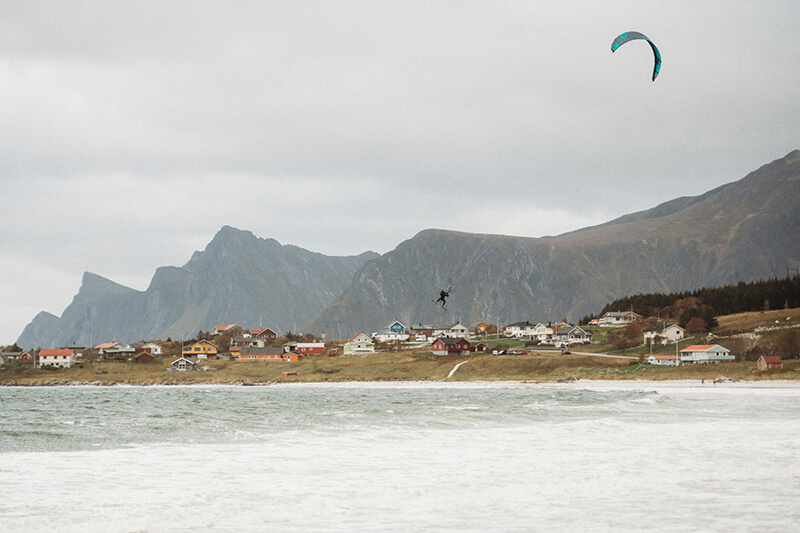 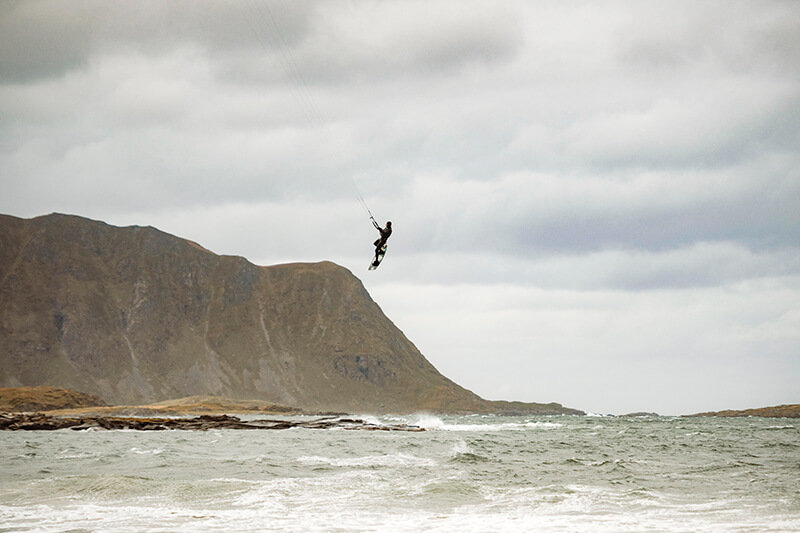 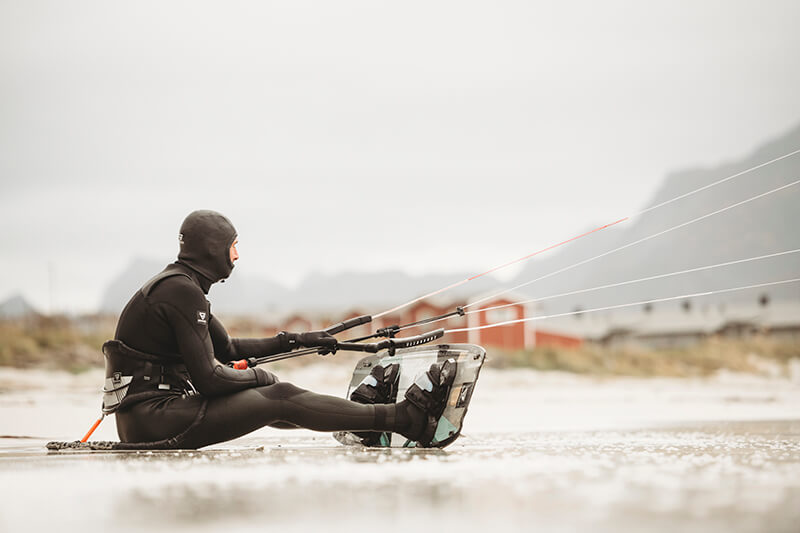 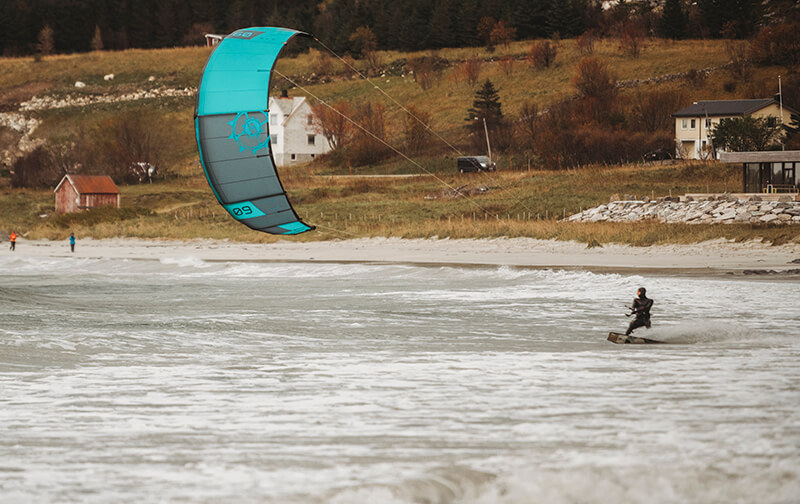 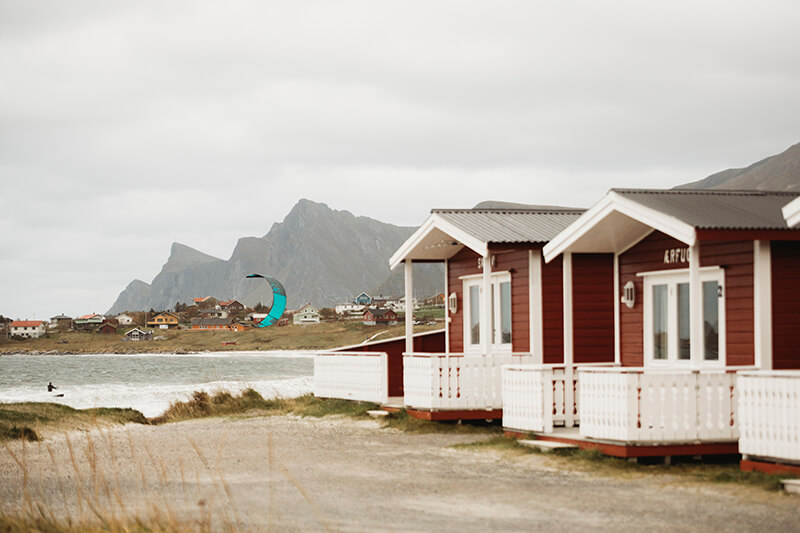 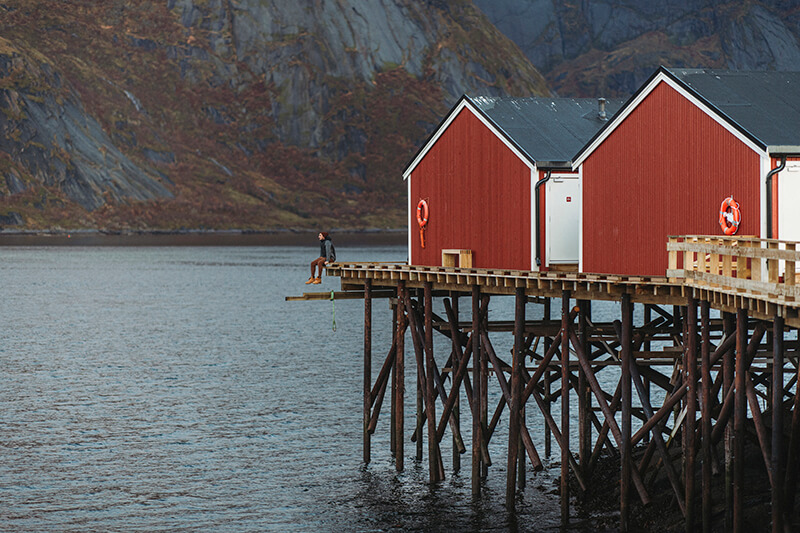 On day six there wasn’t that much wind on the forecast, but we ended up being lucky – we were blessed with a solid 25 knots and went out for an awesome session. Sadly it turned out to be my last session in the Lofoten, but it wasn’t a bad one considering the dramatic background of the rocky mountain peaks, right?! After an early rise the next day, we spent our last morning in and around the cabin. We realized that although we’d already spent one week here, we were still amazed by the stunning scenery. Even though we didn’t get the most epic conditions as we’d hoped for, the Lofoten surprised me and left me pretty awestruck ■