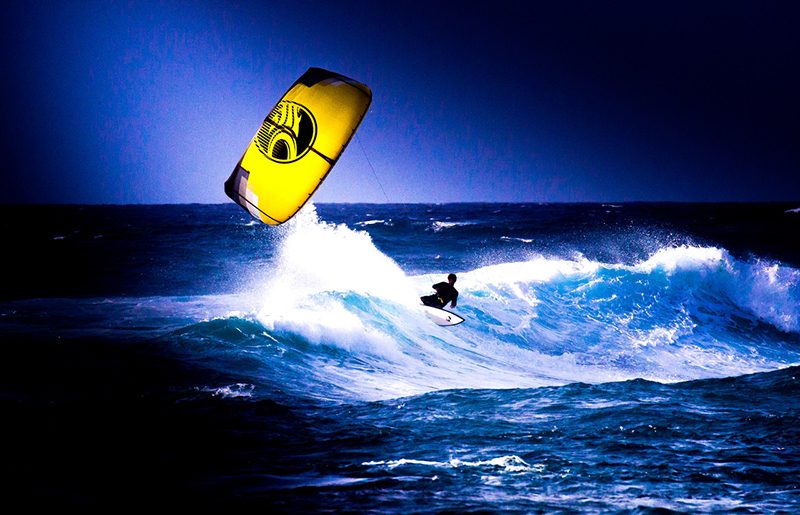 Keahi De Aboitiz and Moona Whyte, both multiple kitesurf world champions, turn their North Shore stomping ground waves into a playground. Shot and edited by Anders Krüger, the short film documents some of the finest kitesurfing on the planet. Check the interview with Keahi and Moona below about this North Shore season.

Dreamland documents some of Oahu’s best winter swells. How did this year rate?

K: This winter actually started off a little weird with a lot of average swells and onshore winds, but it really turned on in the middle with a few amazing days of waves. Oahu can be really fickle, but when you get those magic days, its home to some of the best rights I’ve kited. Having a few swells in a row really allows you to get more comfortable out there and push it a little harder every session!

Moona, you’ve grown up on the north shore, so it seems like surfing and big waves are in your DNA, can you describe life as a north shore local?

M: Pretty much everyone on the north shore surfs or does some type of water sport, so it’s cool to always be surrounded by that energy and those people. Everyone’s daily life kind of revolves around what the ocean and weather is doing! 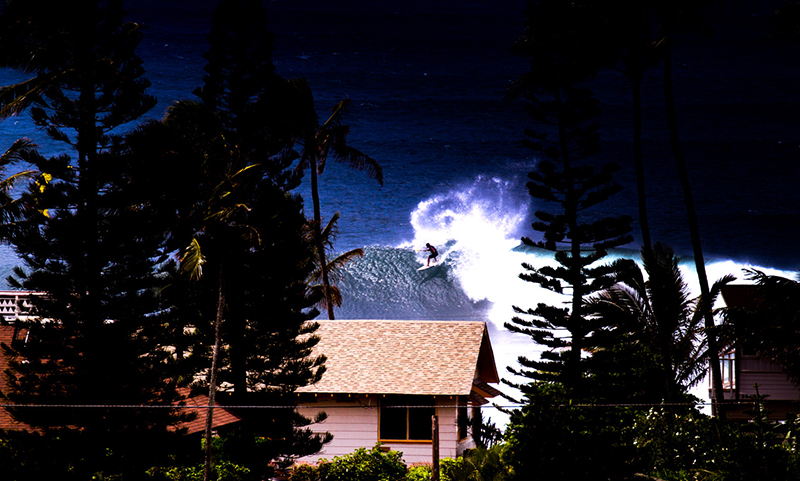 On video it looks effortless and sometimes hard to see that actually the wind conditions can be incredibly testing, how hard is it to line things up there?

K: Haha, the wind is definitely one of the biggest challenges out there. Sure it can be nice and clean wind some sessions out there, but most days like the ones shot in the video where the waves are firing, it can be really up and down and a lot of work. You have to be comfortable when the wind gets and prepared to swim in any session out there. It’s not uncommon to see us bodydragging through the lulls out there some days. One of the sessions in this video, the wind would actually come in puffs where it would blow for a couple minutes, then die completely sometimes leaving you drifting in the lineup waiting for it to come back. You just had to time it with a set and too be honest we actually got some of the best footage from this day! 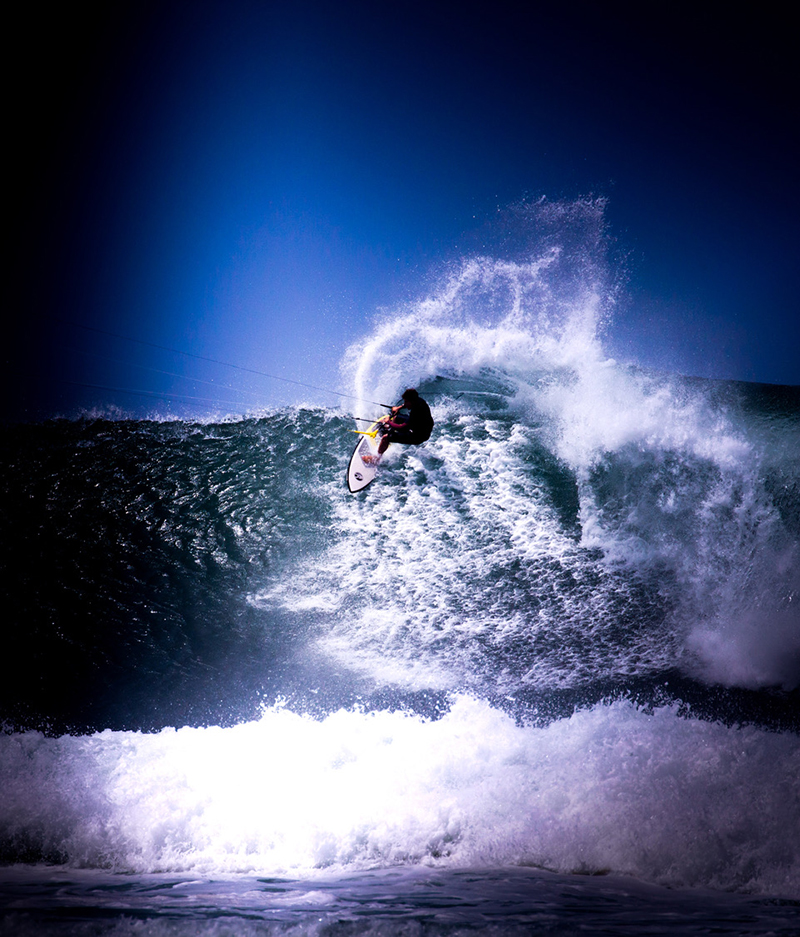 Moona, you are at the top of womens kitesurfing, an area of the sport which more and more girls are getting into, do you have any advice to help girls improve their riding in the waves?

M: I would say to get out on the water as much as possible because the best way to improve is to get experience. You can even practice turns on flat water before going in the waves. Also watch lots of videos of other girls kitesurfing and surfing so you get an idea of what you want to aim for.

What are some important things that help when the waves go from playful to more serious? Is there any info to help avoid injury and scares?

M: Always know your limits. Don’t go out in waves you wouldn’t be comfortable surfing or swimming in because if you crash or something goes wrong, that’s exactly what you’re going to be doing! 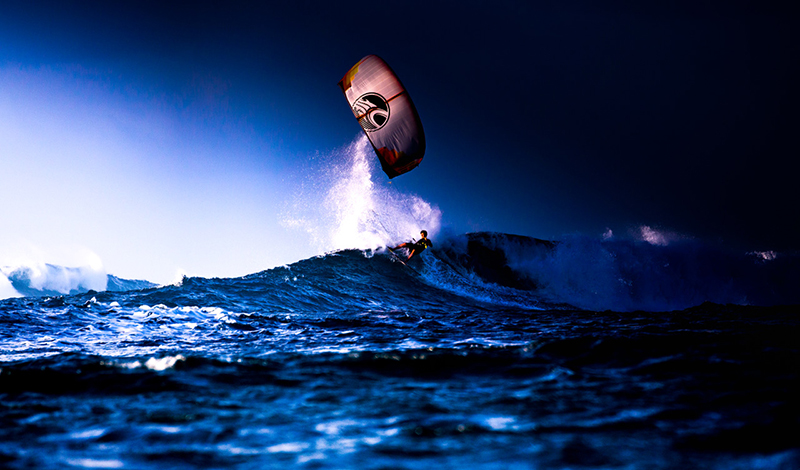 Keahi, You surf pipe a lot also and seem to have established yourself in the pecking order after scoring some rides that almost won surfings prestigious ‘wave of the winter’, as a kiteboarder this seems almost unheard of, how close do you think surfing is to kitesurfing at the moment?

K: I think they can actually be a lot closer then most people think. With kites continuing to improve, its allowing us to handle more different wind conditions then before and focus more on just surfing the wave without the kite hindering you too much. Having that that additional speed from the kite allows you to come into a section with so much speed which is one of the thing that attracts me so much. Its cool to see a lot of the surfers and lifeguards all pretty amped on kiting with more and more surfers wanting to pick it up each year. 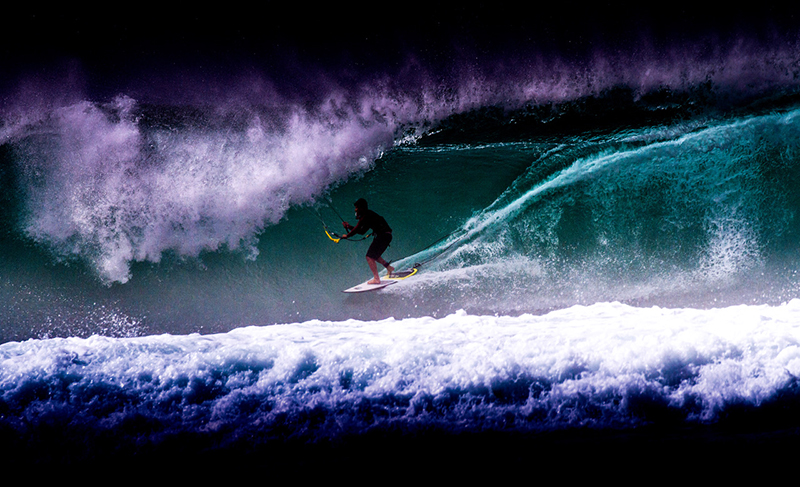 You two are a dream couple, both hold the World Champion title. How is it riding together?

K: It’s always fun riding with Moona. Having grown up in Hawaii surfing all the time, she’s also really comfortable in bigger conditions so she can really hold her own out there. Its amazing to have the same passion for waves and to be able to share sessions like this with her!

M: It’s really nice because Keahi is so experienced in all conditions so I always feel a little safer when he’s out with me! It also helps my riding to be out with someone who’s always pushing the level. 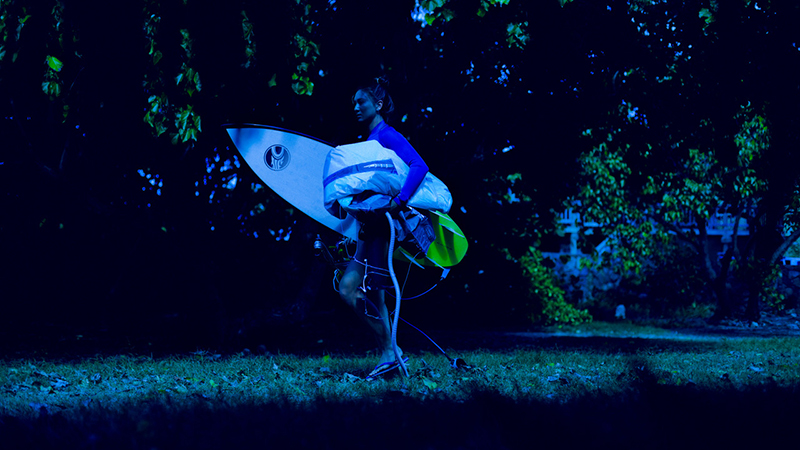 What setups were you riding the most?

K: Kite wise, Drifters have been my go to for the last few years now. They’re solid and forgiving and can really handle sketchy wind better then a lot of other kites I’ve tried. Boards wise, the S:quad 5’9 is always my choice of weapon in bigger and more powerful surf. The more pulled in shape, combined with the extra length and quad setup really handles the speed well in these kind of waves. It allows me to lean into turns with a lot of power without feeling like its going to slip out. In smaller, less powerful waves, I’ve always liked the spade as its much more maneuverable. 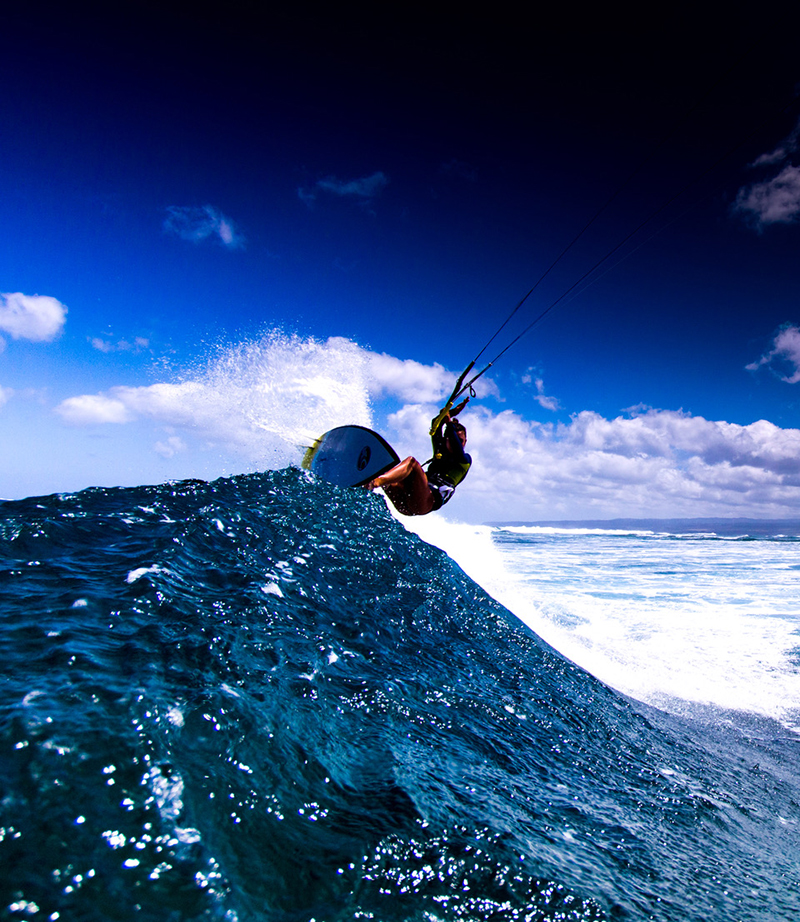 How is it working with Anders?

M: I love working with Anders. He’s so mellow and chill so you always feel comfortable in front of the camera, and he’s always really stoked about the shots. And of course the videos always come out really cool.

His nickname is the sloth, is this because of how fast he moves or what?

M: He’s the sloth because he’s always content with whatever and he always has a chill relaxed vibe. 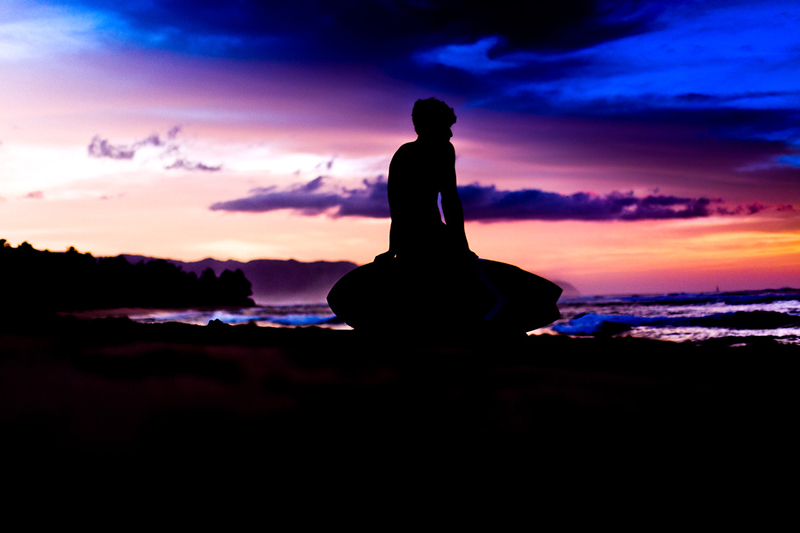 How hard is it to leave Oahu after the winter months?

M: It’s hard to leave any time of the year! If we score all the good swells, then it’s nice to travel to other places after, but when you see another swell coming that you’re gonna miss, that’s when you get the FOMO.

Check out Moona and Keahi’s set up:

This interview originally appeared over at Cabrinha. 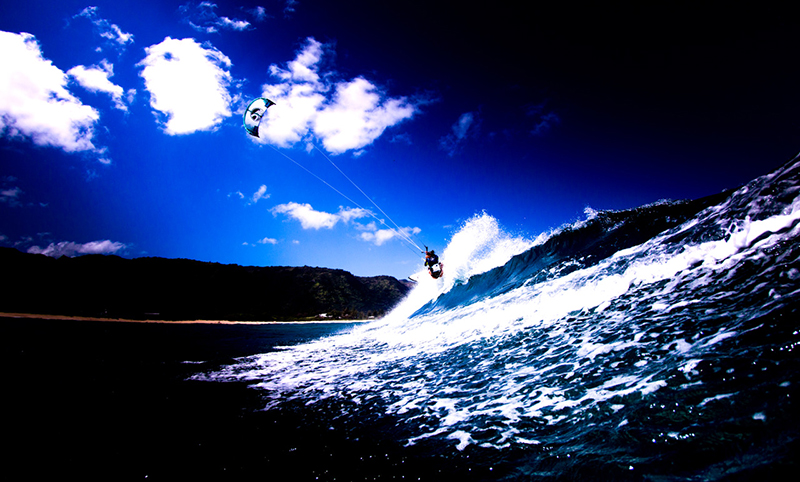