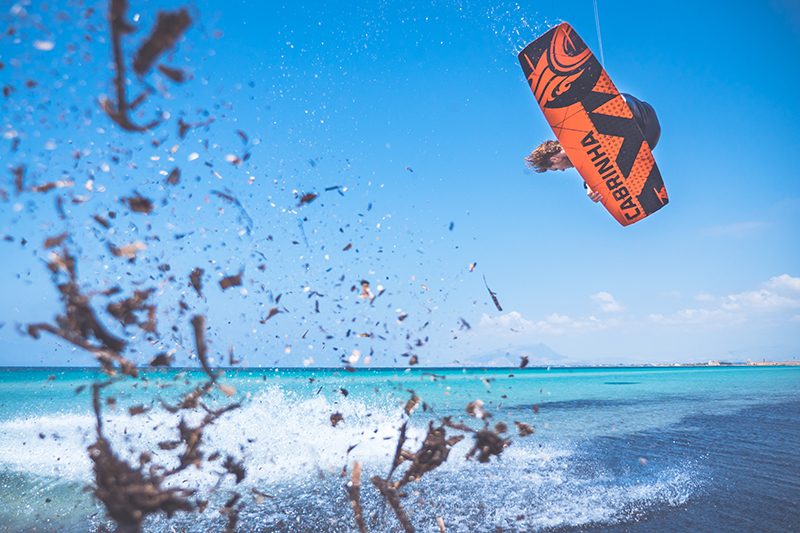 The Making of a Kite Movie

With the insane number of videos and clips that whizz their way across our screens nowadays, it can be easy to forget that a lot of work goes in to some (but not all!) of them… For you they are a nice way to pass four minutes of your time when you probably should be working, for the guys who put them together they can be a labor of love… One of the best clips we’ve seen so far in 2017 was “Alby’s Kite Paradise in Sicily” which did exactly what all good videos do: it really made you want to go kite.

Here the man behind the lens, Laci Kobulsky, talks us through how it came about… 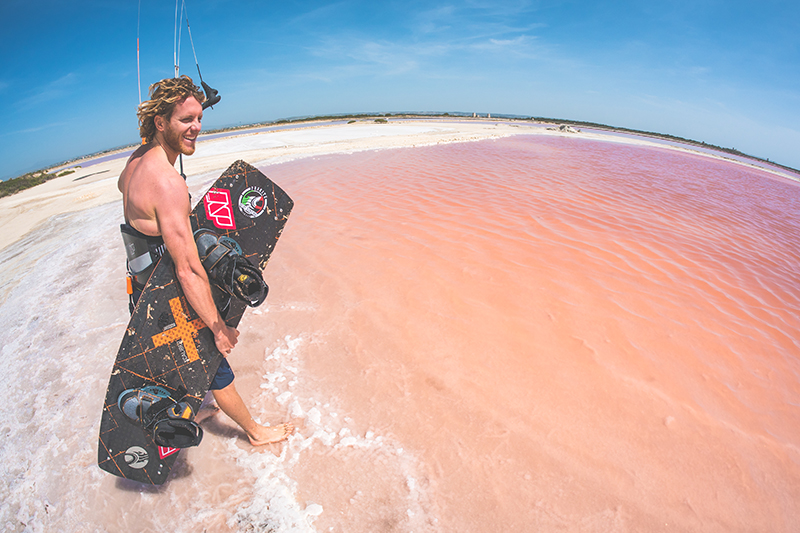 With this video we wanted to create something different to a regular video showing off our riding skills that you would watch during your work break. We wanted to produce something that can send a message and can motivate and inspire people… The idea came into my mind last year in November when I was cruising the lagoon at ProKite Alby Rondina during the south wind (which is more common in spring or autumn) and I went outside of the lagoon on my own. It’s quite a venture to get there because you have to ride outside the lagoon and then upwind on the open sea which took me about 40 minutes, but once I got there, it was truly mind-blowing. Endless flat water spot with beautiful colors and perfect wind. That time I knew I wanted to bring all my camera gear here and let Alby shred the waters which would be an easy recipe for a quality video. Although in reality – of course – it was not as easy as expected… 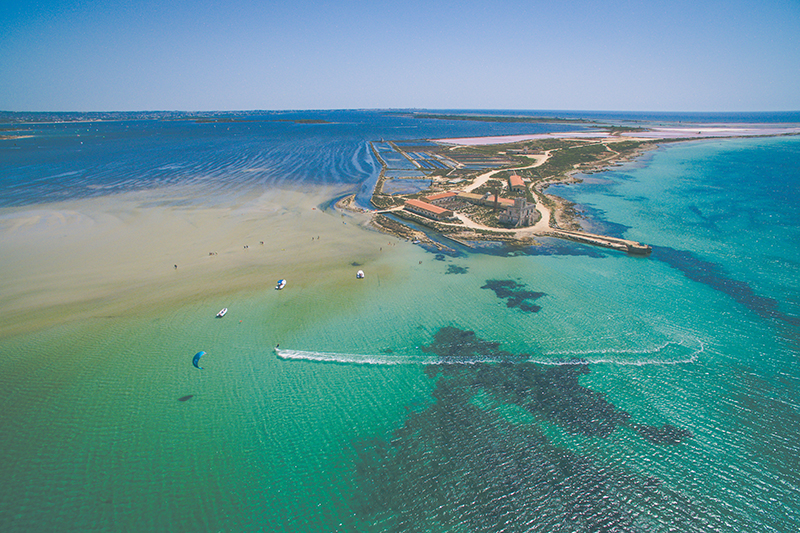 First things first, so many people were asking us where is this magical spot and it’s about the time we share this secret with you. It’s located on the north side of Lo Stagnone lagoon, but is outside on the lagoon on the open sea (in the direction of Favignana island) and it works with south wind direction, when the water is perfectly flat and the wind is constant since there are only salinas (the salt lakes) on land upwind. There is a huge flat water spot with perfect conditions, but instead of nice beach on land there are tons (literally) of seaweed which are washed out from north wind days. Anyway we used them to our advantage during shooting and it made the spot even more unique. You should be very careful when you kite there due for two reasons. First, the first couple of meters into the water are quite shallow with very hard sand, so take care not to crash there, secondly (and more importantly) you are on an offshore open sea spot miles from any population without rescue, so always go there in a group that can support you during any problems, or rent a small boat at the nearby marina. The south wind is very unpredictable so be ready to walk back if the wind drops. 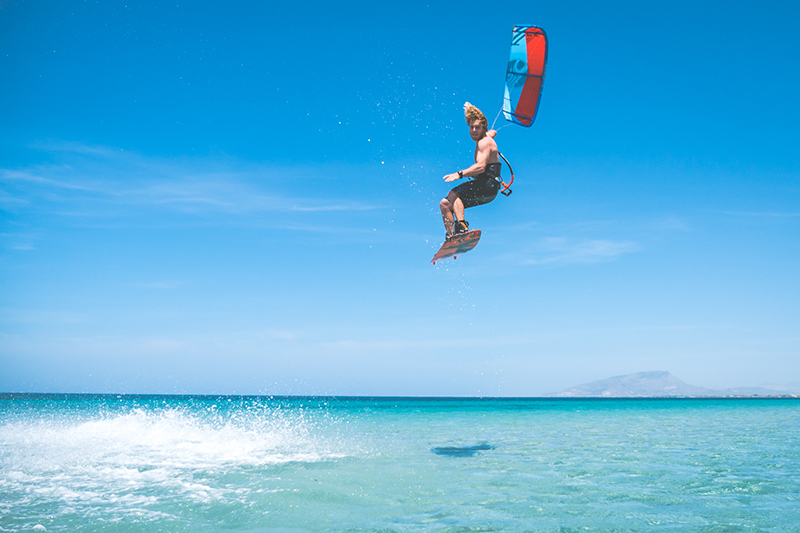 It’s fairly easy to get on the spot when there is good wind, since you just kite downwind. It’s another story to travel there with all the camera gear and to get back! Usually Alby just rode there and sometimes I followed him on kite with the camera inside a waterproof bag, other times when I wanted to bring drone and gimbal I had to walk all the way there (you can cross the channel in San Theodoro on foot), which took me about an hour, fun times… In total we went there 4 times to complete the shots I had planned in my mind. 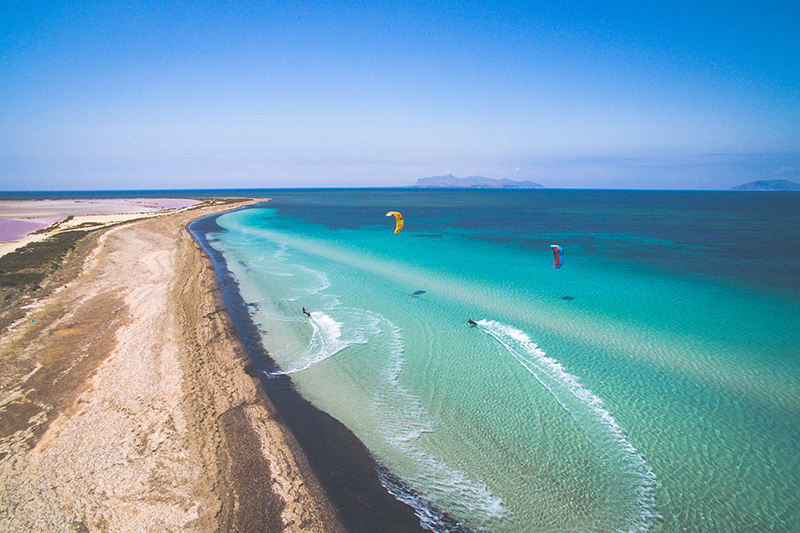 I had a quite clear idea for this video – I wanted to shoot road to a spot with drone, drone shots of the spot, some gimbal shots and of course some kickass freestyle. Not always it was ideal, first time we went there wind picked up so it was too much for unhooked tricks, other time it dropped so it was barely kiteable. One time we took Agata Dobrzynska with us and she broke her board like, at her third jump. I was feeling sorry for her staying all alone on the beach so I took her to the water to pose as foreground for Alby’s tricks and it worked super well! The shots actually ended even on People Are Awesome YouTube channel so we could not ask for more… In the end every trip to the spot was different and it was important to be able to improvise. If the wind dropped then we would pull out the fisheye and do some beauty shots, if it was stronger we would shoot big airs with the drone etc. 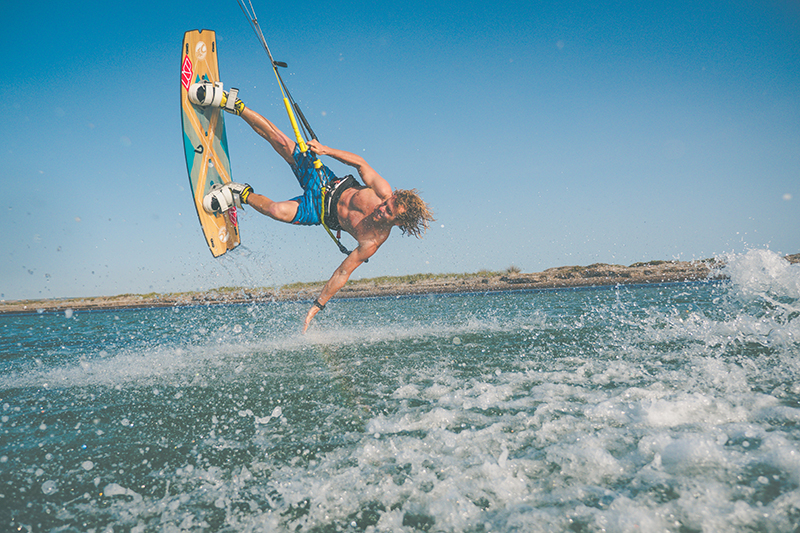 What was the best moment during our trips? Well apart from my own kiting (between the shoots I always stole some time for myself and every time I had an epic time. Well… apart from the one time I crashed the kite on salina wall and broke my kite) it has to be the gimbal shot of Alby’s BJ3 grab. For a long time I struggled to get a really steady kite video clip, old stabilizers did not work in the wind and other methods were too expensive. Luckily technology progressed and this winter I was able to buy an affordable and portable handheld motorized gimbal and after few tries I managed to get epic shot when I kind of glide over the beach while Alby enters the shot with perfect stomped BJ3. Then my assistant Teresa threw some seaweed into the shot during the landing as a special effect. It was just perfect, I believe I was screaming with joy after! 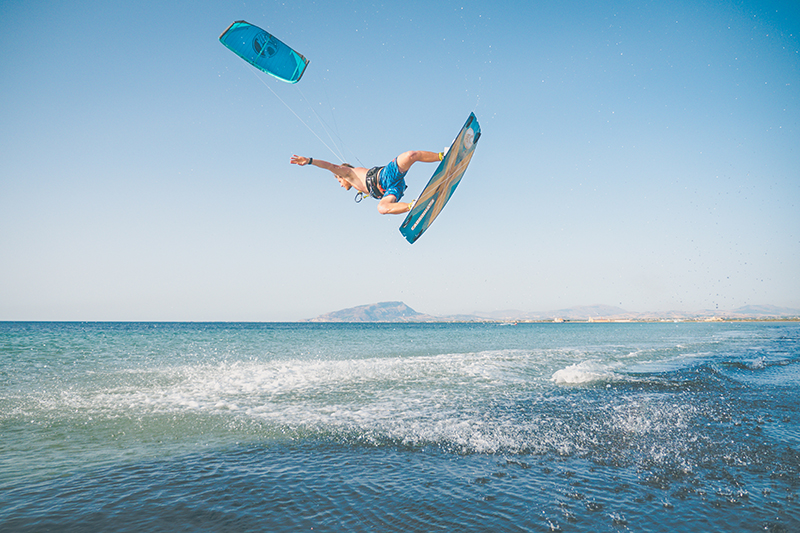 The whole point of the final video was that if you are brave enough to break the routine of your life and take the extra step then the reward will be a driving force that enhances your life. This was ‘the story’ of the project. We could have just kited next to our center in perfect flat water, and done some nice videos and kept it easy. Instead we took the hard way, took time off work, traveled far to remote spots and had many complications – but in the end I have to say it was all worth it! We had epic experiences during the shoot and I think it’s those special moments of life that we will remember in years to come…
Now we only hope that our story will motivate you to follow our example and strive to experience the unknown!

This article originally appeared in TheKiteMag #22. To subscribe, go here. 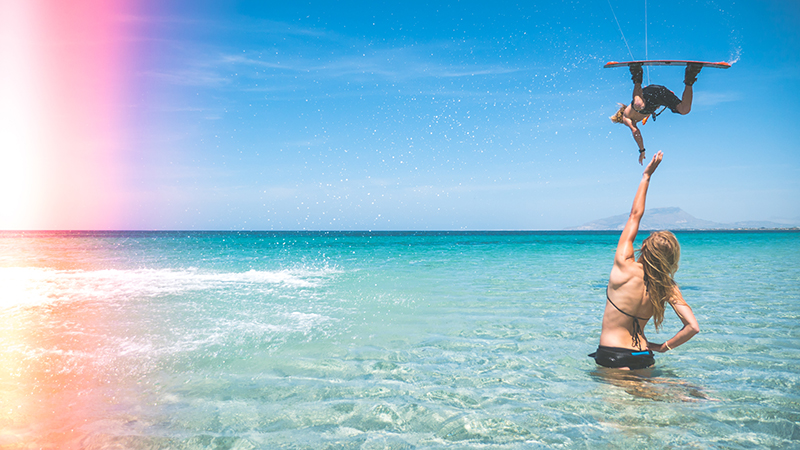 To ride spots like these and more, visit www.kitesurfholidays.com