The Many Faces of The Philippines 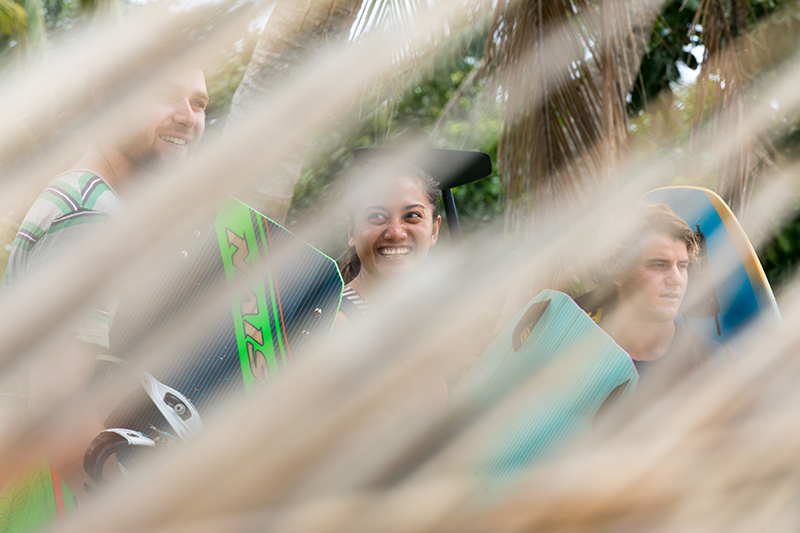 It’s always exciting visiting new kite locations, but even more so to a place where the kite spots aren’t even kite spots yet. This was the case when we were visiting the most north easterly province of the Philippines, Cagayan, to explore the rough and rugged coastline and find windy paradise. 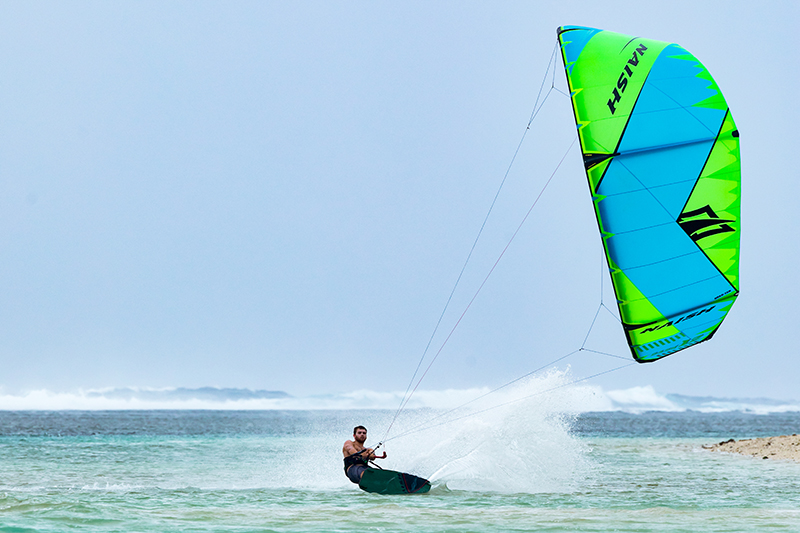 Our trip started in the bustling metropolis of Manila, home to 22 million people and the most densely populated city in the world. This was a bit of a shock to the system, arriving to the middle of the city surrounded by pollution, traffic like I have never witnessed, and heat that initiated a few clothing changes throughout the day! Wading our way through the city we explored all its crevices and hot spots with our local tour guides Paula and Dane, who know the city better than anyone. It’s a very striking experience amongst all the homeless people with young children on the side of the streets, and babies lying between traffic, as we were walking around with expensive kite gear and camera equipment, it definitely felt like we were a little out of place and definitely privileged to be wandering the city in our circumstances rather than some others. At the end of the day, returning to our hostel and the cool breeze of the air conditioner was a reward like no other… 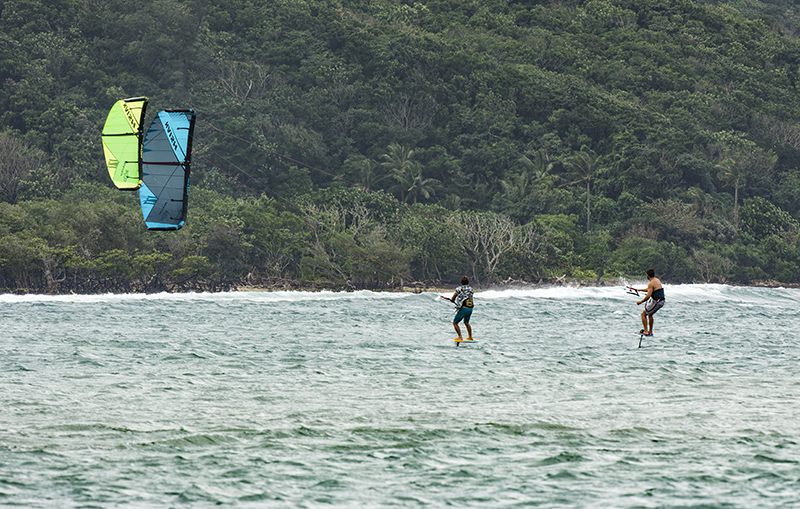 To The Beach
After two days it was definitely time to escape up north to the trade winds and tropical waters of Cagayan. Although Manila was an experience. It’s great to see and do this kind of thing every now and then to gain perspective on how so much of the world functions and lives. 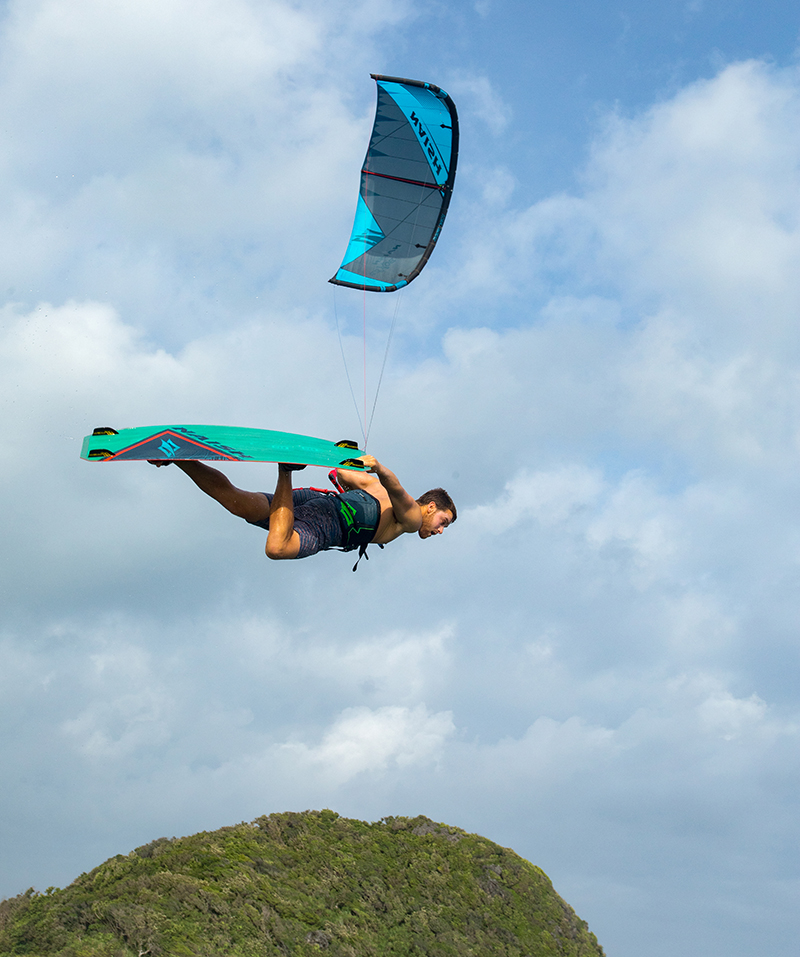 All packed up and ready to go at night, our bus arrived in the middle of town and we boarded what was supposed to be an eight hour, 600km drive through the countryside. Although this ended up being a bigger mission than expected. We got in the bus and had a good sleep, and I awoke expecting to be pulling up in Santa Ana (the town in Cagayan) but then, after checking the map: eight hours in and we had barely left the city and were only about half way. The roads are small and chaotic throughout the entire country, where buses, trucks, cars, tuk tuks, scooters and animals all share two lanes, limiting our cruising speed to something a little under what we expected. Finally – after 15 hours – we arrived to our hotel, a vast resort with its own runway and casino, but no one to be seen other than staff. Definitely a change of scene from Manila.

Our first day was spent exploring the locations for our shoot. The locals put it all on for us with cars and jet skis at our disposal to search out new spots around the islands and reefs. After sussing out the spots that would work for the cycle of trade winds rapidly approaching, we finished the first day tow foil surfing at the most picturesque reef break I have ever ridden. It was my first time foil surfing and what an experience it was! Whipping into a lump of water and going from gliding to all of a sudden feeling a surge underneath your feet and the foil is powered. We towed until the sun went down and we all had some great long rides, linking peaks together then cruising back to base with a purple sky, cold beers and feeling totally refreshed and reborn after our city stopover and never ending bus ride. 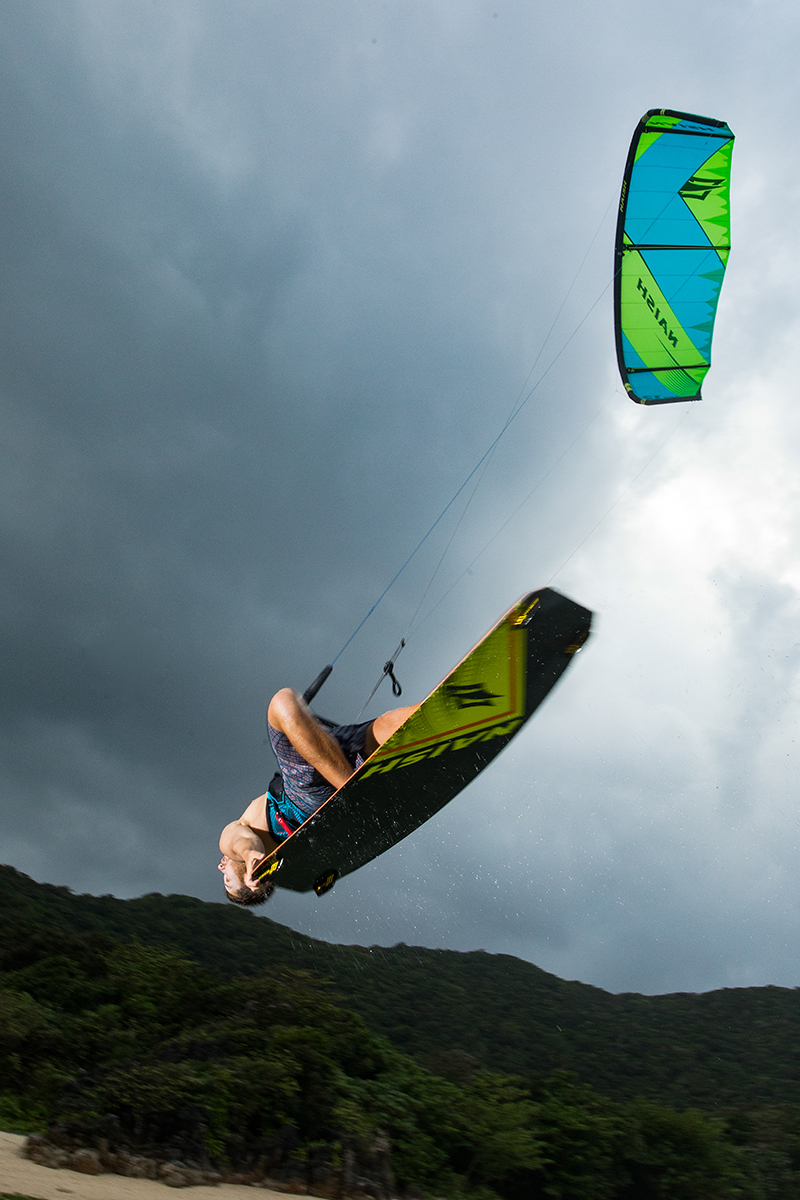 Local Heroes
Our first morning waking up in the north and we were welcomed by wild conditions. 30 knots and rain was not what we were expecting but it sure made for entertaining riding and a tough job for our camera crew, Olivier and Frankie. We shot the first day at the marina in town where all the local fishing boats come and go. Jesse and myself enjoyed a big air session as the locals were left stunned, never having seen something like high wind kiteboarding before, let alone former King of the Air champion Jesse Richman going wild, boosting over their boats and looping over the pier. We had a great time amusing the crowd and stacking some crazy kiteloop shots against a jungle backdrop, whilst testing the new Naish Dash and getting accustomed to its looping power and lively feel. Then, after hours of riding, we ventured to the next spot on the other side of the headland. We were tired and sore and we were just at the start of this photoshoot and Damien, in charge of the shoot, was not going to let up on Jesse and myself until there was no wind, light or shots left to get! 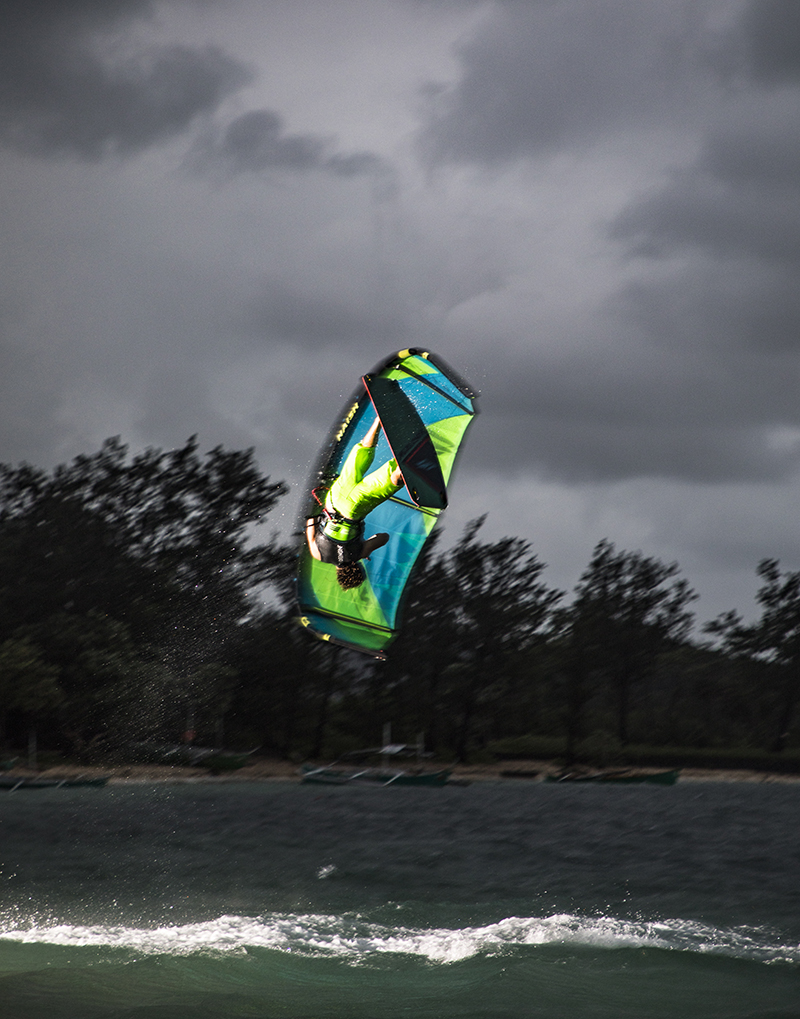 Throughout our four days of kiting in Cagayan we explored every kite spot possible and rode some untouched picturesque slices of paradise. We ventured into the waves, which ranged from mellow fat slow rollers to crunching triple overhead slabs, found flat water, hit the reef and foiled through the lagoons and everything in between. On our last day exploring all the mainland had to offer (or maybe not even scratching the surface) we boarded the traditional fishing boats and made for Palaui, an island just off the coast, voted one of the top 10 beaches in the world, and the kite spots surely near there too…

Cleaning Up
After one session, Paula had us organized to do a beach cleanup from the kite beach down to the village primary school. Our aim was to raise awareness and educate the locals about the effect human waste has on the environment and to protect and cherish the beautiful piece of earth they live in. We involved all of the local boat crew in the clean-up, and by the time we had reached the school, we had about 20 large garbage bags filled with trash, from food wrappers, old fishing equipment, plastic bottles and even old shoes. I think delving deeper into this issue with the locals and really showing them how many little bits of trash have built up in their habitat really made an impact and they were all super motivated to make a change and keep their paradise a paradise… 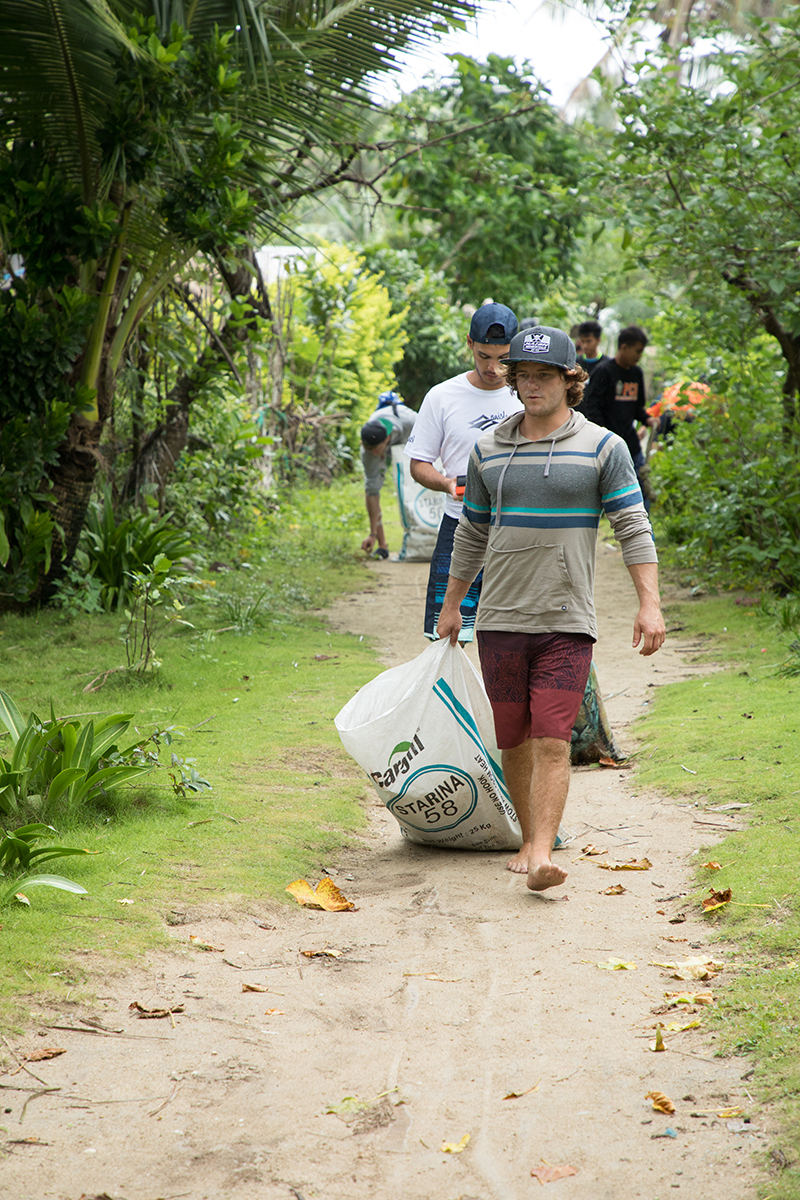 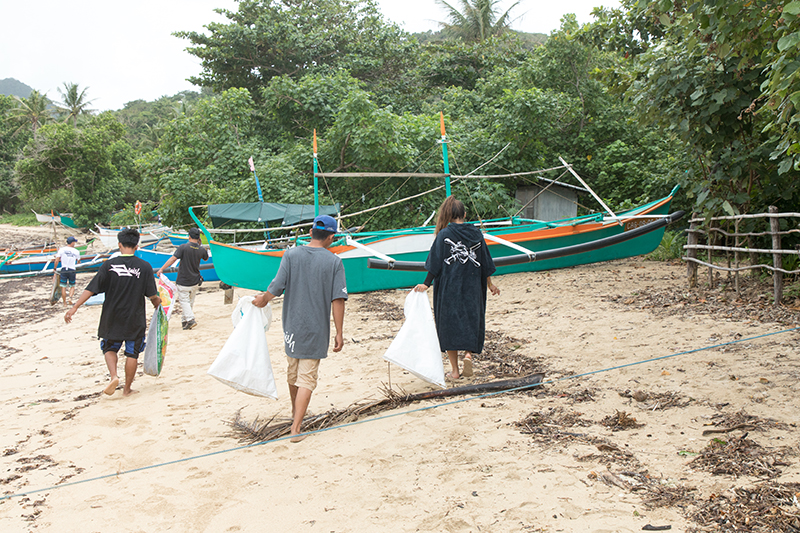 The school kids all cleaned up their school and we talked to them, with the help of Paula, about the issue and what effect it is having on the environment worldwide. It’s amazing to see such a happy community of people who live such a simple life, and shows that real happiness is not materialistic, but about making the best of what you have and caring for each other. Afterwards we took the kids back to the kite spot and they all played with the kite gear, and leading by example we made sure to leave no trace and finish up our trip with the island in better condition than we found it.

Out To Get Lucky
On the final day of wind, after completing all of our tasks, Frankie and Olivier stacking all the shots we needed and Jesse and myself completely out of energy, we celebrated with a great local dinner and then a trip to the casino to see what was going on. The food was great, local fish and delicacies partnered with fresh juices, but what we found next in the casino was jaw dropping… Walking in we went through all the security checks, so common in the Philippines, and walked into a vast open room jam packed full of tables, hundreds of staff, but, very strangely, absolutely no customers. We had never seen anything like it: the amount of empty tables and money obviously invested in the casino, for no customers and no one to be seen. Apparently it was a Chinese online casino, where rich Chinese people hire locals to gamble for them online and spend an absolute fortune. It turns out that almost half the people in the town work at the casino but they’re either working on a table dealing, or gambling on someone else’s behalf, something I for one didn’t know even existed. 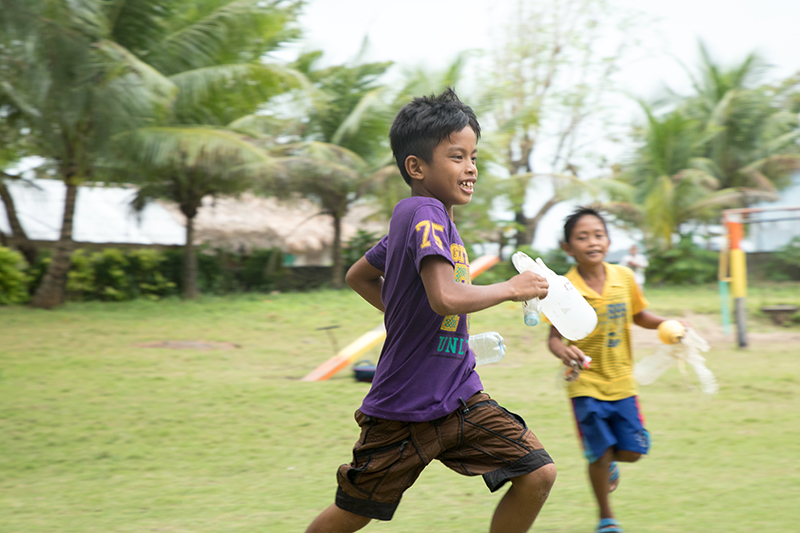 Cagayan was full of surprises and the whole trip was a great experience with a tight knit crew. We made the best of every situation and had a real adventure. After shooting on Maui for years, the trip was something so far from what we were used to and pushed us all to our limits to make it all happen. From the intense city to the rural outskirts of the country we experienced all the Philippines had to offer: paradise, poverty, happiness, sadness, wind, waves, manmade and natural jungles, and the amazing people. We had an unforgettable time and recommend the trip to anyone looking for somewhere a little bit out of the norm…

Fancy the Philippines? Check out the options at KitesurfHolidays.com 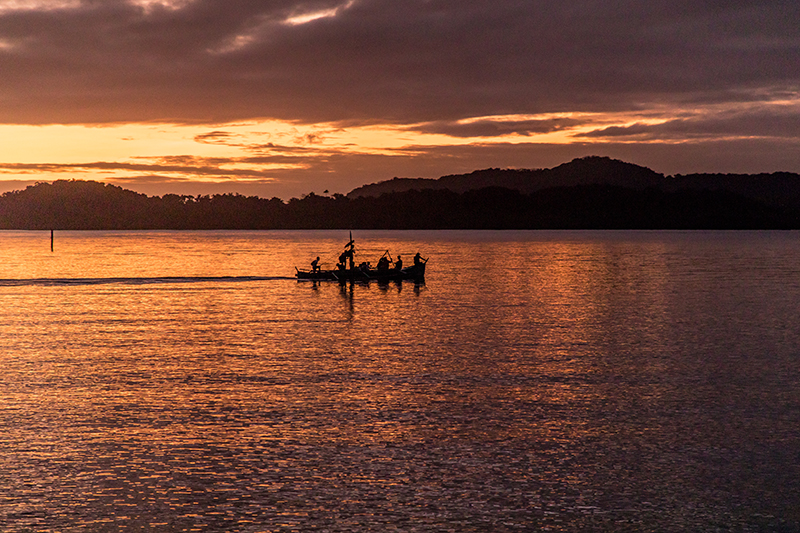