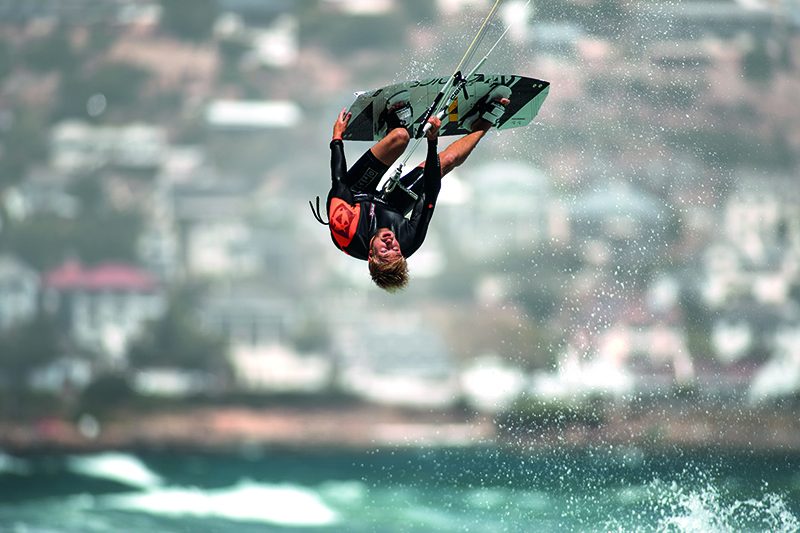 Tell Me About It: CORE Nexus

It’s new kite time at CORE and they have introduced an entirely new kite to their lineup to sit alongside the more established members of the gang. The Nexus generated plenty of excitement in the run up to its launch. So what’s all the fuss about? CORE’s head kite designer, Frank Ilfrich, takes us through it.

Where does the Nexus fit in to the CORE kite lineup?
It is the center of our Universal+ Series, right between the XR and the GTS. The XR stands for high performance freeride, big air and massive hang time, the GTS is our freestyle ninja that excels in freestyle, kiteloops and unhooked wakestyle. The Nexus fits in between the GTS and XR and sports superpowers in wave and freestyle.

What are the key characteristics of the Nexus?
It has an amazing turning speed and drift, that is what you need to ride and enjoy waves, but combines this with authority and power to perform in freestyle as well. Its power comes in a very well-behaved manner, meaning the power is always fully predictable and controllable without power spikes. This makes life easy and gives the rider the confidence to try things. The radical reaction tips deliver a perfect balance to the kite with precise steering input and crisp kite feedback at all times. 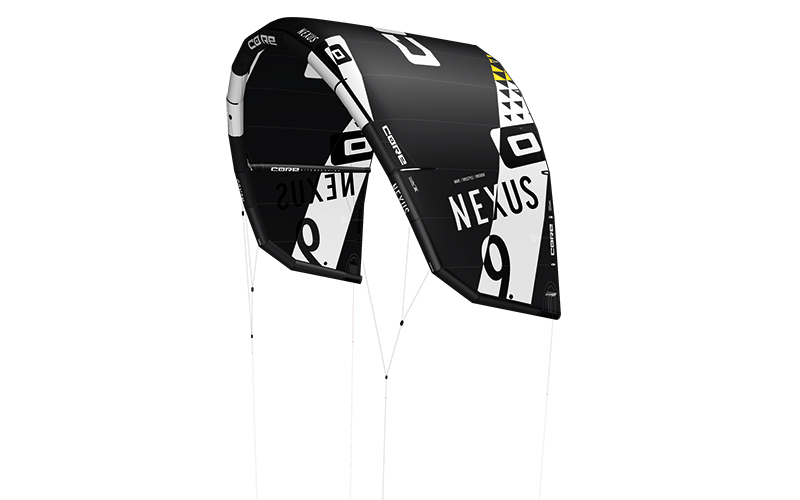 How have these been achieved in terms of the design?
The Nexus’ design genus is based upon CORE’s Future-C shape featuring a refined C-kite arc and wider “Radical Reaction” wingtips. We spliced the freestyle genes of the GTS and the wave genes of the Section into the Nexus and ended up with a kite that loves to have fun just about everywhere! The Nexus AR is sitting between the relatively lower AR Section (for drift, turning and stability) and the GTS high aspect ratio (jumping, looping and acceleration). I slightly modified the surf profile of the Section (smooth power delivery, fast turning, constant pull) towards the more progressive working profile of the GTS. The LE has a less progressive reduction of the LE diameter towards the tips, in combination with a fine-tuned strut position and our ultra-rigid Exotex dacron results in a rock-solid airframe, offering power and control over a huge wind range.

How many years has the kite been in development?
We maintain a two-year development cycle, so immediately after a kite is finished and ready for production I start with the next protos of that model. We started with two concepts for the ‘Free 2’: one traditional approach with the delta design of the Free and one with the new shape and let both concepts compete against each other… The Nexus won. 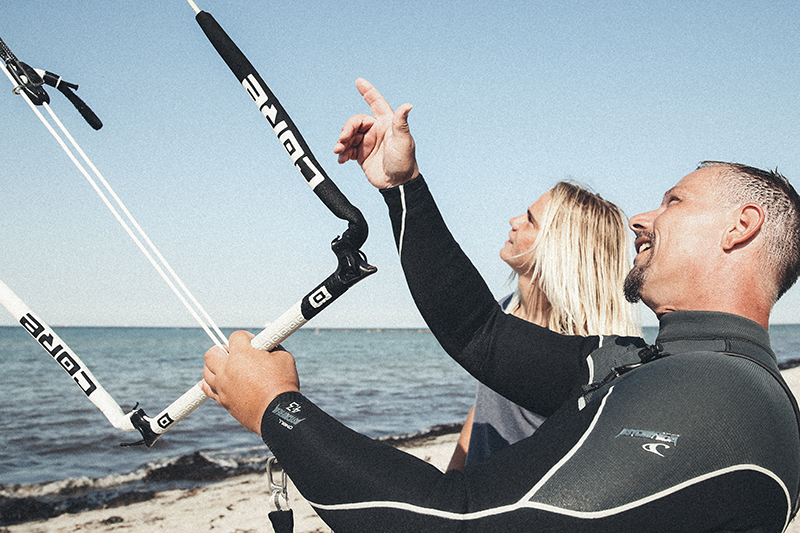 It must be satisfying to now see it in production?!
Well, for me it´s always a nerve-racking time until the feedback from customers, magazines and testers comes in. Of course, you want people to love the new baby and to see big smiles on the beach after a session. These are the real satisfactions for a designer, and of course good sales are another nice thing!

What can you tell us about the Radical Reaction Tips?
RRT means that you have a solid wide tip area and the direct force flow in the tip is very important. You want to have the perfect power distribution and no unnecessary unsupported structure. A good geometry will result in direct steering input and a precise flying kite with crisp feedback. Then the shape has to be aerodynamic too, so this tip shape balances the kite in the air and in drift. 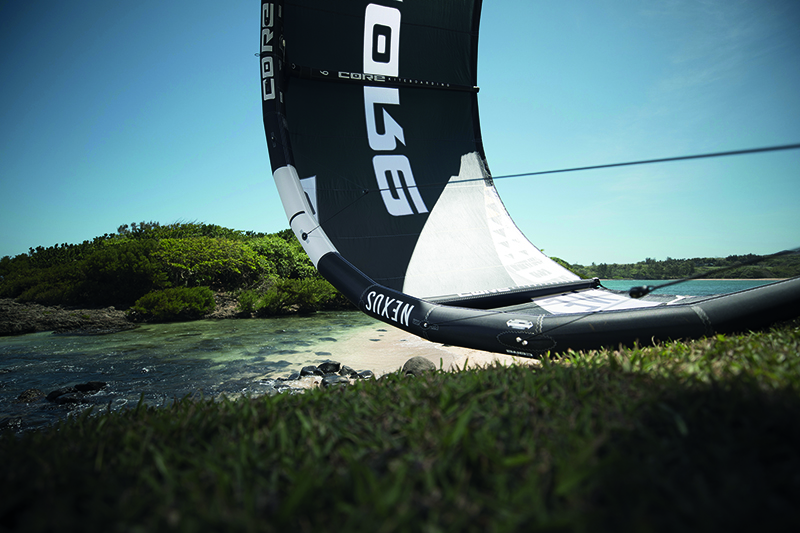 And the new CIT?
You may think that those three small CIT Mode adjustment knots can’t make much of a difference to the kite’s handling characteristics, but you would be wrong. Test them yourselves, and you’ll see how much you can customize the kite’s performance to suit your riding style better. Wave riders can dial in compact turns and more depower. Whereas freestylers can add more grunt and bigger turns. It´s not a completely different kite, but the modes let the Nexus shine in different disciplines.

Do you think you had to make any compromises in the development of the kite?
Well, the only thing that we could not reach – and this was clear from the start – was the ultra-light weight of the Section. But I honestly think that besides this, there are almost no compromises in the Nexus. It is a wave kite, it´s a freestyle kite and it excels in both. Freeriding and jumping with it is a blast and we enjoyed some nice foil sessions on the Nexus too. 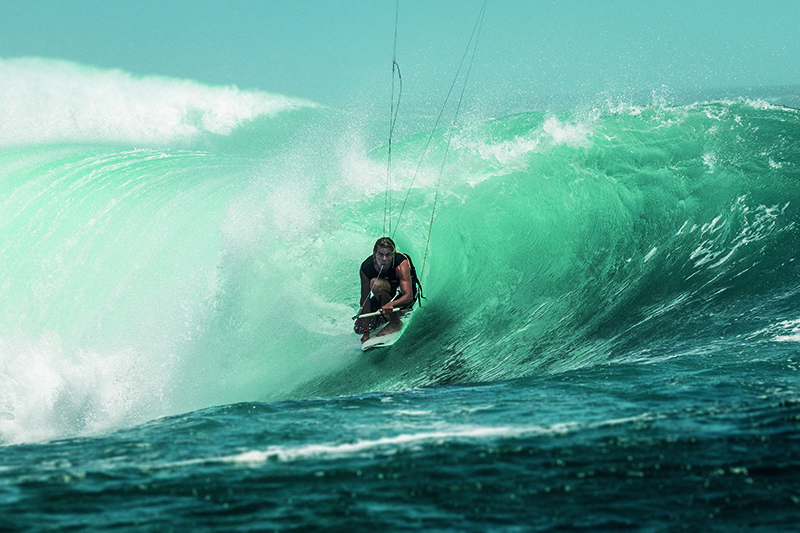 What length lines would you recommend riding the Nexus on?
Our bar has standard 24m line length, this is a good all-round length for all conditions and I would recommend that to start with. In my eyes, line length is a very personal thing, I know wave riders that only use 20m, and I know some who use only 24m to have more space in big waves. Freestylers use 22m a lot, as it is a good compromise of low end and direct kite control, but in the end it depends on your personal taste.

Is the Nexus closest to the GTS in design, and do you think guys who currently ride the GTS4 are most likely to consider the Nexus?
The Nexus shares a lot of features with the GTS. The question is whether a GTS rider should consider a Nexus is easily answered with the following question. What is your primary focus? If you say your primary focus is unhooked riding, extreme kitelooping, and some wave riding sessions, then you are a GTS rider. If your primary focus is waves, but you still love the freestyle and kiteloop sessions once in a while, then you are Nexus rider. 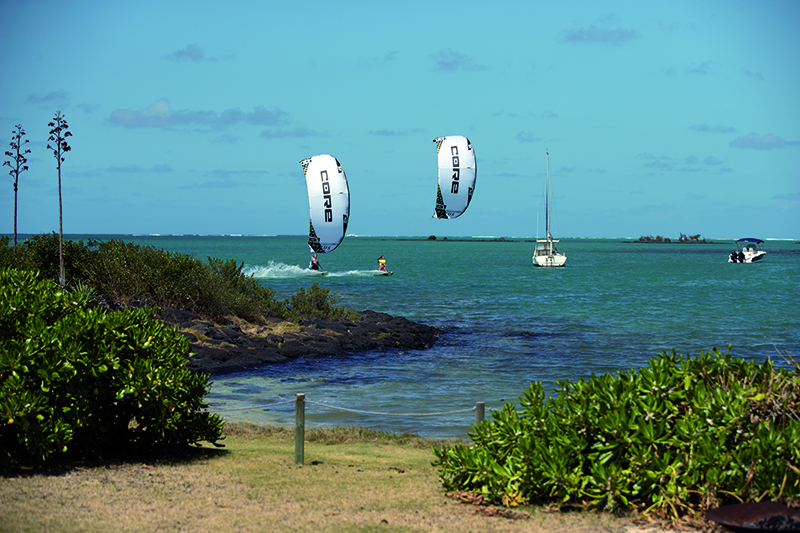 Your promo material has showcased Willow and Steven riding the kite – did they give feedback for the development of the kite?
They were very important in the whole development progress. Willow’s wave and strapless riding and Steven’s freestyle skills are on a very high level, so their feedback was essential. The products have to give them all the freedom and performance they need to rip hard, and the moment I saw them both performing with the kite, I was sure we had achieved our goal.

Why Nexus?
If you Google “Nexus” you’ll find that it describes what binds or connects two or more things. During development, we saw how well this new kite worked with both Steven and Willow’s differing riding styles. And we realized that one kite can have two characters…

This article originally appeared in TheKiteMag #26. To subscribe, go here. 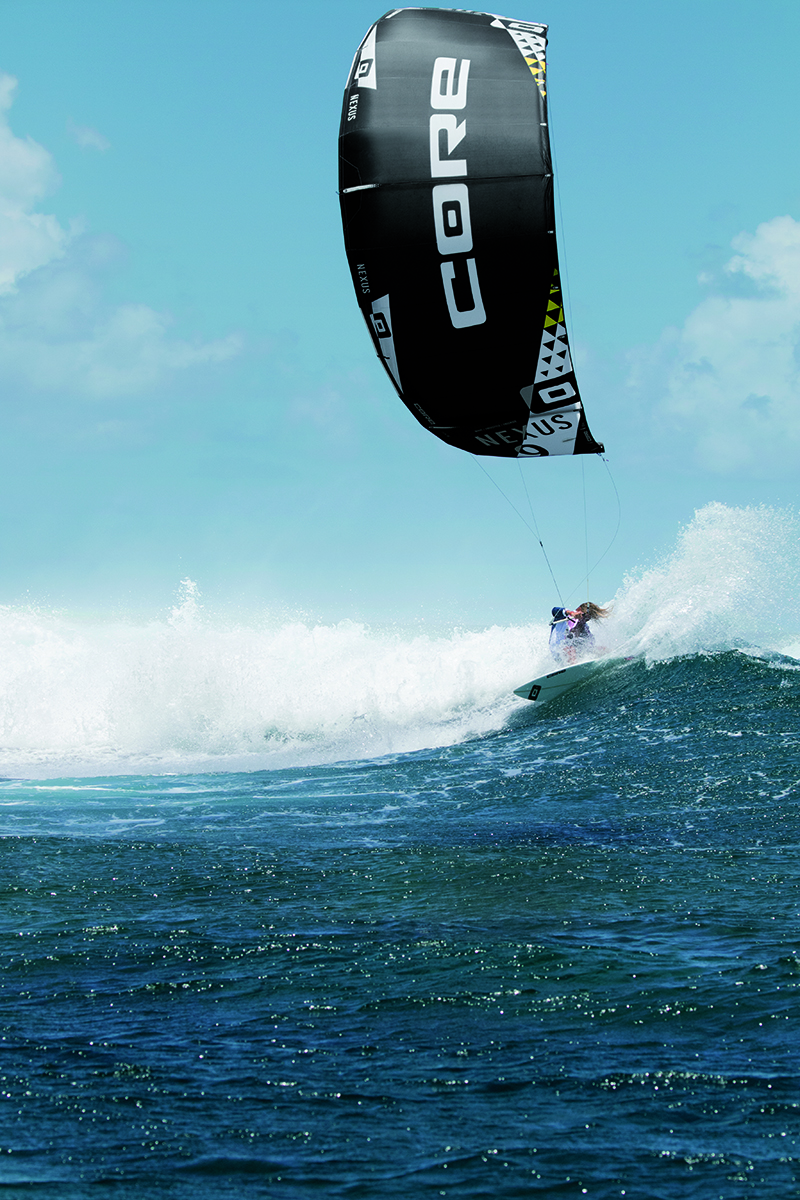