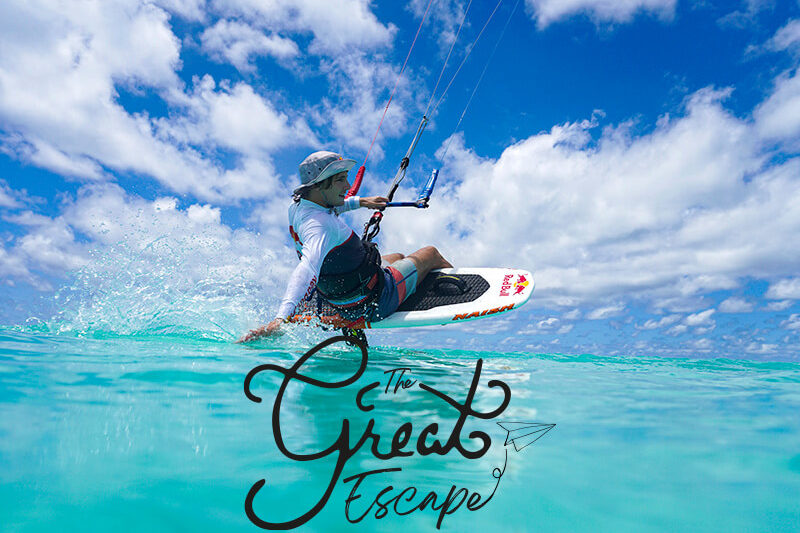 The archipelago of Saint Brandon is a group of over 50 islands, coral ridges and expansive sand flats, north east of Mauritius. Accessible only by a chartered or private boat, with a short window of time for ideal kiting conditions, this destination can be challenging to explore even without Covid restrictions. But Louka Pitot managed to get there and regaled us with this story of his journey.

If I had left France just a few days later, I am not sure I would have made it to Saint Brandon. We were wary of the flight schedule changing due to the second lockdown in France, and with December’s cyclone season on its way, we knew there was a high chance this trip would fail. By the skin of our teeth, we were able to squeeze it in and make it happen in the last week of November. I flew into Mauritius from Montpellier, France. Flying during the pandemic can be really stressful, and I found myself thinking about the ‘what ifs’ — what if I forgot my paperwork, what if the rules changed without me knowing, what if they closed the border — the list goes on and on. My worries subsided once I was in my seat, and since everyone is now used to wearing a mask in public anyway, the flight was not actually too bad.

I arrived in Mauritius on the 1st of November and kicked off my trip with 14 days alone in my room at a quarantine hotel, following the island’s strict protocol. Those two weeks in isolation were long to say the least. I spent most days on my balcony watching my brother kite and desperately wishing I were down there with him. In fact, the hotel I quarantined at was just 300m from my family’s home, and I felt lucky that I could get deliveries of food and necessities from them during that time. As the days passed, I was able to create a routine of keeping up with my university classes, working out, and stretching, to avoid going too stir crazy. It was difficult to be patient, but I had been looking forward to this trip for so long that I could have remained in quarantine for much longer if the situation had called for it — there is simply no price I would not pay to be in a place so beautiful.

“Those two weeks in isolation were long to say the least. I spent most days on my balcony watching my brother kite and desperately wishing I were down there with him.” 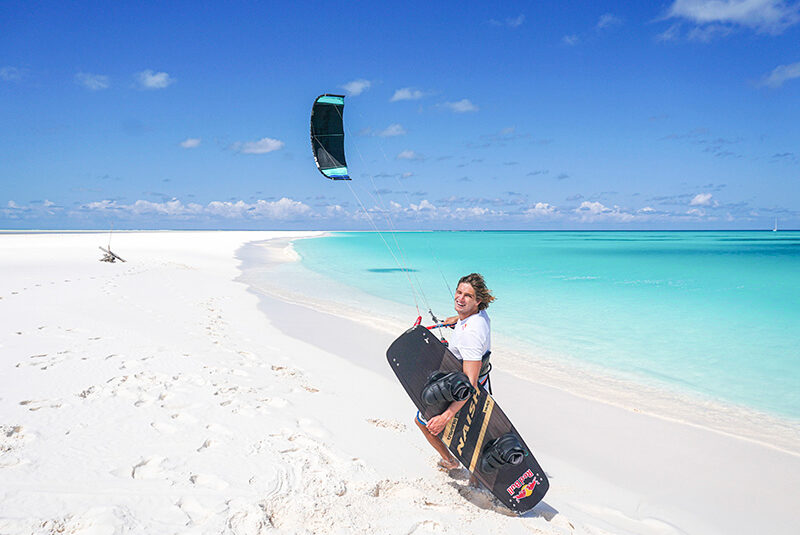 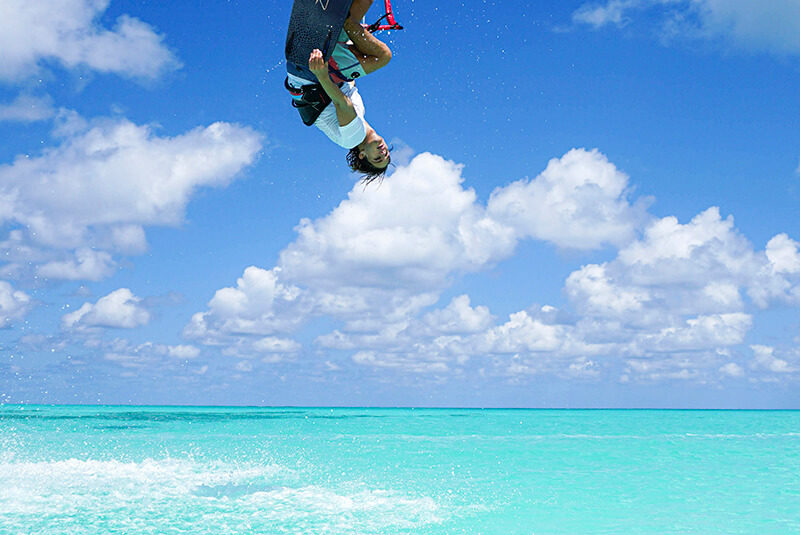 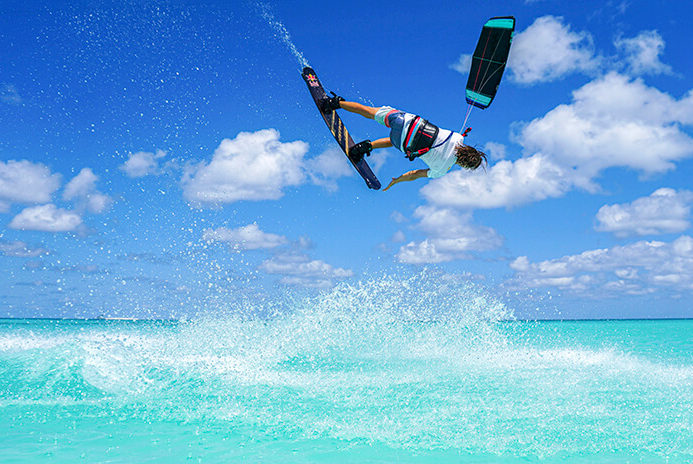 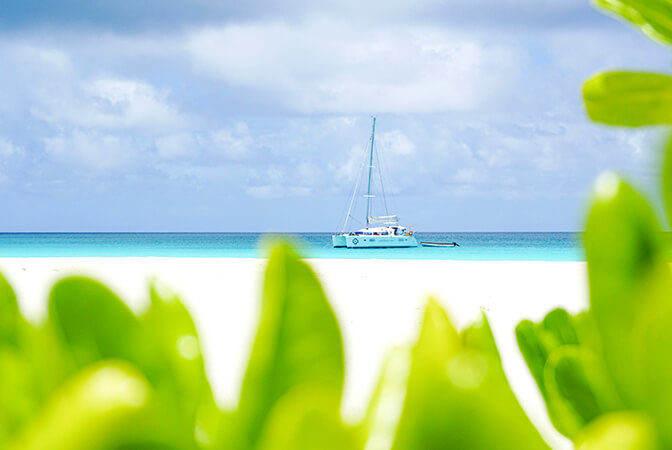 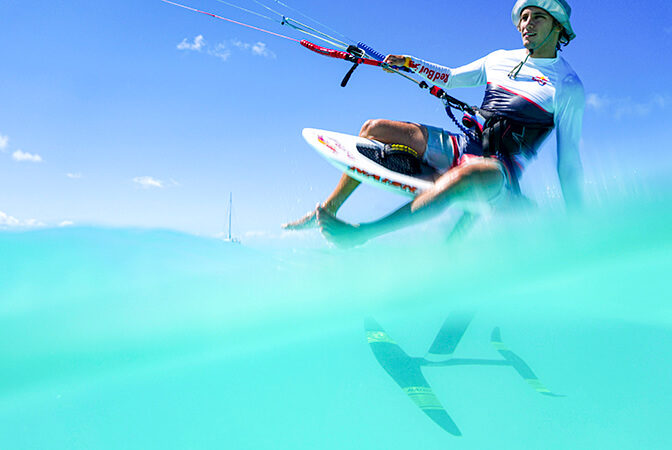 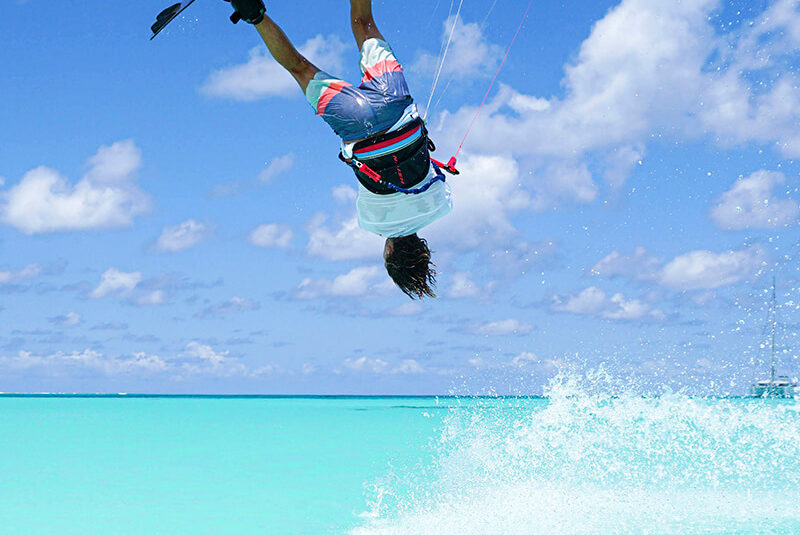 Fast forward to day one at sea – we got underway just before sunset on a 40-foot catamaran known as La Tarantine. My dad has always had a deep love for sailing, so he took his place at the helm as captain. We had a very calm first two nights at sea before arriving at the southernmost island in the archipelago on a Saturday morning. The first day there was completely windless and we had to motor in the morning, but we didn’t mind because we were surrounded by the most breathtaking water any of us has ever seen. We cleaned the boat, had lunch, and went fishing for our dinner. We came back with a Babaonne, which is one of the best fish you can eat here. After cleaning and preparing our catch, it was finally time to have a proper meal. The abundance of seafood here meant we were well fed all week.

The beauty of the place was so incredible that I spent most of the week soaking in the views as we cruised around the different islands and saw everything that this archipelago had to offer. It was a bit sad because it is a spot made for freestyle, but the wind was only good enough for that on one day. But the views made up for it, and luckily there was some wind during the week, which was amazing because I was able to kite in one of the world’s best spots with just a few close friends. On the first windy day, it was quite light and allowed for some kite foiling with my new 810 kite foil. The following few days were made for some cruising, with the one freestyle day and some wingsurfing. The latter was especially fun because I was riding at the back of the boat and cruising around, which my dad and his friend enjoyed watching as they wondered what this crazy new sport was.

“I was able to kite in one of the worldís best spots with just a few close friends.” 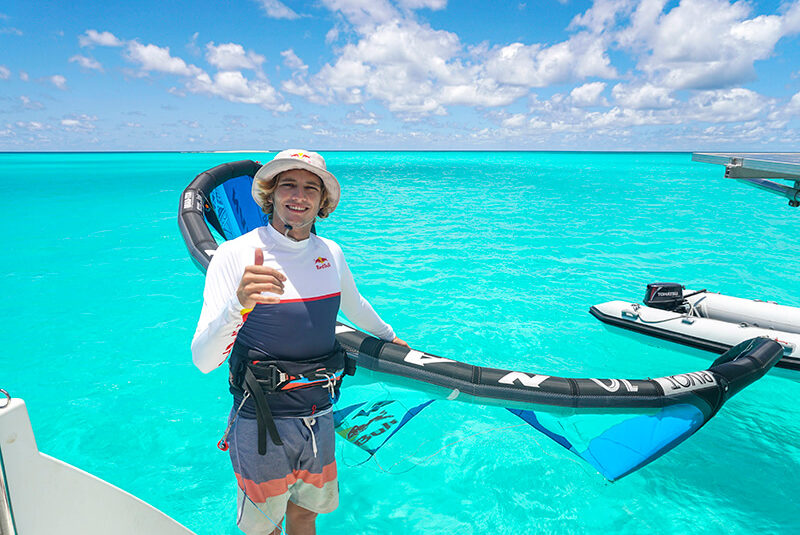 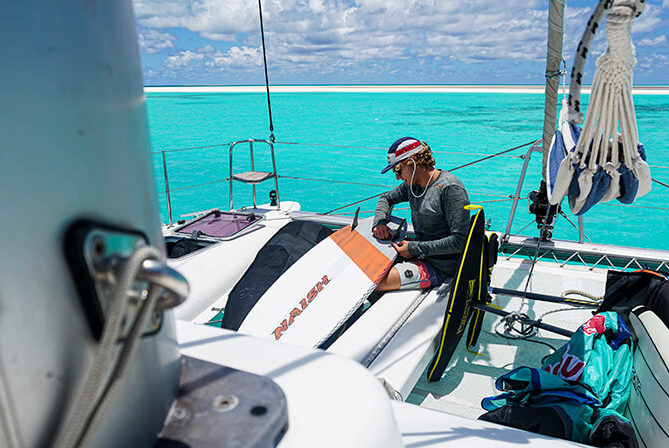 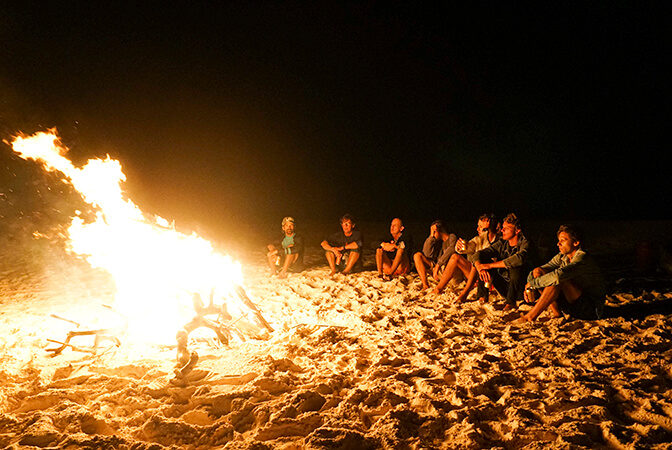 After a week it was time to set sail towards the south and head home, in order to be back in time for my university exam a couple of days later. On the way back, the sea was really rough, with winds up to 29 knots. We maintained a solid pace with the trade winds pushing the boat, cruising at around eight or nine knots. After two nights at sea, we arrived back in the harbor with three freshly caught tuna, which we prepared for the last sashimi of the journey. On the Monday morning we returned to civilization.

After such an incredible week away from the real world, from stress, negative thoughts and all the other facets of civilization, we were back to the hustle and bustle of everyday life with internet, phone calls, emails and online classes. It was that nostalgic moment, where you realize life was so much nicer on no man’s land, while still feeling relieved to be back where you can take a proper warm shower…■