The Mission – Right to Roam 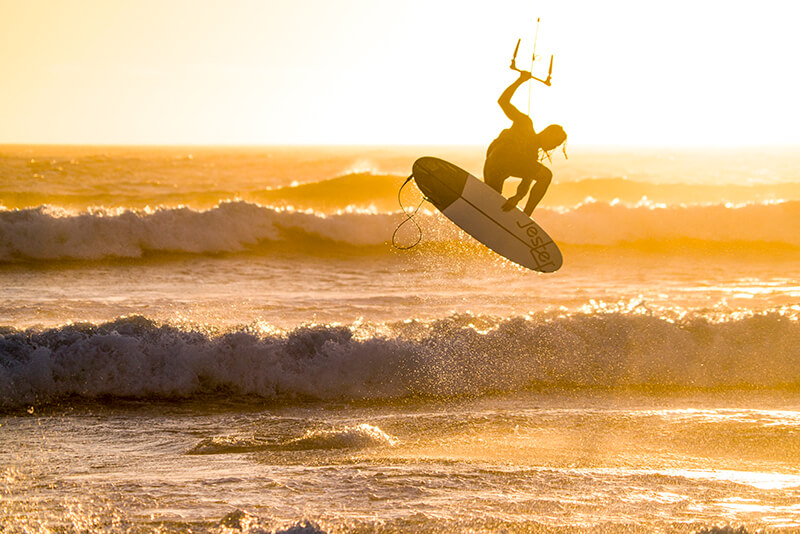 Cape Town local Keh-Lung Su was a reluctant kiter at first, but it’s fair to say he is now hooked and has just proudly signed to Ocean Rodeo. It seemed a good time to find out a bit about him, and we look forward to seeing more from this young rider in the future… 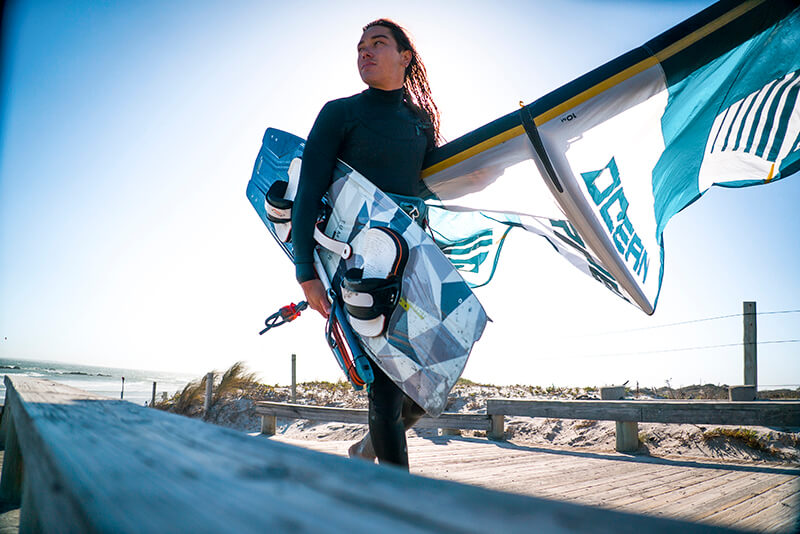 Hailing from Big Bay, Cape Town, one of the most iconic kite spots in the world, meant it was inevitable that I would give kiting a go. I first tried it at around the age of 15 and… absolutely hated it! I guess that’s probably because I didn’t pick it up as fast as I thought I would. Being an avid surfer and paddle boarder (the latter much to the disdain of my die-hard surfer mates), I then thought, “Forget it, I am just going to stick to surfing”. But living in Cape Town and surfing, especially during the summer time with its howling southeaster wind, isn’t always the easiest. My mates, the majority of whom kite, eventually persuaded me to give kiting another go. Maybe them teaching me the first and second time round wasn’t the easiest way to get started, especially at that age, but this time I managed to get the hang of it a bit better. A little while later I was fortunate enough to get a kite for my birthday. Two weeks later however, I sold it and bought a pure wave kite (I’m not actually sure if my parents even know this!) and this is where my passion for kitesurfing began. 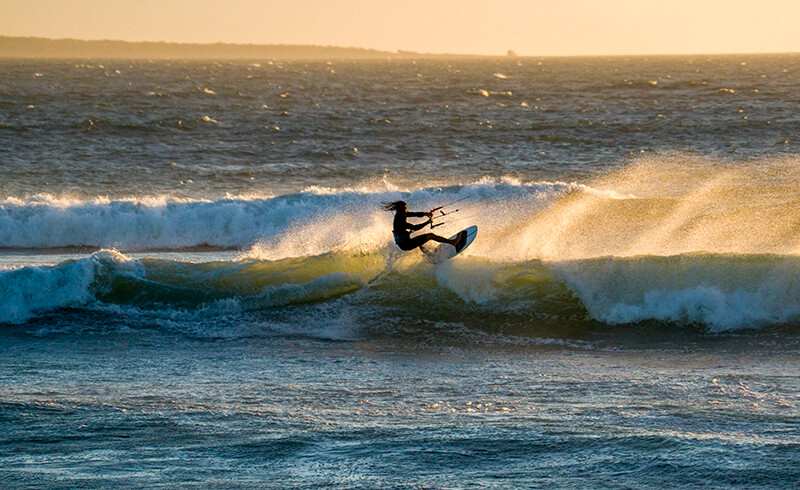 As I’ve now learnt, living in Cape Town is a real treat. You can literally drive an hour in any direction and find the most perfect conditions for any style of riding. And right in the middle of everything, on my doorstep, is Kite Beach where it’s perfect for any discipline, especially for Big Air with perfect kickers and down-the-line wave riding. And of course I’m able to watch and learn from all the foreign pro riders, although to be honest I wouldn’t say I’ve been influenced too much by them so far, mainly because most of them are Big Air riders, and until very recently I was all about wave riding and strapless freestyle. So I actually wasn’t too phased by all the big dogs rolling through town haha! But I’ve missed them this year; normally Cape Town is popping off. While it was a bonus that all the spots were less crowded and we scored plenty of banging sessions, with the beaches being closed almost half the season and all the curfews, the festive vibes at the end of the season weren’t the same. 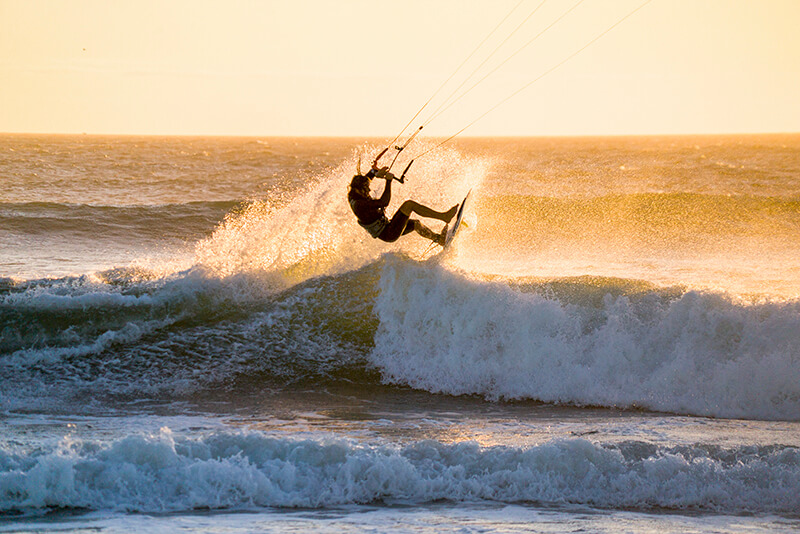 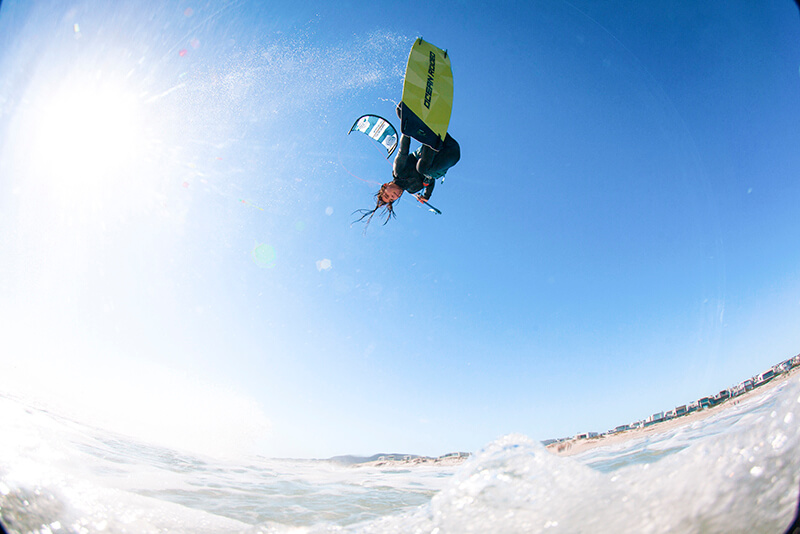 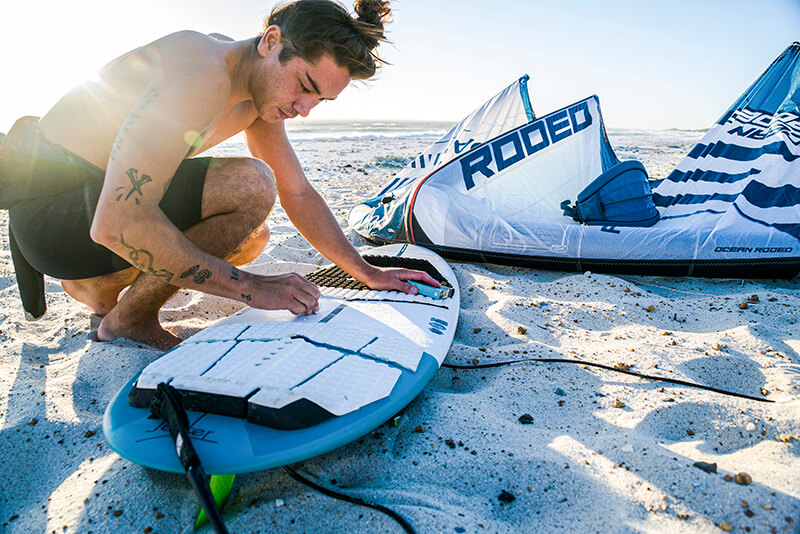 Anyway, I took the opportunity of quiet beaches to get some shots on my new equipment. I recently had the privilege of joining the Ocean Rodeo team, thanks in part to their South African distributor, the owner of Ocean Trade Supplies, who is my neighbor and lent me a Roam to try. After getting my first package from them, we set up a little shoot with a talented guy I have known for quite a while but never had the opportunity to work with: Kyle Cabano. In a bit of a hurry, and with the Cape Town summer season slowly changing to the colder winter winds, we jumped at the first sign of classic southeaster winds on the forecast. When the day came, I guess Mother Nature had got the memo because luckily she was there to play. The wind was nuking, but as I needed to get some shots on the recently released Crave HL, I was a bit limited with kite sizes. I managed to make do with my 10m, and although it was an absolutely stacked session, Kyle pretty quickly managed to get the money shots needed. 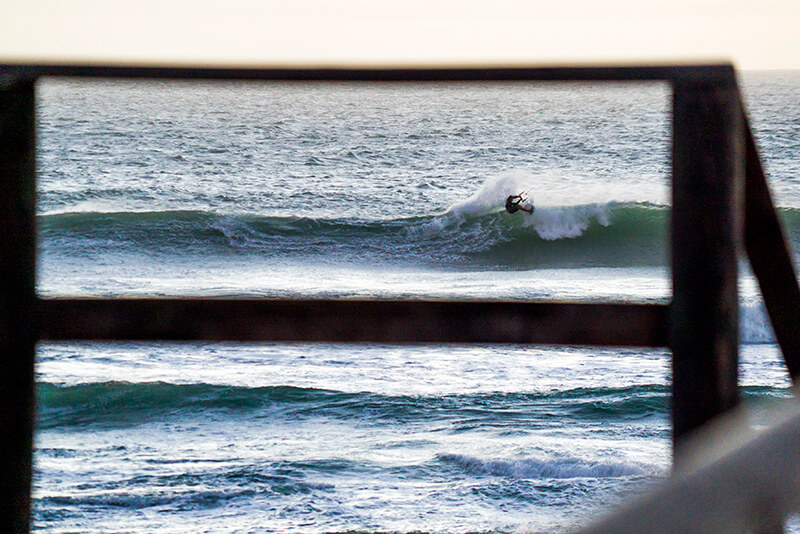 After regrouping in the parking lot we decided to end the day off with a golden hour sunset wave session at a wave spot a ten-minute drive up the road, this time hitting the water on pure wave gear. After a quick board setup and a couple of lip bashes, my own lip took a beating – a pretty gnarly wipeout over the falls meant I managed to get a board to the mouth, leaving me with a sizeable gash inside my lip. Ending the session in an unexpected but worth-it plot twist, with golden hour fading away, we called it a day. Looking back on the session now, this is why I love kiting – you can never be fully prepared or know what to expect… Much like 2021… Who knows what will happen with the pandemic, but going forward I’d love to get to some stops on the GKA tour, and maybe meet some of the other Ocean Rodeo riders. And I will be plotting a trip somewhere this winter in Mother Africa… ■