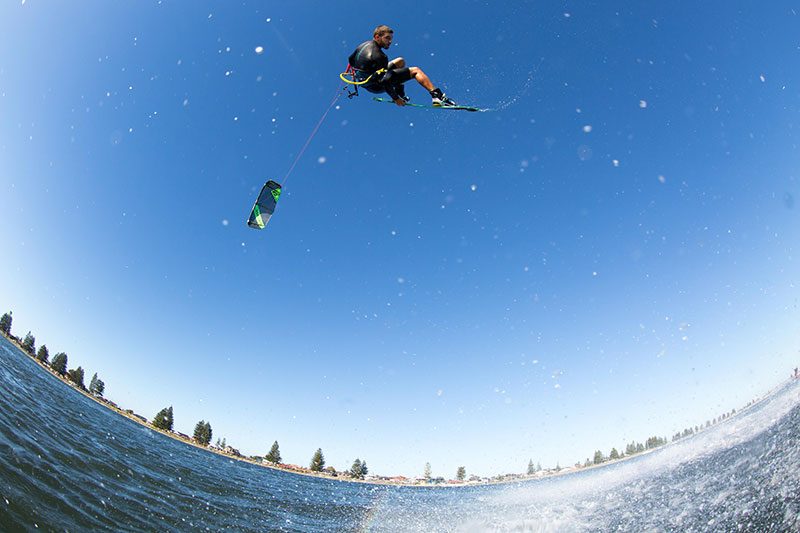 Ewan Jaspan and Alex Lewis-Hughes went back to their roots with their full length video part, Behold & Sea. Charting their travels and explorations over a year, it was very well received and even the most hardened thumb-twitching-social-media-scrollers stopped and took notice.

Which was the plan…

A full length part. A forgotten art. A boardsport staple.

Where has the backbone of boardsports gone? What killed it and why do we need to bring it back?

I can’t exactly say I grew up watching boardsport videos throughout my childhood, as before I took up kiteboarding at the age of 13 my main sports were football and tennis. Following the Premier League and the Grand Slams is a pretty different vibe to following the content that is produced by the various boardsports that now exist. After moving close to the beach in Melbourne, Australia, and taking up my new sport, what followed next was an obsession with watching every single video online and on DVD/VHS that I could find and reading every magazine back-to-front time and time again. It’s not an obsession I have grown out of, but the scene has changed, and I’m not sure it’s for the best.

Back then, to find the content you wanted to watch you would have to search. I would go to the local kite shops and borrow videos, go to the newsagents to find the latest magazines and sit there reading them, or watch DVDs at events and competitions. Even during the time when I was getting into the sport, the long kite movie seemed almost dead, with Autofocus being one of the last ones to come out that had a true focus on progression and innovation of the sport, while the industry seemed to shift towards content focused on selling gear and instant fulfilment.

My main idols back then were Aaron Hadlow and Andre Phillip, and the videos they used to put out would be of the highest standard in the sport. The effort and dedication to the cause was second to none, especially from Aaron, and is something that has stuck with me to this day and fueled my ambitions to create a full length video of my own, after years of putting out short videos which slowly turned into shorter clips fine-tuned for social media.

Since Facebook and Instagram have come to dominate the online world and our lives, our attention spans have become shorter and shorter, and the amount of content rammed down our throats has become greater and greater, and it’s (literally) all at our fingertips. Not only is the content all easily accessible, but now everyone has a full HD camera attached to them to add to the clutter. In your pocket lies a constant feed of photos and videos, and to stand out from all the trash, you need that instant wow factor. Whether it be through Photoshop, a bad crash, a stupid stunt or a funny moment, it’s all aimed at instant gratification and a quick ‘like’. With all this content cluttering up your phone, and the fact that social media has killed forums, harmed print media, made DVDs redundant, and reduced our attention spans to an all-time low, it makes for a difficult time to find content with any kind of meaning. When a 20 second clip of someone throwing cheese on their pet’s face gets 100 million views, it makes you think: ‘is this really worth the effort?’

Another issue social media has brought along is how we quantify a rider’s value to their sponsor, and a shift in where people think their efforts should lie. The board riding industry used to generally focus on the rider’s ability to kitesurf, which how it should be, right? Obviously you had to be a great brand ambassador as well, but showing your level through video parts and dedication to progression of the sport was key. Nowadays it seems to be: how many followers do you have on Instagram and how many likes did your last post get? Sure, this is relevant as the larger the audience the more exposure for the brand, but if you ever get the chance to scroll through a large number of ‘pro-kiteboarders’ likes and followers, you will see the people who follow them are not exactly the target market of the kite industry, and more importantly are just focused on how the person looks (or looks online), instead of their impact on the sport. The moral of the story here is: don’t get fooled by the Insty model who can fly a kite with 80K followers.  The positive here is that the industry is now starting to see through this, and as important as social media is, it is important that your followers are true and involved with your content, which must be genuine and engaging. Rant over.

After many years of working on short clips and finding myself releasing all my best content onto Instagram, I decided to spend a year doing it all different again and filming for a full video. Inspired by our early pioneers and some of the best riders from snowboarding, skateboarding and surfing, I got together with Alex Lewis-Hughes (Rowdy) and filmed throughout the season from Perth in WA, to Squamish in Canada and finishing up in Brazil. We held back all the footage from 2018 (January to November) and I ended up releasing ‘Behold & Sea’ in January this year.

We began in Perth with the freestyle section. This one was easier for me but unfortunately cut slightly short as I tore my pec muscle just as I was starting to feel really comfortable in my riding. My main aim for this part was to do all my tricks as clean and perfectly as I could and execute them exactly how I imagined them in my head. I was super stoked how this part came out and I think it was definitely the best executed section, riding wise. My highlight would have been the Melan Front Mobe 7 at Woodies. This part in the movie was also edited very differently to the rest of the video. I think it was the most widely liked section as well from the feedback, which is unsurprising given it’s one of the only sections without park riding, ha!

From there we traveled back to my home in Melbourne where we weren’t too lucky with conditions but were able to show the local watering holes. From our inner-city kite Mecca of St Kilda, to the new Melbourne Cable Park to Frankston beach, we got to show the vibes.

Moving on to the North American section which took up the majority of the viewing time, we began at the biggest event of the year, the Triple S in Cape Hatteras. Unfortunately, Alex wasn’t able to make it out before the event to film so we didn’t get much riding footage, but the section showed the vibe of the event well, and even through a rough year of wind for the competition, I was stoked to come away with 2nd place to Brandon Scheid and take the tour on to Squamish.

I’ve visited Squamish a couple of times now, and it’s safe to say it’s one of the most naturally stunning places in the world, and somewhere you would never imagine yourself kiteboarding. The spot is located on a man-made rock spit out in the middle of the Howe Sound in British Columbia and surrounded by sheer cliffs and snow-capped mountains. The wind is a perfect thermal that blows in straight offshore to the spit and creates a great flat water kite spot. We traveled there to compete and help run the Kite Clash event, which is one of my favorite events of the year. It’s run by such a great group of people who are just down to have a good time and share the sport with the community. We also got to spend some time off-grid at Sam Medysky’s new pad up in the mountains where we learnt the ‘far north’ ways of living.

Next we headed back to Hood River to work on the hardest section of the movie. The reason the Hood section was so hard to create is due to the conditions you receive in the Gorge. The spot is situated on the Oregon side of the Columbia River, approximately three hours inland drive from the coast. The winds are turbulent and not best suited to the technicalities of park riding. Once you get past the wind though, there is an amazing park set up which is free to the public and on offer 24/7. The crew there is about as helpful and friendly as you can find and people are down to push their riding all day every day, which leads to banger tricks and NBDs being thrown down regularly. Not only that, but the scenery is also so special in Hood, so filming a part of the movie there was a must. We ended up creating my favorite section of the film here, especially through the song and editing. I loved the way it all came together over time, and the addition of a solid ‘friends section’ really brought this section to the top of my list.

Last up we hit the lagoons of Brazil, this time in Icapuí at the Kite Mansion. Annelous Lammerts and Alex Maes have been raving about this spot for years, so when they organized an event there we had to make the trip. They made a park that was different to everywhere else in the world and it was all handrails that were rusted up in shallow water. The feeling on these rails is second to none and also to nail your tricks on rusty metal is far more risky and rewarding than on the nice white plastic we have elsewhere. This part of the movie was all filmed in a couple of days, which shows how the steady hairdryer wind in Brazil has an effect on your riding.

We had our struggles from injury, conditions, camera problems and even just being in the same place at the same time, but in the end, we held it together and produced something to be proud of and pay homage to the most important part of the boardsport: the video part.

We really hope that more people will focus on creating meaningful content dedicated to the progression of the sport and continue on the right path for everyone’s sake! It’s time to bring the sport back from the depths of social media and back into the magazines, video parts and forums!

This article originally appeared in TheKiteMag #31. To subscribe, go here.