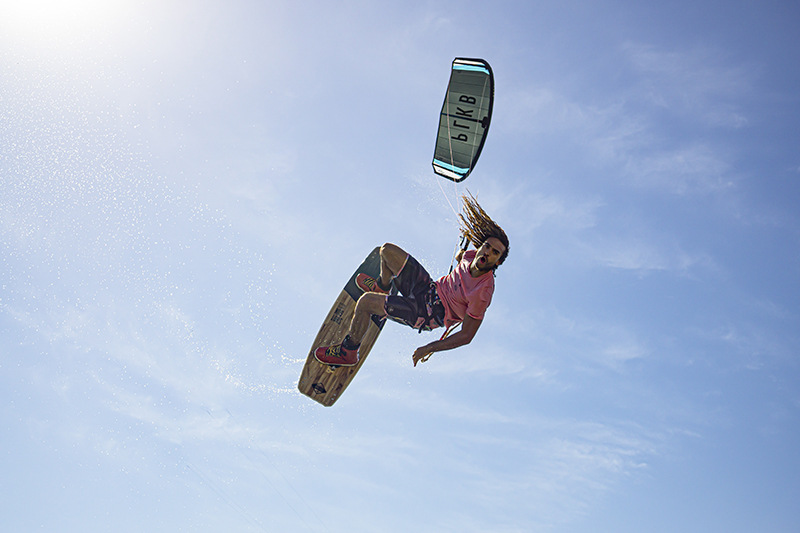 Roderick Pijls left the well-trodden path of Cumbuco and headed further north to explore the endless coastline of Brazil, search for some waves, and hit up hidden lagoons with butter-flat water for some freestyle action.

For many years the kitesurf industry has been chasing the wind to whichever continent works best for each season. One of the most known locations for the second half of the year is northern Brazil. Cumbuco has developed from a local fishing village to a prominent kitesurf capital of the world. Thanks to the super consistent trade winds, it offers one of the most promising locations for training, photo shoots and holidays. For over 10 years I’ve been visiting this country, and this year I decided to stay not just in Cumbuco and Taiba, but also to wander and explore the entire Brazilian coastline further north. Together with a couple of friends and our photographer Arnaud from fly.media.productions, we got ourselves a 4×4 and drove up the coast. 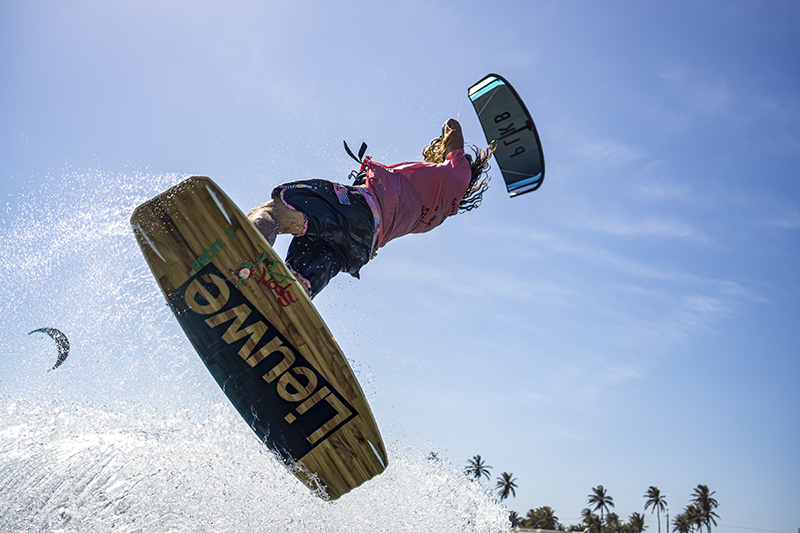 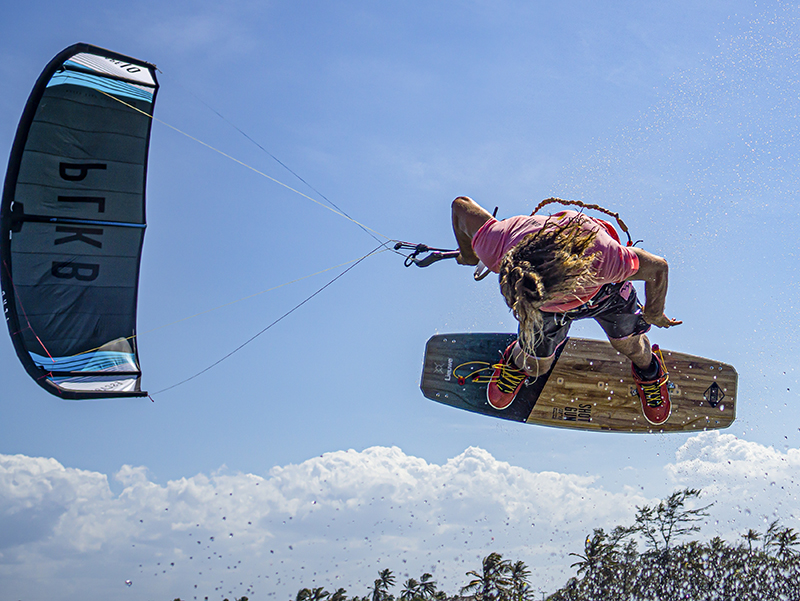 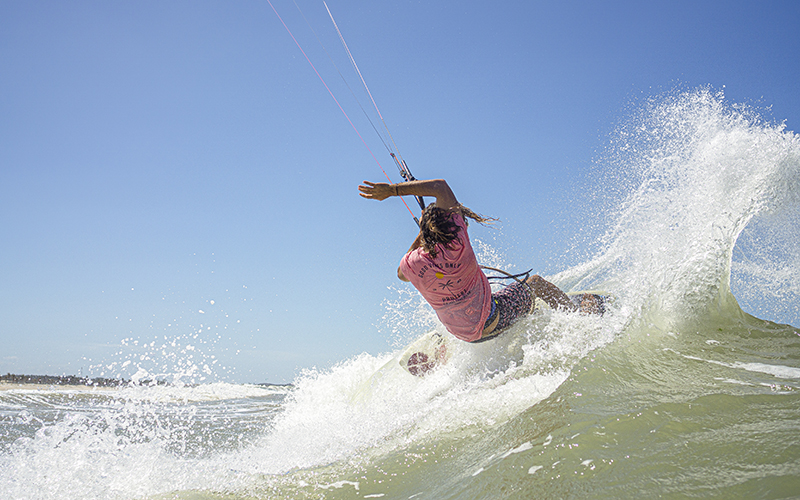 Our first spot was just after the harbor of Pecem. The beach curves a little to the left, which means the wind blows slightly offshore, and with the perfect swell angle the waves build up perfectly with some really nice peeling waves. Because of the harbor the wind gets a bit gusty, but it makes it a good training spot to ensure you’ll be using the energy that the wave offers instead of relying only on your kite. After a few sessions at Pecem we continued northwards towards a bay just before Baleia, where I had probably my best wave session ever in Brazil. We scored this spot with the perfect tide (pushing tide nearly at high). There was a biggish swell coming in from a northerly angle, which hits that bay perfectly, forming head-high to overhead waves, with a perfectly sideshore wind. I’m not sure how many decibels I was screaming, but those waves were never-ending and we could easily do five aggressive turns on one wave. I think I lost my voice on that session while motivating the others and the photographer!

After this session we stayed the night in Baleia, had a delicious traditional Brazilian dinner, and the next day continued our journey towards an undiscovered lagoon just after Moitas. It’s almost impossible to get to that spot by car, so we decided to gamble our kite size and just go downwind for one kilometer. With butter-flat waters and consistent wind, we had a private lagoon session. Riding on my Lieuwe Shotgun it felt like cutting a warm knife through butter and I learnt some new, alternative tricks – instead of getting all the doubles in the bag, it was satisfying to add a new grab, dial in some more toe-side tricks, and get that Eggmobe 5 for the first time. 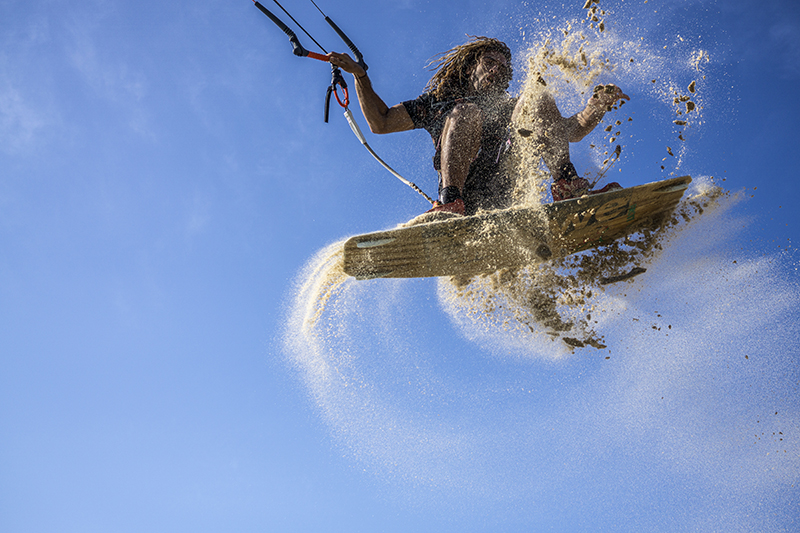 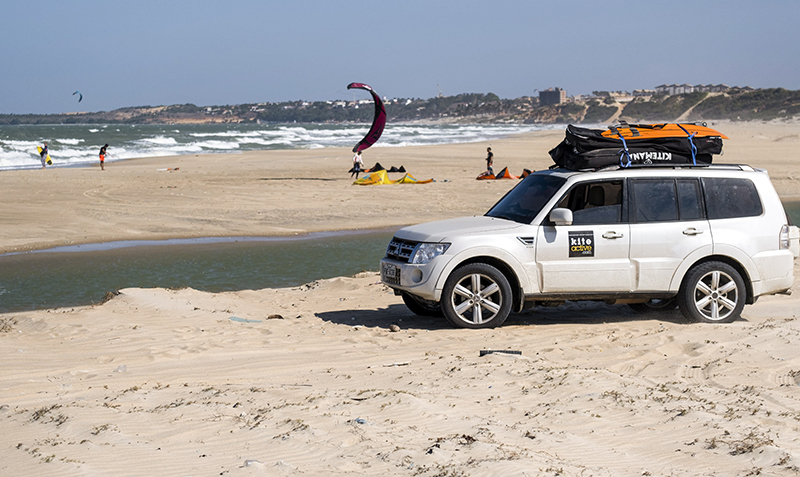 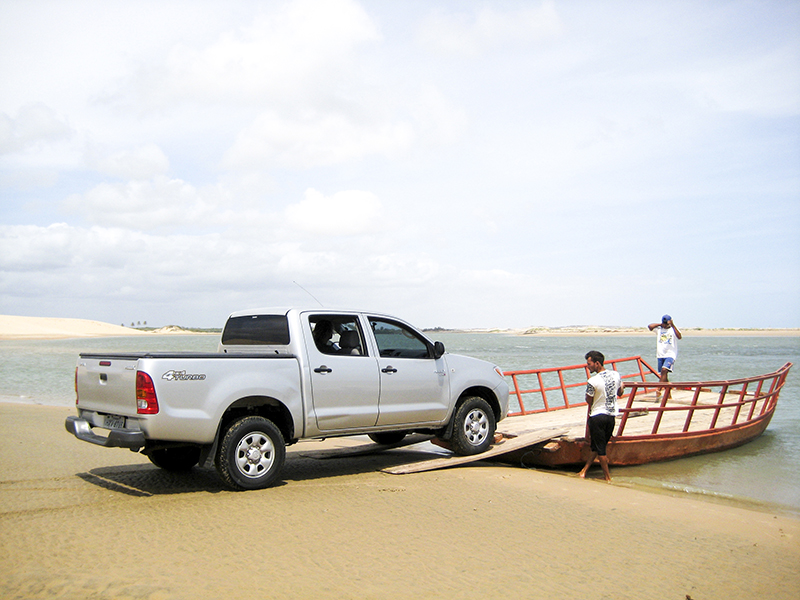 After Moitas we decided to skip part of the Brazilian coastline and continue towards Barra Grande for a completely new scenery, vibe and location. Barra Grande felt a bit like Jericoacoara 10 years ago. This has such potential for becoming the new kitesurf hotspot. You can kite right in front of the village, or downwind is a huge lagoon that offers many flat-water patches and never feels crowded. After spending three weeks in Brazil it was time to pack our bags and slowly start heading home. So, overall, the north really grabbed my attention and I can’t wait to head back next year… ■