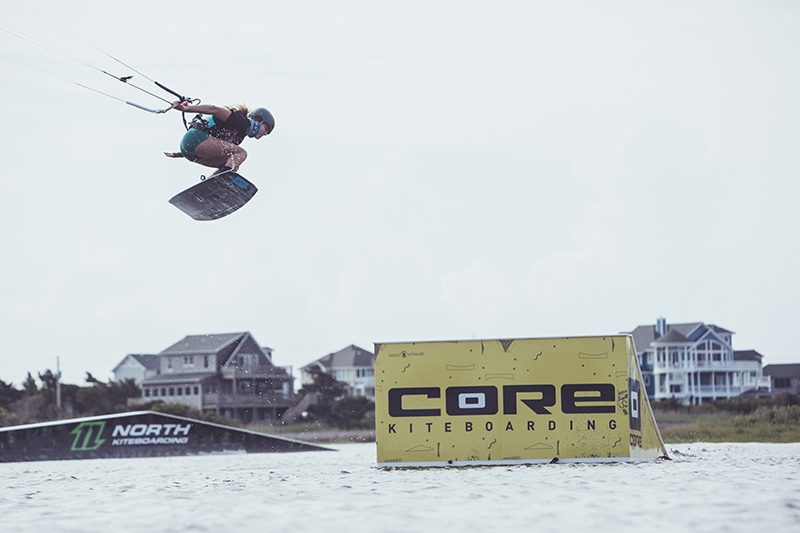 Wrapping Up: The Double Swap Threshold

In October of 2016, Bruna Kajiya was the first woman to land a double handle pass in kiteboarding. Following Bruna’s triumph, clear on the other side of the world and fast-forward to February of 2017, Annelous Lammerts lands a double handle pass off of a static kicker during the Blue Palawan Open Competition. Since these feats, numerous female professional athletes have started attempting with some success to also land double handle passes themselves. Most accomplishments so far having been in the park with Karolina Winkowska also nailing the trick off a static kicker at the 2017 Triple-S, as well as myself while shooting for our upcoming film, The Bubble. So, I ask the question, has the double swap threshold officially been broken in women’s kiteboarding and just what does this mean for progression of the sport? 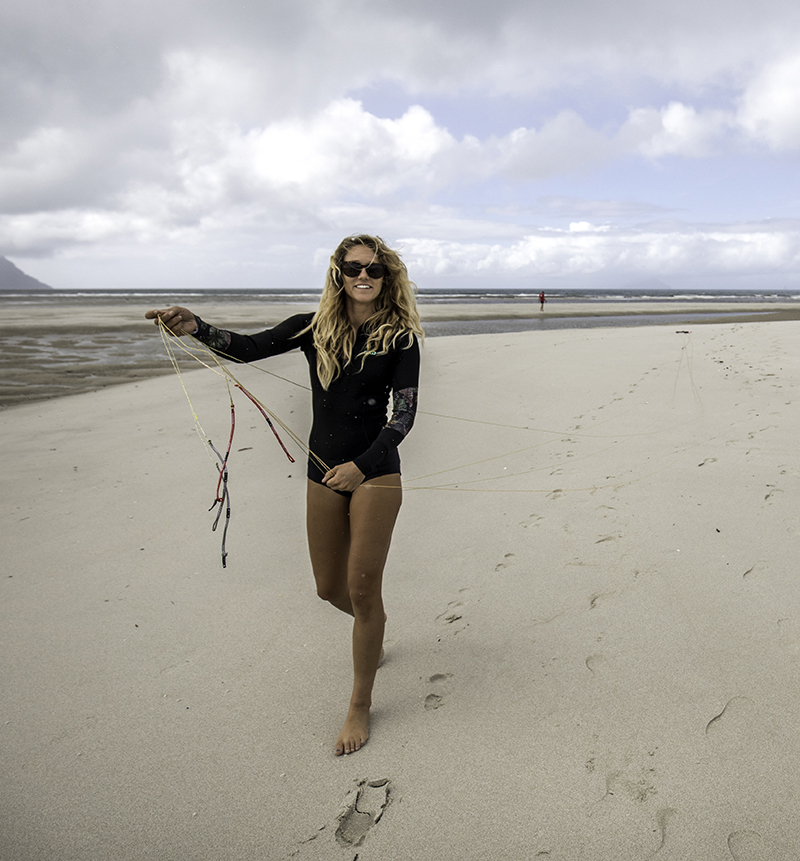 Over the last few years, most articles focused around the level of women’s riding seemed to ring the same tune, claiming that women’s kiteboarding is advancing faster than ever before with women continuously taking it to ‘the next level’. But that makes me wonder, how many hypothetical ‘levels’ can there be? Have we really been breaking boundaries all along or should this sort of praise be saved for truly monumental moments in our sport? Having been entrenched in the industry for the better part of the past decade, in my viewpoint a boundary was truly broken when Bruna landed the first double handle pass. Sure, I’ve seen loads of progression from various women all around the globe and in general I would attest that the average level is significantly higher amongst the feminine population of kiteboarders than it was only five years ago. However, with this specific breakthrough a message reverberated throughout the entire industry that this was something within the female athletes grasp and within only a few days of Bruna’s accomplishment I saw other female riders like Paula Novotná, Dioneia Vieira, Rita Arnaus and Hannah Whitely making their very first attempts at the trick. They hadn’t suddenly become better kiteboarders, however their mindset had opened up to the new possibility almost immediately.

I spoke with Bruna about this very topic and even she admits that if someone had told her years ago that she would now be doing double handle passes, she wouldn’t have believed it. Yet today, the doors are wide open and while the progression may still come at a moderate pace, the idea of landing other double handle passes like a KGB 5, S5 or 317 sound challenging but not impossible. 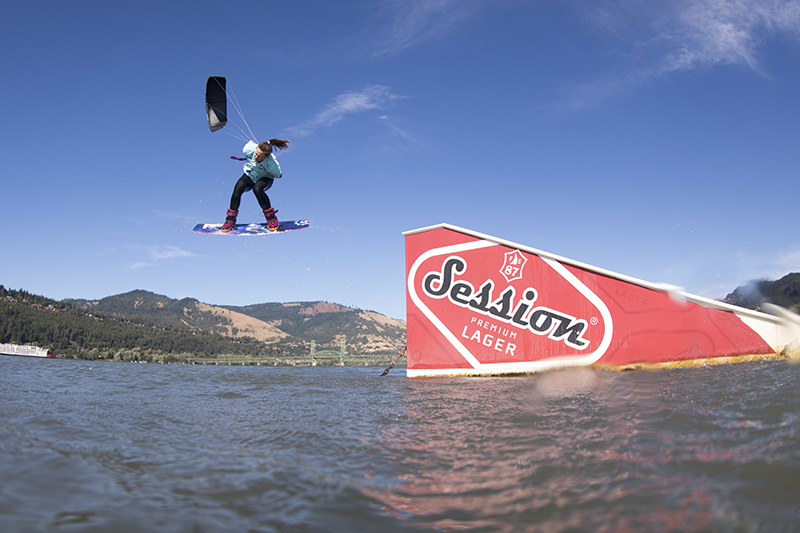 In the park discipline, just within this past year, double handle passes are gradually becoming a required trick to have in your repertoire if you want a shot at the top spot. Since Annelous’s success at the Blue Palawan Open landing a toeside backside 540 and becoming the first woman to land a double in competition, it’s becoming more and more common to see the ladies riding away from double swaps. And already the momentum is continuing, only a couple weeks ago Karolina Winkowska nearly road away from a heelside frontside 720 attempt that had people on the beach in awe and showed that she is already looking to the next progression of doubles.

While it is difficult to directly compare freestyle to the park, I feel that the general mindset amongst the women’s competitive field is vastly expanding right now and more open to the possibilities of bigger, more technical tricks than ever before. As Annelous put it, she witnessed rapid progression years ago and felt that until recently the women’s progression had somewhat leveled off and now is again on a rapid upward trajectory. For Annelous, landing the first women’s double off a static kicker was only the start of where she sees women’s progression in the park going and comments that even from one event to the next on the Kite Park League, the variety and technicality of tricks landed is increasing and in general she sees greater potential for learning new tricks.

So in conclusion, I would say that I completely agree with Trip Forman, co-founder of Real Watersports and the Triple-S Invitational, who stated after this year’s Triple-S women’s final that “the handbrake is off in women’s kiteboarding”. Tricks are going bigger, faster, more technical and there are more women joining our sport as well as our competitive ranks than before and personally I can’t wait to see what the ‘next level’ entails. 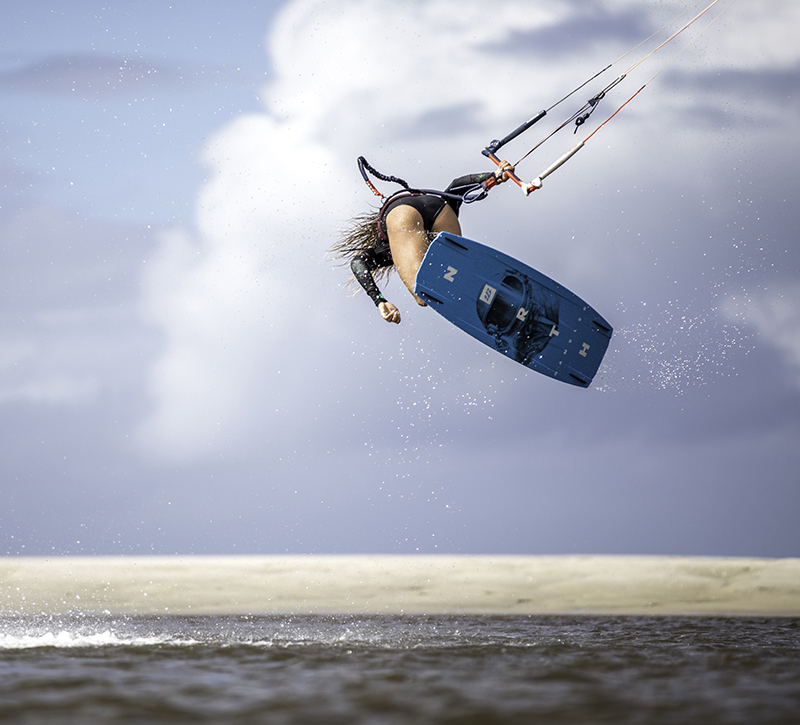