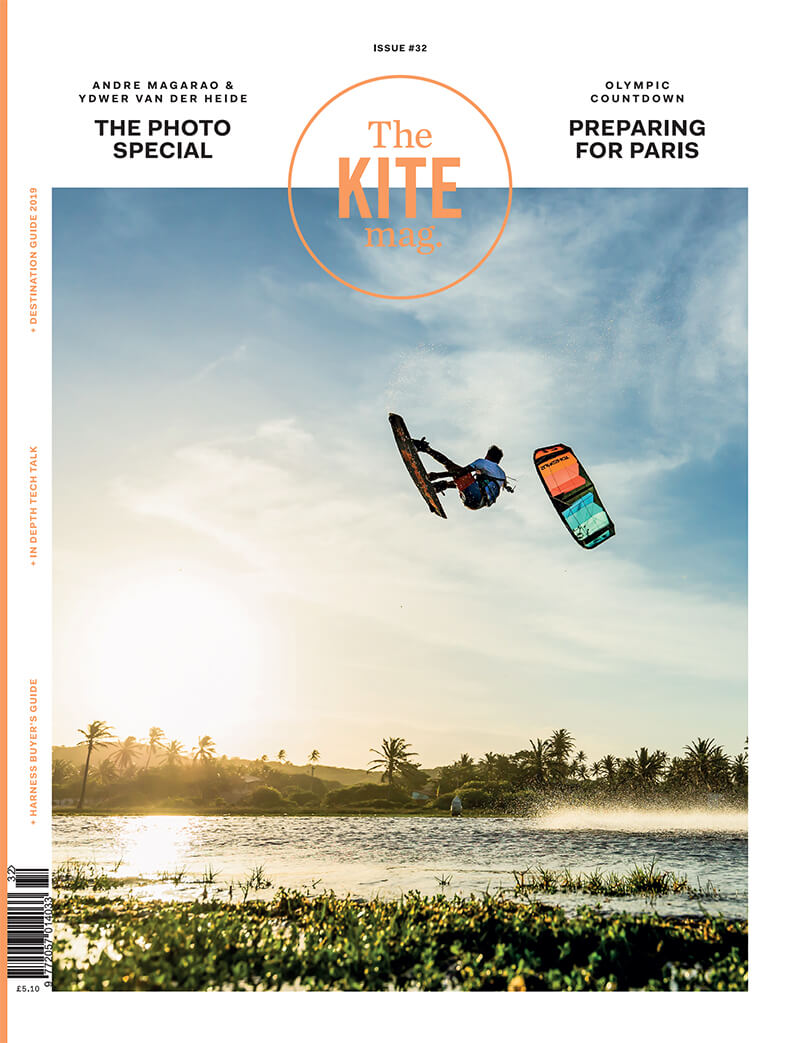 Take out an annual subscription and you'll receive six glossy issues a year through the post, and you'll also get one of our brand new TheKiteMag tees and a TKM cap at no extra cost!

The 2024 Olympics might seem a way off to most of us (we've got the 2020 Games in Japan between now and then) but for anyone involved in preparing potential Olympians, the clock is already ticking. We speak to three key people involved in the build up: IKA Class Manager Markus Schwendtner, experienced kite racer Steph Bridge, and former Olympian and trainer, Stevie Morrison.

Airush's Clinton Filen fills us in on all the goings on over at Airush HQ, and not least the latest product offerings from their new sister hardware brand, AK Durable Supply Co.