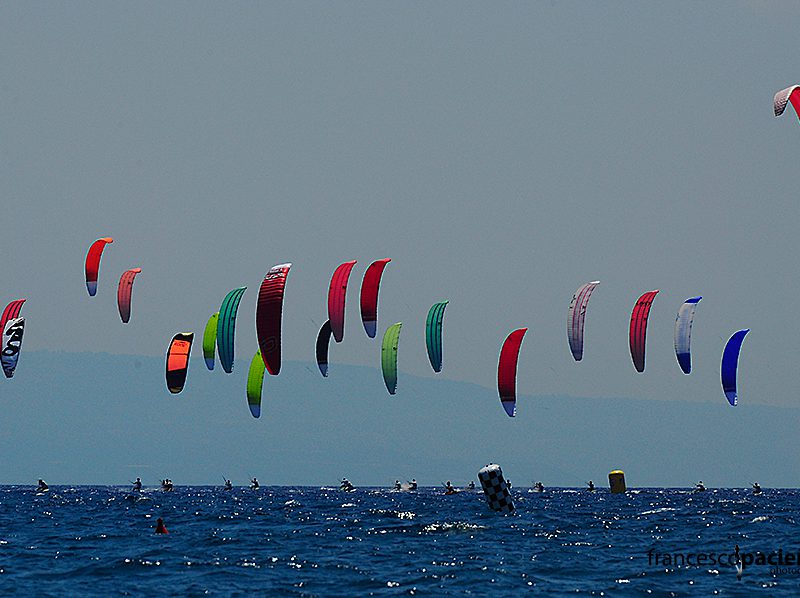 Hang Loose Beach, Gizzeria — Spain’s Florian Trittel finished top of the leaderboard after a solidly high-scoring day on the water at the end of the qualifying series of races which banished his starting error of day one that had put him down the order.

Trittel scored three seconds and a bullet in the strong “blue” fleet, capitalizing on a rare stumble by Olly Bridge (GBR) in his day’s last race after he had scored three consecutive bullets, easily outstripping the competition with his pace and consistency on the quick but testing windward-leeward track in southern Italy.

But his points tally, building on the 17-year-old’s superiority of day one, was enough to retain his second spot overall going into the finals’ series of days three and four of the International Kiteboarding Association (IKA) 2015 Formula Kite World Championships being hosted by Hang Loose Beach.

The 61-strong men’s roster will now be seeded into the top “gold” and bottom “silver” fleets to establish the top ten racers for the closing, fifth day’s medal races. 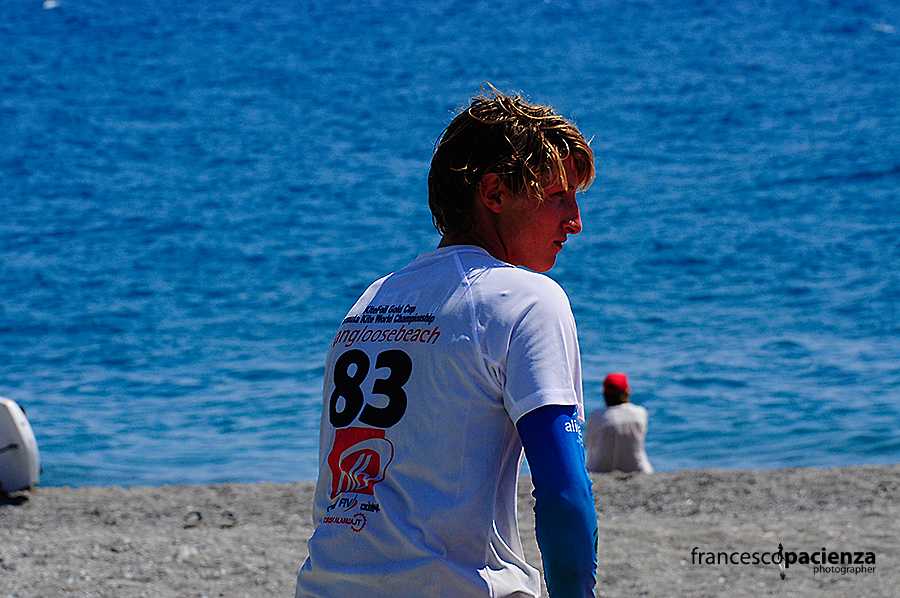 In the 11-strong women’s “red” fleet the racing was almost as tight as the first day except that Elena Kalinina (RUS) scored three bullets to outpoint reigning world champion, Steph Bridge (GBR), who could only manage one bullet and a trio of seconds.

In the fleet’s first race of the day, in a quickly building thermal breeze gusting to 16kts at the windward mark, Bridge suffered a broken bridle line on her 15m Elf Joker foil kite ahead of the start and was forced to swap it for her 18m, leaving her badly overpowered and Kalinina with a bullet.

After Bridge made a hasty repair to the bridle, she briefly threatened to fare no better in her next race. On the start line a bridle tangled again and she stopped to clear it, putting her at the back of the fleet. But she managed to claw back the deficit in the two laps of the track, typically completed in 13 to 14 minutes by the fastest riders. “I had to stop and started from last position, but still got a bullet,” said Bridge. “I’m pretty stoked that I managed it from that position right at the back.”

But Kalinina’s pace and flawless riding was too much for Bridge in the “red” fleet’s closing two races, though the Briton almost stole a bullet from the Russian on the line in race three of the day. Just trailing, Bridge bore down on Kalinina in the reaching drag race to the chequered flag just off the beach, but the Russian teenager held her nerve. 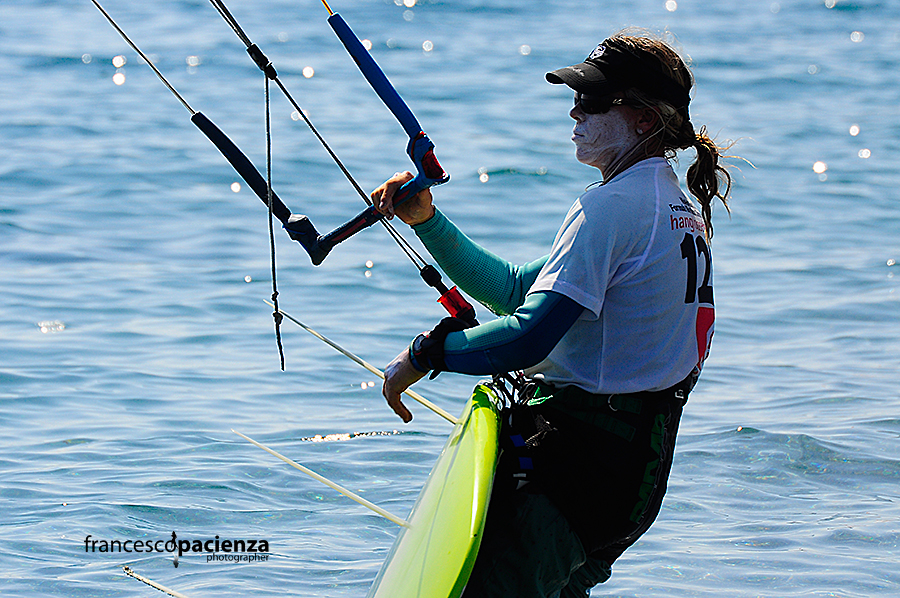 Among the other women the competition was extremely tight, with Ariane Imbert (FRA) just shading it to take third overall, while Anastasia Akopova (RUS), Aga Grzymska (POL) and Jade O’Connor (IRL) were all chasing hard.

The men’s leader of day one Blazej Ozog (POL) could not quite repeat his stellar performance in the alternate “blue” fleet , but his scores were still strong enough to earn him a third place overall for the start of finals’ series.

By contrast former world champion Florian Gruber (GER) put in a much stronger showing on day two, scoring two bullets and a second in the “blue” fleet to secure sixth place overall, just behind Maxime Nocher (MON), who racked a consistently strong series of results in the “blue” fleet, and Alexander Bachev (BUL). “The first day was just one of those days,” said Gruber. “I had a problem on the start line. I snapped a bridle. I had two good races and two bad races. Today is much better. I started on my 18m, then was over-powered in the second race and swapped for the 15m in the next race. But I haven’t changed my set up. It’s just a better day.”