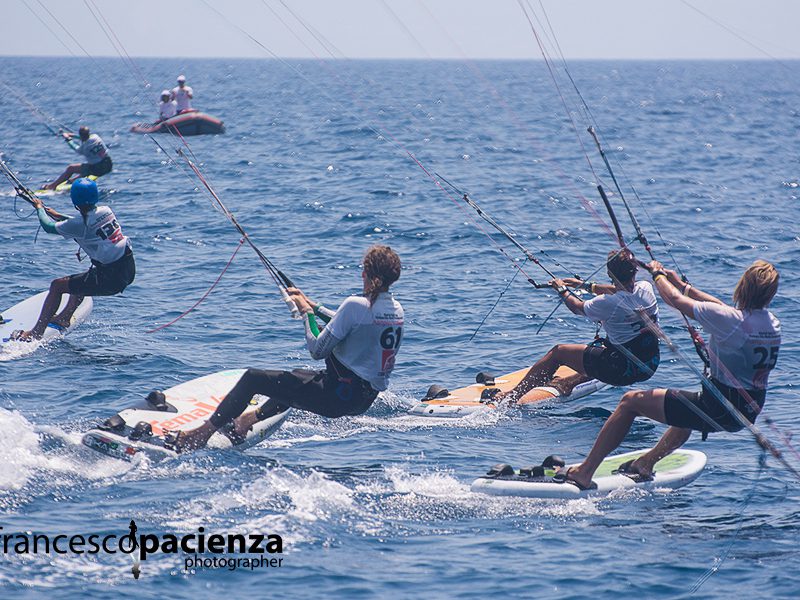 Hang Loose Beach, Gizzeria — As the pressure intensified and the margins became finer in the closing day of the finals’ series at the International Kiteboarding Association (IKA) course board racing world championships there were further clashes on an off the water among the leading contenders for the crown.

Ironically, though, the action on day four was only part of the story. A jury decision on day three that robbed reigning world champion Maxime Nocher (MON) of a bullet and earned him a costly disqualification was reversed on appeal in the light of new photographic evidence, giving him top spot overall.

Britain’s Olly Bridge, 17, had appeared to be in pole position in the “gold” fleet thanks to two bullets on day four heading into the medal races of the final day of the competition at Hang Loose Beach in southern Italy. But he finished just trailing Nocher in the standings after the jury’s reversal. It was a day of highs and lows for Bridge. While punching the air with delight as he crossed the line victoriously, the teenager’s frustration boiled over after finishing 12th in the day’s second “gold” fleet race. He believed a temporary tangle on the course had cost him valuable points and in an extraordinary move he jettisoned his kite’s bar and safety as he hit the beach, allowing the 18m foil and lines to fly off in the light breeze.

Yet he was not alone in his angry reaction. Spain’s Florian Trittel and Nocher exchanged heated words when they tangled on the second downwind leg of the two-lap “gold” race three while second and third respectively and chasing Bridge, and were forced out. Trittel ended the day in fourth spot helped by a bullet, a second and third that better reflected his speed and consistency around the two laps of the windward-leeward track in light thermal breezes that barely topped 10kts, yet still produced super-quick, sizzling racing. Still, with no discards due on the final day, the retirement looks devastating to his campaign.

Nocher, on the back of winning the KiteFoil GoldCup Italy on the same track a week earlier, scored a bullet, a third and fourth that took him to the top of the order on the day when most riders stuck with their biggest 18m kites, yet still had difficulty judging the lay line to the top mark in the fickle, shifting breeze. 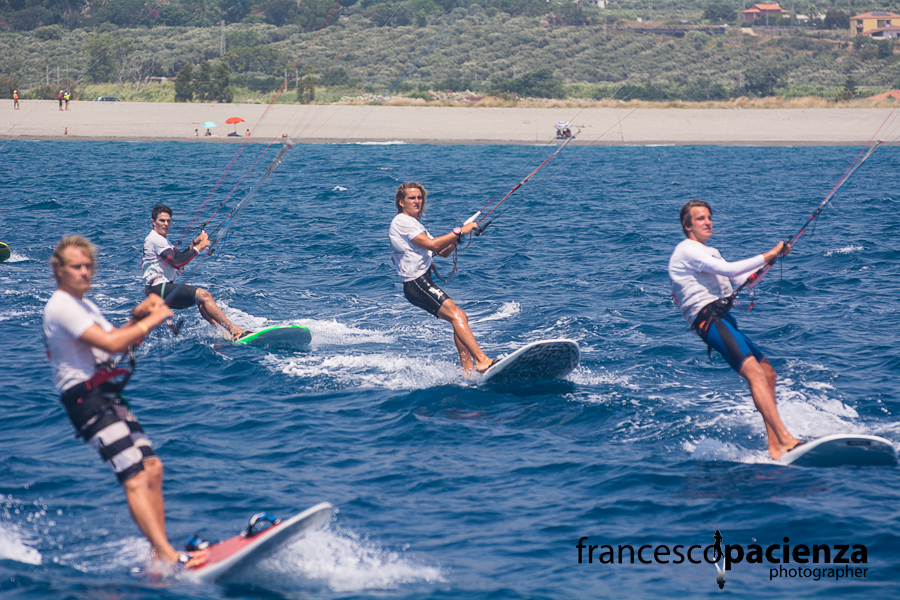 But like day three where a spate of upheld protests in the jury room radically transformed the standings, the judges’ decisions had huge implications with the fleets going into the medal races where the top 10 men and women riders face off in four races, carrying forward their points tally.

Poland’s Blazej Ozog appeared to steer clear of trouble and ride cleanly with a couple of seconds and a third that carried him to third in the overall standings, while Alexander Bachev (BUL) also had quite a strong day that left him ultimately in fifth spot after the protest adjudications.

Day four of the International Kiteboarding Association (IKA) Formula Kite World Championship kicked off later than scheduled when the normally-reliable thermal refused to play ball, increasing only gradually in the early afternoon. It began to fade early too, allowing the “silver” and “red” women’s fleet only three of their scheduled four races. But in the 11-strong “red” fleet the racing was as intense as ever with reigning world champion Steph Bridge (GBR), Olly Bridge’s mother, and the young Russian Elena Kalinina again fighting the closest of battles. But Bridge just got the better of the exchanges in the thrillingly tight contests, scoring two bullets to the Russian’s one, a reversal of day three where Kalinina was untouchable with four bullets from four. Her stellar record means the Russian just edged the overall lead from Bridge. But the Briton showed all her experience in the “red” fleet, many times exchanging the lead with Kalinina who invariably got to the weather mark first, only to see her lead overhauled at the bottom mark after Bridge both chose the inside, right side of the course or covered her on the outside.

Another young Russian, Anastasia Akopova, 16, put her stamp on the competition with several strong third place finishes that helped her to fourth spot overall, just behind Ariane Imbert (FRA) in third. “This is my best day here,” said a beaming Akopova. “I finally got my tactics figured out and worked out how all the other girls are playing it here; the mistakes they’re making. You can improve in training, but this is where you really progress — in racing like this. I’m happy.” 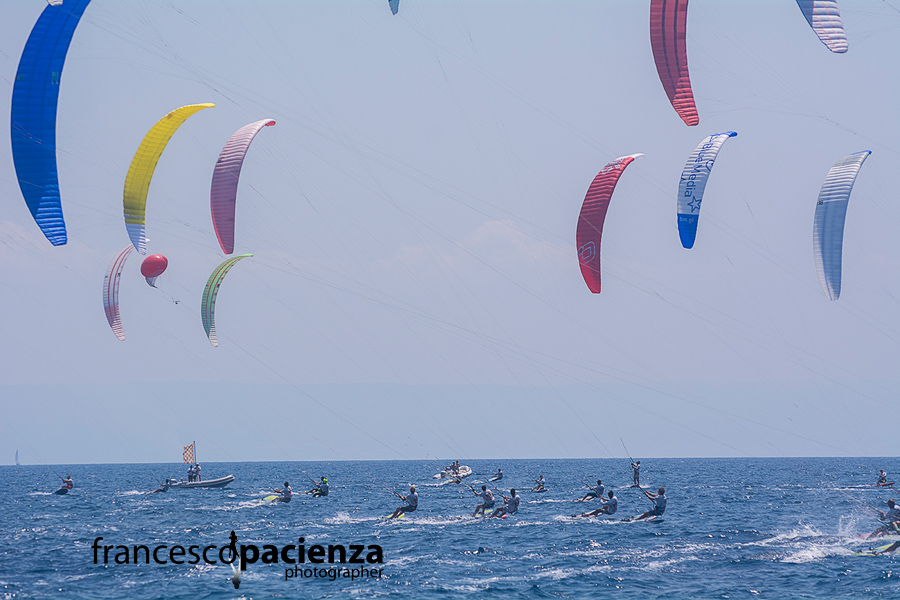