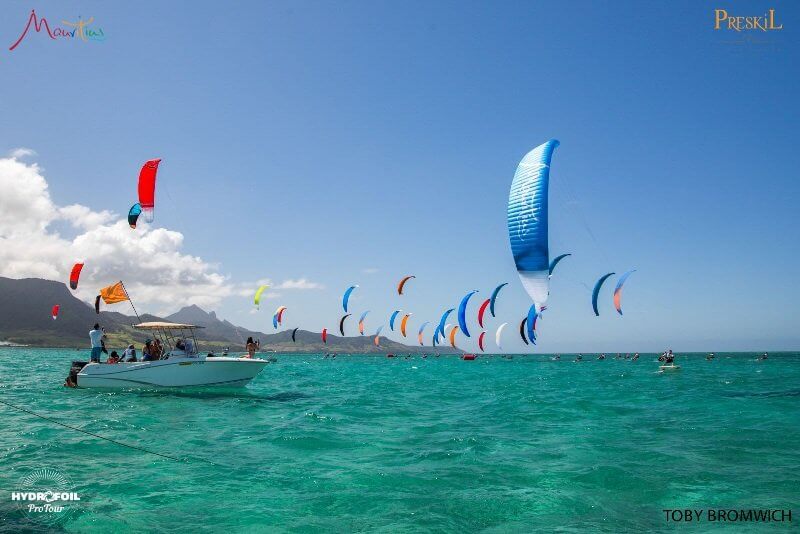 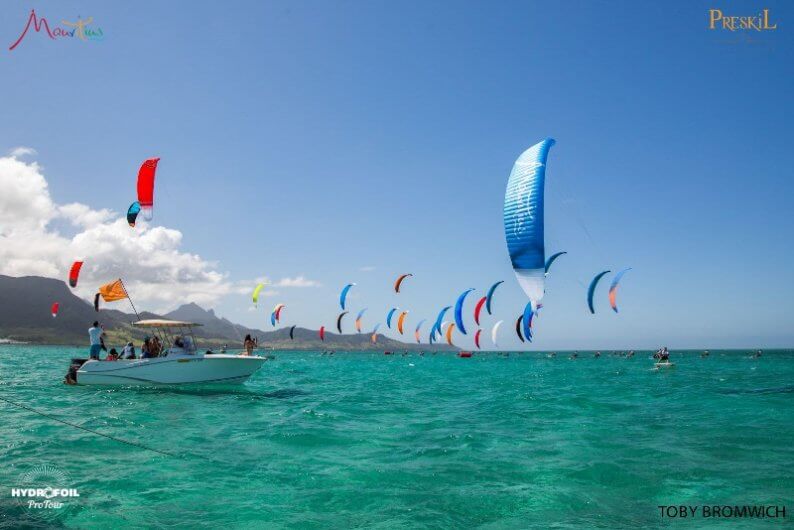 This latest Hydrofoil Pro Tour event went off like a dream, beautiful smooth waters, wind every day, and the fastest racers in the world vying for the event and tour title.

The third stop of the Hydrofoil Pro Tour in Mauritius was a “destination event” to be sure. The idyllic island paradise in the Indian Ocean was a must see for sailors and their loved ones who made the journey. However, this fleet wasn’t necessarily here for sight-seeing, fruity cocktails, and toes in the sand. Just about every single podium ranked kite racer was in attendance. All of the big guns. The stage was set for a showdown of epic proportion. 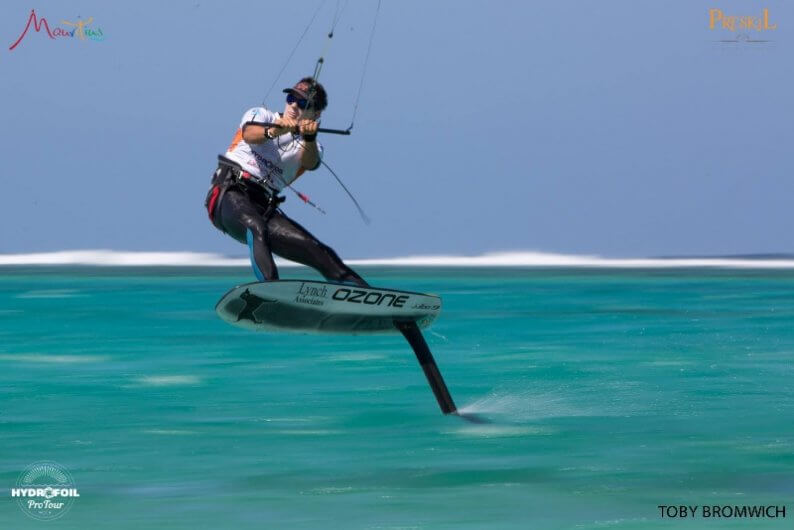 The online forums and discussion groups were buzzing with speculation as to who was going to win this thing. Many of the teams having been in their respective corners, in a mid-season development period, working on their equipment tuning, manuevers, and strategies for the anticyclone wind pattern. From recent events you have Axel Mazella who sailed a convincing victory at the European Championship in July. Johnny Heineken is always a threat for the top spot with piercing hot streak abilities. Maxime Nocher the 2015 World Tour champ and perennial podium threat…. Olly Bridge the outlier, Titouan Galea the kid, Adrian Geislinger the Austrian, “De Falbaire d’Esny”, and of course Nico Parlier- all of whom could be considered a lion in a cage ready to attack if the gate is opened for them. 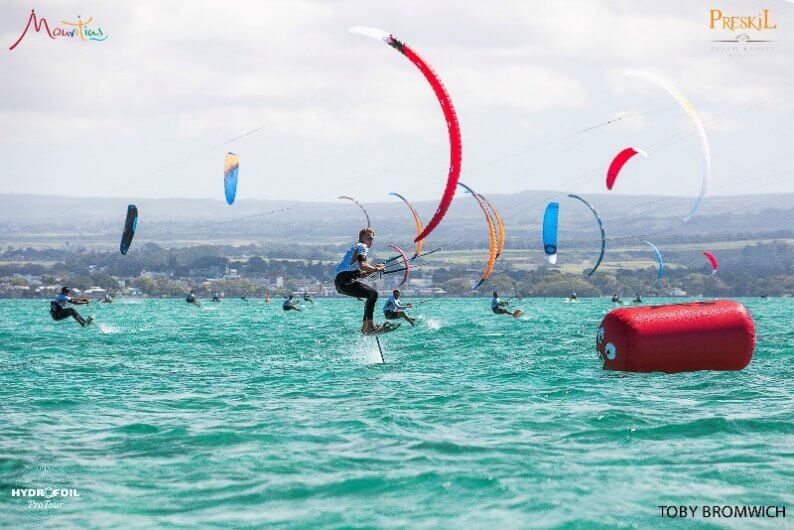 There were three back to back races scheduled for the final day of racing (Day 4). The wind forecasted to drop and shift throughout the day. There were questions about choice of kite size to withstand the dying breeze. The shallow water and ripping current on the course all played a factor in the decision. Florian Gruber (Germany) said, “I’m going big today” and flew his 18m² kite to the racecourse. “It’s pulling hard” Gruber exclaimed before the start of Race 15, the first race of the final day. Turns out that the wind gods were looking out for these racers and the velocity remained steady throughout all of the finals racing. The event completed with fresh breezes in toto. 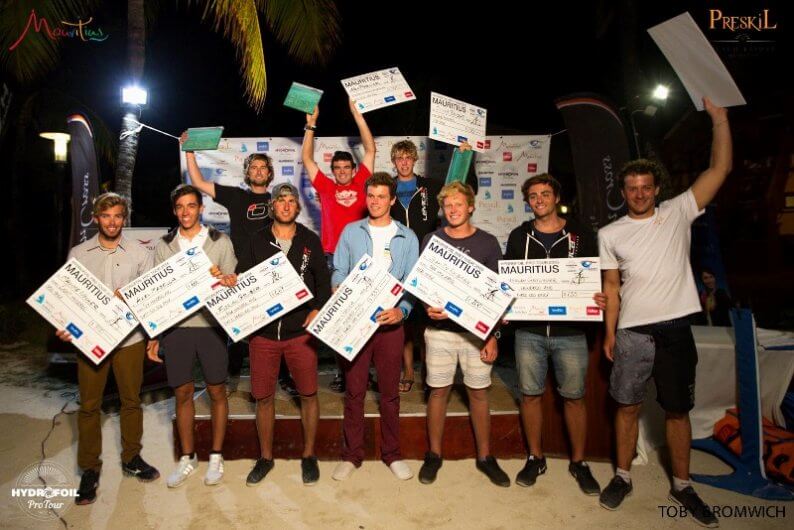 Nico Parlier came out swinging once again. He won Race 15 securing the top spot on the podium with two races to spare. However, in an act of good sportsmanship he sailed the series all the way to the end. And he won the final two races as well, a near perfect record for the event! With a win in San Francisco and now a win in Mauritius Parlier could be the assumed favorite to win the final stop in Perth (Rockingham) Australia coming end of November. The tour championship in the balance, of course. 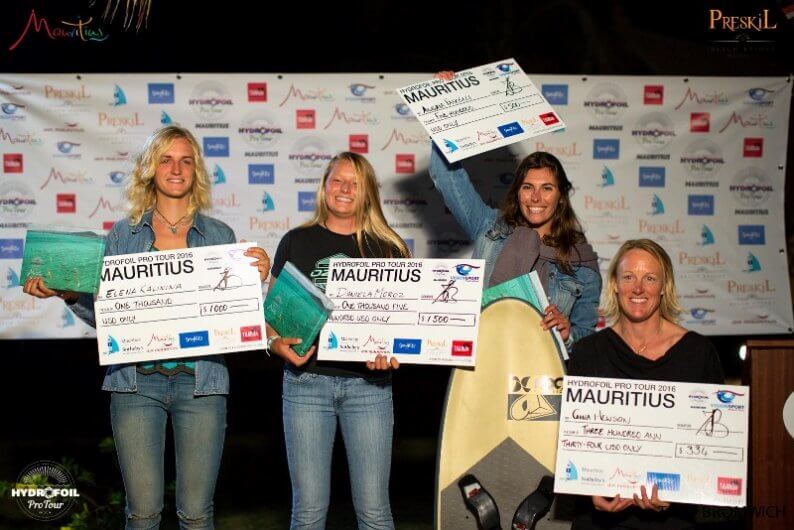 Stay tuned to our media channels to get upcoming news as well as in depth interviews, full length race video edits, and highlight videos showcasing this fantastic sport of kiteboard hydrofoil racing.

Next event is “Hydrofoil Pro Tour – Australia/Rockingham” schedule for 26th-29th November hosted by The Cruising Yacht Club of Western Australia.
See you all there!

For more information about the Hydrofoil Pro Tour: