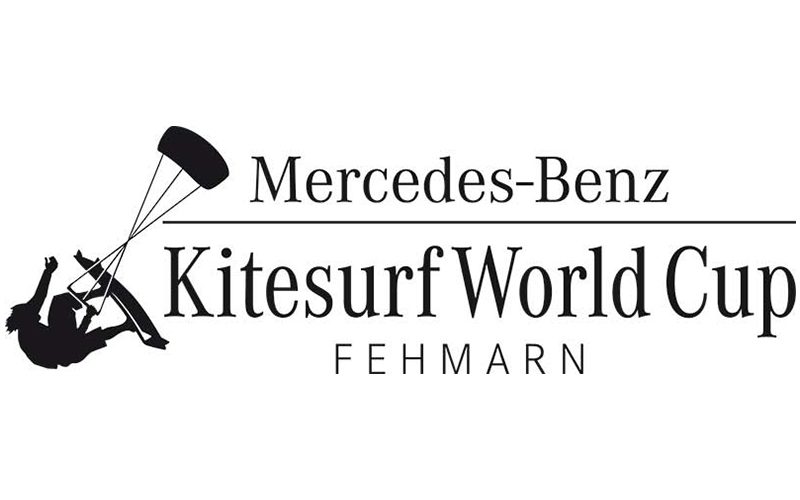 Airton Triumphs in a Big-Air Feast at Fehmarn 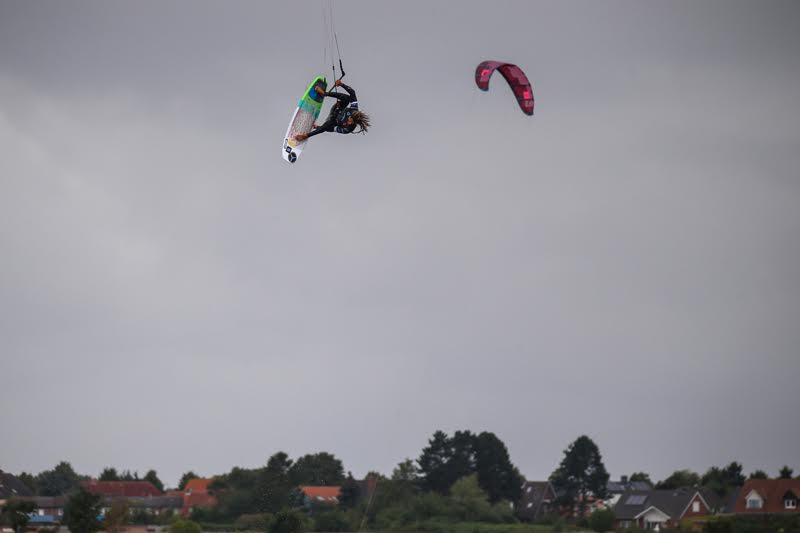 Some of the riders might have been hoping for a bit of a rest today after an action-packed conclusion to the main event already done and dusted but, with a changeable looking forecast on the horizon across the coming days, race director Juan Antonio Aragon briefed the crew at 10.30 this morning for a 12 o’clock start to the special extra discipline: the Big-Air contest.

Although the Big-Air events don’t count towards the overall championship, there’s a lot of pride at stake as all these riders love to purely go huge! 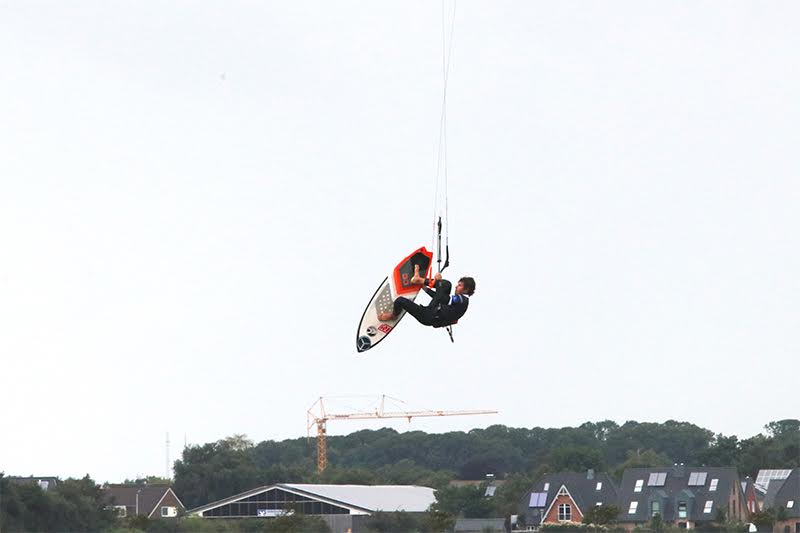 The wind was blowing cross-offshore at the main beach so the decision was made to move the event across the peninsula to the lagoon next to the harbour where it was blowing cross-shore from the left and much more steadily.

This presented the riders with a large, open expanse to compete in and an opportunity to ride in wind from the left instead of from the right (which has been the case on the main beach so far at this event). Keahi won the first heat in round one with a huge board-off backloop while Ralph Boelen was going hard and must have quads of steel to have walked away from some of his kiteloop attempts. 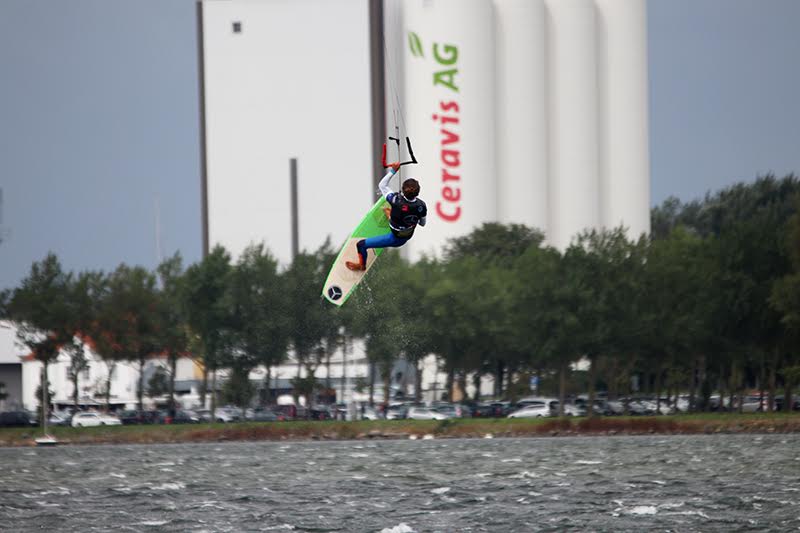 In the second heat Gustavo Arrojo, the Tarifan rider who gave Airton Cozzolino a run for his money in the Big-Air events at both the Tarifa and Sotavento stops on this year’s tour, landed some big aerials and it was clear he had his mind set on a place in yet another Big-Air final. In heat three Camille Delannoy stomped a massive board-off in the opening minutes before going quiet and Paulino Pereira and Luis Brito both rose to the occasion to progress through to the semis in the second round.   Airton then won the fourth heat ahead of Matchu and they both progressed through ahead of Julien Kerneur. 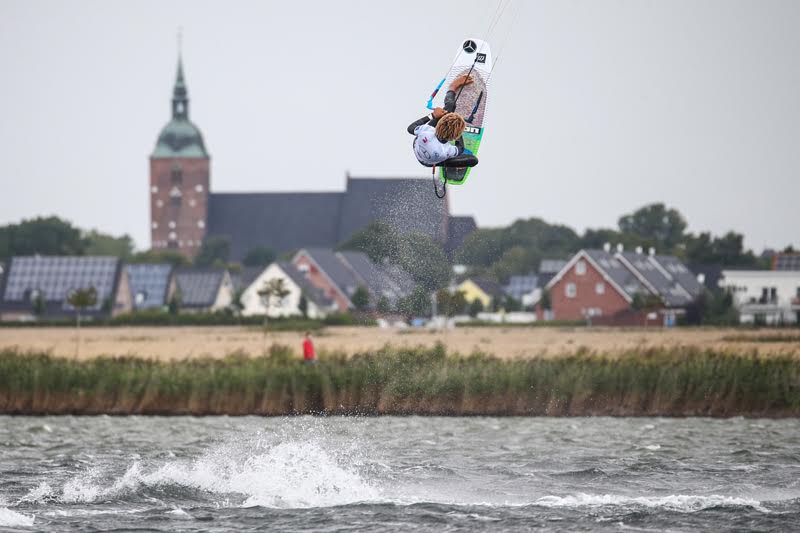 Matchu was pushing for his second final in as many days but it was not to be / Photo: Joern Pollex

In the first semi-final heat Keahi de Aboitiz and Luis Brito stole the show. Keahi went the biggest but Luis was close behind him. In the second heat Airton landed some absolutely massive jumps, rotations and rodeos leaving nobody in doubt that he was not to be outdone in this format in which the judges were looking purely at maximum height gained. 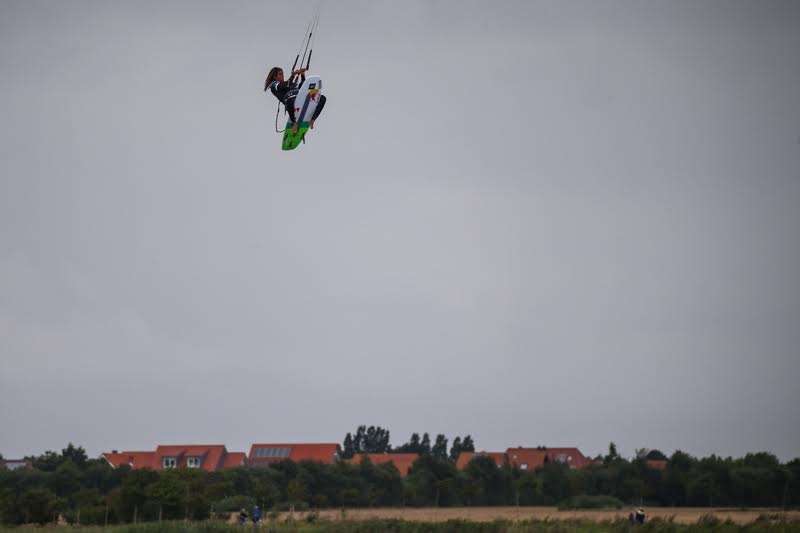 He went through to the finals alongside Gustavo where he would meet Keahi and Luis and the pressure was on from the off. Although the wind had dropped a little Airton was prepared, riding a 12m kite, which was bigger than anyone else’s in the final, and it seemed to work for him. The riders went jump-for-jump and the applause from the beach got louder as the heat progressed, but nobody could match Airton for sheer amplitude and the heat was his!

With the formal competitive events now done in Fehmarn the riders will be able to relax a little and with the festival still running for another six days and parties on every night here at the event site, so there’s no doubt Airton and the other competitors will be out to celebrate tonight!