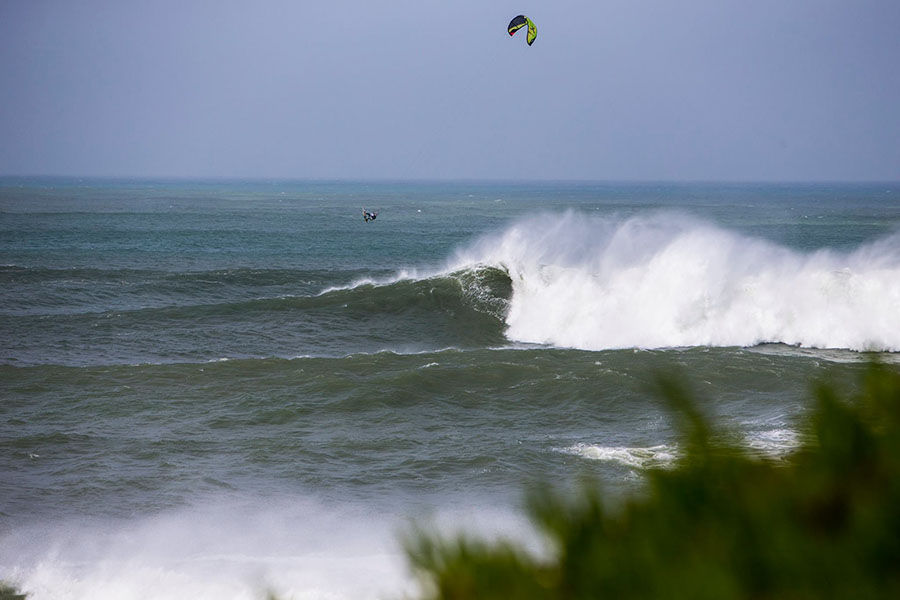 Peniche is built on a rocky peninsula and is known for it's long windy beaches and several recreational activities. Most of all it is known as an amazing surf and kitesurf spot. Just recently the local tow-in guys (Jet Resgate Portugal) discovered the gnarliest and scariest wave of Peniche hidden by the cliffs of the Peninsula.

We had great conditions for training during spring. Now in fall, finally the big swell showed up. It was the perfect beginning for the big wave project I had planned with my water jet mate Joao Malafaya (Towrider). Papoa was expecting 7 meter swells with 25 knots of southerly wind. This forecast fell exactly on the lay day of the ASP world tour stop which took place at Supertubes. With the tour in town, the number of spectators on the cliff increased significantly.
Being the first kiter ever in this spot, I had to check various entry spots, wind gapes, ventures and gust effects etc. Local riders Glûria and Cabral were a big help in this. 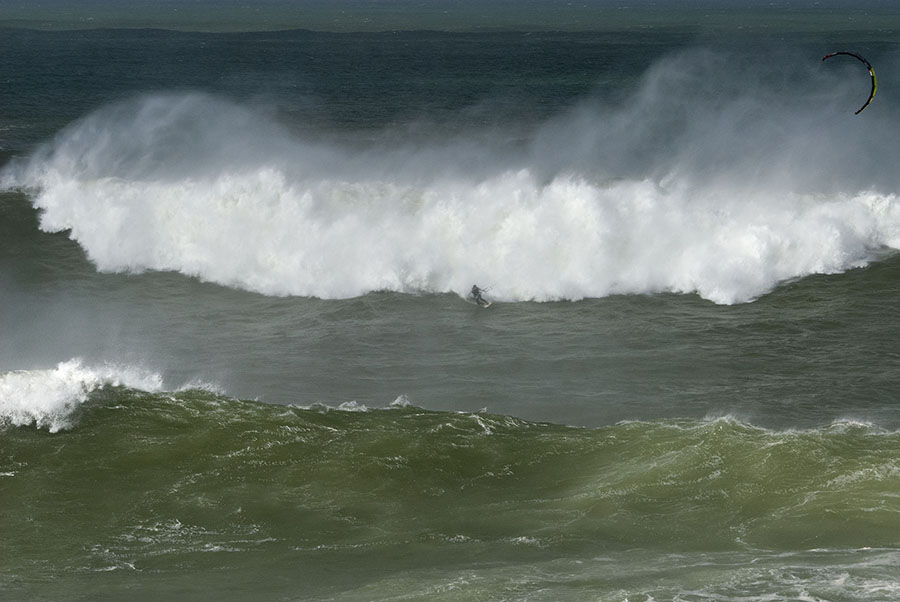 In the end, going out was easier than expected. Arriving on the peak I noticed the wind started to increase. Surfing these beasts was hard and I had to challenge my limits. Thanks to Joao on the jet I was able to push my limits even harder. Adrenaline was pumping with each and every wave.

The crowd was cheering on my waves and jumps until one crazy bomb showed up in front of me. My only chance was to go big because I knew that I was going to fly past this wave and maybe crash in the second one. Due to the huge lip of the wave that was about to swallow my 9m Cabo, I had to yank the kite from 45 degrees to 12 degrees sooner and faster than usually to make sure i survive this beast.

After a while, big wave surfers such as Carlos Burle, McNamara, John John and the whole Jet Resgate team started to fill up the spot and I decided to leave them and went downwind to Baleal where I completed my session with some local riders… Nuno “stru” Figueiredo