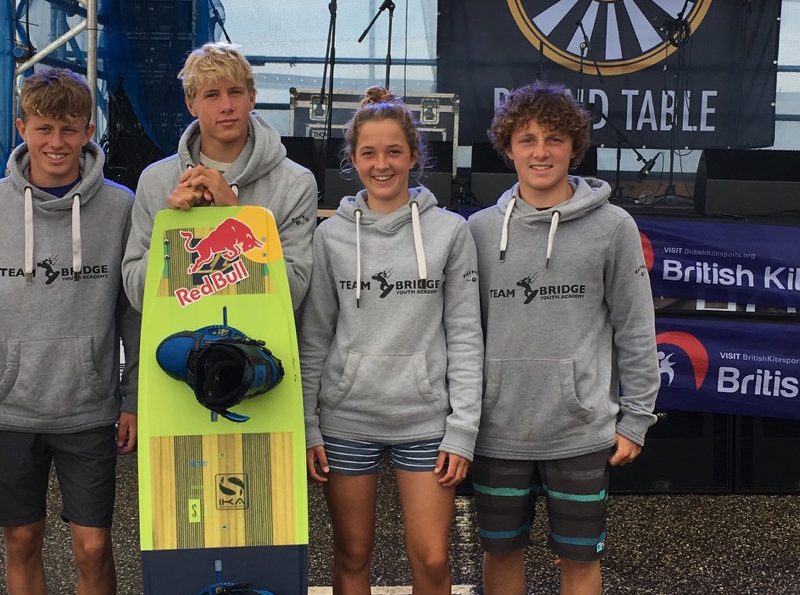 Statement released from the BKSA:

The British Kitesports Association is delighted to announce the team going to the Youth Olympic regional qualifier event in Morocco in February 2018.

This is the main official selection event for the European region for young kiteboarders wishing to reach the Youth Olympic games in Buenos Aires in September this year.

These young athletes have worked tirelessly to become the top ranked twin tip racers in the UK. We wish them the best of luck at this event. The BKSA are helping to supporting these athletes along with the amazing support of the Armada trust and Steph Bridge/Exe Kiteboarders who have generously given funds to help their campaign.

Dan Charlish from the Armada Trust said: ‘We are delighted to be able to support these talented young kitesurfers in their bid to reach the Youth Olympics. Since our funds are all raised by kitesurfers at the Kitesurfing Armada Festival it’s fantastic to be able to support some of the best young kitesurfing talent in the UK, especially running alongside our programmes supporting absolute beginners through the Kite and SUP Youth Tour.’

Steph Bridge, British Youth Olympic coach and multiple world champion herself has also been working hard and fundraising to get the team to this event through ex kiteboarders club FatFace, Exe Kiteboarders Club, parents and and local kitesurfers keen to see medals bought back to Exmouth.

Steph states: ‘We are lucky to have the expertise of the rest of the family – Olly and Guy Bridge multiple Race European & world champions keen to donate their time to train the Youth Academy. The gear support is being provided by Edgewatersports, Tom Beaton at Ozone, Dom Yule with Fone and Emma Beckinsale at NorthktesUK.’