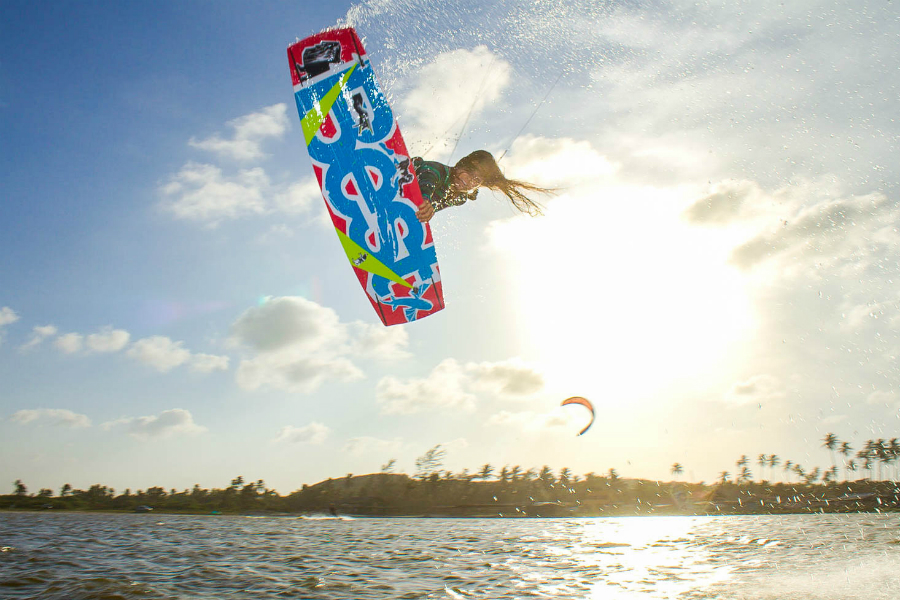 BACK HOME
After the doctor told me I needed to go back home and do surgery ASAP, I called my insurance and I was told by them that they were not going to cover me anymore. Why? A lot of different excuses…

Honestly, I was tired of discussing it with them (I got very stressed and anxious with it). And then I did one of the things I most hate to do: Ask for money from my dad. Especially because, as with many people, my families economic situation is not the best in the world and, if not for my sponsors, I wouldn't be able to kite or travel. So, with much effort, my ticket got changed, and I was flying back home in two days… (Thanks dad, love you!)

THE FLIGHT
I was pretty scared, my shoulder was very painful, and I had a bad trip because of some painkillers the doctor gave me in South Africa, so I decided not to take any more.
Maybe not the best option, the air pressure in the plane made the 11-hour flight horrible.

SOME SHOCKING NEWS
My plan was to go back to Barcelona, Spain to get a 2nd opinion. What I would never have expected was what I heard from the doctor when there… “You have nothing wrong with you, your shoulder is ok. You don't need surgery…”.

Ok, this should be something super awesome and I should be jumping with happiness, but one week before I was told that my shoulder was very damaged, so… I just felt completely lost.

Together with the doctors and physios there, we decided it was best for me to take one month of rest, trying to repair the shoulder with physiotherapy and, if that didn't work, surgery. Between sessions of rehab I managed to get a little job as a babysitter and another as Community Growth Manager for a phone app, so I kept myself busy (helps a lot when you're more down than up). 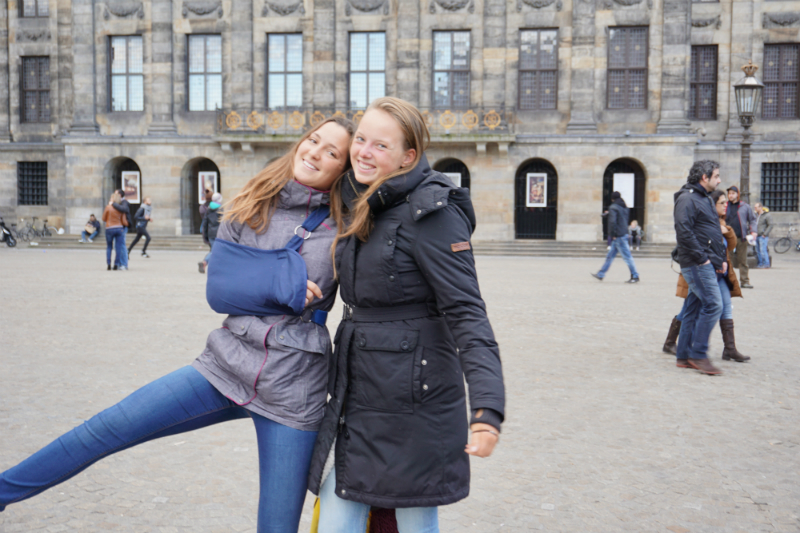 THE 3RD OPINION
I got a third opinion from some other doctors in Spain. I was told for the second time that my shoulder was pretty damaged, that not doing any surgery would be a stupid option because I would break it really badly in the near future, and then I would be even worse than now. Honestly, I wasn't entirely happy with how they checked my shoulder… too quick, too short. If I was going for surgery, I wanted to be 100% sure. 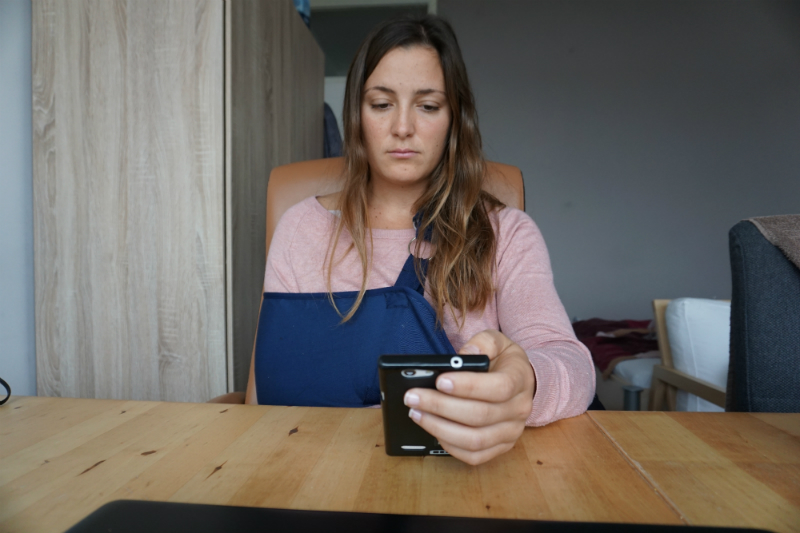 HOLLAND
First of all, if I was going to get surgery in Spain, I would have needed to pay for it by myself in a private hospital (pretty much impossible, as my insurance decided I was on my own…). And the public system in Spain is pretty horrible so I was pretty optionless.

I guess my guardian angel decided to put the guys from KITEMEDICAL in my life. Leon Meijer (physio for Youri Zoon) contacted me via Facebook and offered me the opportunity to come to Holland to check out my shoulder together with Youri's surgeon, Roeland den Boer.

Since I was pretty lost with my shoulder, I decided to go for it.

FINALLY, SOMETHING MAKES SENSE
After several tests, checking the RMI and discussing my options, we discovered that the doctor from South Africa was right. And we decided that the best option was to go for surgery. After four different doctor's diagnostics, I was ready. Let's go for it! The guys from Kitemedical also offered to do the surgery and the first part of the rehab in the Netherlands and, of course, I accepted. With Youri as evidence, it was a no-brainer….

THE SURGERY
The 23rd of March – two weeks after my first visit to Holland, and I was ready. The guys from Kitemedical managed (let's not say how) to get surgery booked in Haarlem Hospital. I was pretty calm. My only fear was needles. I have a real phobia of them! Haha! After a whole morning of waiting (the surgery was pretty busy that day) they took me in to the operating theater (I wanted to film it but I was not allowed, damn!). 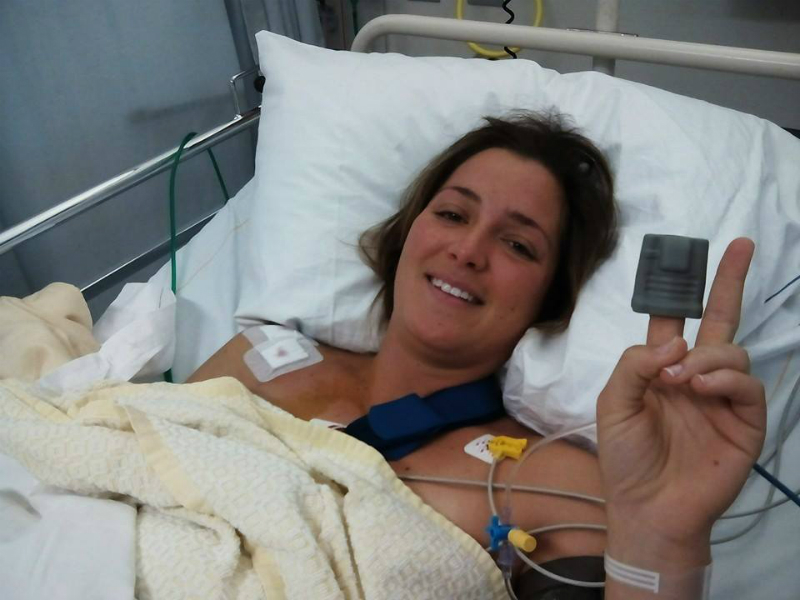 WHEN I WOKE UP
I was very much on drugs, confused and everything was blurry… After some time (probably only seconds) coming back to reality again, I looked down and saw myself naked, with a sling and some plasters on my shoulder. My reaction was the following: YAYYY!!!! I finally got the surgery!

I was crying but, this time, with pure happiness. I couldn't believe that we finally got there after so long, so many doctors, insurance problems, so much not knowing what was going to happen… This just meant one thing: the start of my recovery! 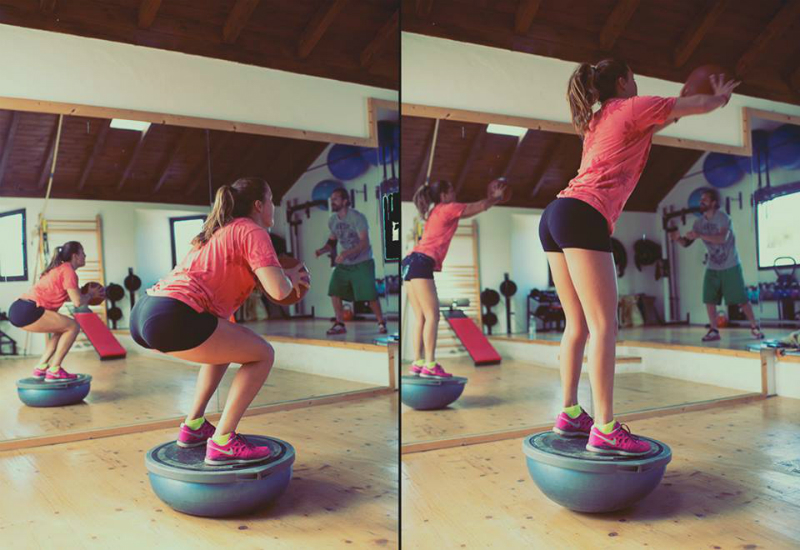 THE WEEK AFTER
It took me a week and a half to start to feel like a human again. I guess it was because of the surgery and the painkillers, but I felt like sleeping all day long, I was extremely tired and had one arm out of action (having a sling and not being able to move very much is a pretty funny thing).

And, well, the nights were the worst. Any position was ok for my shoulder, but it decided to be the most annoying shoulder ever and, when I finally managed to sleep, it was waking me up with some nice hits of pain in the middle of the night. Luckily, I was staying in a friend's house with his family, and they were all taking a lot of care of me. I feel so blessed! 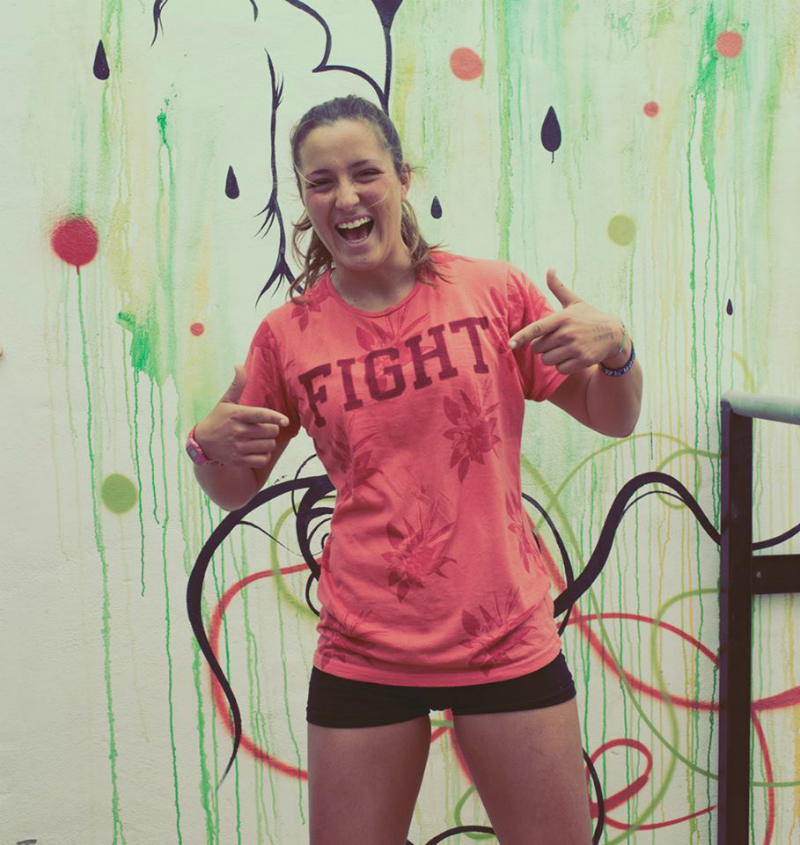 RIGHT NOW
I'm pretty happy with myself because I never thought I would be so positive with this. I'm just extremely happy and doing my rehab exercises every day and taking this story as an opportunity and not as something bad or negative. Everything has it's moment… 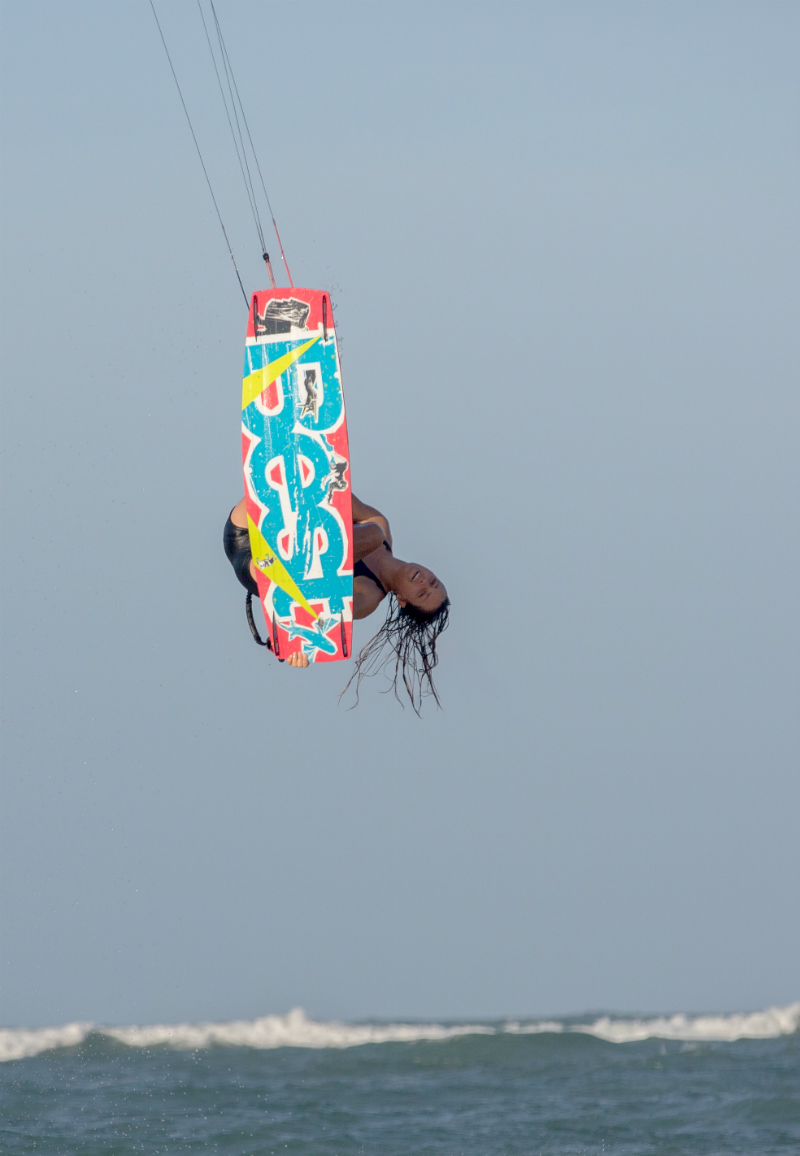 It's now almost one month since the surgery and I only need to wear the sling when I'm on the street! I can already do my hair and put my clothes on alone (so stoked on that! Ha!). The pain is almost gone and I've got back a lot of mobility.

Together with Leon Meijer from Kitemedical, we're doing a great job and getting ahead of the normal recovery time. I'm supper happy with how everything's going! Supper happy that there are still good people in this world that are looking to help other people, just out of a passion for what they do. I can't wait to be back on the water and can't wait to find a way to reward all the people that helped me along the way. You're real diamonds!

See you in the water in 4 or 5 months… Julia 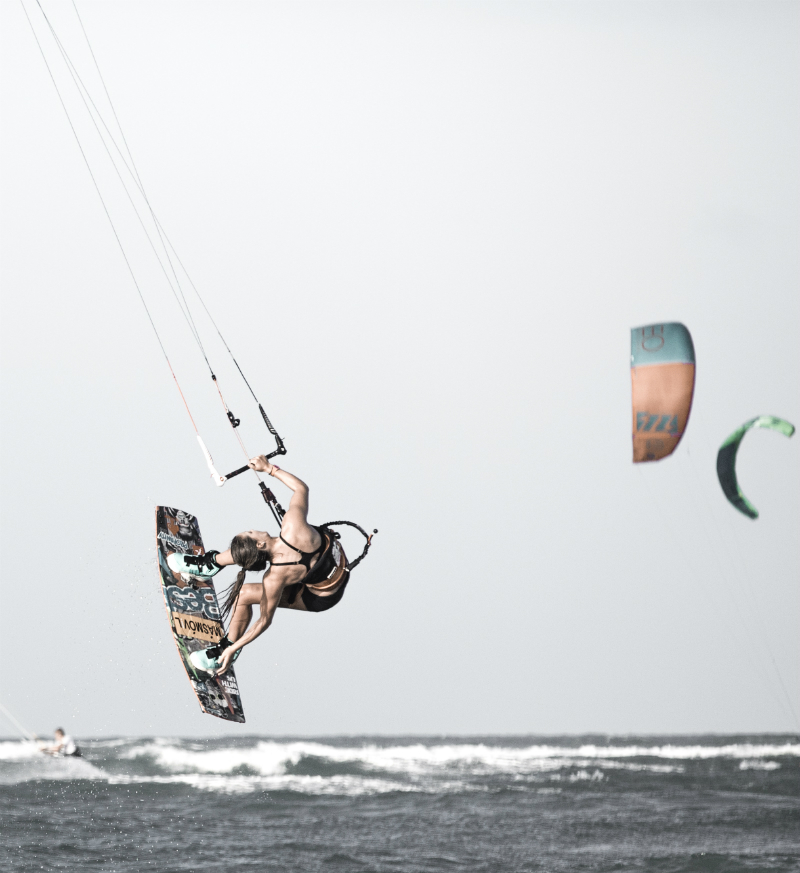