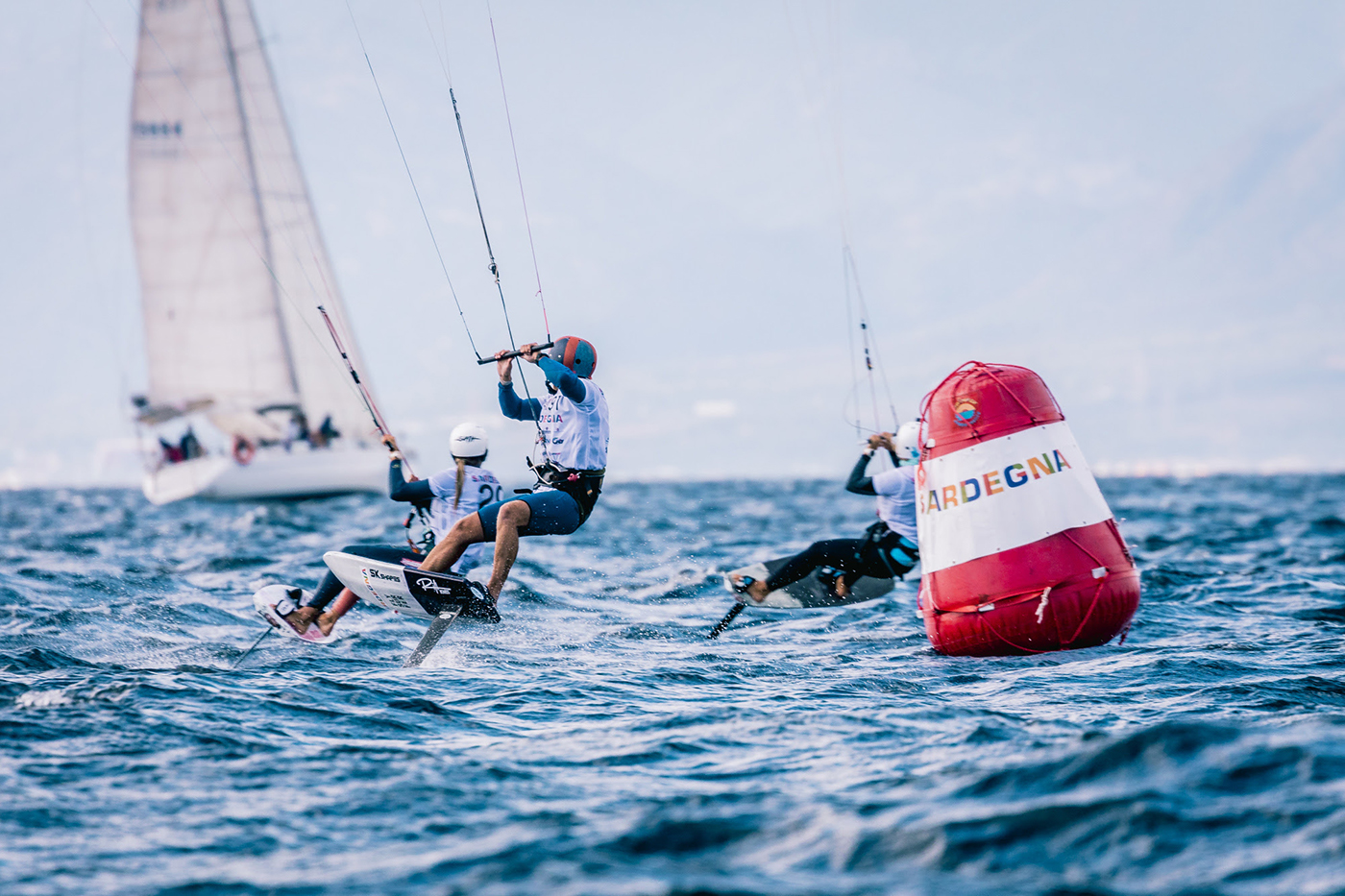 The great wait is over. Two years after the latest edition (2019), Cagliari is ready to host the KiteFoil World Series with the Sardinia Grand Slam, organized by GLESport in collaboration with the Chia Wind Club and with the technical support of the Yacht Club Cagliari, under the aegis of World Sailing and IKA, the International Kiteboarding Association, from October 6th to 10th.

In the traditional eve's press conference, held at the Sardinia Grand Slam Village at the Poetto beach on Wednesday, October 6th, the OC President Gian Domenico Nieddu and the President of IKA Mirco Babini presented the event, in the presence of the Councilor for Tourism, Crafts and Commerce of the Autonomous Region of Sardinia Giovanni Chessa, the Councilor for Productive activities, Tourism and Promotion of the territory of the Municipality of Cagliari Alessandro Sorgia, the Councilor for Technological Innovation, Environment and Sea Policies of the Cagliari Municipality Alessandro Guarracino, and the regional president of CONI (Italian National Olympic Committe), Bruno Perra.

The Autonomous Region of Sardinia and the Municipality of Cagliari are the sponsoring bodies of this renowned international event, picking the baton from the U21 Volleyball World Championships that excited Cagliari's crowd in the latest weeks, with the icing on the cake of the Italian national team's triumph. The Kitefoil World Series is the World Cup of sailing discipline made up of speed and tactics, rapidly growing in the world panorama: it has been included among the Olympic disciplines starting from the Paris 2024 OG. 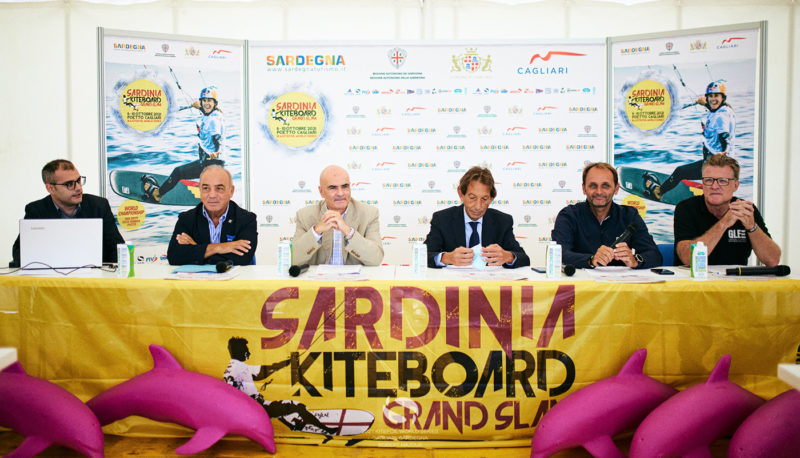 AXEL MAZELLA STAR OF THE EVENT

The French Axel Mazella, turning 24 next December, is the current leader of the IKA KiteFoil World Series 2021, thanks to the second position held in Gizzeria (Italy) last July and the success in Traunsee (Austria) on September 19th. The defending champion, multiple winner in Sardinia in the past years, Mazella leads the ranking with 597 points, six more than Denis Taradin (591), athlete coming from Russia, winner of the season's premiere in Gizzeria and fourt placed in Traunsee. After grazing the podium in the opening race, Frenchman Theo De Ramecourt was runner-up in Austria: actually he's only 9 points behind Mazella.

Runner-up in Gizzeria and third placed in Traunsee, Poema Newland is the best woman in the ranking with 447 points after two rounds. Winner of Austria's stage, Lauriane Nolot (378) is ranked second, ahead of Italian Sofia Tomasoni (363) and Tiana Laporte (321). Valeria Garashchenko also stands among the most awaited athletes.

The images of the Sardinia Grand Slam 2021 will be broadcasted in live streaming on Facebook and Youtube official channels both of the event and IKA (the international kiteboarding association), on Saturday-Sunday, October 9th-10th. The event will reach over 140 countries around the world, with dedicated services and specials. Highlights at the end of the day are scheduled for Thursday-Friday, October 7th-8th, on Facebook and Youtube official channels of Sardinia Grand Slam and IKA.

GIVE SEA A CHANCE: A CALL FOR THE PROTECTION OF THE SEA

The sea will be the protagonist at 360 degrees at the Sardinia Grand Slam. With the “Give SEA a chance” project, the organizers of the Cagliari sailing event embrace the work of raising awareness on the issue of protecting the sea, a global alarm to which no one can remain indifferent. “Give SEA a chance” emphasizes the emergency of the pollution of the seas and in particular that caused by plastic that is destroying marine ecosystems, killing animals and poisoning the waters. Cagliari will be a pole of interest for activities studied to develop a greater collective awareness of the importance of this theme, in a village divided in thematic areas (info and program www.sardiniagrandslam.com). 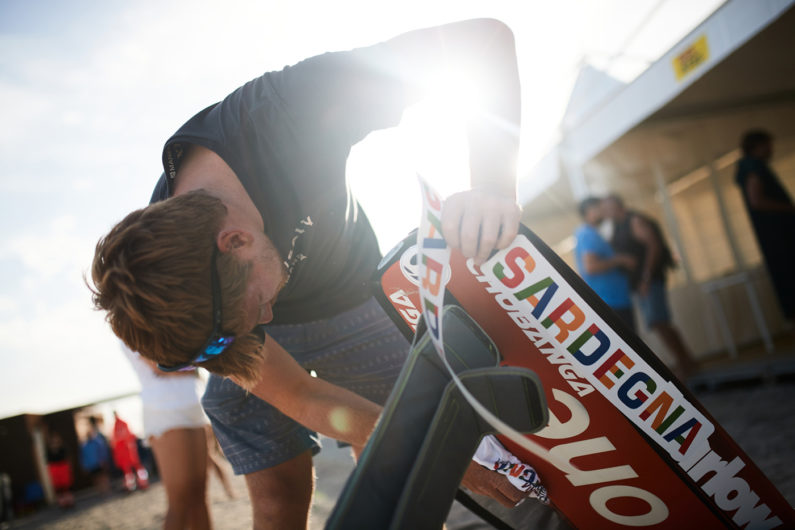 Standing out in the Give SEA a chance schedule, there are the social inclusion activities with the guys of the Foundation “House of Peter Pan” and “ASD SaSpo” followed by national federal kitesurf technicians, Luca Marcis and Mirco Babini, to live a unique experience of encounter with the sea that is synonymous of freedom against every barrier. The Give SEA a chance area will also host the exhibition of Dolphins, held in regenerated plastic in collaboration with Nhood – Gallerie Sardegna, curator of the Sardinia's premiere of Cracking Art travelling exhibition, mixing art and sustainability. The initiative of beach cleaning of the beaches, to be held on October 9th, is organized by MEDSEA and promoted by the athletic champion Sofia Bonicalza, supporting “Plastic Hunt”. the international initiative of Clean Up created to raise awareness of the need to keep the sea clean and healthy.

Cagliari's WWF local voluteers (with their invite “together possible” to tackle the new environmental challenges) and Legambiente local associated (constantly at the forefront of monitoring the sea and the coasts) will also play a key role in the event, as well as Villiasimus – Capo Carbonara Marine Protected Area, the CRAMA (Center for the Recovery of Marine Animals in Asinara), the Punti di vista (Points of view) association, the educator Stefania Melis “Magic Stefy” and the writer Daniele Mocci. 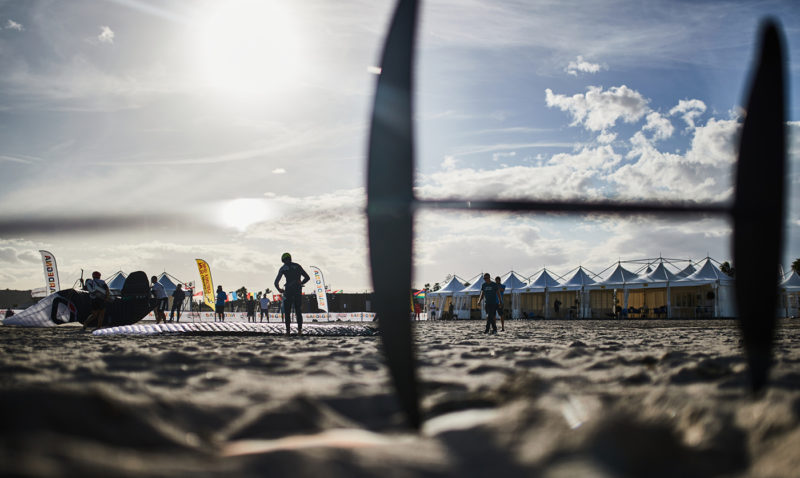