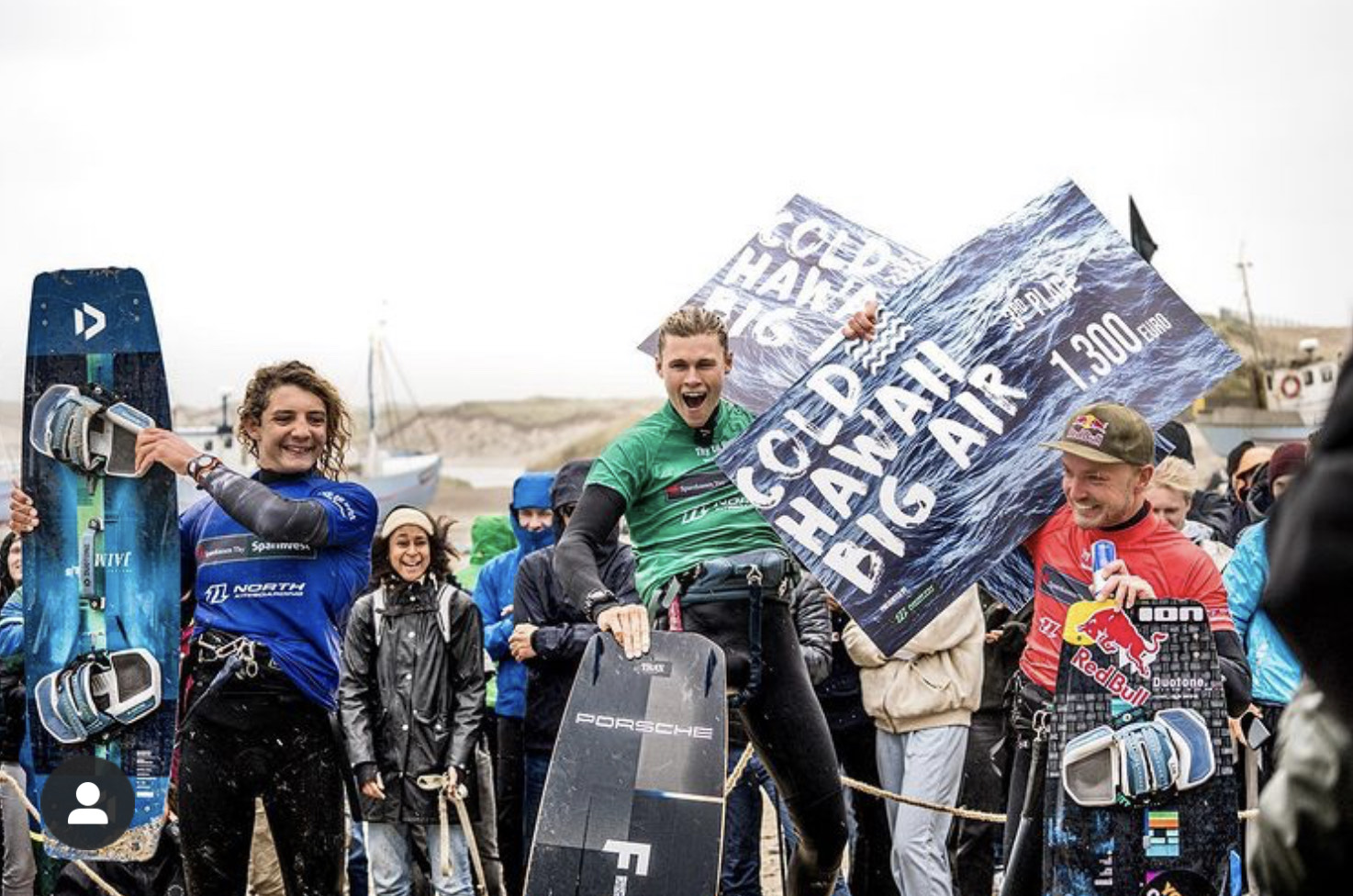 72 hours before the wind window closed, 18 of the world’s best big air kite boarders poured into Denmark’s Cold Hawaii for a 60knot competition. That is not an exaggeration – it was so windy that the riders were jumping the length of the entire competition box.

Here’s how the event finished:

And here’s how it happened:

Make no mistake, this was the Big-Air-Big-Names vs. The-Next-Generation. It was Hadlow, Langeree and Jacobsen, who have 6 King Of The Air titles between them, fending off the very best emerging kiteboarding talent.

Internet sensation Tom Bridge was the only rider wearing boots – a style that requires a disregard for your personal safety. However, he was outwitted by the x5 Freestyle world Champion, Aaron Hadlow, but left his mark nonetheless by landing megaloops backwards. 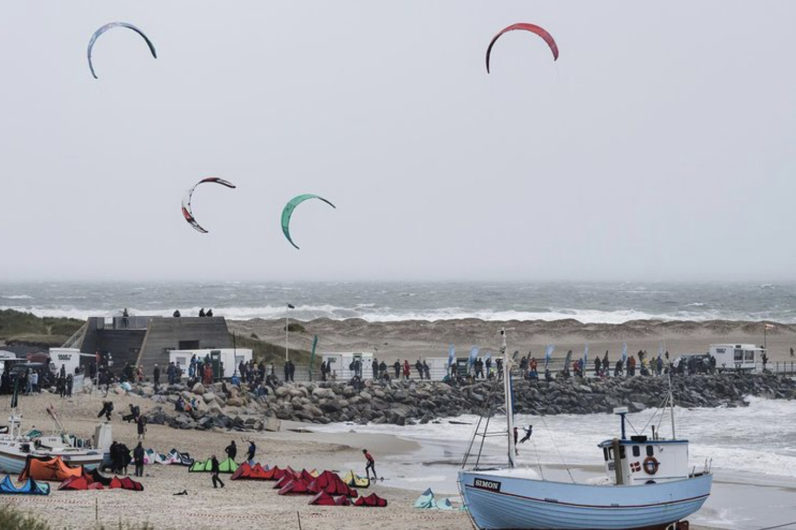 No one saw this coming. Jacobsen suffered a defeat to the eventual second place winner – at only 16 years of age. Lorenzo stunned the crowd on the beach and flooded the YouTube comments with rocket emojis with his board off rotations, which left Nick in the dust.

Another major upset, and this time it occurred during the windiest part of the day. 60knot gusts seemed to freeze the x3 KOTA champion whilst Giel Vlugt, fresh talent from the Netherlands, rose the the challenge with a variety of boogie loops and board off rotations. 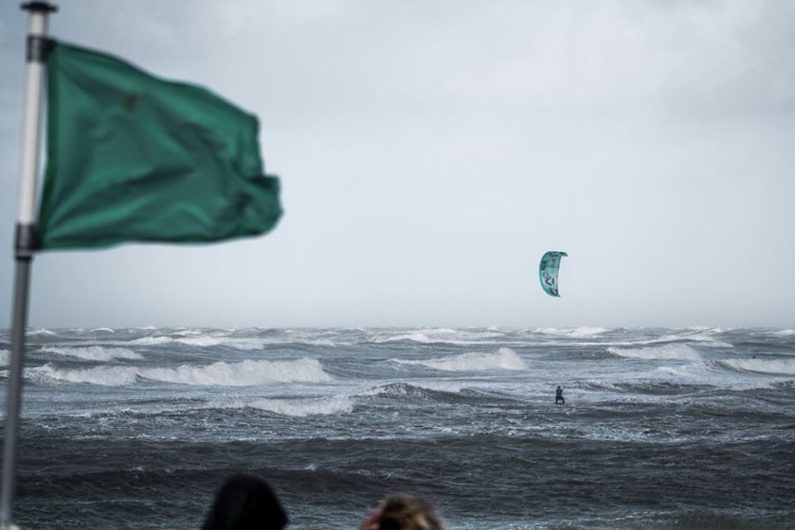 This was huge – a late backroll megaloop, way out the back. The crossed the entire horizon before coming into land near the beach. This put him into the final and secured his reputation for pulling some of the biggest loops in kiteboarding.

In maybe the best heat of the day, Jamie pushed Liam Whaley to his limits. This was the first heat where both riders finished with their scoreboards in the 30s, and the Dutchman looked as if he had nothing to lose. He began with boogie loop that scored a 8.53 and finished with a board off that was so large that the cameraman couldn’t fit it in the frame.

Liam Whaley’s competition experience paid dividends in the final heat of the day, where he used the most trick attempts of any rider and slowly built his winning scoreboard from the bottom up. His strategy saw him landing things he knew he could land before pushing for riskier moves like the late backroll board off – a trick he knew he had to pull in order to stay ahead of the 16 year old wonderboy, Lorenzo Casati.

The young Italian took it to Liam with a giant boogie board off. Lasse Walker didn’t put a foot wrong and landed 6 tricks in a row, however, he lacked the ambition and technicality of Casati and Whaley. Liam was a worthy winner, combining height and technicality to please the judges and push the boundaries of what can be done in kiteboarding.

It was undoubtedly a day for the history books of kiteboarding: there were huge loops thrown, teeth cut, blood shed and champions made. Roll on the third iteration of  the Cold Hawaii Games in 2022, because it’s solidified itself as a major event in kiteboarding. Here’s the link to the event livestream to catch up on the action. 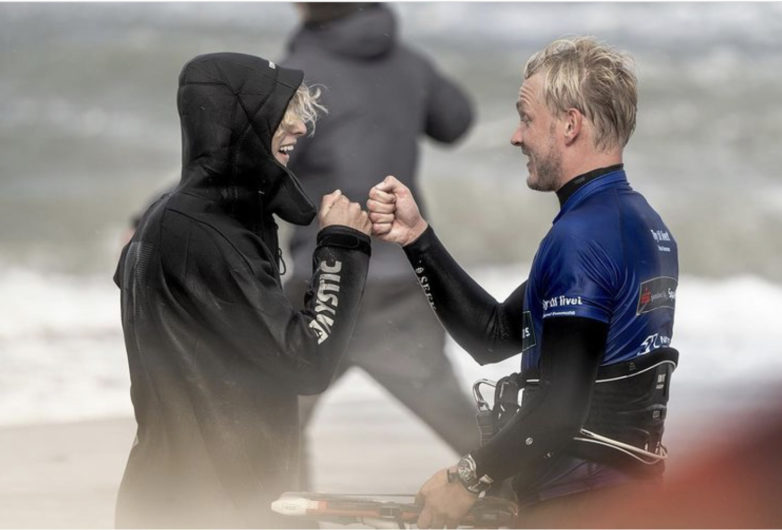