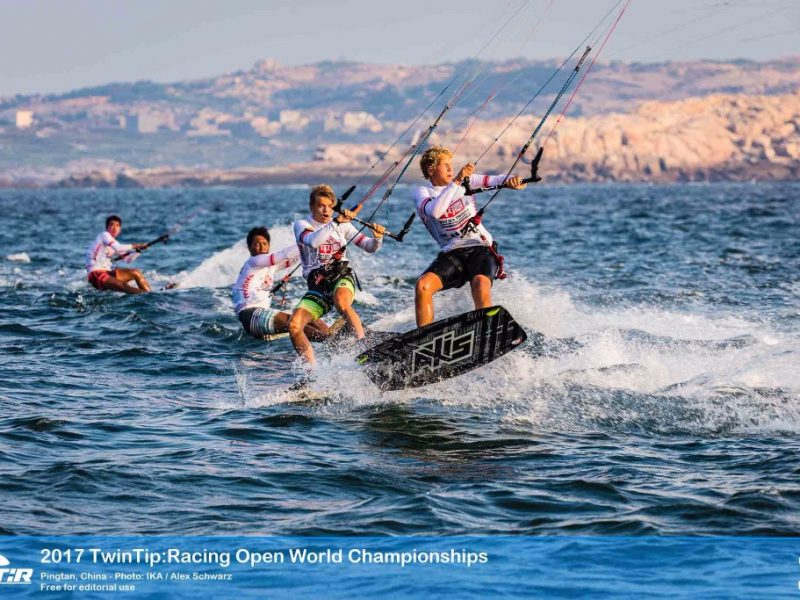 Drama at the IKA Worlds

The drama promised by Twin-Tip: Racing at the inaugural International Kiteboarding Association (IKA) Worlds in China delivered in spades when several of the favourites were knocked off their perches.

With the return of Pingtan Island’s normally predictable winds that went largely missing for three days, both the men’s and women’s leaders found themselves pushed down the leaderboard but remain in the hunt going into the final day.

Only the leader of the Boys’ U-19 division, Tiger Tyson (ANT), strengthened his hold on the top spot with a gritty performance in the second elimination final when he seized an unlikely victory, passing arch-rival Cameron Maramenides (USA) on leg three in the short, sharp down-wind slalom race.

Yet the unpredictable nature of the TT:R slalom-boardercross format, which will be used at the Youth Olympic Games in Argentina next year when kiteboarding makes its Olympic debut, could still throw up further surprises. 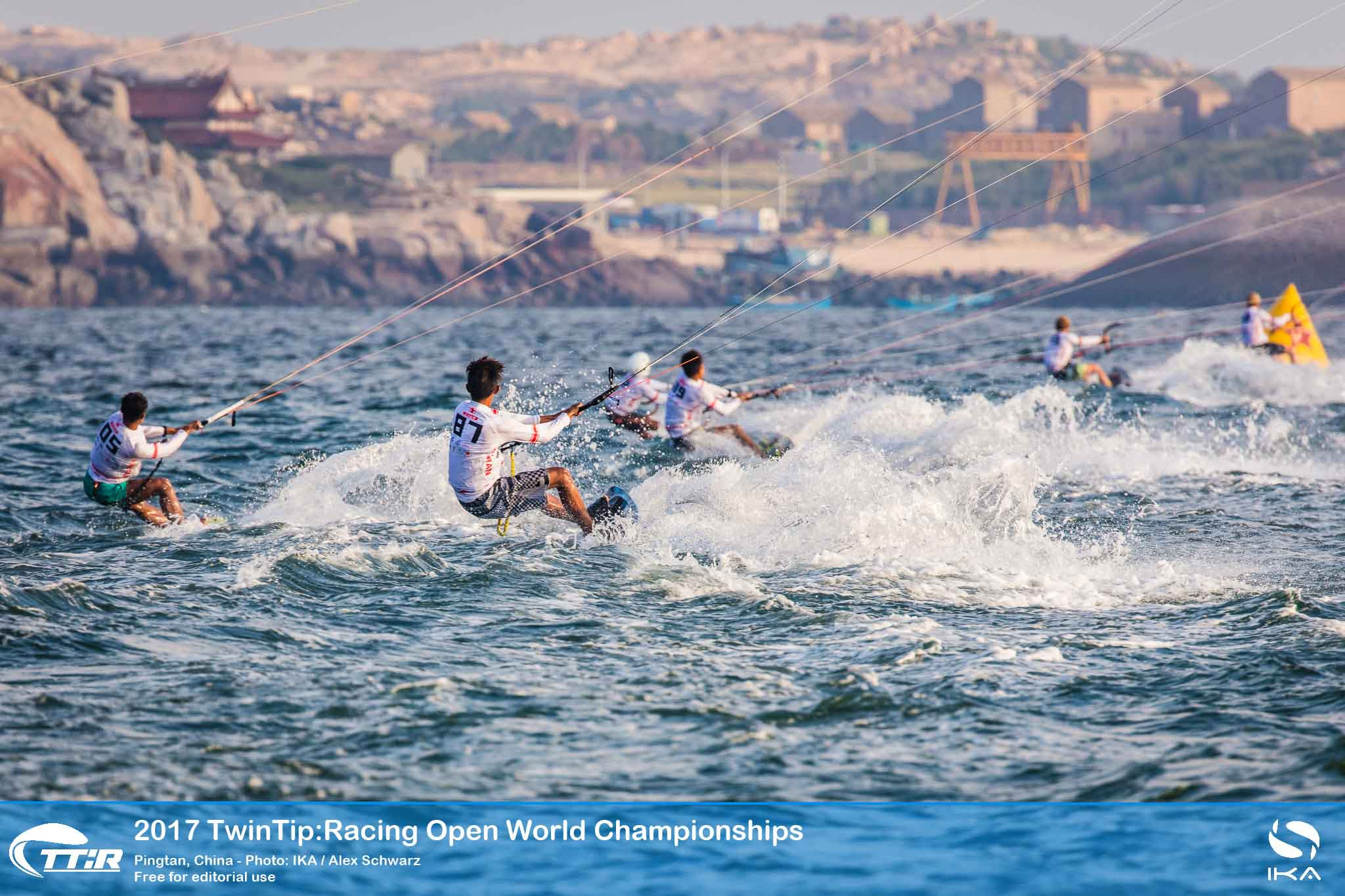 The event in Pingtan, part of the China International Kiteboarding Festival that is also hosting the IKA KiteFoil GoldCup simultaneously, has attracted 65 riders from 17 countries. Many of them are eager to hone their skills ahead Olympic qualifiers next year.

The twin-tip format of five short downwind slalom legs, with obstacles to be jumped introduced if conditions permit, was devised for ease of access for all kiters. Kiters in the Youth divisions are only allowed to use inflatable “tube” kites.

But in the 11kts to 13kts that blew up over the East China Sea just off Pingtan’s beach it was the leading men on their high-aspect foil kites who provided the excitement in their second elimination final. 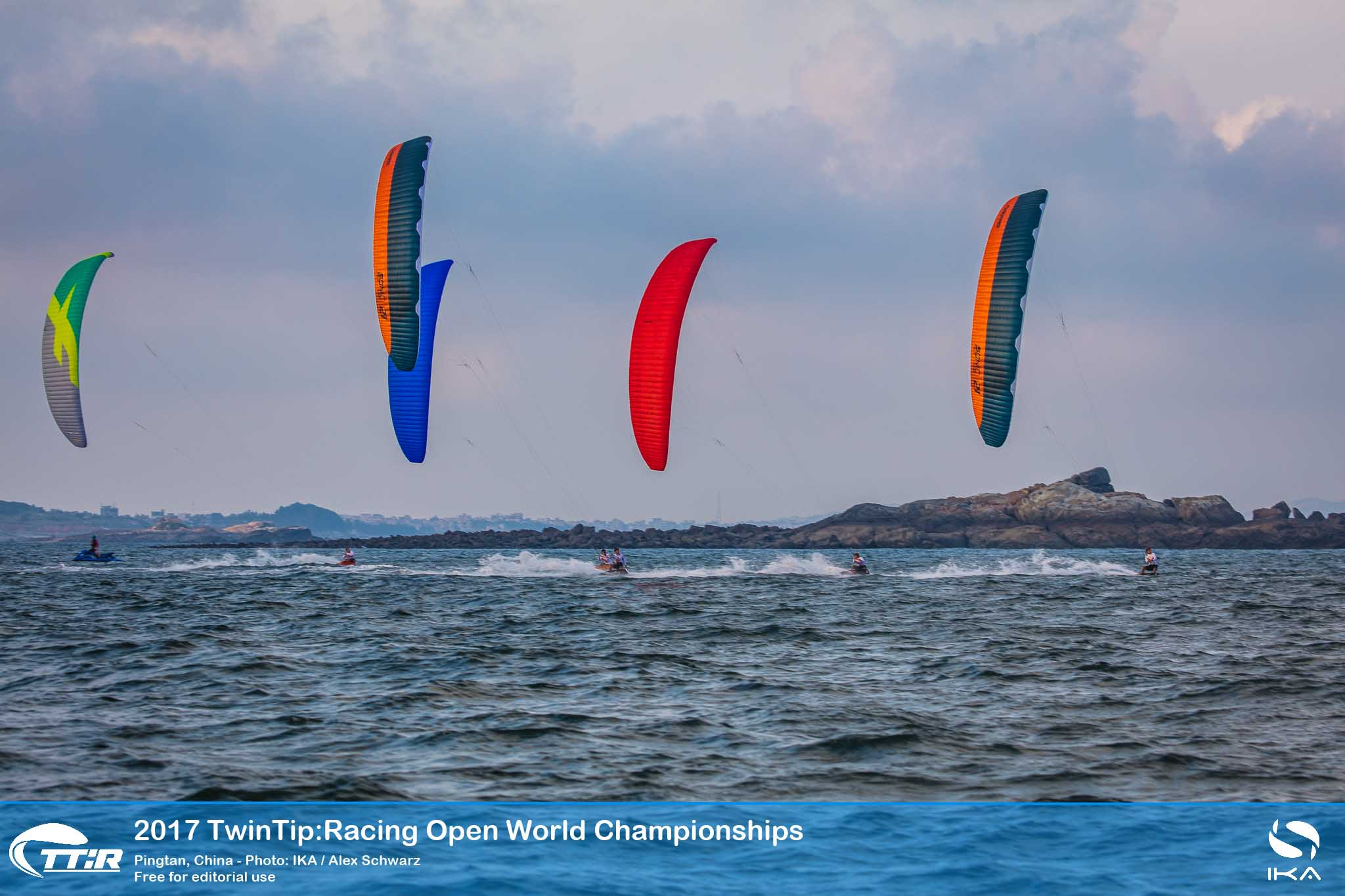 France’s Julien Kerneur was taken out by his compatriot Theo de Ramecourt when they tangled, ending both their races. Kerneur was given redress and fifth spot, while de Ramecourt was disqualified for his troubles.

Asian Twin-Tip champion Narapichit “Yo” Pudla took the win to go top of the leaderboard overall—just. In doing so he knocked European TT:R champion Martin Dolenc off the top spot—just. In fact, the scores are so tight that the pair are equal on points, with Pudla just nosing it on count backs, locked with Germany’s Florian Gruber and France’s irrepressible Theo Lhostis. 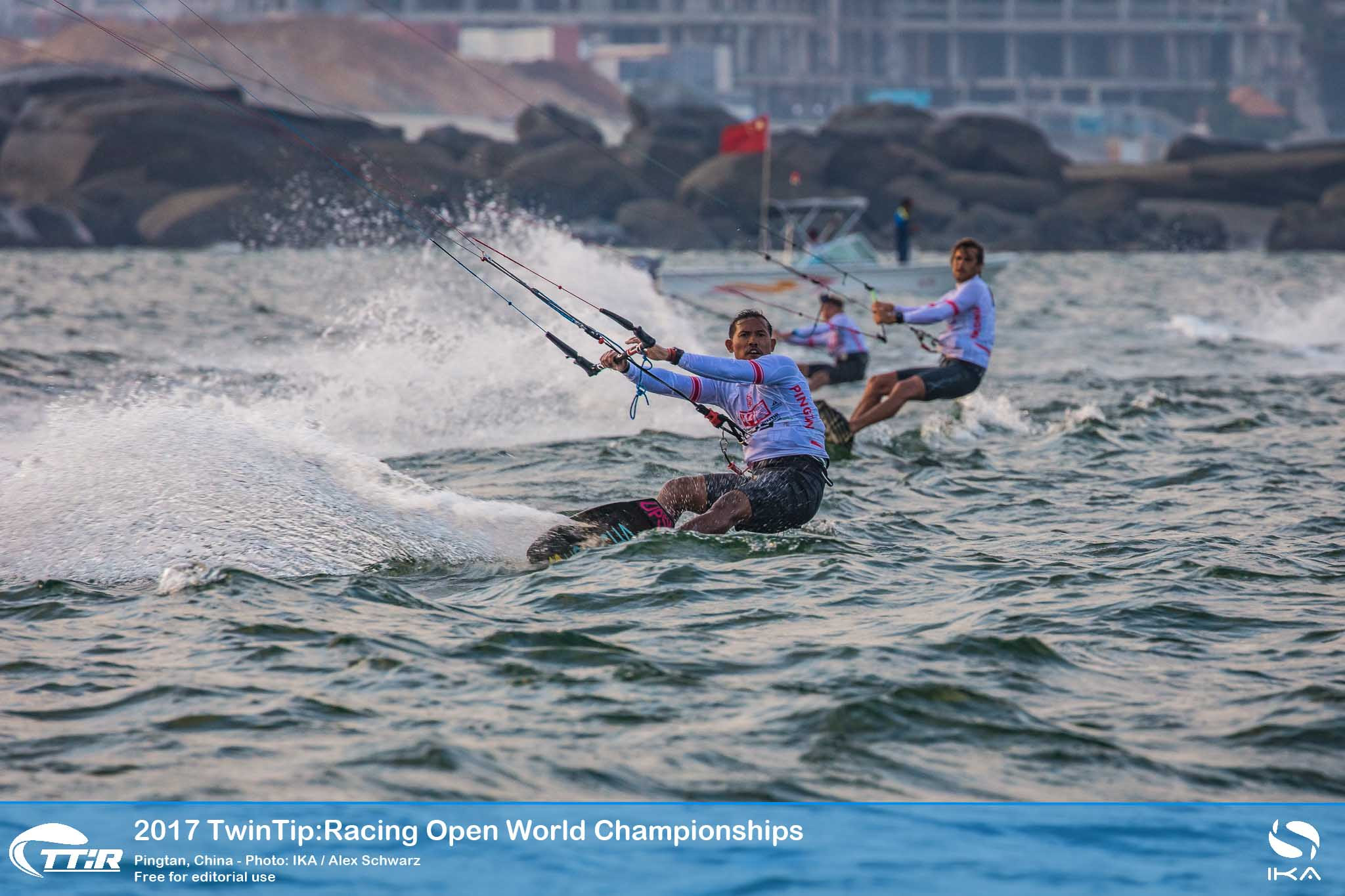 The women’s fourth round was similarly incident packed. Russia’s Elena Kalinina controlled the race from the front, but behind, China’s Jingle Chen somehow pushed her way past two rivals from fourth position to second, leaving Alexia Fancelli (FRA) and MaryJane Gajisan (PHP) third and fourth.

Yet it was TT:R world ranked number one, Kirstyn O’Brien who came off worst. She finished the race fifth, pushing her down to third place overall just behind Kalinina and Chen respectively, who are equal on points. 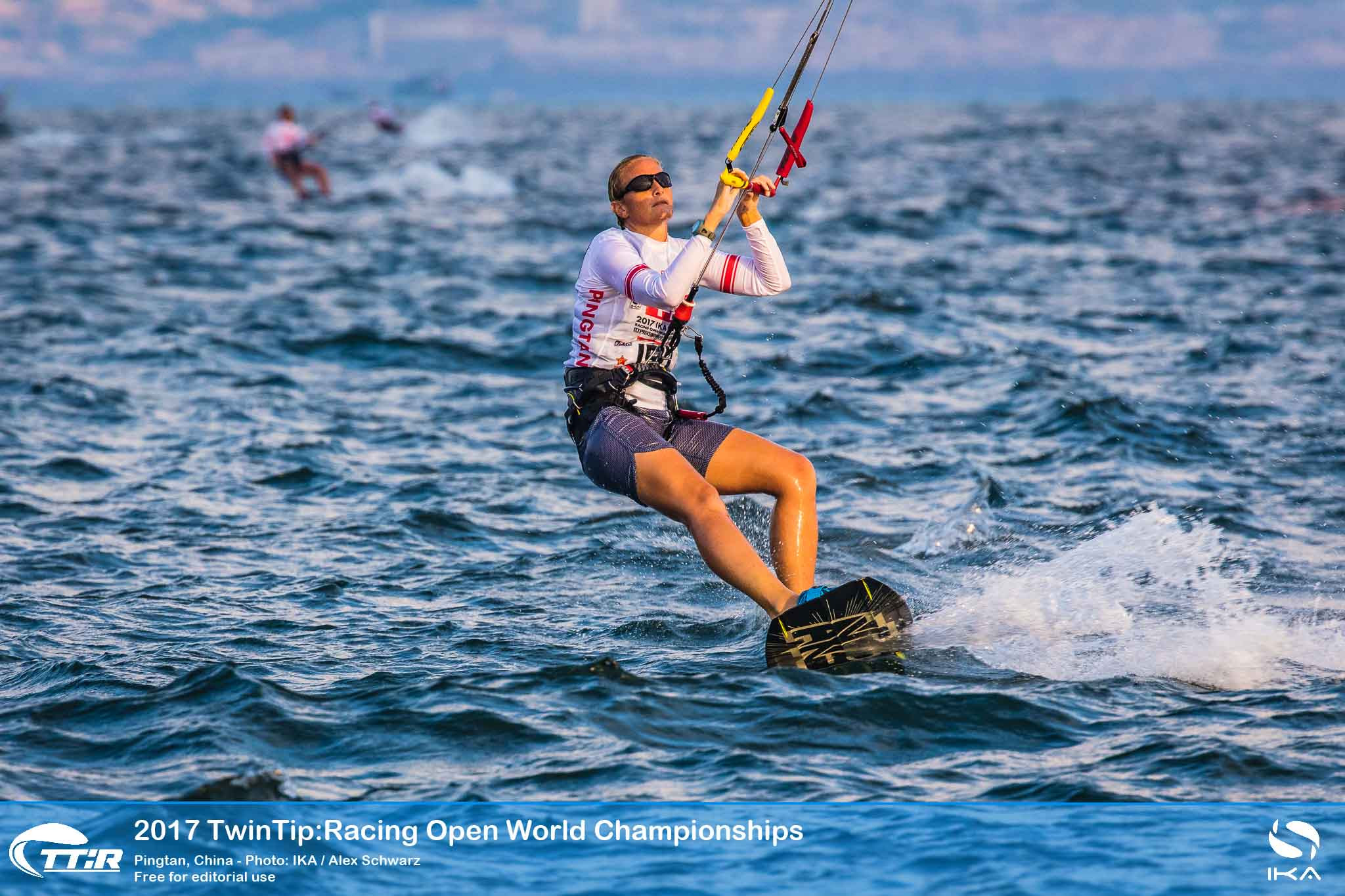 In the Boys’ division of those who will be eligible for YOG in Buenos Aires next October, Tyson’s win over Maramenides, avenging a defeat at the European championships in Italy in July, was particularly sweet.

“I got just got past him at the end of third leg at the mark,” said Tyson, 15. “He had gone slightly too high and that left a gap on the inside where I could just get past.”