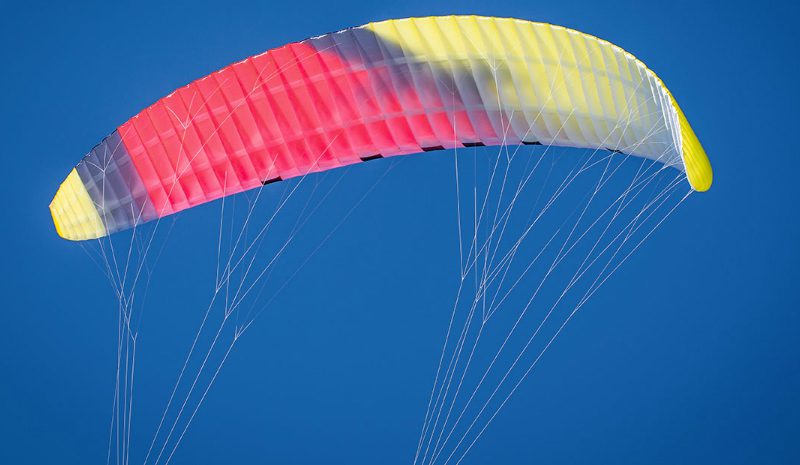 F-ONE kite designer Raphaël Salles has given an interview regarding their new, foil-specific kite. In it, he discusses how he surrounded himself with some of the best riders in the world to aid the development process….

This is quite a surprise coming from F-ONE which is known as a “single kite” brand – where is this change coming from?

For the past 3 years we have been working on the hydrofoil project and this has proved to be a rather technical and difficult project. As you know hydrofoil has grown to become quite popular in France with many of the top high-performance hydrofoil brands coming from our country. We therefore have many of our riders that are regularly up on their hydrofoils and we’re quite involved in it.

My original goal was to start this season with the production of a beginner foil with enough potential to still be able to achieve high light-wind performances. We’ve invested all our R&D know-how and also have used our team riders’ experience.

We’ve included Romain Castel in the team at the end of 2014 and he was our first “foil only” rider. For the 2015 season I wanted to develop a high performance hydrofoil for long distance courses and racing. The goal was to look for a top rider from the kitefoil world tour by the end of 2015.

But at the end of 2014 Maxime Nocher, who is one of the top 3 riders able to win the world cup, got free from previous contracts. This was the perfect opportunity for us even if it came a little early. I convinced him to join us by emphasizing on the fact that he could have all his equipment from the hydrofoils to the kites made by the same R&D team/brand. His home being not far from our office also helped.

Beside this, during the 2014 season, the foil kites became the reference for foil racing and light-wind conditions. So we needed to get into it if we wanted to be on the podiums and be one of the top leading hydrofoil brands.

Only a few might remember but we actually started selling foil kites in 1998 and up until 2002! So we had some experience with it and knew what we had to deal with.
Robert Graham, our kite designer, is also a paragliding and a foil kite designer. Robert has been a paragliding world champion so he knows a lot about foil design. We talked about it early on and he fully understood that we had to make a high performance foil kite and in a short time!

The challenge was huge so he contacted his paragliding friends and a good surprise came up as one of the leading paragliding brands -Gin Gliders- was interested! Robert used to be a designer for Gin for 10 years. Moreover, one of Robert’s neighbors, Hans Bollinger, is the Gin paragliding tester and distributor. By chance he’s also a kitesurfer and was super motivated by this project. Worth mentioning: Hans has also been paragliding world champion twice in the 90’s with Robert’s designs!

So in the end we were able to gather a team that you could only dream of if your aim is to make a high performance foil kite! Robert and Hans for the R&D with Gin dealing with the designs and production. Gin is clearly one of the top paragliding brands and they are able to design and produce the latest high-end performance designs with top quality.

The second surprise is that F-ONE has never been involved in racing?

Yes sure. For me it was always clear that racing couldn’t be a major discipline of our sport, mainly because I believe that everything in kitesurfing should bring you incredible feelings and freedom. The racing boards that used to be the norm were so difficult to ride that they could never be super fun.

Now the hydrofoils have changed everything because there is nothing more fun to ride when wind is blowing below 15 knots! Flying above the water in 10 knots of wind at 20 knots of speed with all that power and speed is just fantastic.

Light-wind is where the hydrofoils are making the difference and light-wind has always been a lot about performances. So to be involved in the racing discipline is important to learn and get to know how the foils are working while the best racing riders also know a lot about it.

So all that R&D to achieve top performances in the competitions will provide us all the knowledge we need to design hydrofoils for the wide public. This sport is still so fresh and some major innovations will come from the racing circuit. Just like the things that automobile racing is bringing to your own car. If one day the average rider becomes able to cruise at 30 knots speed, it will be thanks to the R&D provided by the racing circuit.

But why should customers need a foil kite?

Of course foiling competitors won’t be the only ones to enjoy the benefits of foil kites. When we looked at the “ultra light” wind conditions, so below 10 knots, the foil kites became clearly interesting. In those light condition the foil kites are lighter than big inflatable sizes and they also have better performances. They deliver more power but also have more speed, so on a hydrofoil you can make the most of the speed they provide to create apparent wind.

You can therefore use a kite of smaller area with great power, light-weight and high performances. Moreover hydrofoils are actually going so fast that you need a fast kite to keep everything on the same balance. It’s quite a different thing from riding a twintip which is much slower.

What are the other advantages of foil kites?

It’s quite difficult to have such a high aspect ratio on inflatable kites because the leading edge becomes too long and hard to control. Beside the fact that they are lighter they can be designed with a much higher aspect ratio: average inflatable kites are around 5.5 AR, while the foil kites go up to 7 AR.

In ultra light wind, like 6-8 knots, the inflatable in big sizes will also have problems to relaunch. Thanks to their light weight and closed cells the foil kites actually have a better chance to relaunch.

How is the depower of the foil kite?

The foil kites have two ways of controlling the power:
– First they are able to go so far towards the edge of the window, thanks to their aspect ratio, than you can easily control the power that way.
– Secondly, because they have no inflated structure, the foil kites are deformable to a certain point and they are designed so that when you depower, it reduces the angle of attack (like with an inflatable) but it also changes the profile of the kite.

Why the foil kites are more expensive than the inflatable?

There is a lot workmanship involved on a foil kite with a lot of different pieces to sew together. But there is also a lot more fabric area used in the kite because you have the top area, the bottom area plus all the cells inside so a foil kite uses approximately 3 times more cloth. 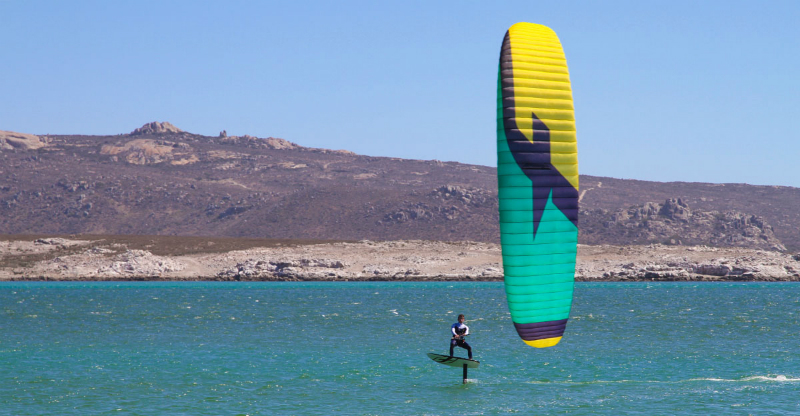 What is the difference between the “old style” hydrofoils and the new generation of gear?

The first hydrofoils had quite poor performances. You could get up and fly but speeds were low and you also needed a lot of power to drive them around so the kite area you needed was about the same as on a twintip.

The last generation foils are able to go faster and are more efficient so once you are up and flying they only need little traction to keep going. Since they go faster, they are also able to literally create wind for you. As soon as you know how to ride on a foil the balance can found at 10 knots = 10 m2 kite, which is a much smaller area than usual. 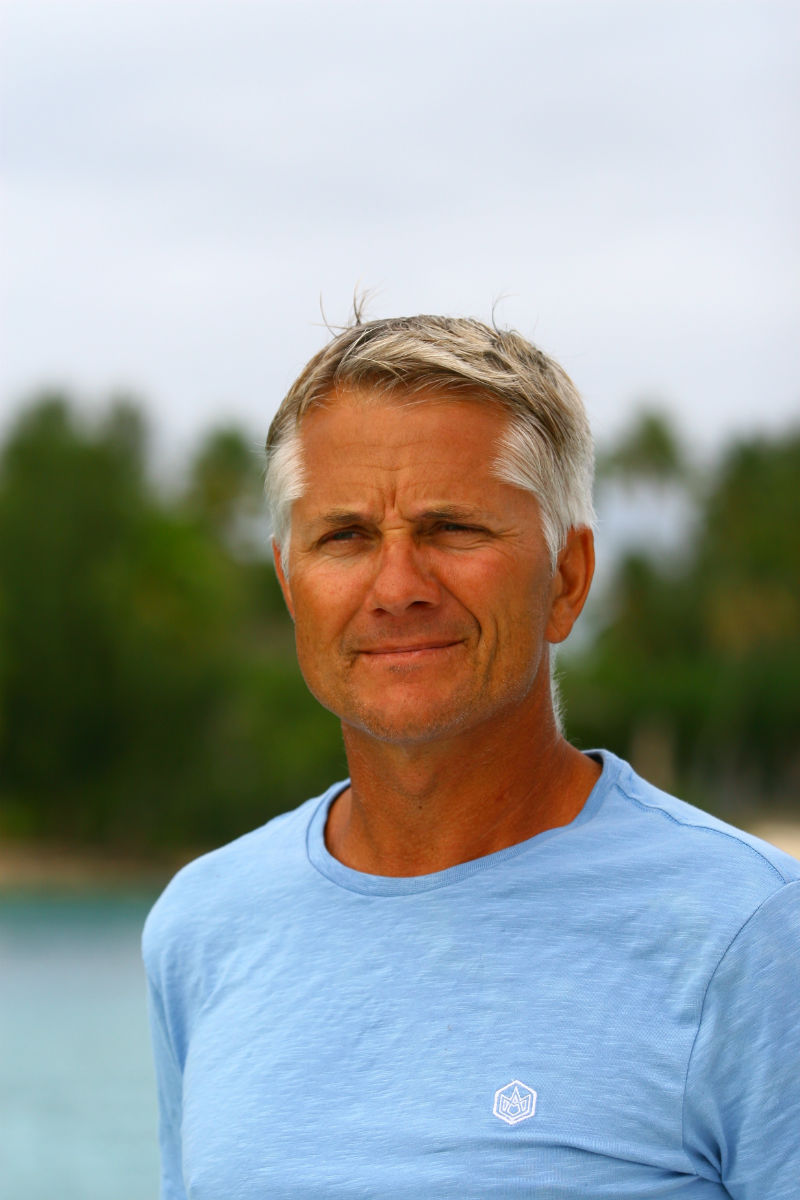