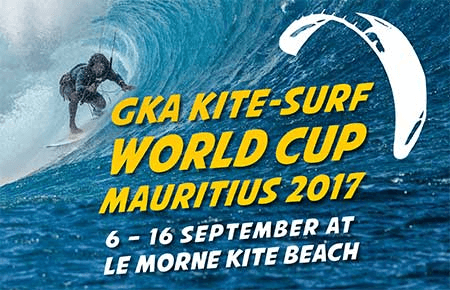 After a late start on Sunday, the decision was made to push ahead with round three in the men’s division with some tough draws and big heats from the off.   Keahi won the first heat of the day against Marvin Louis in which he scored the only barrel of the day before Willow-Rivers Tonkin-Shakes got the biggest applause so far from a stoked home crowd after beating Moroccan rider Ismail Adarzane.

Ismail stormed out to meet Willow in heat 19 but couldn’t make up the lost time in his heat quick enough /  Photo: @Surfkitephoto

Willow was ripping as ever but also enjoyed a pressure-free first half of the heat due to Ismail missing the start and losing himself valuable time to rack up a decent wave count.   Experienced competitor Sandro Pisu then put together a consistent, steady performance against Oswald Smith in the third heat of the day, selecting his waves well and always positioning himself right on the incoming swell before Matchu Lopes secured his route to round four after beating Tarifan ripper Gustavo Arrojo in the fourth heat (heat 20).

One of the best top turns in the game? Matchu in round three / Photo: @Ydwer

Next came a Brazilian battle as Filippe Ferreira and Sebastian Ribeiro, two highly capable waveriders who take a very tactical approach to their heats, went wave for wave with Sebastian clinching the win and Filippe heading straight to the judges boat to check his scores.

After that we saw a dramatic turn of events as Paulino Pereira beat Mitu Monteiro in a super-tight heat. Mitu put his marker down early and tore his first three waves to pieces in a savage backside assault but Paulino fought back late in the heat to take the win, knocking Mitu out of the running as he progressed to round four. This was an important moment in the event, but also in the tour as third position overall remained a fight between a few riders, Mitu and Paulino being two of them. Sadly, Mitu now can’t make the overall championship podium, but Paulino could…

Mitu gave it everything but just couldn’t quite make it happen today / Photo: @Ydwer

In heat 23 Kevin Langeree, who has been absolutely charging throughout the event, pulled ahead of Ralph Boelen. In the final heat tour leader Airton Cozzolino took on Brazilian young gun Pedro Matos who put up a spirited fight leaving very little between the competitors as the judges tallied up the score.

It was close but Airton managed a 9, the highest scoring wave of the day, and his powerful hacks and full power assault on One Eye did the job. He’ll go up against Kevin Langeree next in what will be a truly epic heat in round four!

No slip-ups for Airton this year. His eye is on the prize! / Photo: @Ydwer

With men’s round three complete the women were back out for round two with four heats to get through. In the first heat (heat 5A) Carla Herrera Oria, who impressed everyone this year on the tour with her performance against the guys at the first event in Tarifa, beat local rider Tatiana Mukhina before Ninja-Maria Bichler put her local knowledge to good use to beat Belgian rider Evelien Bolle. Ninja will face Carla next in heat 7A in round three.

In heat 6A Moona Whyte, who has been one of the standout backhand riders in the female division, notched up a decisive victory against Kathrin Ernest and then a serious showdown to round out the day followed between Jalou Langeree and Milla Ferreira in the last heat.

Jalou will be back with a vengance in the double-elimination / Photo: @Ydwer

Jalou could well have been expected to storm to victory at this event but Milla had other ideas and wasn’t about to make it easy for her. Even from the beach you could see the power both riders were putting behind their turns, milking all they could out of the fast moving waves on offer, and Milla’s brother Filippe was on tenterhooks watching his sister take on former KSP World Champ Jalou.

Milla Ferreira sends one off the lip to beat Jalou / Photo: @Ydwer

Maybe Filippe’s beachside good vibes made it to the line-up as, when the call finally came through from the judges’ boat, it was advantage Milla and she goes through to round three in which she’ll face Moona Whyte.   It’s not over for Jalou though, or any of the riders who lost Sunday’s heats, as a double elimination is being run in the women’s division so they’ll all have another chance when the heats get rolling again.

Monday’s riders briefing at 10.30am announced the competition is on hold with a hope for improving conditions throughout the day, so stay tuned to the socials. Check out the heat lists below – and analysis below that.

We caught up with Head Judge Dani Jiminez to get clued up on the maths going down here:

If Airton loses his heat against Kevin in round four he’ll finish fifth at this event and if Matchu even gets second at this event, then Matchu will be world champion.

If Airton wins his next heat against Kevin then Matchu HAS to win the event to be crowned world champion. But, if Keahi wins it’ll throw a spanner in the works.

Keahi CANNOT win the tour. Only Airton and Matchu can win but Paulino CAN lose third overall to Keahi. If Paulino loses in round four against Sebastian and finishes 5th here in Mauritius, and Keahi wins the event, then Keahi will be third overall and Paulino will end 2017 in fourth.

In fact, if Keahi wins the event and Paulino even got third place, Keahi would be third overall.

Even if Keahi takes second and Paulino takes fourth, then they will tie overall on points but Keahi WILL still take third as he has a higher final position in Mauritius (the last event) which is a tie-breaker.