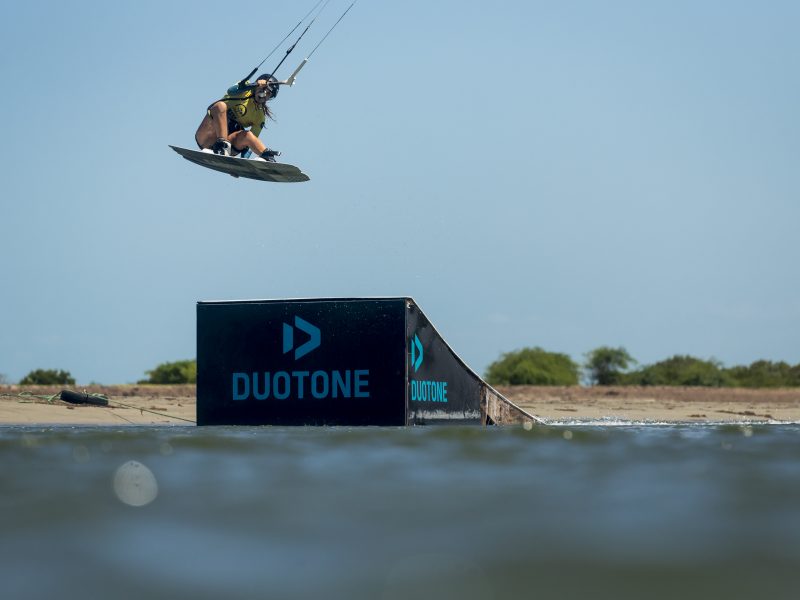 Highlights of the Kite Mansion Open

In case you didn’t watch the action live, check out the official recap from the Kite Mansion Open that took place last month!

The Kite Mansion Open, third and final stop of the Kite Park League, took place in Icapui, Brazil from the 24th of November until the 1st of December. Since Alex Maes and Annelous Lammerts got into park riding 3 years ago they dreamt about organizing a Kite Park League event at their favorite place, the Kite Mansion in Icapui, Brazil. Together with the help of Sam and Nico, owners of the pousada Kite Mansion they made their first KPL event happen, the Kite Mansion Open. This is the first time that a KPL event was hosted in Brazil and with the smooth wind and butter flat water the level at this stop was bound to be higher than at any other event.

Day 1 of the Kite Mansion Open started with a massive beach clean up. With the help of the local community, the KPL riders collected a truck full of waste. The riders also had the opportunity to plant new mangrove trees and in that way they could give back to this beautiful kite spot.

The second day of the Kite Mansion Open we started with men round 1. There where two heats with the top 4 advancing to the final. No second chances, no double elimination, so it was straight into an insane level of riding with everybody frothing to showcase their best tricks! In the competition the riders have to hit a right and left foot kicker, and a right and left foot line instead of just hitting one rail like in other events. In the lines the riders have to hit 2 rails straight after each other. On both rails the riders are getting scored from 0 to 10 and there is an extra 5 points for the ‘flow’. The flow is all about getting a good line without hooking back in, switching stance, keeping good speed and spinning both ways so you don’t have to change your leash.

In heat 1, Chris Bobryk came in 4th and made it to his first KPL final of the year and in 3rd place came Noè Font, who threw down some of the most stylish lines this year. Ewan Jaspan made clear that he was still going for that 2018 KPL title by doing some of the cleanest and most technical lines and really powerful kicker tricks. But it was Christophe Tack that landed a clean heelside frontside 900 and solid hits on all the features and he came out on top of this heat.

In heat 2 of round 1 we saw Axel Tack with some very technical lines and consistency on all the features which won him a spot in the final. Ramiro Gallart came 3rd in heat 2 with a clean heelside frontside 7 off the left foot duotone kicker and some very good hits on the rails. Brandon Scheid qualified second in this heat with the second highest score of the event and the biggest mobydick 540 we have seen on the Kite Park League. But it is Alex Maes who created the biggest surprise at his home park beating the current KPL leader and scoring the highest points of the event with a total of 58,05 points out of 70 points and qualifying first in this heat.

From round 1 we went straight to the women final. In the women final we had Sensi Graves and Colleen Carroll from the USA, Annelous Lammerts from the Netherlands and Julia Castro from Spain. Karolina Winkowska unfortunately had to withdraw from the event after getting injured while getting ready for the this final event of the year. Julia Castro ended up 4th with only 0.15 points behind Sensi Graves who ended up 3rd. Colleen Carroll grabbed second place with solid and consistently good hits on all the features. But it was Annelous Lammerts who showed she was right at her home park with the best lines of the contest, a toeside backside 540 (double handlepass) and a crowmobe of the Duotone kicker to seal the deal and win the first ever Kite Mansion Open.

For the men the battle for the first Kite Mansion Open and the 2018 Kite Park League title continued. Alex Maes, favorite for this year Kite Mansion Open, couldn’t find his left foot line due to a kite problem but still managed to come back to 5th place with the biggest rewind we have seen on the kite park league scoring him 9 points and the second highest scoring right foot line scoring him 20 out of 25 points. Christophe Tack just missed the podium at this year Kite Mansion Open, but scored the highest kicker trick of the event with the biggest and cleanest heelside frontside 900 we have seen in competition.

The battle for the podium was extremely close and there was only a 1.03 points difference between 3rd and 1st place. Brandon landed another huge Mobydick 540 in the final which secured his 3rd place. Ewan Jaspan made it to second place with his very last line attempt on the right foot forward line that gave him the highest scoring line of the final with 22 points. Argentinian Shredder Ramiro Gallart created the biggest surprise of the the competition by winning his first Kite Park League event! Despite the difficult conditions for left foot forward line he managed to get a really high score which gave him a big advance over the other riders. Rami managed to land solid hits both kickers and another good scoring line on the right which made him win this years Kite Mansion Open!

Thanks to his 3rd place here in Icapui, Brazil, Brandon Scheid claimed his first Kite Park League title. Ewan Jaspan has been a fierce competitor throughout the whole season and ended up with a second place in the overall ranking with a consistent 2nd place at every event. Noè Font secured his 3rd place overall, followed by Alex Maes who climbed up 3 spots to 4th place and Christophe Tack moved up to 5th place in the overall ranking.

This year Kite Mansion Open was nothing short of amazing, with some of the most innovative tricks and plenty of NBD’s (never been done’s). Congratulations to this year Kite Park League champions, Karolina Winkowska and Brandon Scheid rode extremely well through the whole season and deserved this year Kite Park League World Title. Congratulations to our new champions and see you all for the 2019 season with already three events confirmed including the 2019 Triple-S invitational, the 2019 Patagonia Hood Jam and the 2019 Kite Mansion Open.

Higlight video of the 2018 Kite Mansion Open finals! Get some more insight in what went down in the finals during the final stop of the Kite Park League here in Icapui, Brazil. The riders were battling for the win of the first KMO as well as for the 2018 Kite Park League world title. Edit by Laci Kobulský & Photography by Andre Magarao