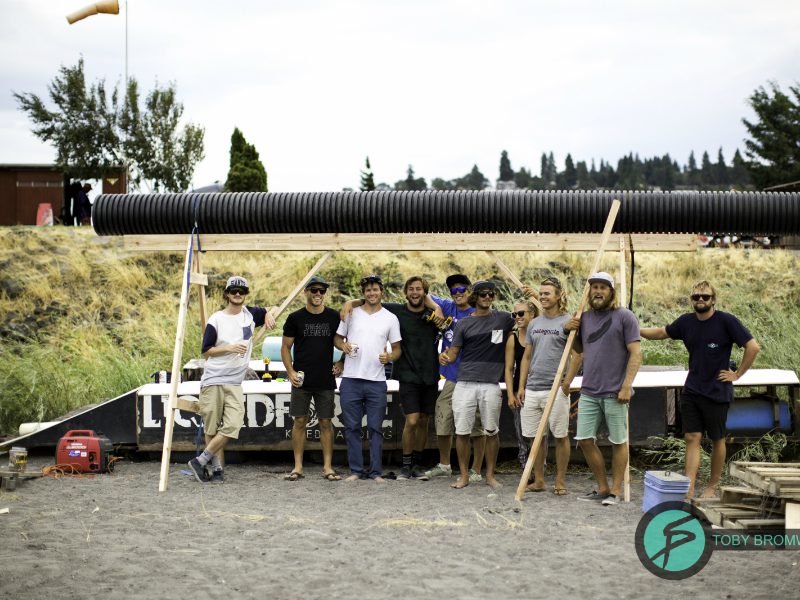 Words by: Dispatch from Colleen Carroll as the lo-fi, no-brand slider jam got underway...

The first annual Hood River Slider Jam has officially commenced. While zero heats have been completed, an essential part of this unique grass roots event has been accomplished… the build day. 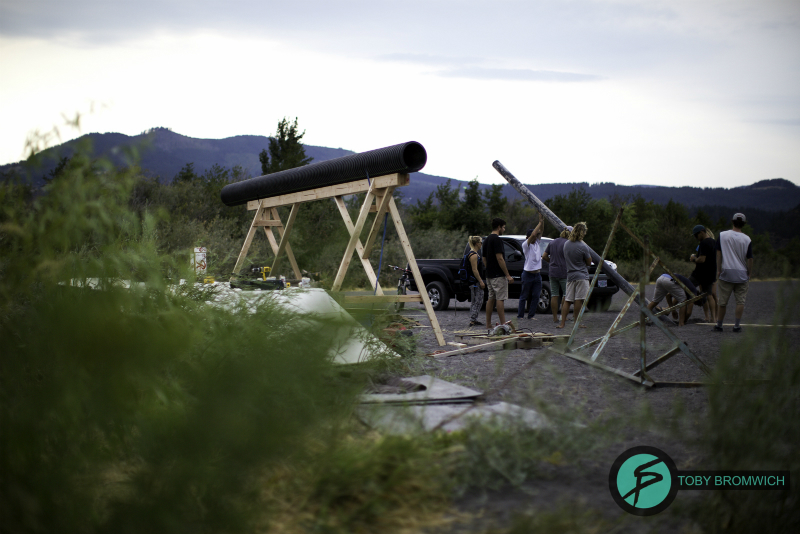 Included in the loosely formatted schedule of events from the beginning. Riders were warned, if you plan to participate, plan to build. So after a couple days of funky Gorge winds keeping the action on hold, organizers opted to call all participants to get to work constructing a few new additions to the park. 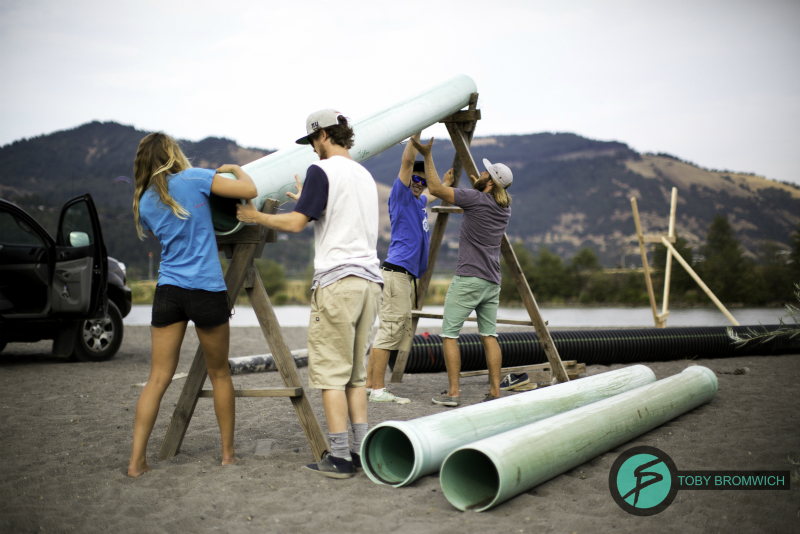 As with most slider projects, they always prove to be somewhat more difficult than originally thought but when we packed up Monday evening, we were leaving “The Spit” with a few empty cases of ‘Reindeer’ beer, half a dozen dead drill batteries, an empty generator and 3 new features ready to be put into place for the coming days. 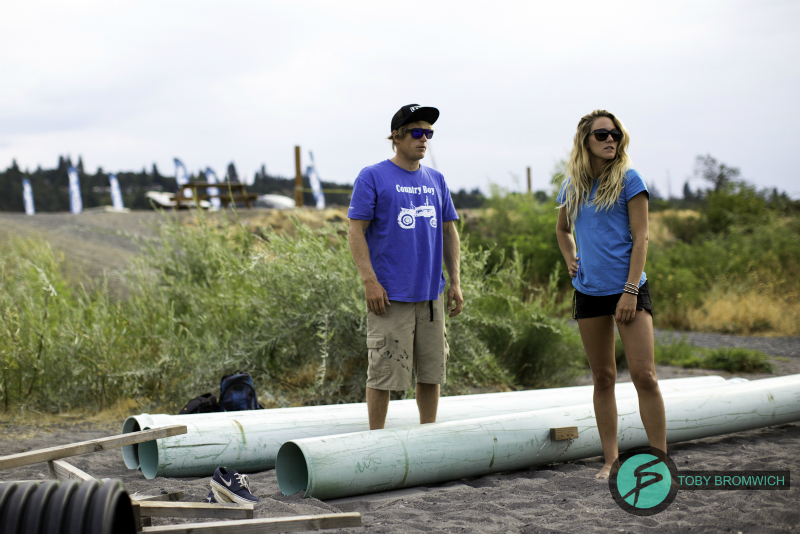 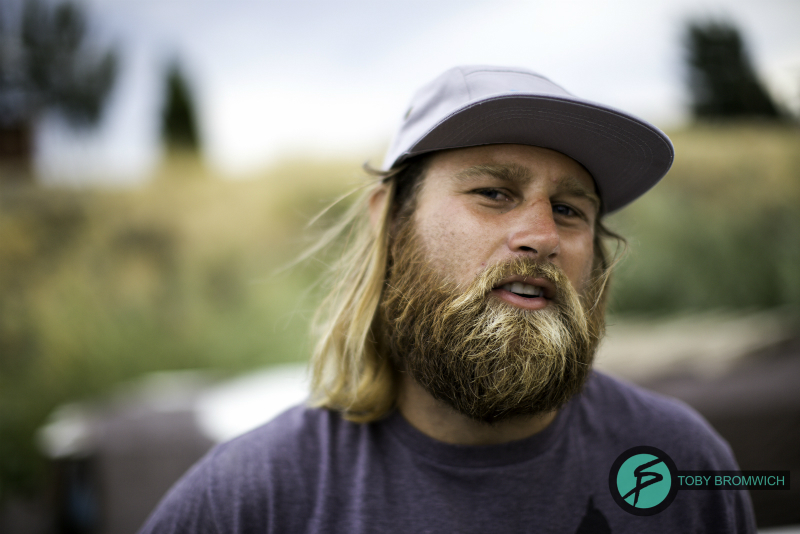 What we created was one large corrugated ‘flat bar’ whose location is yet to be determined. Whether this be stand-alone or paired with an existing feature, everyone is excited to see this bad boy in the water. We also resurrected an existing up tube that has long been known in the park as ‘Joby’s Pole’.

In addition to this up pole styled featured, with a few new screws and replacement pieces, we breathed new life back into a set of monster tubes that could take on many different arrangements when placed in the water. 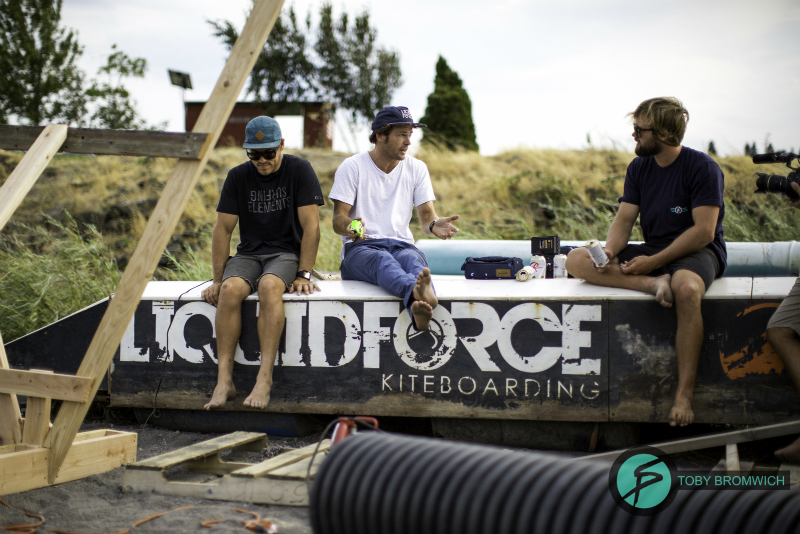 While everyone is keen to get going with the second stage of the event that brings these new additions into play, Tuesday will see park riding using only the existing Slider Project Park. In a true ‘Jam’ styled format, riders will ride together in groups of 4-5 taking 3 hits on each existing feature in the park (Kicker, North Rail, and the Cheese Wedge).

Proceeding from here will be the ‘Line Segment’ of the event, requiring riders to hit multiple features in the park in one uninterrupted ‘line’ to place their best score possible.

Following the completion of this first day of action, the park will be completely made over with each feature taking on a whole new form.

Make sure to check out The Slider Project on Facebook for live updates and announcements. 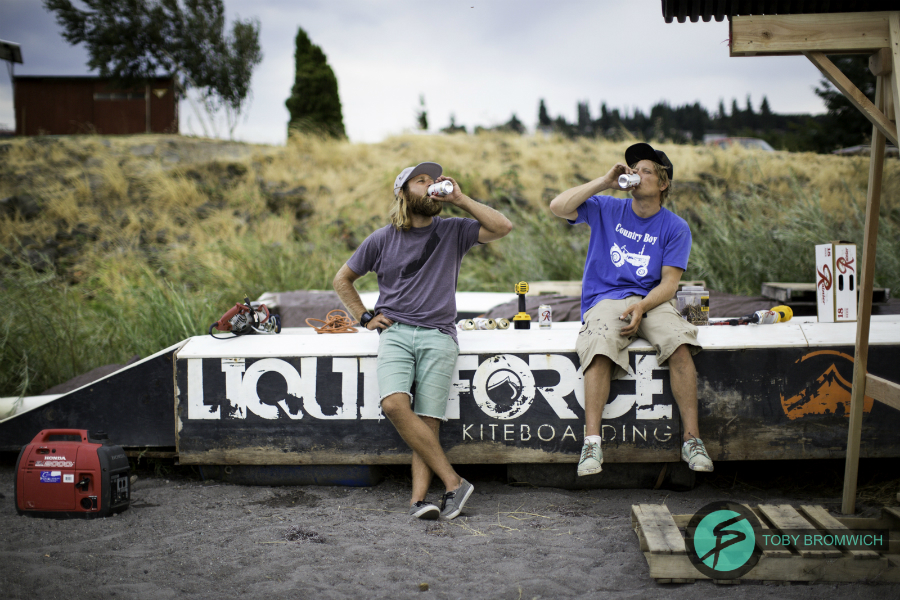