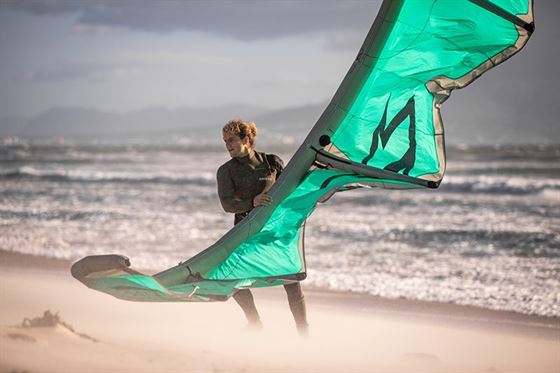 Another big name is added to the new North Kiteboarding roster of high-grade talent, as they welcome in none other than Jesse Richman…

Jesse is one of the best-known and well-rounded figures in kiteboarding. His feats include back to back World Championship wins on the Kiteboard Pro World Tour in 2008 and 2009, winner of King of the Air in 2013 and runner up in 2016, and famously being the first kitesurfer to get barrelled at Jaws.

Mike Raper, Director of Brand at North says ‘it’s truly an honour to have Jesse join North. He’s not only an incredibly talented rider, but also a fantastic individual whose values completely align with the direction we’re heading at North. I’ve personally known Jesse since he was a wee grom at Ka’a Point (aka Kite beach), it’s been great to watch him grow into the inspiration that he now is. We’re very excited to have him on this journey with us.”

Jesse will be joining close friend and North Team Manager, Nick Jacobsen on the international team. This is something the two athletes have been working towards for over twelve years. He is a fantastic edition to the strong and growing team of North riders, each who are committed to making kiteboarding a more visible and accessible sport.

Jesse says, “My wild journey with a kite has led me to this moment; a transformative time in the sport where anything can happen. The industry is filled with amazing riders, great companies and a worldwide community of inspiring kiteboarding enthusiasts. I want to push the limits of the sport and blow through any perceived boundaries that we have. It’s kismet and it’s exhilarating to be a part of a team with which I am so well-aligned on this mission. North is on a trajectory like no other brand has been on before, the team is a star-studded cast; to get in on this action is a dream come true.”

Jesse was born and raised in Maui, where he developed a strong connection to the ocean. He started surfing and windsurfing, then discovered kiteboarding at the age of 9. He has devoted 15 years of his life to the sport and is constantly looking for ways to push both his own limits and that of the sport.

Jesse will be one of the select few athletes in the world to receive a set of North prototype kites ahead of North Kiteboarding’s official launch in August, 2019.