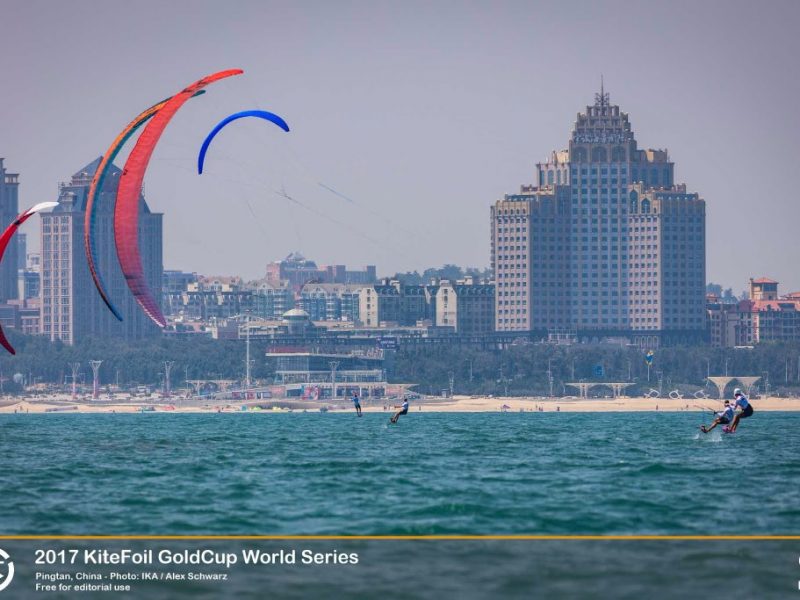 In what turned out to be a long day at the International Kiteboarding Association (IKA) KifeFoil GoldCup in Pingtan, eastern China, France’s Axel Mazella extended his commanding overall lead.

The onshore breeze blowing over the East China Sea’s flat waters unexpectedly built quickly to an adequate 7kts to 9kts, leaving some riders scrambling to get off the beach and upwind to the course area.

But in the day’s first race—ultimately the day’s only race after the breeze faded, not to return—Mazella was only one of five of the 21 riders on the start line in time when the horn sounded and the flag dropped. 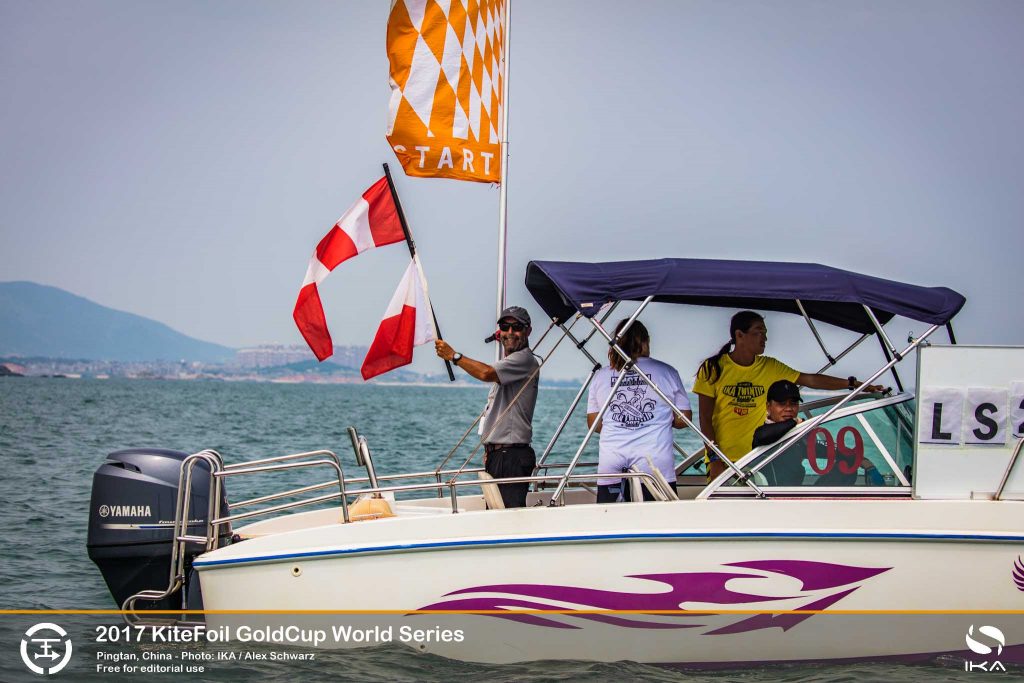 For the Frenchman, on his distinctive red 21m Enata kite and foil, it appears to matter little whether he is pursued by just four rivals or the entire fleet. He led round the first top mark and never looked back, stretching his advantage to a comfortable lead by the reaching finish after two searingly-fast laps of the windward-leeward track.

Now the peerless Mazella has bagged nine bullets from 10 races over the first three days of five at the Pingtan stop of the IKA KiteFoil GoldCup, the penultimate leg of the series that wraps up in two weeks, when the IKA KiteFoil world champion will be crowned in Sardinia, Italy. 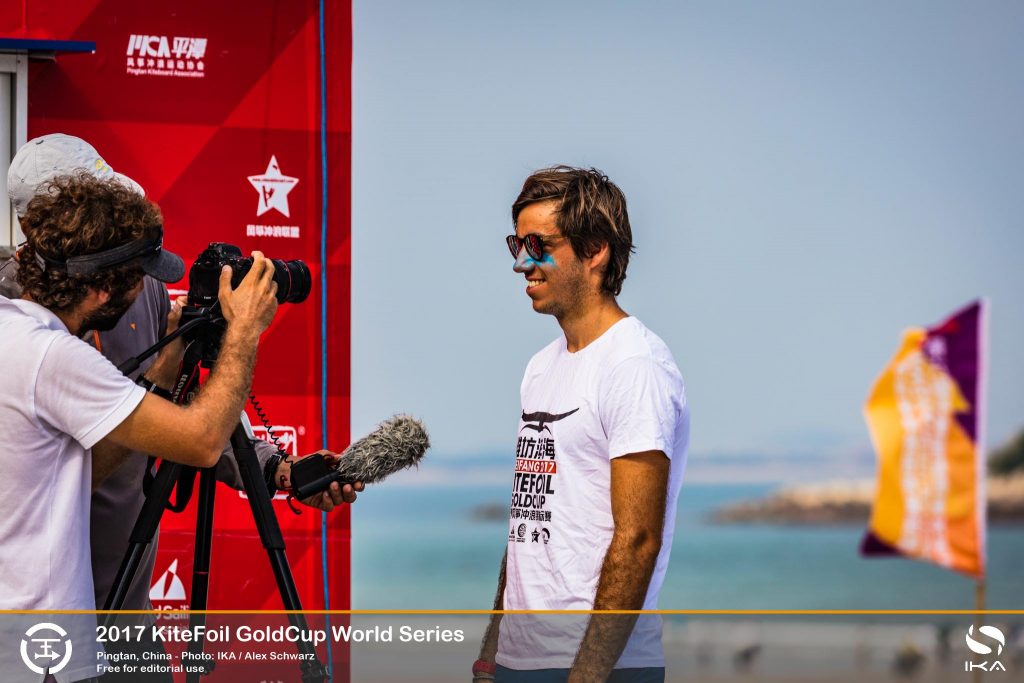 The tour’s Pingtan stop is being staged as part of the China International Kiteboarding Festival, which is also hosting the inaugural IKA TT:R World Championships being run in tandem.

But with the breezes again too light for the twin-tip competitors, it was down to the foil racers to take to the course at what is ordinarily a notoriously windy venue, though the weather patterns have been disrupted by a typhoon that passed nearby recently. 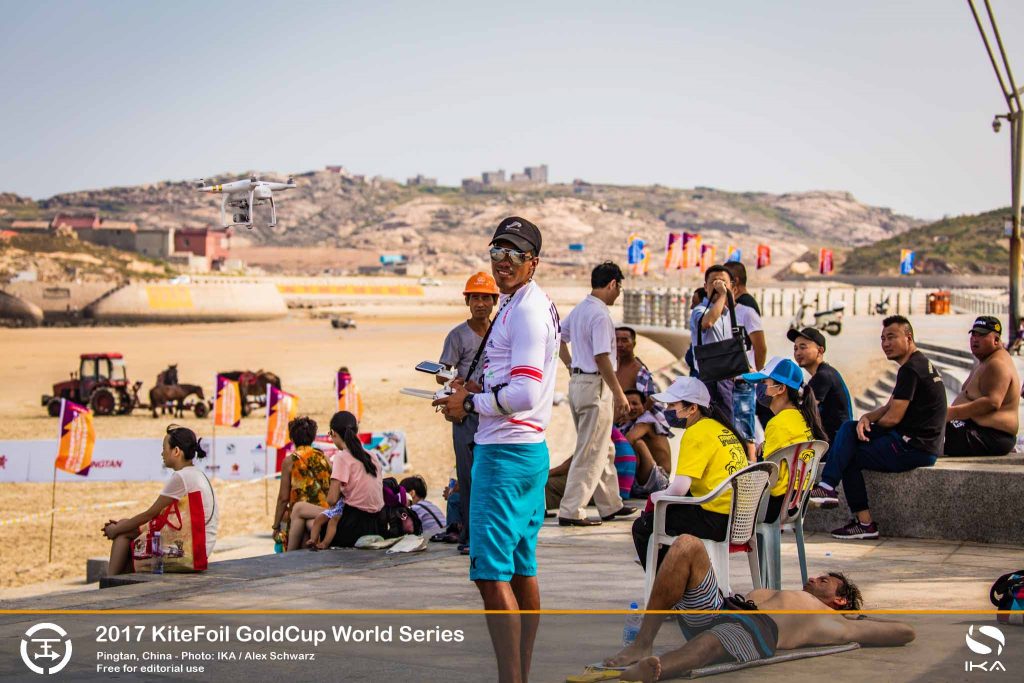 In a rare mistake the Frenchwoman, who was late leaving the beach, missed a tack in her efforts to get upwind to the start line and put her 19m kite in the water, struggling to relaunch in the light breeze. Luckily for her the day’s second back-to-back race was postponed minutes before the start when the wind fell below the required 6kts. 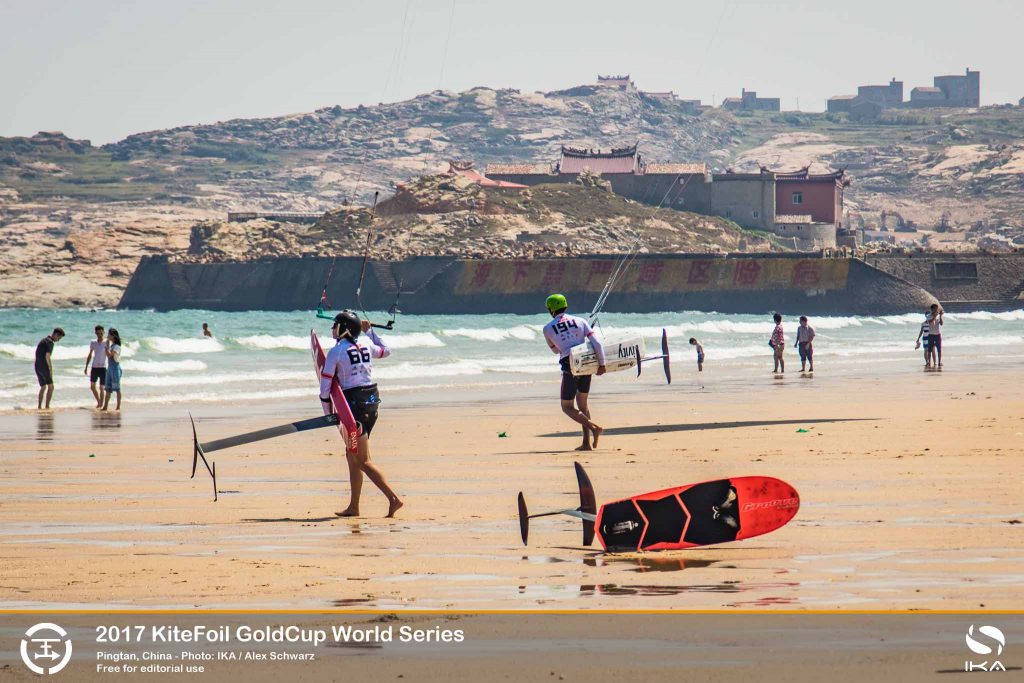 Another rider who paid the price for the error of not getting out early enough was Alejandro Climent Hernandez (ESP). On his 20m F-one Diablo3 kite and Mike’s Lab foil he has been quick and posted good results in the opening days.

But he could only finish tenth which, even though he was able to discard the result, pushed him two places down the order to seventh overall. He believes that with more races he will be able to claw his way back up the rankings.

“I hope we get more races so that I can improve my position,” said Climent Hernandez. “I feel I’m doing well and I’ve improved my skills a lot. My speed is good and my gear is well tuned. These conditions are nice, too.”

Croatia’s Martin Dolenc, 17, lies just behind the Spaniard on the leaderboard, but has been getting quicker as the regatta progresses, taking second on the day to Mazella and building on a run of consistently high-placed finishes. 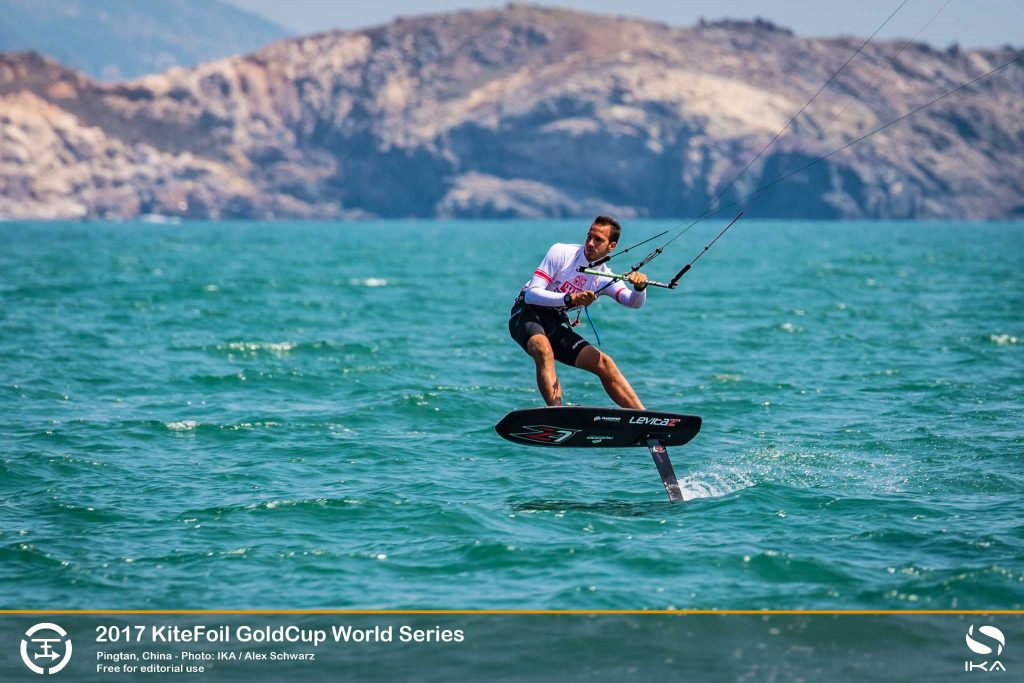 “In light wind like today I’m going really good,” he said, explaining his improving performances. “Either that, or strong wind and big waves. That’s when I go best, when it’s a bit technical.”

The IKA TT:R European champion, who is also looking to add the TT:R World title to his haul, may get his wish if the predicted freshening winds of the competition’s closing days show up.

Racing continues through to 23 September in tandem with the TT:R Open World Championships.