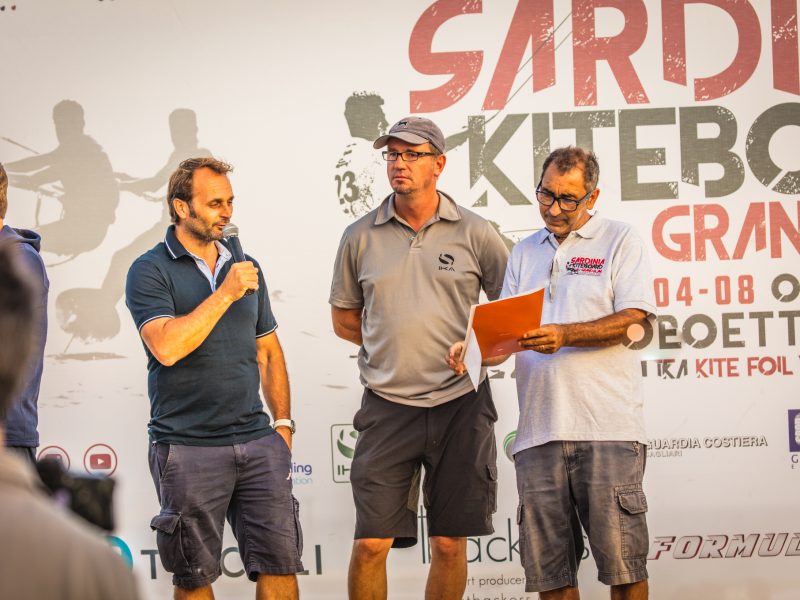 The stage is set for a thrilling finale of the globe-trotting International Kiteboarding Association (IKA) KiteFoil GoldCup series with the world’s fastest riders lining up for a showdown on the leading Italian resort island of Sardinia.

The fourth stop of the KiteFoil GoldCup tour will be hosted off Cagliari’s Poetto Beach at the Sardinia Kiteboarding Grand Slam, with a trophy going to the best rider over the entire series which opened in Korea in May, followed by back-to-back regattas in China last month.

But the winner at the Sardinia Kiteboarding Grand Slam event will also claim the coveted world champion’s crown in the “open” IKA KiteFoil class, a prize that has drawn a fleet packed with the globe’s fastest kitefoil racers. 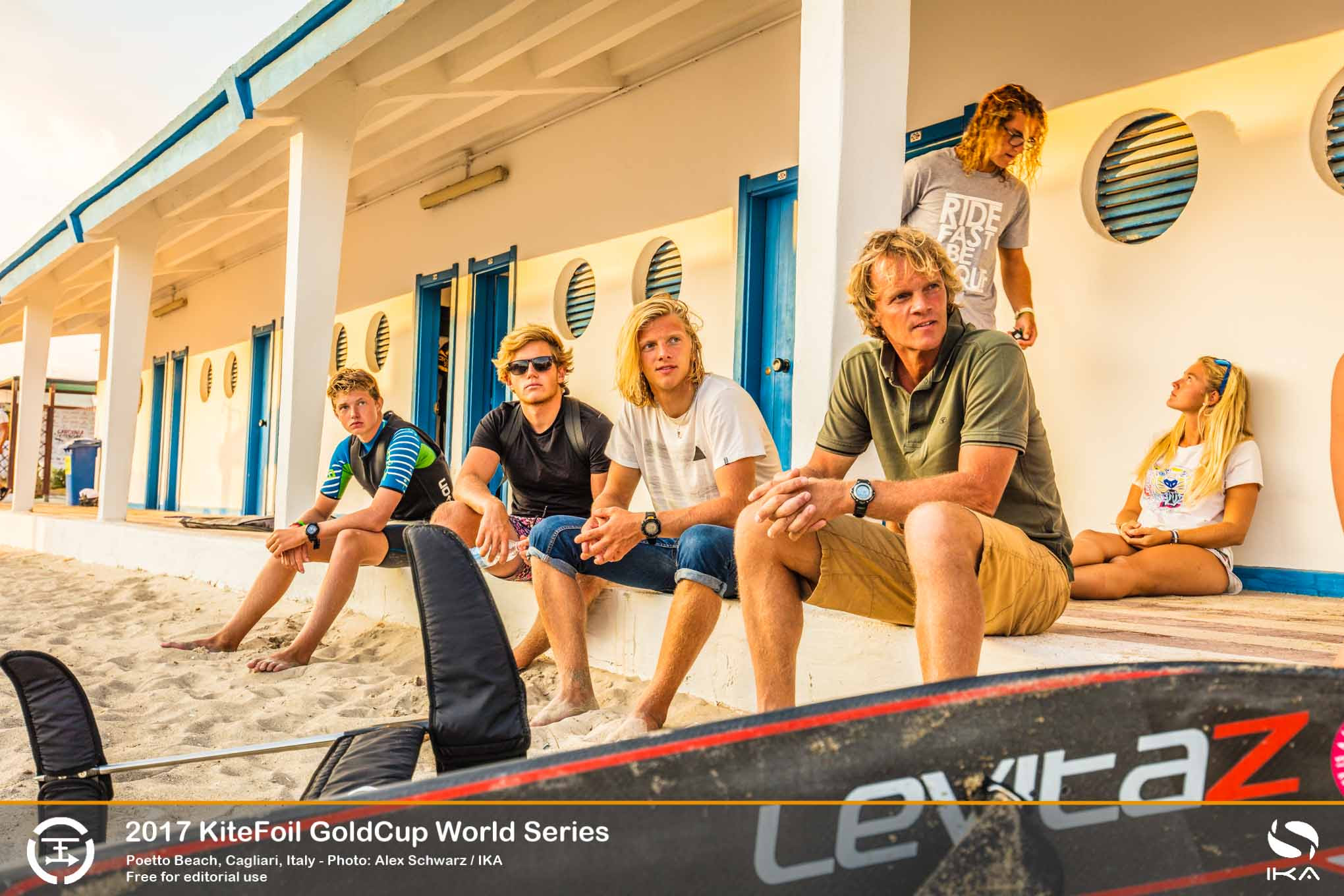 Sardinia is no stranger to top level kiteboarding events. Last year it played host to the kite freestylers battling for world titles in the IKA World Kite League at Porto Pollo, and in 2012 staged the Formula Kite World Championships off the sumptuous Poetto Beach.

With €20,000 in prize money up for grabs, Sardinia’s commitment to burnishing its reputation as a perfect kiting destination off fabled beaches on breezy blue Mediterranean waters is self-evident.  Cagliari city and the Sardinia region are key sponsors of the event through the island’s tourism department, with the support of the Yacht Club of Cagliari.

The spectacularly quick and still fast-evolving kitefoil racing discipline, with the athletes’ raw power fused with a balletic precision, is a more than fitting way to see the region’s ambitions realised. 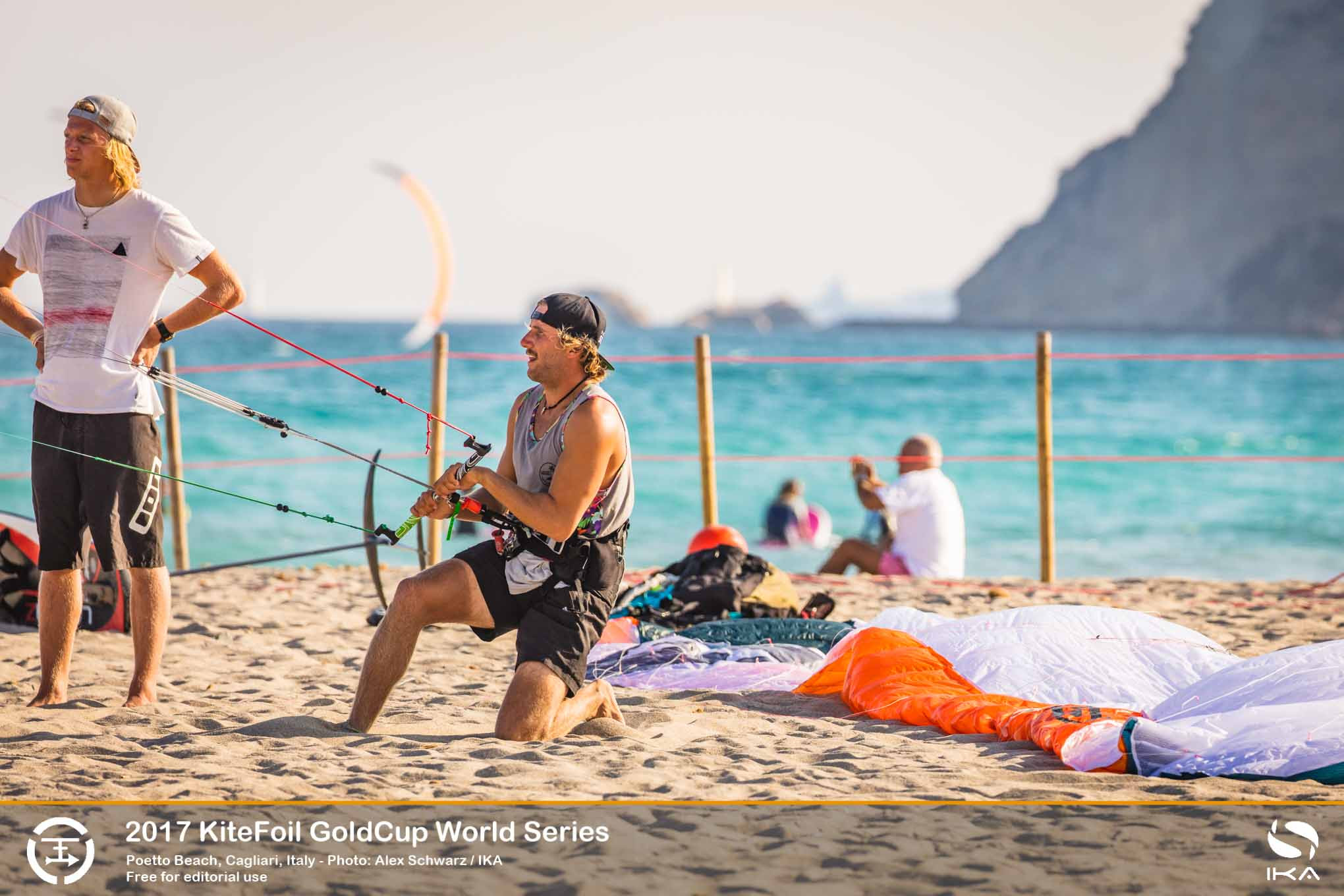 When the starting flag drops, Cagliari’s spectacular bay framed by hills will serve as the backdrop for one of the few events so far this year where virtually all the leading men will do battle, vying for the world title.

France’s Nico Parlier will undoubtedly be the one to beat, having barely lost a race all year. But his countryman Axel Mazella, so dominant in the Chinese GoldCup events where some of the top riders were missing, has shown he can give Parlier a run for his money. 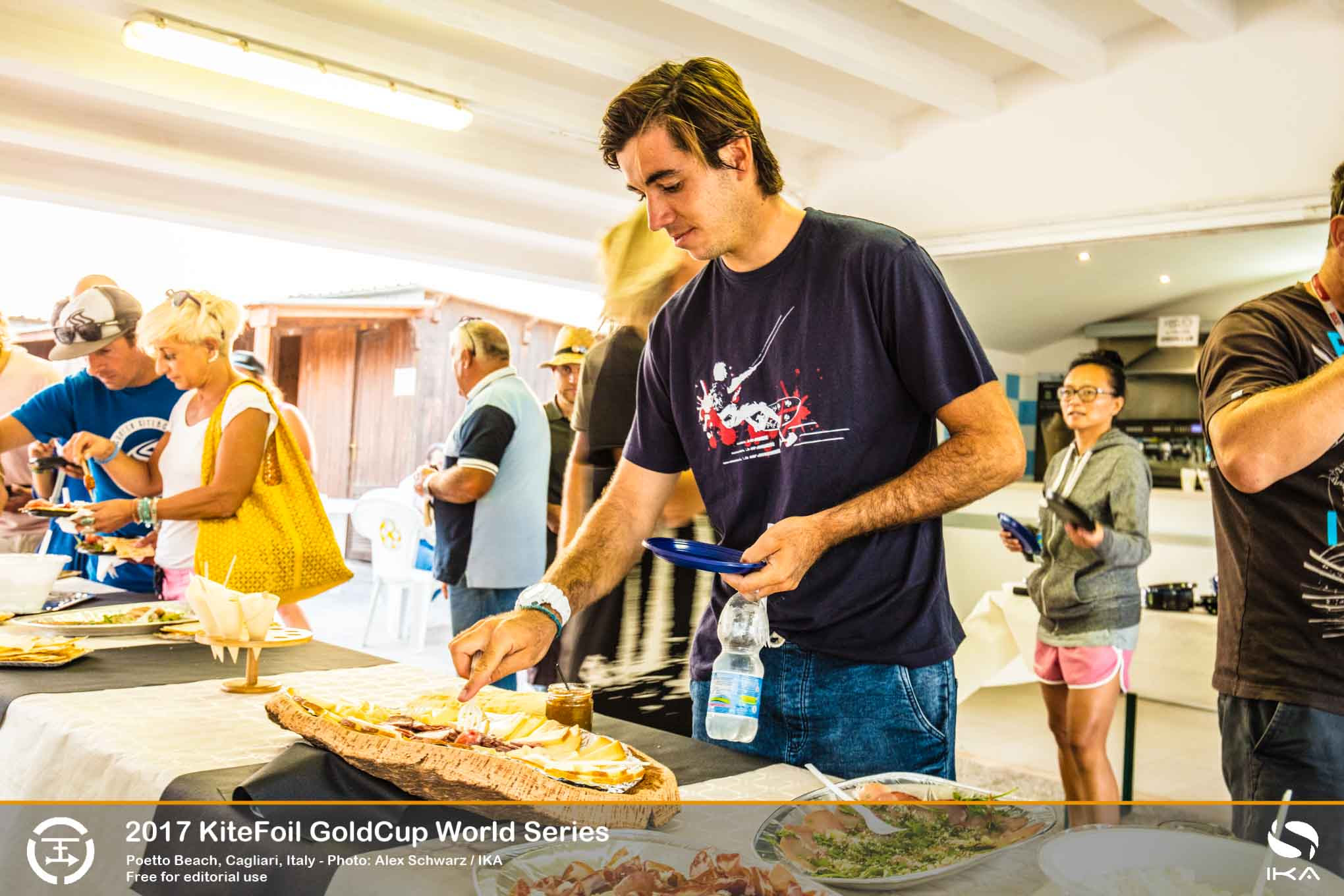 Britain’s Guy Bridge will surely be pulling out all the stops to break the French stranglehold on the top of the podium. Bridge, 18, clearly demonstrated in China he has what it takes. Maxime Nocher (MON), the reigning KiteFoil GoldCup title holder and Formula Kite World Champion, is also a force to be reckoned with even though he has been out for much of the year. 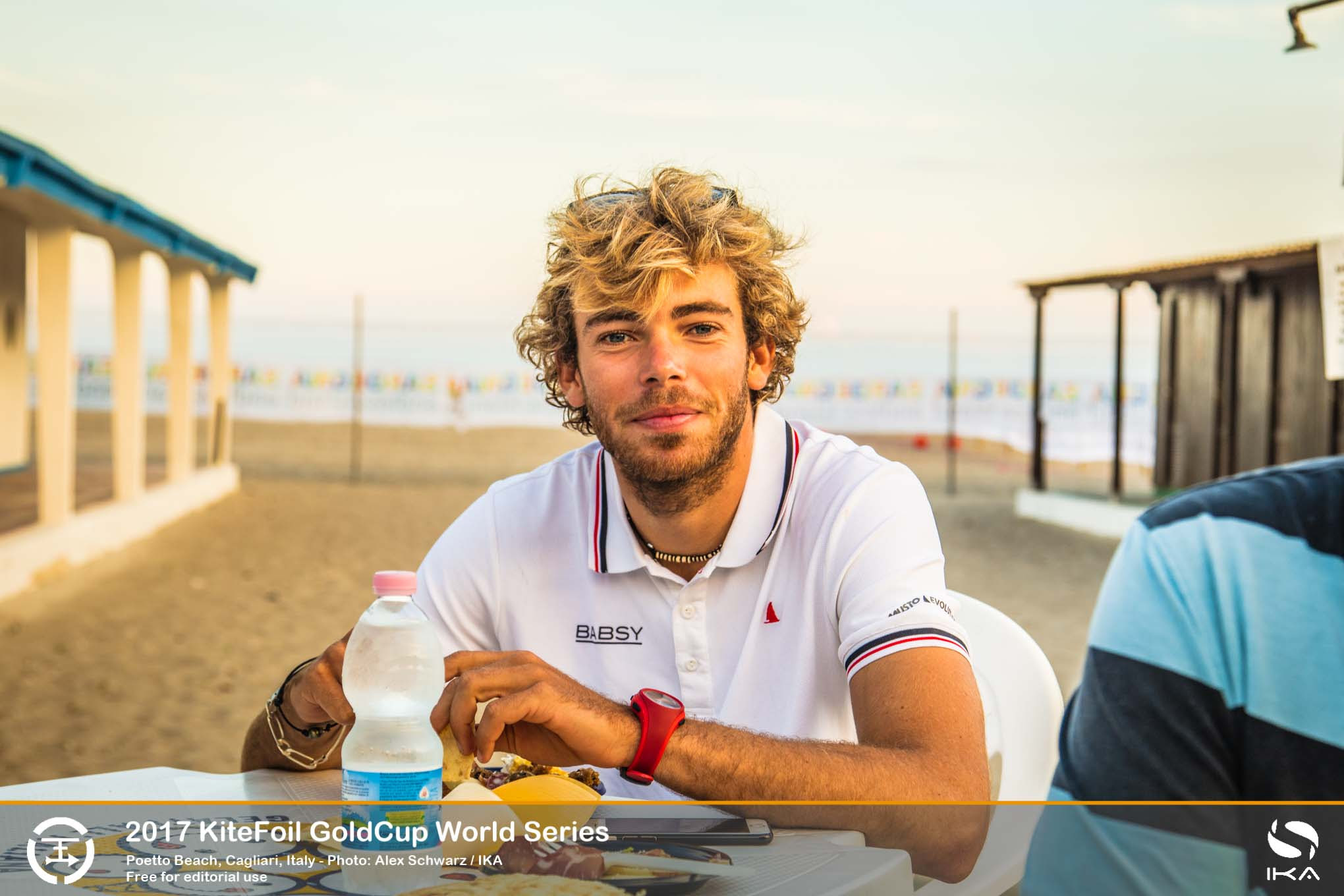 But the depth of French talent runs deep. Théo Lhostis, also 18, and countryman Theo de Ramecourt, are each capable of mounting concerted challenges.

Nonetheless, Italy will be pinning it hopes on local favourites like the larger-than-life Rikki Leccese, with Mario Calbucci and Andrea Beverino equally capable of upsetting the order.

With winds forecast to be anywhere between light and stormy over the four upcoming days of competition, the conditions could well be one of the defining factors in the race for the title.

Up-to-date results and minute by minute updates will be available at www.kitefoilgoldcup.com