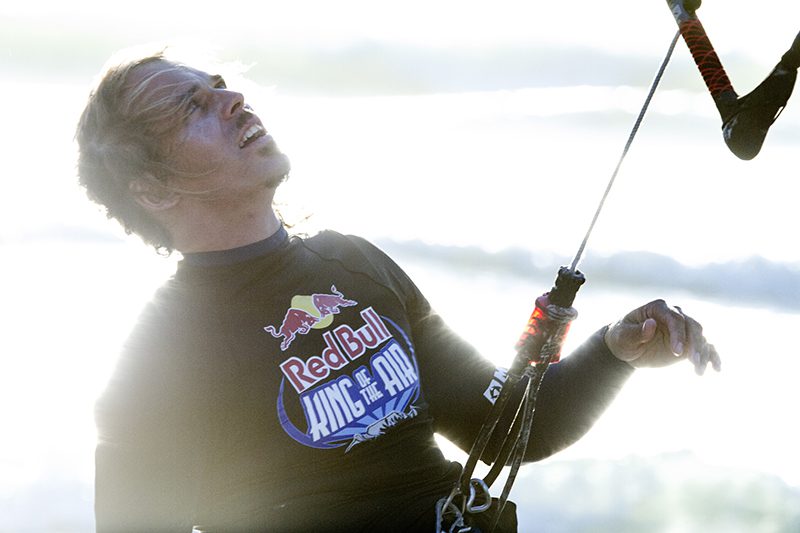 KotA: Down to the Wire

The 2015 Red Bull ‘King of the Air’ came down to the wire, with the organisers making the decision to conclude the event a day after the official waiting period ended, after running out of light and wind on the final day. The final day brought with it the best conditions seen throughout the event with the wind hitting 30 knots. 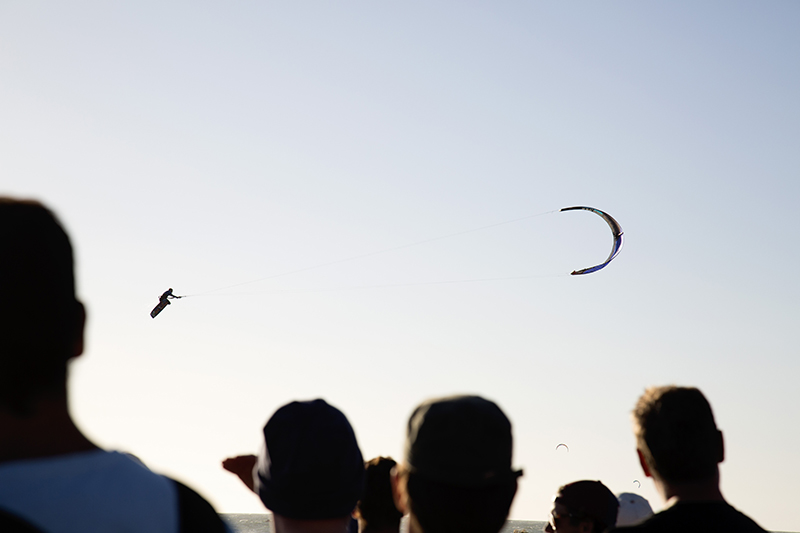 After making into the semi-final the previous day, Jesse Richman and Ruben Lenten had to battle it out again with Nick Jacobsen and Kevin Langeree when the semi finals were rerun. All the riders pulled out some massive jumps straight into the heat. Ruben Lenten was throwing down some huge loops when he went down hard and crashed straight out of his bindings. He broke his hand and had to exit the competition. Ultimately Jesse Richman and Kevin Langeree (with 8 stitches in his hand) were put through to the final. 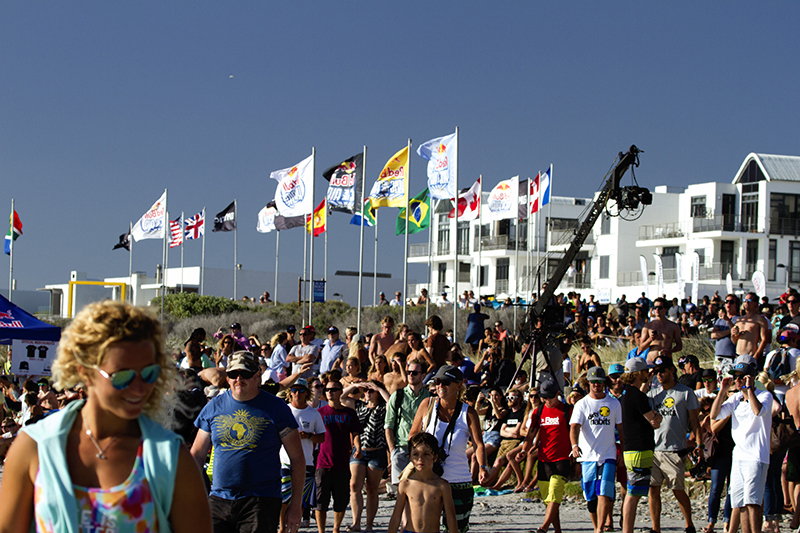 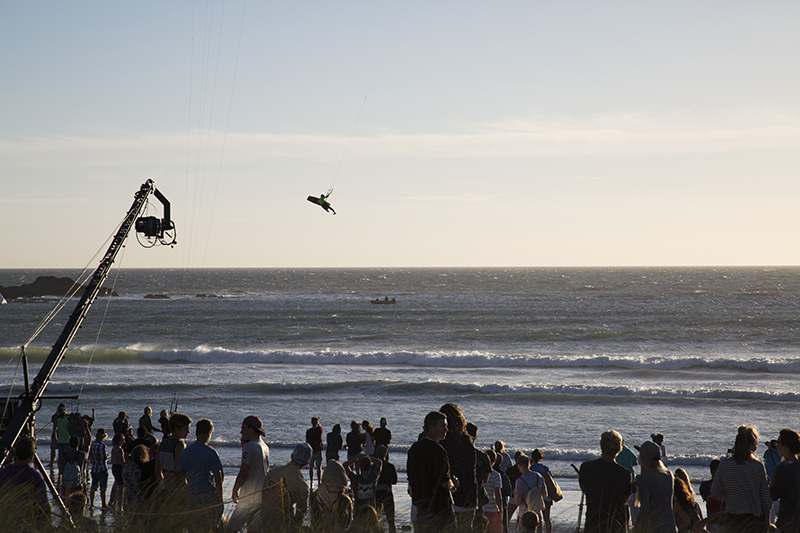 The final had the crowd going wild as Aaron Hadlow, Kevin Langeree, Jesse Richman and Jerrie Van De Kop hit the water with some huge moves straight out of the gate. Jesse Richman seemed to struggle in this heat, having a few crashes and not quite finding his footing. His flag was soon drawn down, taking him out of the final. Jerrie Van De Kop secured the highest jump in the final 13.3m and looked to be a strong contender in the final. Aaron Hadlow once again threw down the KGB mega loop which sent the crowd wild. Kevin Langeree, not to be outdone blasted through the final with massive loops and board offs. A tough decision for the judges, with each of the riders throwing in huge mega loops, technical tricks and big airs. 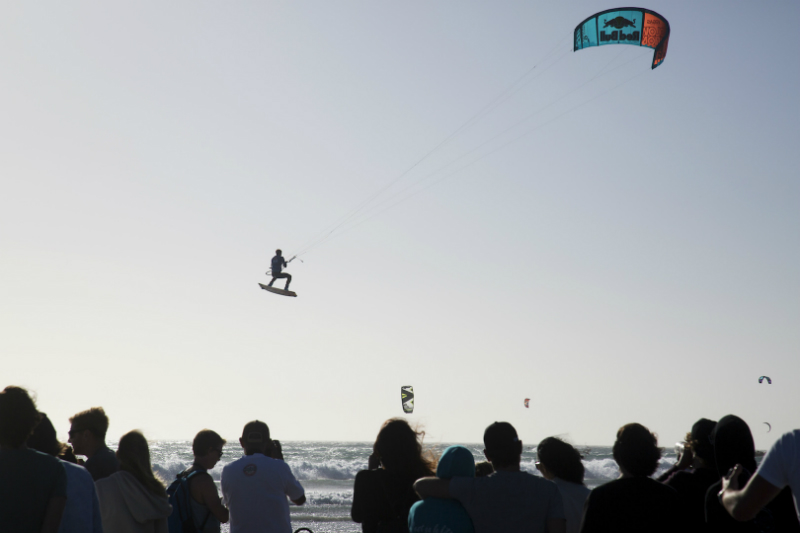 With the explosive final drawing to an end, the crowd made their way to the podium to await who would be crowned King of the Air. Jerrie Van Der Kop was awarded third place. Aaron Hadlow was crowned as this years King of the Air with Kevin Langeree coming in second. Aaron also managed to take the Mystic Move of the Day with his KGB move. Kevin snagged the highest jump of the day measured by the WOO sports device 13.5m. 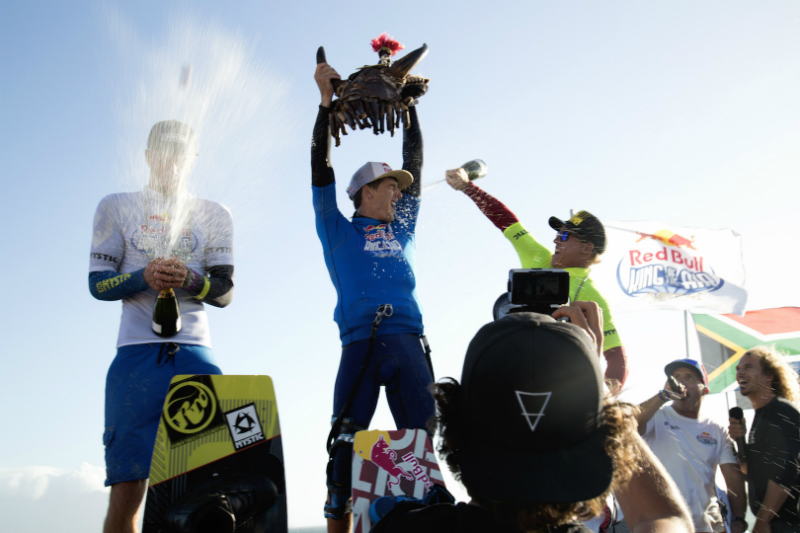 Hopefully next year will bring more favourable conditions to what has become a huge event on the Summer Cape Town calendar.
Bianca Asher