Master of the Ocean crowned! 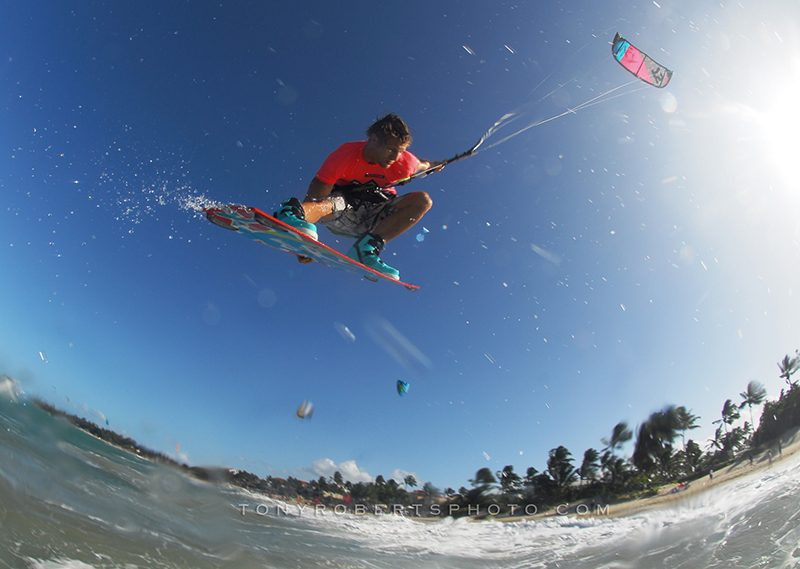 The final day of the Master of the Ocean event began with some breezy chop for the Team Surf Finals and the Surf and SUP Expression Sessions in the morning, but turned absolutely beautiful in the afternoon with a lot of sun and a stiff breeze, ideal for the Kite and Windsurf Expression Sessions. 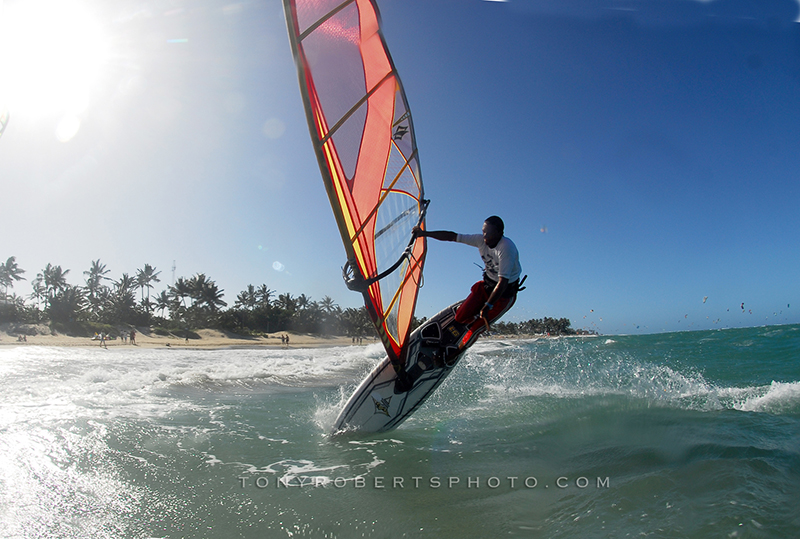 As in previous days, music ranging from bachata and reggaeton in the morning to chill-out lounge beats in the afternoon supported fans on this last day of competitions, which also happened to be Dominican Independence Day!

The Team Surf Finals saw Edual “Papito” Santana turn it on in the water, coming first for Team Christo Salva. Cabarete surfer Pedro Fernandez for Team LG, who also participated in the Surf Expression Session, came second with a front side air and highlighted the high level amongst riders this year, with everyone finishing just a few points apart. 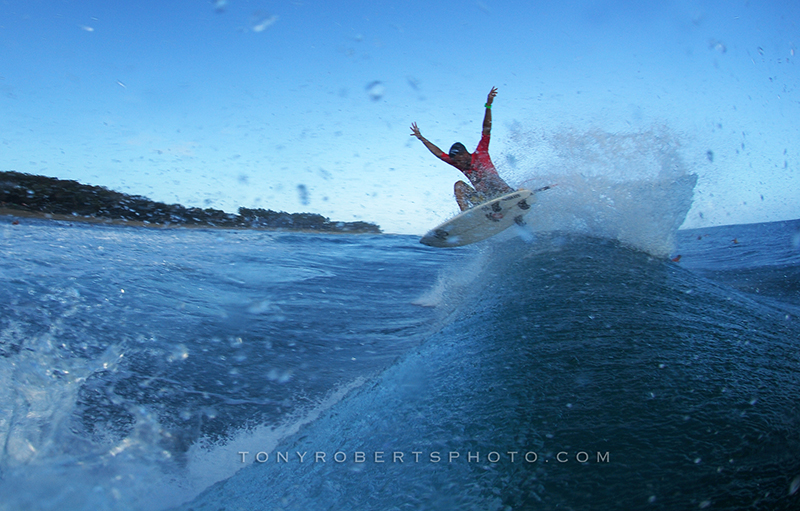 Normally, groups of eight riders make up the all popular Expression Sessions, where riders compete against each other in just one category. More competitors showed up in the morning than had been subscribed, so the event organized two heats for each category, where the best trick from both heats wins the session.

A group of eleven surfers, spread over two heats, showed a lot of skill and perseverance in the small but powerful waves. A third surf heat was organized for kids, with the youngest participating being only five years old. The SUP expression sessions saw a lot of overall competitors in the line-up, including Bahamas windsurf legend Brian Talma, team SUP second runner-up Dauri Reinoso and 2014 female Master of the Ocean title holder Fiona Wylde. 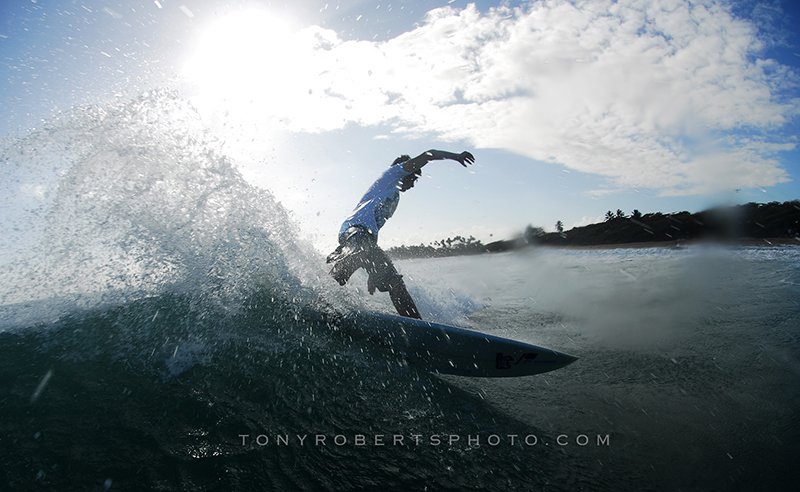 The breeze that created less than ideal conditions in the morning picked up beautifully in the afternoon. An enthusiastic crowd at the competition area, which had moved from Encuentro to Cabarete Bay for the freestyle kite and windsurf sessions, grooved to some chilled beats, surrounded by kites and windsurf equipment, scattered across the beach. A crazy amount of cameras, ranging from phone cameras to GoPros to super professional SLRs all tried to get the best shots! 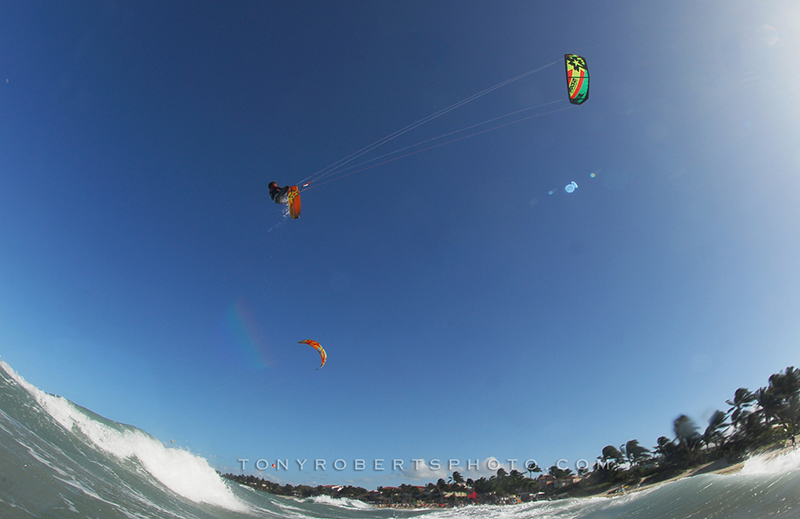 At the end of the day, the moment everyone had been waiting for throughout the event had finally come: the award ceremony where fans would find out who had won the different Expression Sessions, which team came first in the team Master of the Ocean effort and which world class water athlete would be crowned the true Master of the Ocean.

Before the awards were given out, however, two important messages were communicated. Firstly Israeli contestant Omri Hazor came forward with a message of peace and hope saying that he really enjoyed his first participation at the Master of the Ocean event and that next year he hoped to come back with a team of Israeli and Palestinian surfers to promote peace and hopefully help with the peace process there. 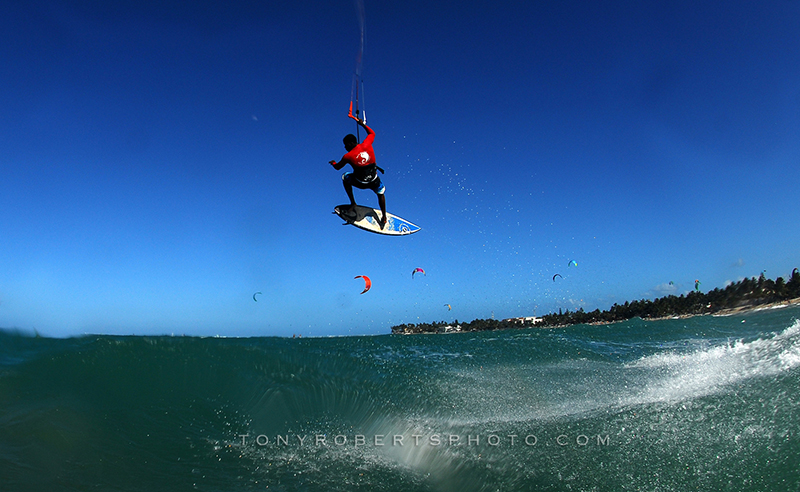 The second message was one of humanity and fairness. Windsurfing legend Brian Talma, who has been on a mission for the past year with his Beach Culture World Tour to promote fair play, respect and positive interaction among and by riders, had asked all Master of the Ocean riders to nominate four athletes who had distinguished themselves in this event by being outgoing, respectful and helpful to other riders. Brian was proud to award Zane Schweitzer, who was voted among his peers as being the most fair-play guy, with the fairness award in the form of a coconut plant and 500USD. “This is a great honor”, said a very stoked Zane. “This is what it’s all about: being passionate about what you do and enjoying it with everyone.” 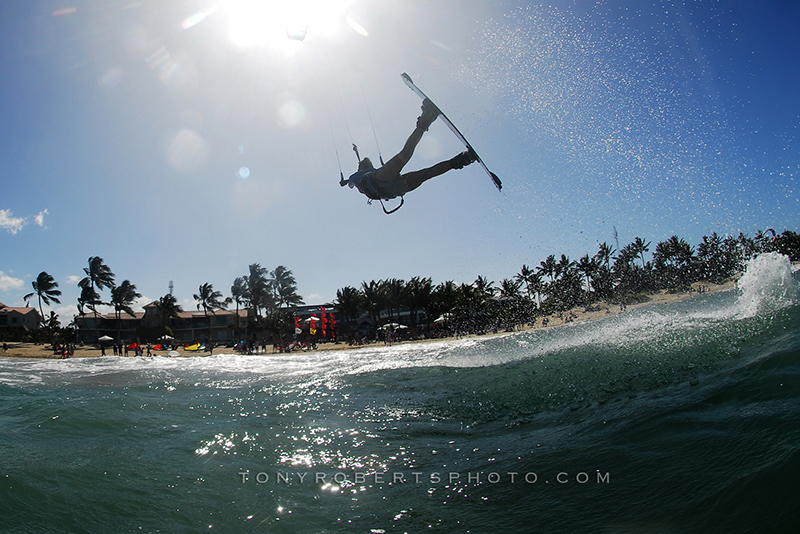 Race Director JJ Walsh kicked off the actual award ceremony by first thanking the locals for letting them invade their beach for the last few days and embracing all the participants with so much love and respect. “A place is only special because of its people, and Cabarete is one of those special places.”

The Future Master of the Ocean Award was given to Max Self, who along with six others kids showed some great skills in the Kids Surf Expression Session in the morning. Local kiters Georgina and Chase won the female and male Kite Expression Sessions. 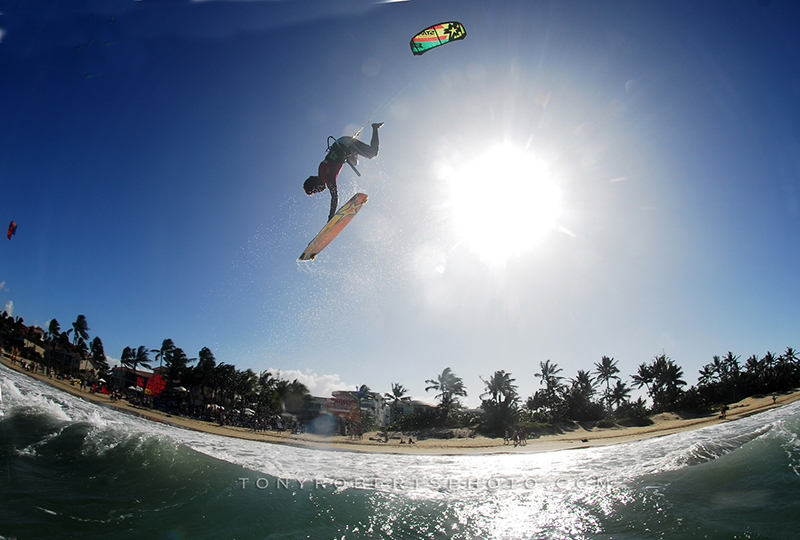 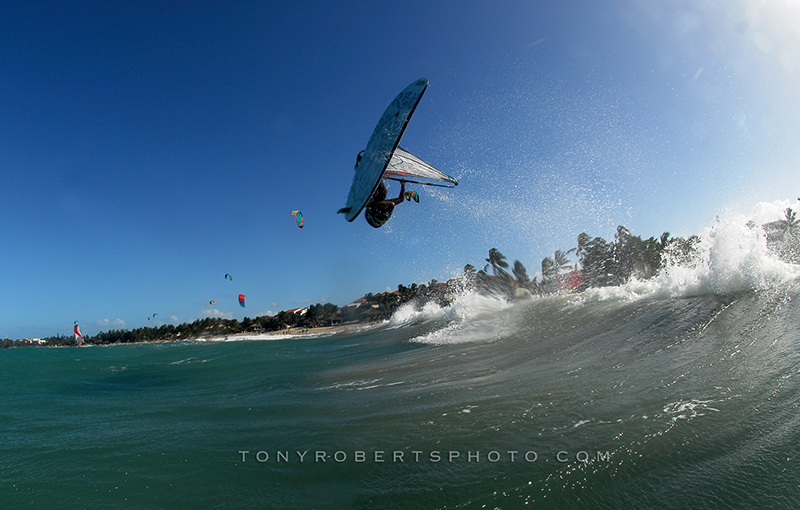 2015 is also the first year when teams could compete for the Master of the Ocean title, with each of the four team members contending in one category. In total six teams competed with team members giving their all to win in their particular category. The best team in 2015 was Team Terminator which was made up of Omri Hazor for SUP, Brandon Sanford for surf, Emmanuel Rondon for kite and Franzi Fix for windsurfing. Team mates heartily congratulated Franzi for “killing it in windsurfing with his amazing jumps”. 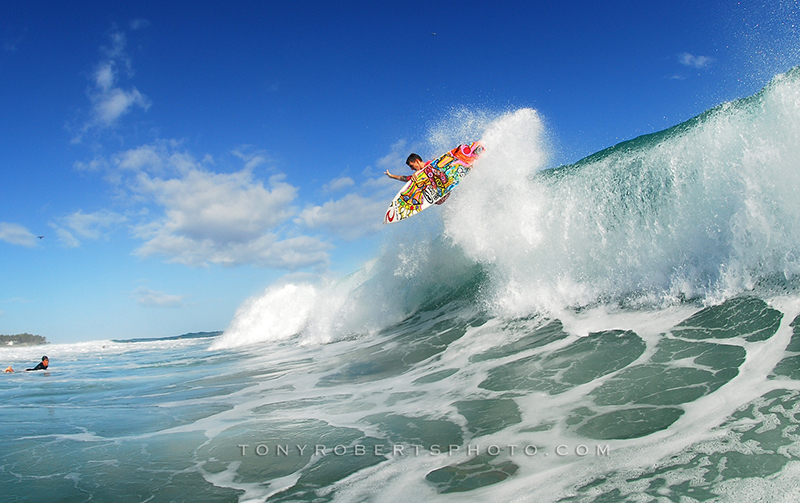 All overall competitors at the 2015 Master of the Ocean were congratulated for their stamina and strength as “it’s everything but easy to battle wind, water and sun twelve hours a day for four consecutive days and still be smiling and supportive of one another”.

Among loud applause and whoops, the 2014 female Master of the Ocean title holder was awarded third place in the winner line-up. “It’s been great to compete with the guys, which is something that doesn’t happen every day”, said Fiona. “It feels really good and it shows that girls can rip it too, although the most important part is to all have fun and we definitely had that these last few days.” 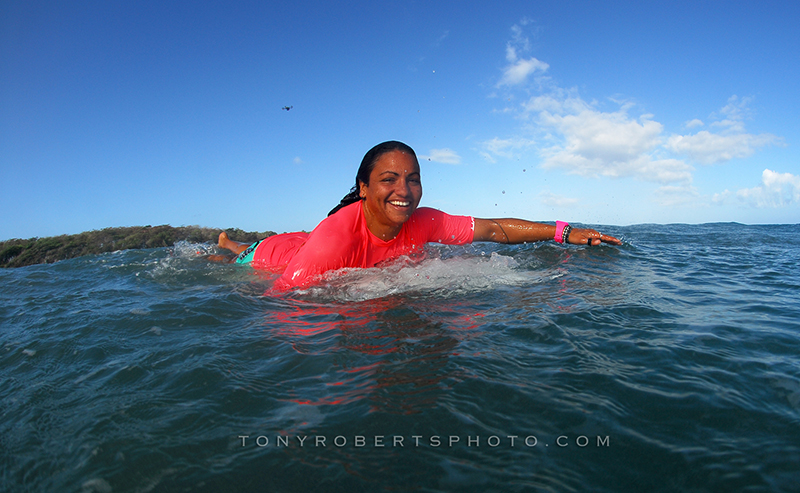 The local crowd went crazy when local boy Samuel “Sammy” Perez Hults was announced to be second in the winner runner-up. “It wasn’t easy getting into the finals, so I’m really proud to be second”, Sammy highlighted. “Next year I’ll come again, and the next and the one after that, for as long as I can.”

More applause and solid vibes surrounded the final announcement of the 2015 Master of the Ocean. Amazing stand-up paddleboarder, surfer and windsurfer Zane Schweitzer hauled in the title for the second consecutive year, highlighting the extremely high level of this water athlete. Zane congratulated both Sammy and Fiona on their achievements and emphasized how “the ocean is life bringing together all of us fantastic people”. 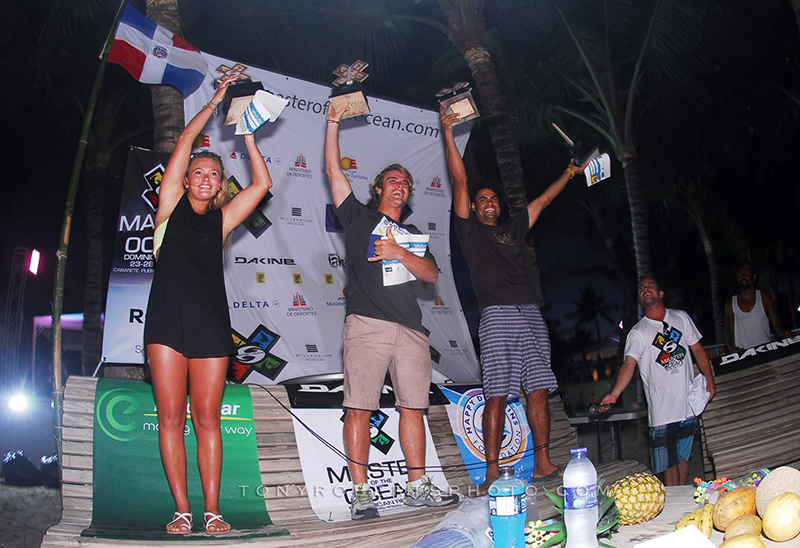 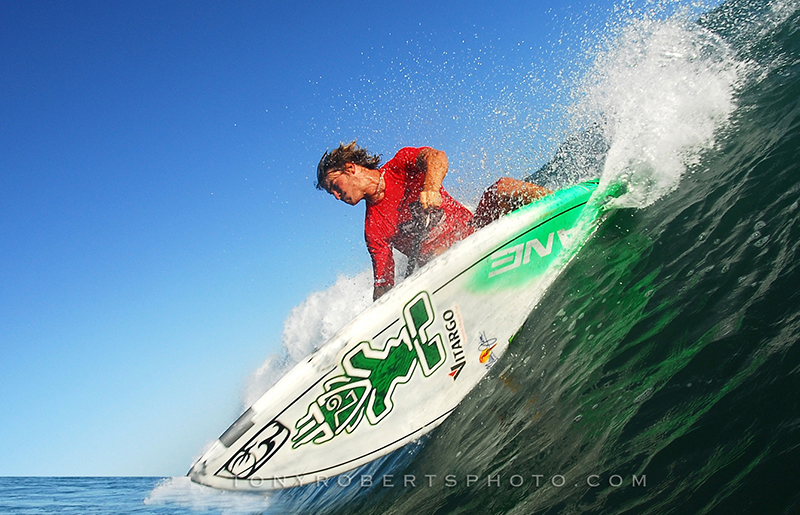