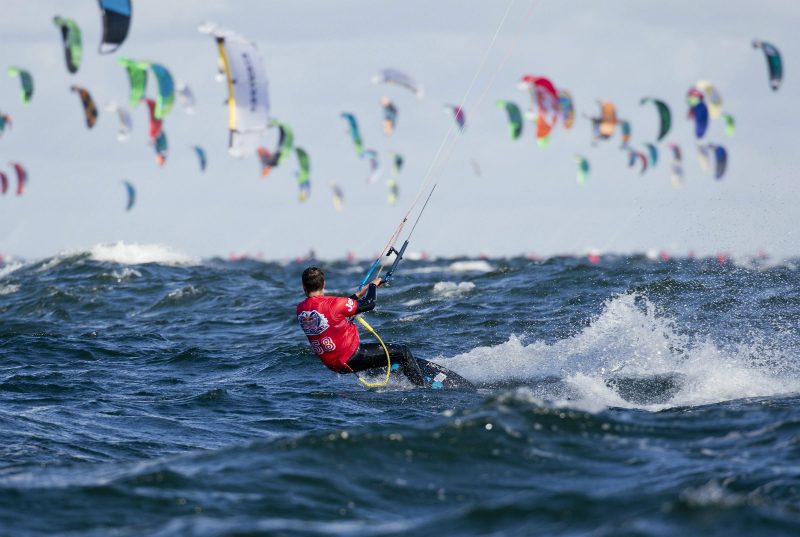 The international kitesurfing scene had never seen anything like this: Nearly 500 racers from 19 countries took over Niobe beach of Fehmarn this Sunday to take on the challenge of surfing the toughest kitesurfing marathon in the world.

Never before more kiters competed in one race. There have even been more starters than in the current Guinness World record with 352 participants on Hayling Island (UK). The participants of Red Bull Coast 2 Coast crossed the canal of Fehmarn over to the Danish coast and back. 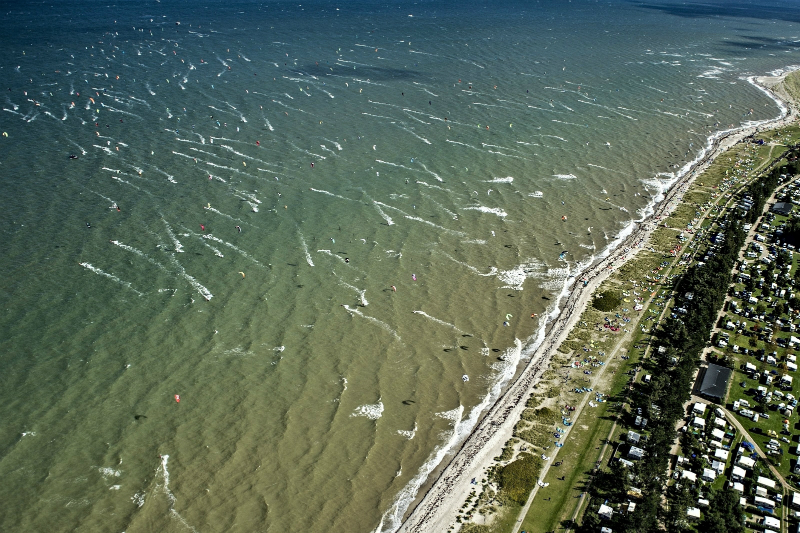 Florian Gruber from Germany was the fastest kitesurfer to overcome the 40 kilometers on open waters. Strong waves and swells could not stop the 21-year-old kiter from taking the win after 01:06:20 hours. Katja Roose from the Netherlands won the women’s race.

485 kites covered the skies over Fehmarn once the starting signal for Red Bull Coast 2 Coast had been given at 12.45am. After the biggest mass start a kitesurfing marathon has ever seen, amateurs and pros, racers and freestylers made their way from Niobe beach to Rødbyhavn/Denmark on their Twintip or Directonal boards. The strategy from here on out was to sight the buoy, surf around it and head back to the German coast as fast as possible. 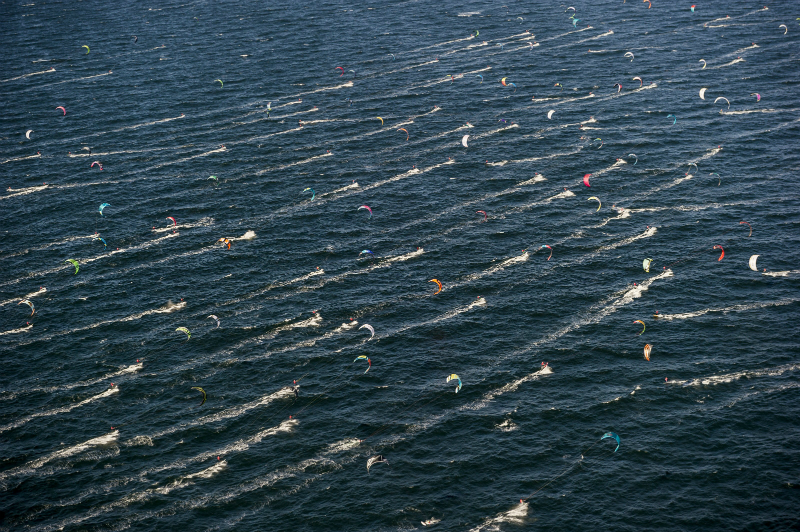 Early on, the top kiters managed to separate from the bunch and crossed the 500-meter wide canal before the rest of the field did so. After only 01:06:20 hours Florian Gruber hit German ground first, visibly happy and cheered on by lots of spectators. Jannis Maus from Germany came in second after 01:06:59 hours, Rolf van der Vlugt from the Netherlands took third place (01:11:24 hours).

Katja Roose from the Netherlands was the first women and came back to the German coast after 1:23:17. 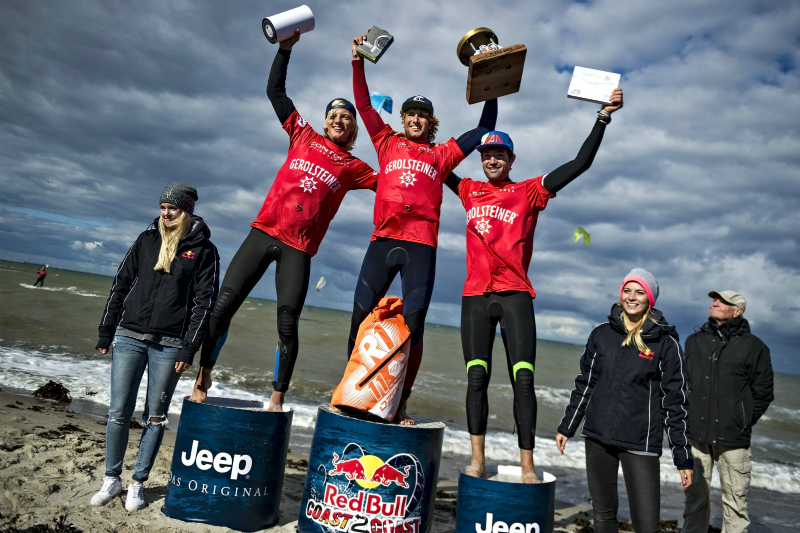