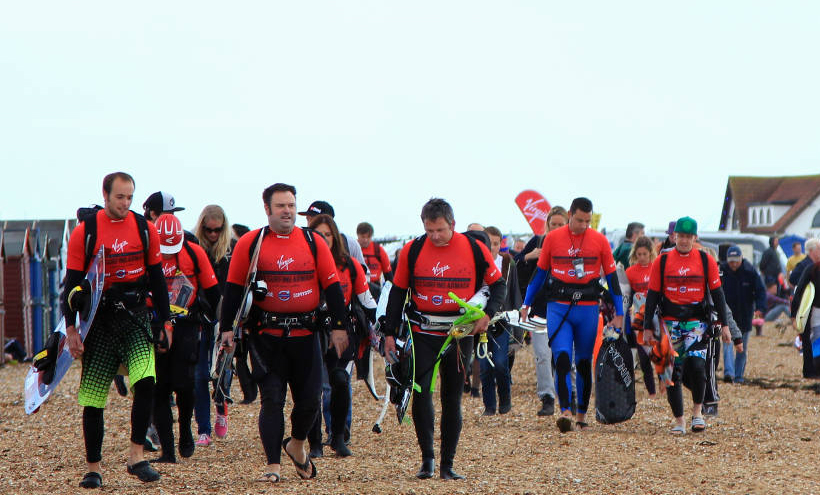 Registrations for the Virgin Kitesurfing Armada 2015 have now opened, with 500 places released for kitesurfers wishing to ride the 15 mile course from Hayling Island to Pagham, whilst also attempting to break the GUINNESS WORLD RECORD™ title for the ‘Largest Parade of Kitesurfers’ – currently held by the Spanish Kitesurfing Armada. 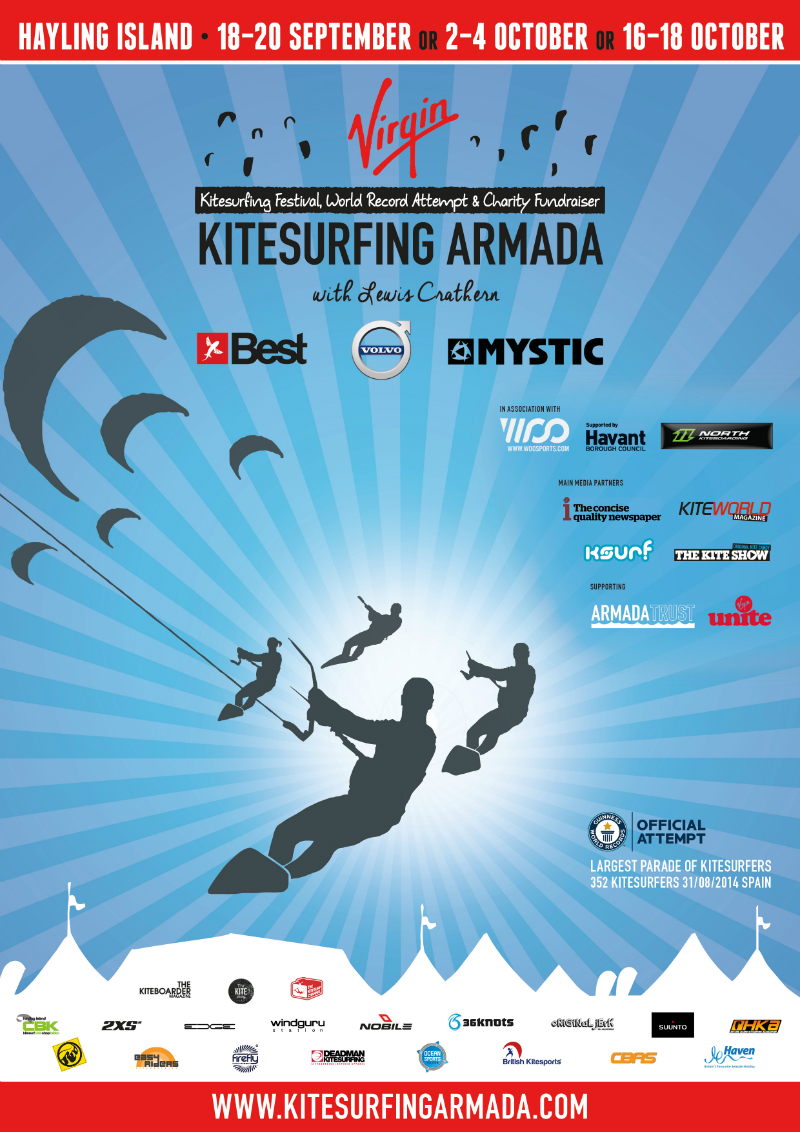 Virgin are continuing their title sponsorship of the festival and Sir Richard Branson, who participated in the first ever Kitesurfing Armada, said in a video released to launch the event:
‘Our support for the fantastic Virgin Kitesurfing Armada initiative continues to grow – and we are delighted to see the event expanding internationally, inspiring thousands of recreational kiters like me to get involved!

‘We will be bringing kitesurfers together from far and wide in an attempt to break the Guinness World Record and raise thousands for charity, and I am really hoping to be there myself this year – so I hope to see you on the beach!’ 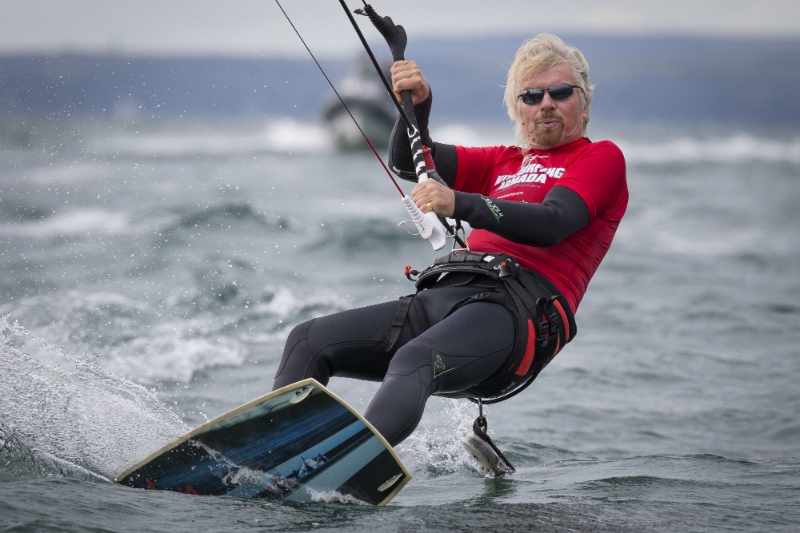 Once again fundraising for good causes will be central to the event. To date, the kitesurfing community has raised over £120,000 for charity through Armada events, and with the formation of the Armada Trust this year, even more youth and rescue charities will be supported.

Ambassador for the event, pro-kitesurfer Lewis Crathern, said, ‘It is such an amazing event to be part of. I love the fact that everyone involved in my sport – including kitesurfers from across the country, the industry and many pro riders – all want to join in and get together at the festival. It feels like a proper kitesurfing community and I’m sure this year will be the best yet, especially if we can take the Record back from the Spanish!’

In response to feedback following the 2014 event, the festival period has been extended this year to open from 11am on Friday through to Sunday late afternoon. Kitesurfing Armada Director, Dan Charlish, said, ‘Opening on the Friday means we gain an extra day where people can come down and visit the festival, check out all the exhibition stands and see all the new gear, hear some kitesurfing talks, watch some kite films and enjoy the atmosphere. The camping and campervan options were really popular last year and a lot of people took the day off on Friday and made a long weekend of it – so the festival timings have been changed to match, and we are looking forward to seeing everybody down there!’ 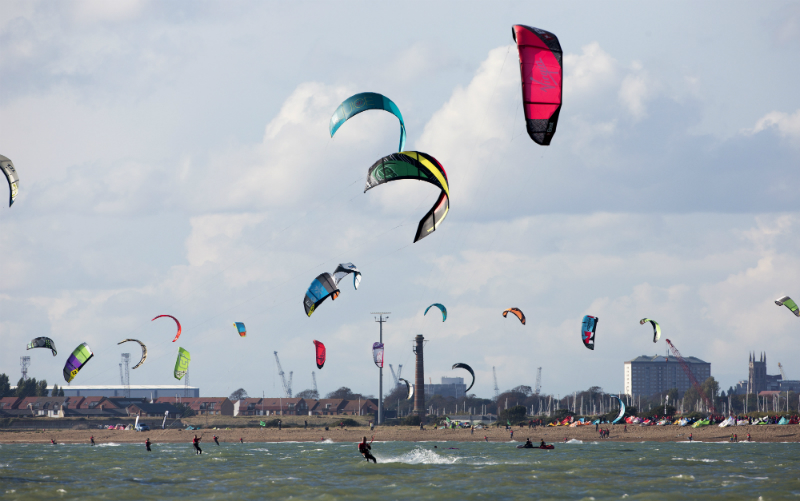 Organisers are hoping for good wind so that the Kitesurfing Armada itself can take place on either the Saturday on Sunday of the festival weekend. Dan Charlish said, ‘In 2013 we had 40 knots by the end of the event and it did get a tad challenging to manage! In 2014, we had no wind to speak of until the last weekend when a lucky 2 hours of 15 knots at least got everyone off the beach and kitesurfing. So this year we are all hoping for one great weekend of 18-25 knot wind so everyone can complete the full downwinder in style, and bring the Guinness World Record back to the UK!'

The festival is once again free and all are encouraged to come!

For registration and further information, www.kitesurfingarmada.com