Words by: Reider Decker blogs on his Hatteras highlights this past Fall

Spending the Fall in Hatteras is epic for wave kiting. I graduated college this past spring so this was the first time I’ve gotten to spend the whole Fall in Hatteras out of school, and it lined up for a great season. The howling NE winds and good storm swells coming in from the end of hurricane season make for a great combination. This year the Real Cape Hatteras Wave Classic hit an amazing stretch of NE winds. 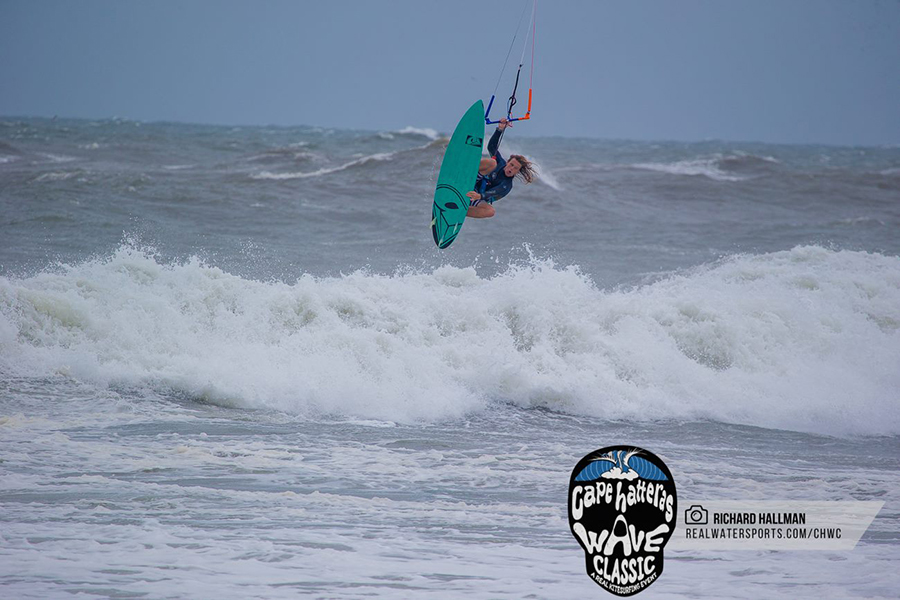 The first day of the contest the swell started out small, but over the next two days it got bigger and bigger. A lot of good riders came out for the competition, the most well known being Ian Alldredge, Patrick Rebstock, Jason Slezak, Teddy Lions, Mark Miedema, and Evan Netsch.

The day of the finals, the swell was well overhead. I ended up making it to the finals after a close heat with Ian Alldredge in the quarterfinals where the wind completely died mid-heat and my kite went down and I swam my gear in. Thankfully they put the heat on hold since the wind dropped so much and they gave me a few minutes to get my gear back together before the heat started back up. 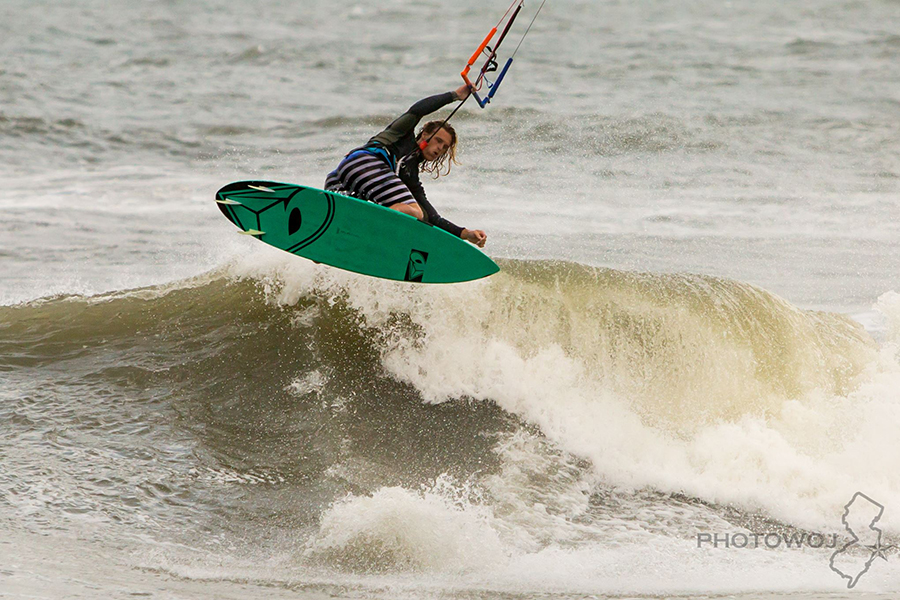 The men’s finals ended up being me against Mark Miedema for first place. Before the heat started nice sets kept coming through, and Mark and I were trading off waves left and right. Then the heat started and all the waves seemed to die down. You would get excited for a big set coming out the back, only to have it just crumble out and have no shoulder to turn on.

We were both searching for any wave we could get more than one good turn on. After coming out from a small wave I only had one turn on, I saw Mark doing a big backside hack right in the pocket of a nice set wave. After that I really started searching on the inside for waves that were walling up that I could get a few turns on. I managed to find two good waves on the inside that walled up and let me link a few tight turns in the pocket together. After I got those waves I started to relax and started trying more strapless freestyle tricks. I managed to stick a one-footer 360 shove-it, which I had tried and failed to land in earlier heats, and a butt check frontroll 360 shove-it. 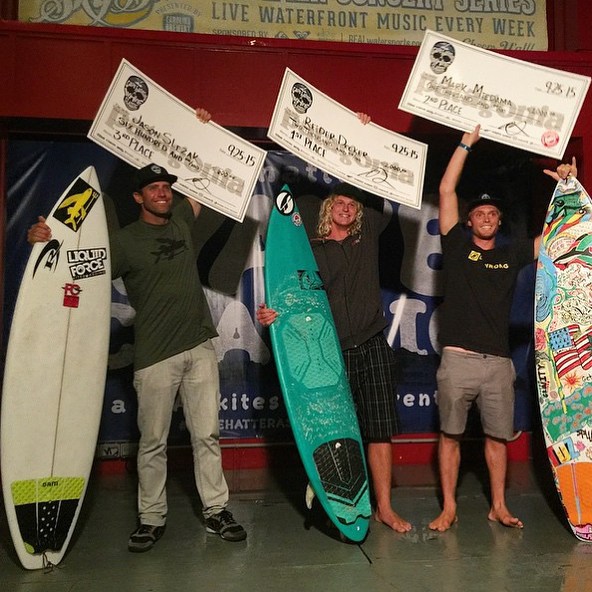 The final heat against Mark was really close, but I ended up winning by a thin margin and getting first place in the contest. After the contest the NE streak continued so we got a few days of stress free kiting in with everyone from the contest which was sweet. Hopefully the upcoming Cape Hatteras Wave Classics will continue to be as fun as this one!