Roof of the World Regatta 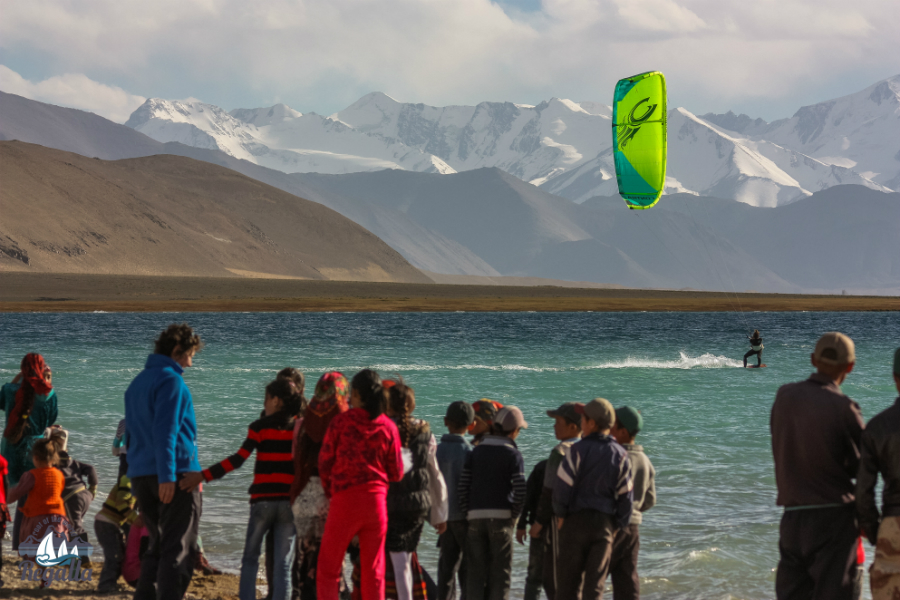 The highest altitude sailing regatta in the world returns for a second year. The Roof of the World Regatta in Tajikistan will run from 24-27th September 2015. Here are some of my experiences from last year’s event, in one of the remotest kitesurfing locations in the world… 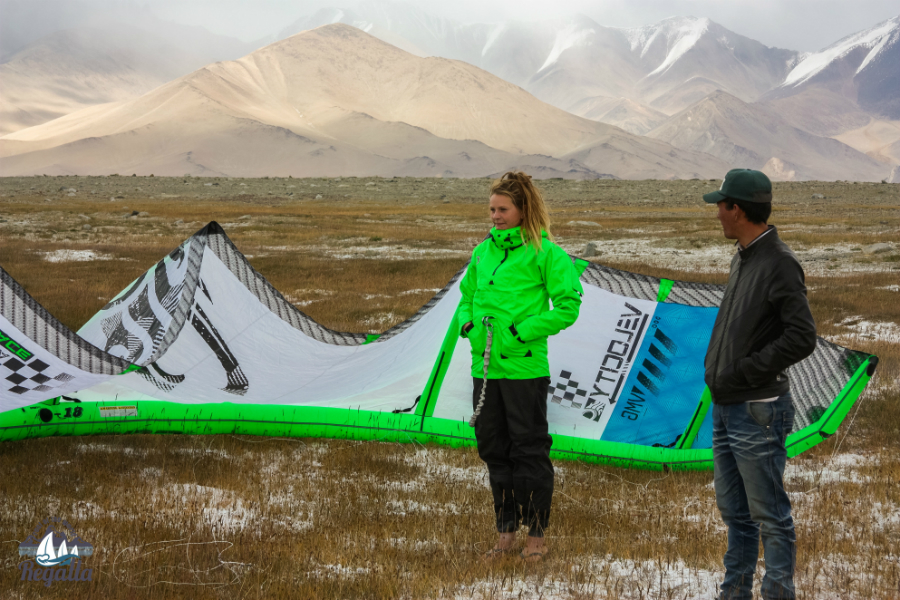 This unique and, frankly, bizarre event happens at Lake Karakul, nearly 13,000 feet up in the wilds of Tajikistan. This area of the Pamir Mountains is tricky when it comes to access, only reachable from neighboring country Kyrgyzstan via the Kyzl-Art mountain pass (14050 ft) or a pot-hole ridden five-day drive from the Tajik capital, Dushanbe. But, oh boy, is the journey worth it. 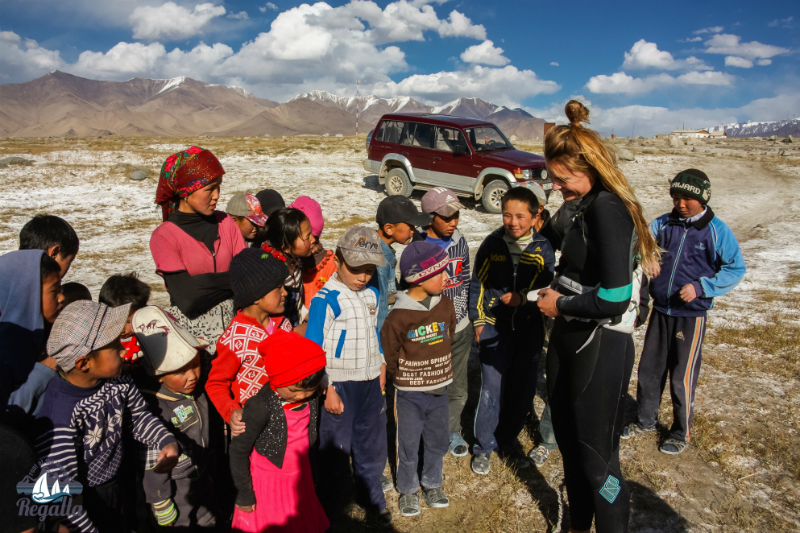 With the organizers of the event, I acclimatized for three days in Sary Tash, Kyrgyzstan. Rumours of border closures and restrictions on the issue of international visas had meant a lot of competitors had pulled out. But we took the risk and headed into the snow-capped mountains on a road with only one destination. 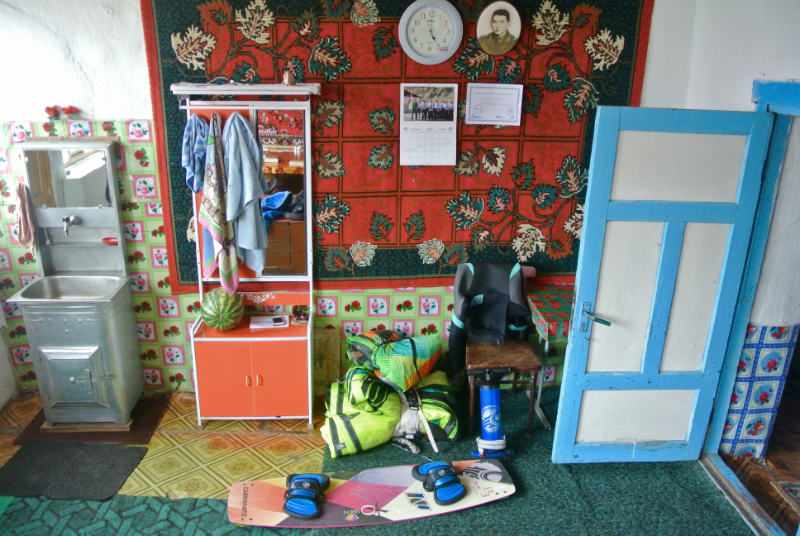 As we left Kyrgyzstan and the Alay valley behind and headed up to the Kyzl-Art pass, the road conditions deteriorated dramatically. We spent a nerve-racking 45 minutes at the border, during which formalities in all FOUR offices – customs, drugs, police and army – were carried out, but then, we were in.

After a further breath-taking drive (one featured on dangerousroads.org haha) we rounded the base of yet another mountain, to suddenly see all 380km2 of Lake Karakul (Каракуль or The Black Lake) stretching in front of us. It was such a relief to see that the lake wasn’t frozen – as most of the year it is under ice. There was only one problem – not a breath of wind. The five-day window we had for the event suddenly seemed very small!

That first evening, a howling wind suddenly came and caught us all by surprise. I raced down to the shore and quickly rigged up. With the possibility of this being the only chance to kite on the lake, without thinking I headed out on to the lake solo. 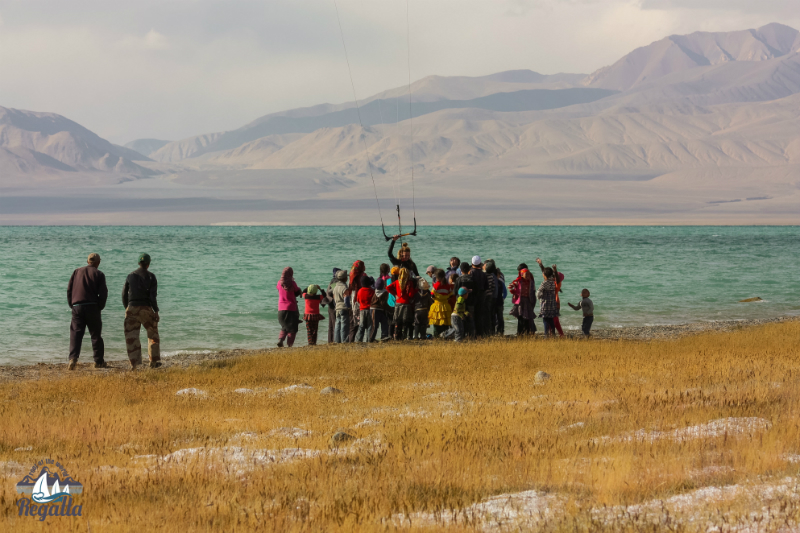 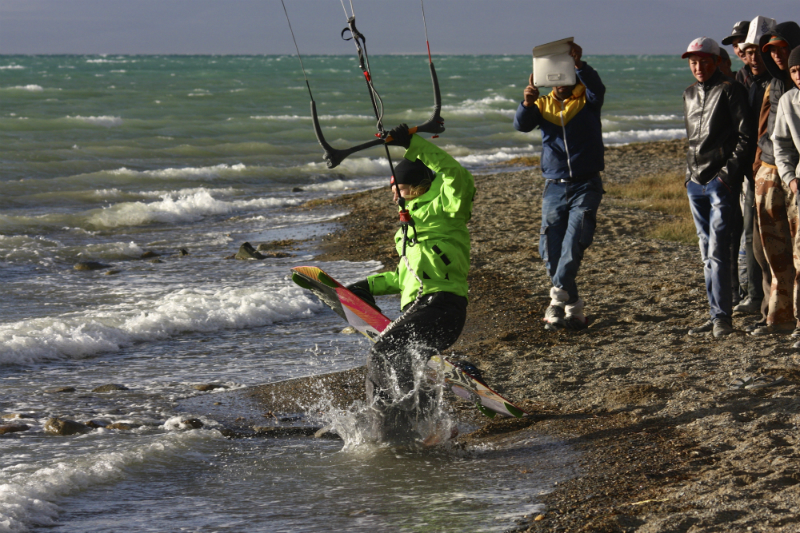 With the expansive lake’s waters looking pretty foreboding, darkness coming in and Peak Lenin (23,406 feet) towering in the background, it’s safe to say my first tack was absolutely thrilling. It was later that I realised that I was the first person to ever kitesurf in the country of Tajikistan. The conditions were challenging, the winds were wild and felt different here than at sea level – thinner and gustier. The water temperature of the lake was ridiculously low as Karakul is fed by glacial melt (and was due to freeze the following month). Other competitors trickled in over the next few days, and we ended up with a motley crew of five. We managed to get some sailing on the lake everyday. 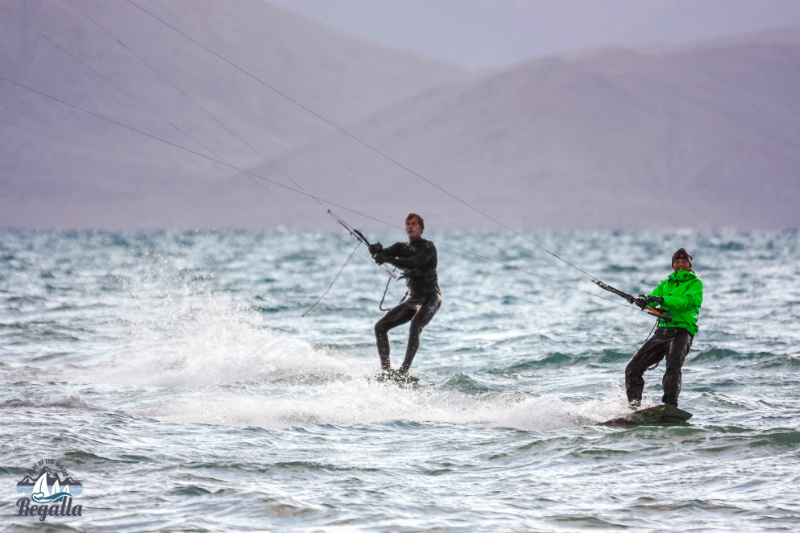 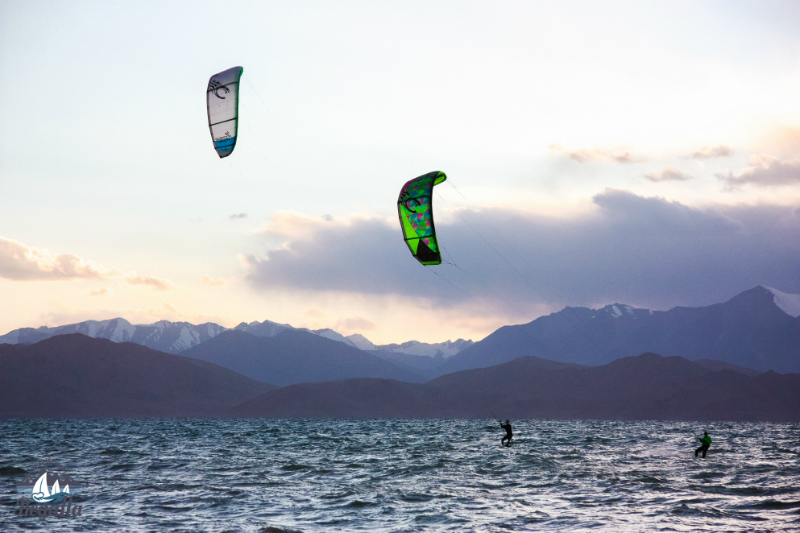 We were staying in Karakul, an incredible village where life has been thrown back 200 years in time following the collapse of the USSR that once controlled the country, leaving the villagers without electricity, running water and other infrastructures that we all take for granted in the 21st Century. 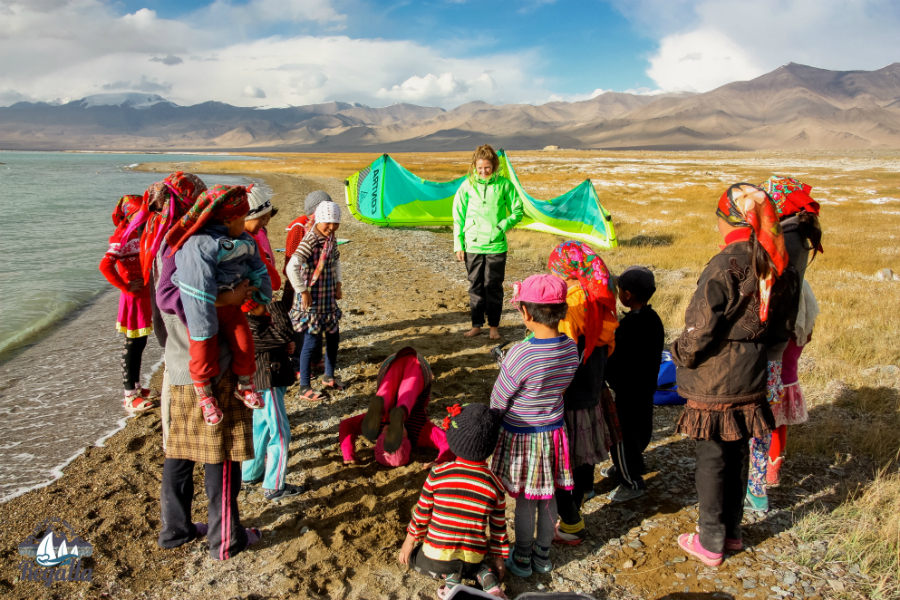 Each day the crowds on the beach grew and on the last day we had three hundred people on the shore. It was such a privilege to get to show these extraordinary people the sport of kitesurfing – a completely alien concept. Even the Tajik border guards had made the journey down from the pass to see what the fuss was about. It was a truly spectacular sight. Cabrinha team mate, Kathrin Bogwardt and I taught over 50 boys and girls how to fly a kite (in my best Russian), while on the lake itself, boat rides in the safety dingy ensued, with some men opting to wear helmets while others stuck with their kalpaks (traditional felt hats)! 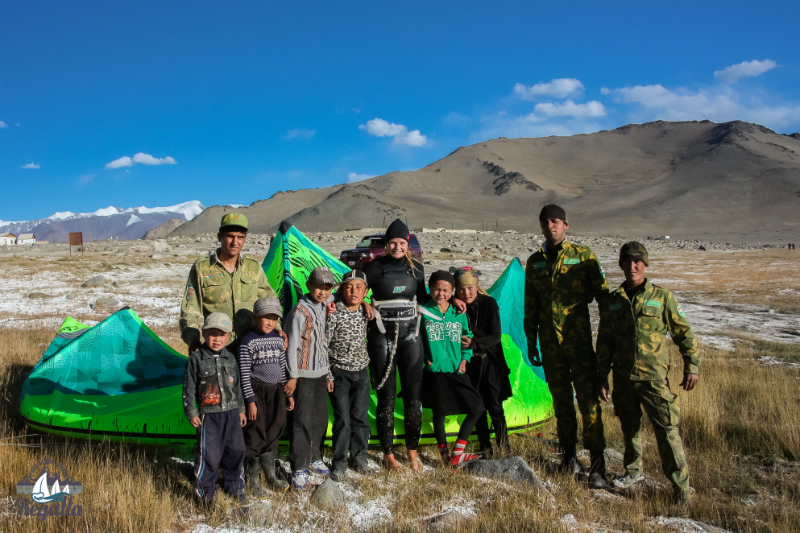 When I went for my last session on the lake, the shore was lined with spectators cheering in Tajik, despite the threat of snow in the air. The electric atmosphere confirmed my suspicions that this is quite simply the most epic place to kitesurf on earth.