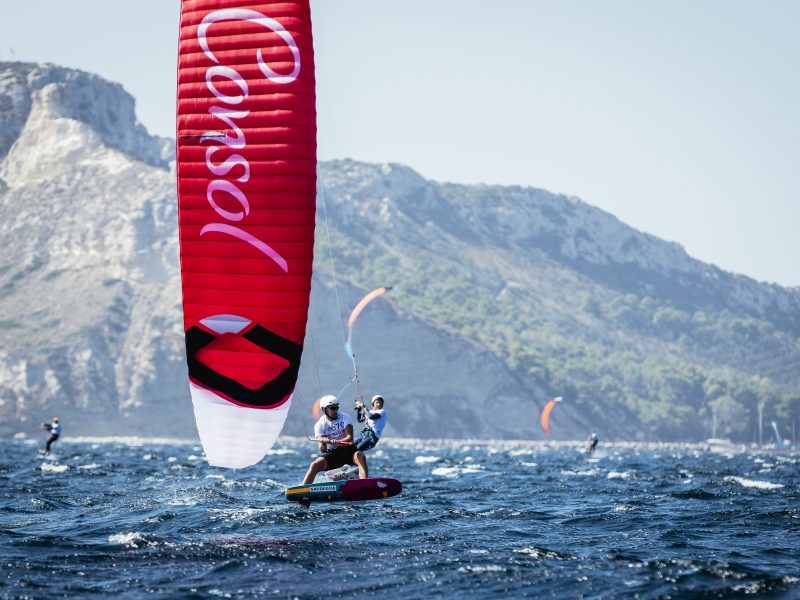 From October 2nd to 6th, Poetto beach in Cagliari hosted the 2019 edition of the Sardinia Grand Slam, the fourth and final stage of the Kite Foil World Series by the IKA (International Kiteboarding Association). 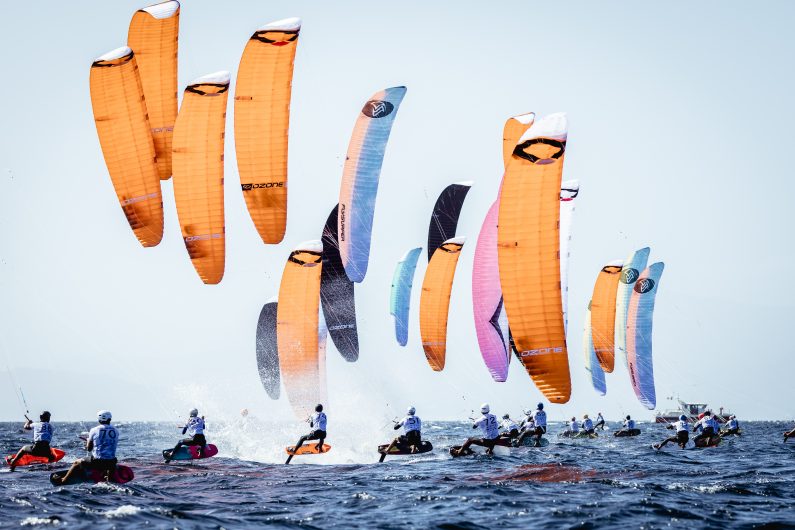 Over 60 athletes from all 5 continents met face- to – face for 4 days of racing in  20 stages . The Frenchman Axel Mazella just needed to keep his fourth place in the overall standings to overtake the  previous world leader, Toni Vodisek, and win the title of Kite Foil World Champion.

First of all Theo De Ramecourt, who returned home with the most deserved victory of the Sardinia Grand Slam. To Nico Parlier, winner of the Sardinian event  in 2018 and world champion in 2017, second place was not enough. After losing the title last year in the direct battle with Maxime Nocher, this year he had to settle again for the silver medal in both podium, the Sardinia Grand Slam and in the World Ranking. 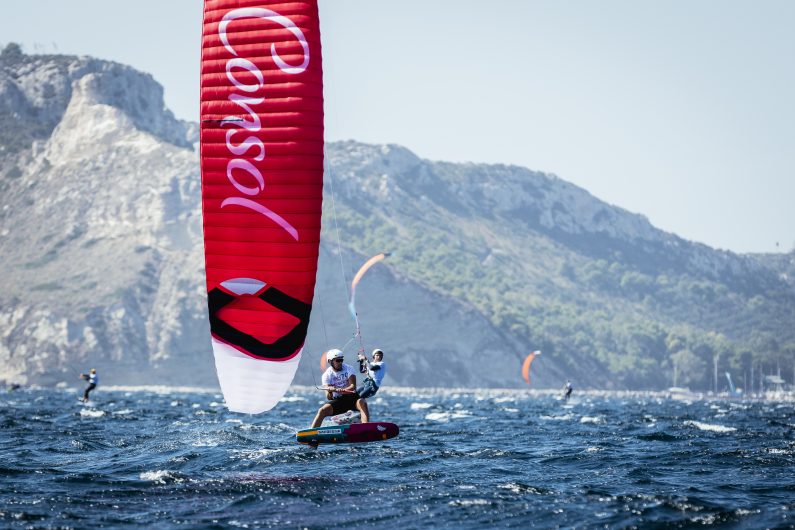 The Sardinia Grand Slam represented the climax of two crucial weeks for Sardinia’s role in the international Kiteboarding scene. It took place immediately after the Torregrande Formula Kite European Championship, confirming the fact that, with the inclusion of the Kite Foil among the Olympic disciplines of Paris 2024, this kind of events is becoming increasingly important and Italy, with Sardinia, candidates to be one of the protagonist nations of this change. 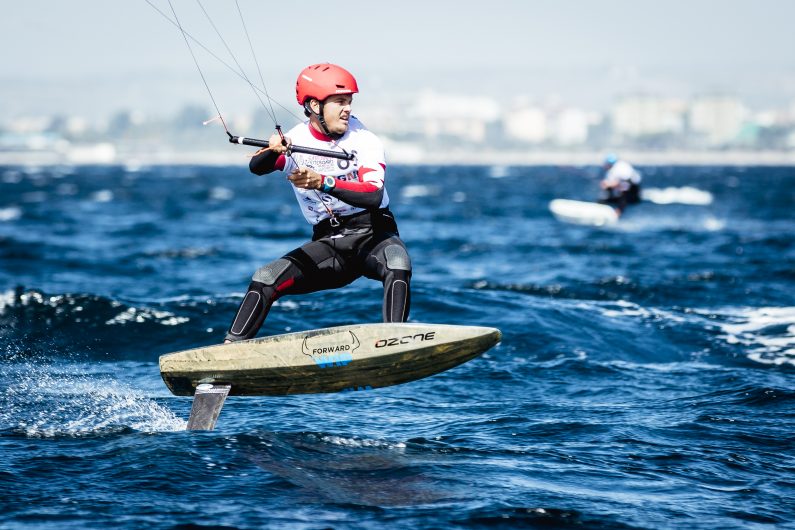 If on the one  side the Sardinia  Grand Slam of Kite Foil is back for the third consecutive year on the Poetto beach in Cagliari.

In the world, according to the data from IKA, the International Kiteboarding Association, has  almost 3 million Kiteboarders and while in Italy are close to 25.000

Beside Cagliari,you can practice almost all over the island, with some international known spots. The Bay of Chia, Porto Botte, Isola dei Gabbiani and the beach of Porto Pollo, ,Barisardo, Capo Mannu and the wave spots in the province of Oristano, Villasimius. These are just some of the excellences that Sardinia offers to kiteboard enthusiasts and watersports in general.

And as if this situation was not enough, in conjunction with the performance of the Sardinia Grand Slam, in Cagliari there was another event that helped to make the eyes of sailing enthusiasts focus on the city: the launch of Luna Rossa.

On October 2nd, in the presence of Prime Minister Giuseppe Conte and all the top sports and institutional officers, the Ac75 was officially presented, Luna Rossa’s boat that will take part in the next America’s Cup in 2021 and will be in the water ready to win already from the World Series that will take place in Cagliari from April 23rd to 26th, 2020.

The just concluded three-year Sardinia Grand Slam, the return of Luna Rossa and next year’s World Series are just some of the actions implemented by the Autonomous Region of Sardinia from October to April, to contribute concretely to the seasonal adjustment process. On the occasion of the presentation to the media of the 2019 edition of the World Cup, Giovanni Chessa, Councilor of Tourism, Crafts and Trade of the Autonomous Region of Sardinia, has undertaken the commitment to insert the Sardinia Grand Slam among the great events to be sustained in the three-year period in arrival, so that its presence can be guaranteed in Cagliari in the future, as has happened since 2017. Concept reiterated also by the Municipality of Cagliari with Alessandro Sorgia, Councilor for Tourism and Paolo Spano, Councilor for Sport.

the conditions are really all there : the city was confirmed for the third consecutive year more than able to host events of this level, as for Kiteboarding, and in general sailing sports, Poetto is now recognized all over the world as one of the best spots for competitions and training. It represents a heritage that the Sardinia Grand Slam helps to enhance year after year. 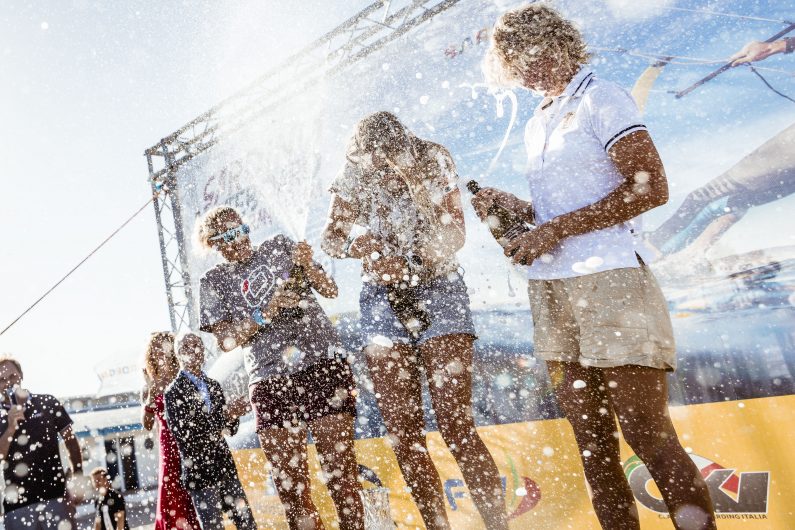 The Sardinia Grand Slam World Championship is organized by Good Looking Entertainment and Yacht Club Cagliari, which deals with technical sports coordination, under the aegis of the IKA (International Kiteboarding Association), the support of the Kiteboarding Class Italy CKI, the Italian Sailing Federation and with the contribution of the Autonomous Region of Sardinia – Tourism Department and the Municipality of Cagliari Sport and Tourism, and some private companies.