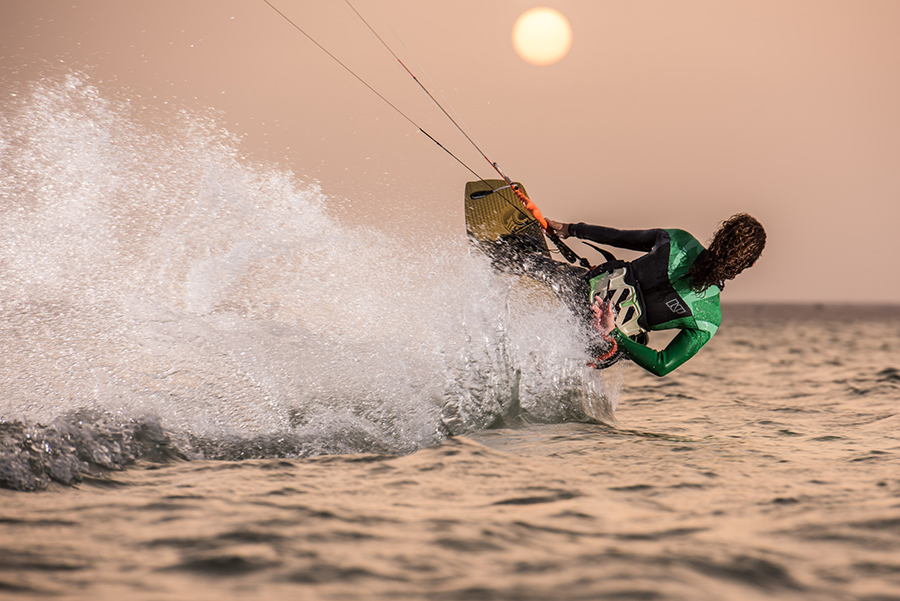 To be honest, I wasn’t sure this trip would even go down in the first place. I had high hopes while planning, but there were a lot of variables that weren’t decided until the very last minute. The plan was to fly out the beginning of September, and I didn’t have a photographer or videographer booked until about two weeks before the trip. Ironically, the whole trip was planned around these specific photographers. Plus, funding wasn’t secured at that time, and we were originally going to go up the coast in Morocco, not all the way down into Dakhla. So, the trip wasn’t definite until the very last minute. 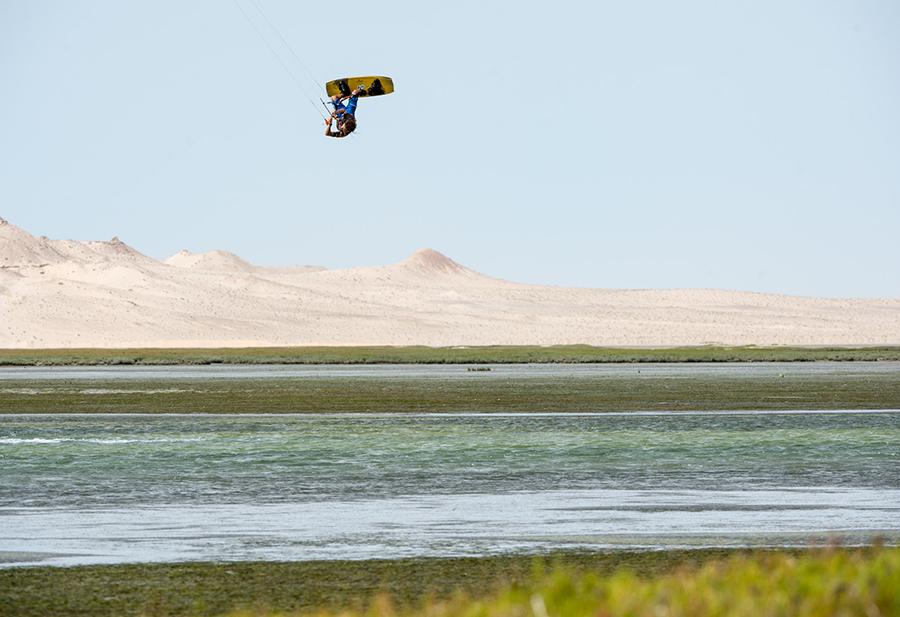 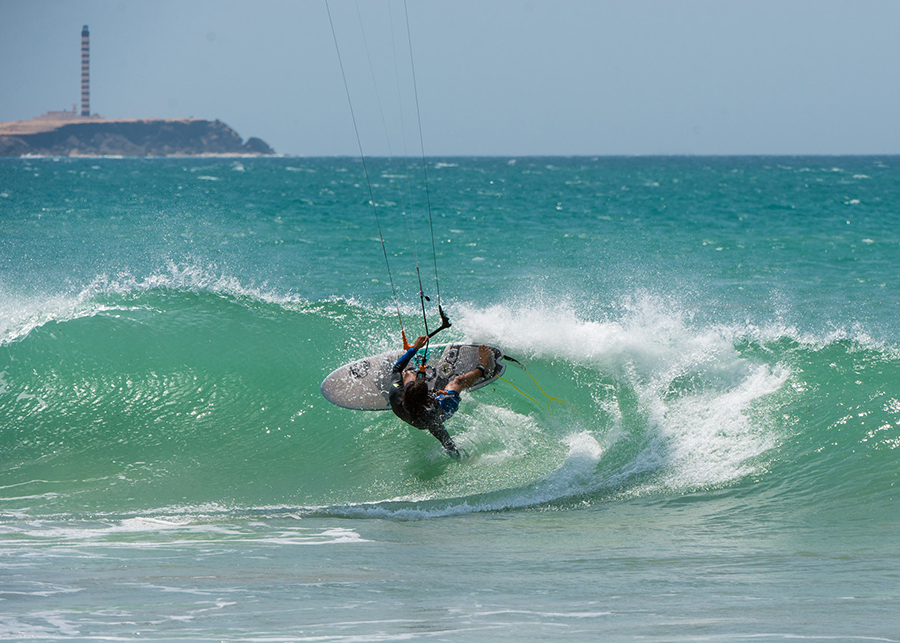 I planned this entire trip because, one, I obviously wanted to go to Northern Africa for the waves and wind but, two, it gave me a chance to work with a photographer I met this past winter down in Cayman, Ryan Taylor. Ryan has been one of my favorite people to shoot with, he has so much fun out on the job and really just loves to shoot, so it never felt like work. He always gets so excited with the shots which just amps you up to a whole new level to go even harder. It's a tad clichéd but it's so true. It also gave a chance for a close friend of mine to make a breakout in the kiting/video and photo industry. 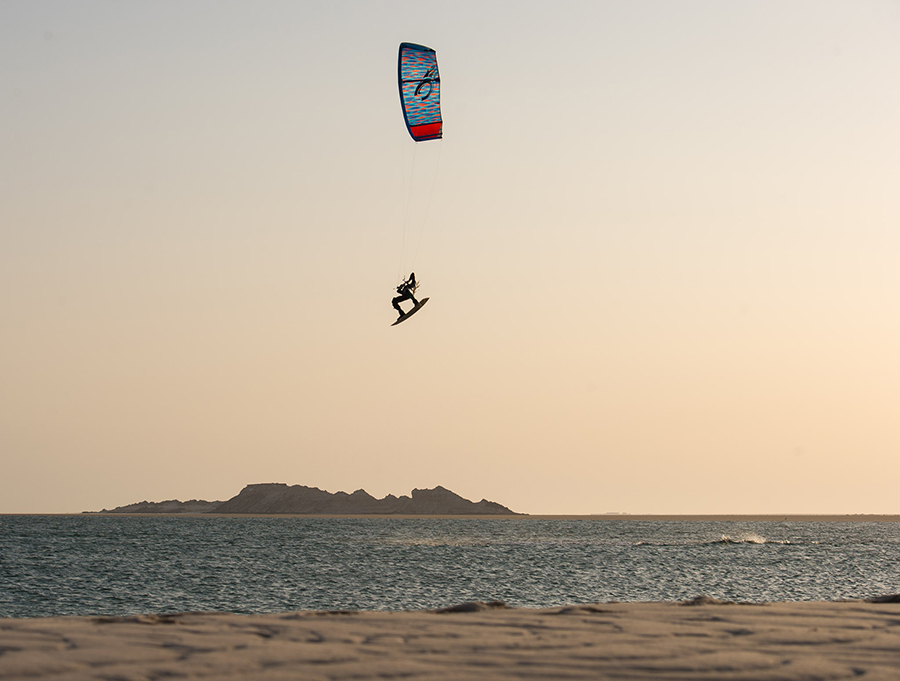 Once Ryan had confirmed his dates, it was full force, but by a series of unfortunate events, Christian (my buddy), had to pull out at the very last minute, leaving me with no video guy right before the trip. At that moment, I thought the trip was back off again but by pure luck, Ryan’s brother, Evan, was available to shoot those dates and was keen to shoot some action sports. 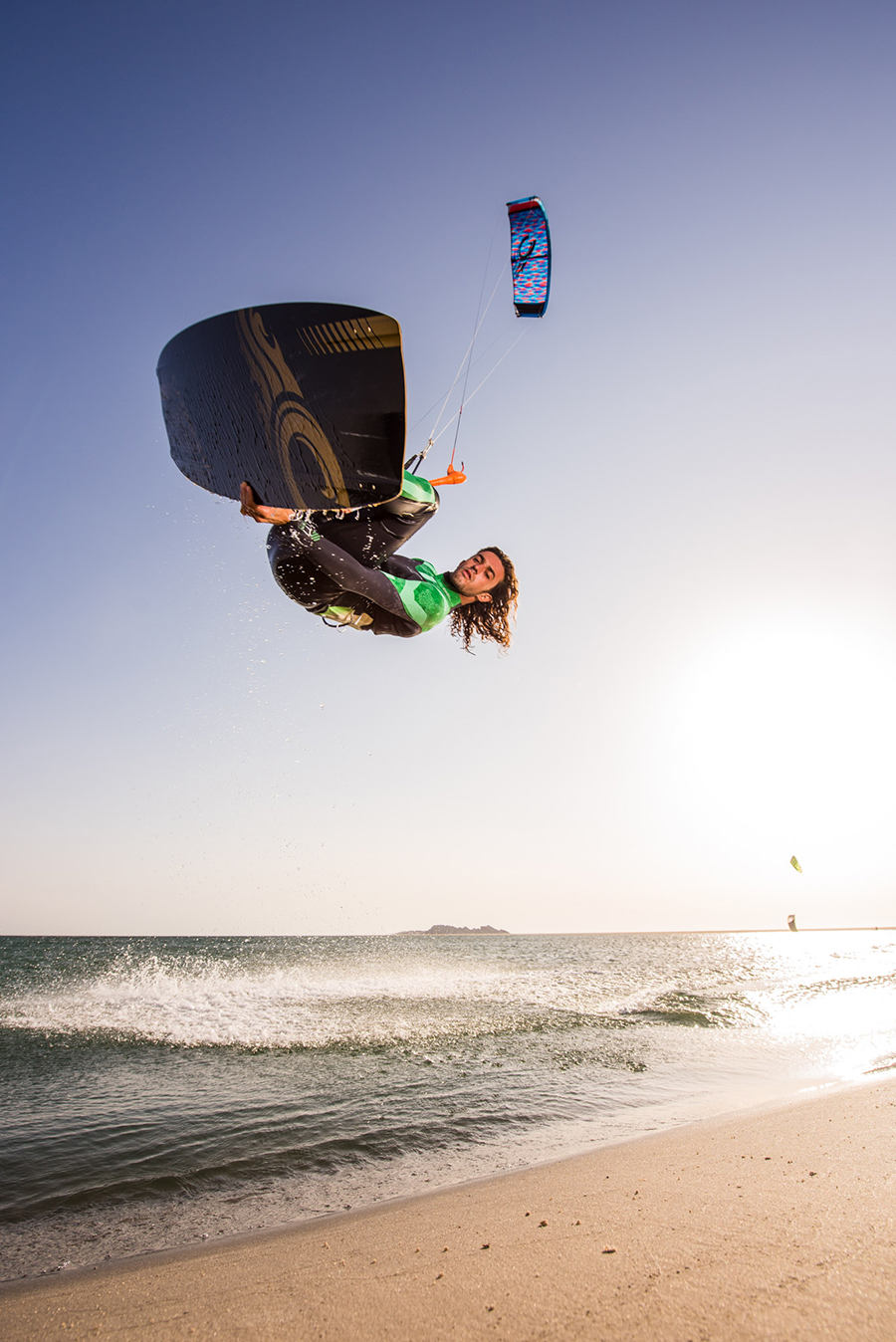 Evan is an extremely goofy and funny person, like myself, so the chemistry was instant and in the end I’m really glad he came on the trip. I think we score some really great shots for the video. We also had Ryan’s wife, Lindsay, on the trip to help really with anything we needed which was so nice to have and a huge relief. We were always so caught in the moment and she was the only one to remember snacks and sunscreen. She could also hold the flash and do all those little things that can make the difference in a shoot. 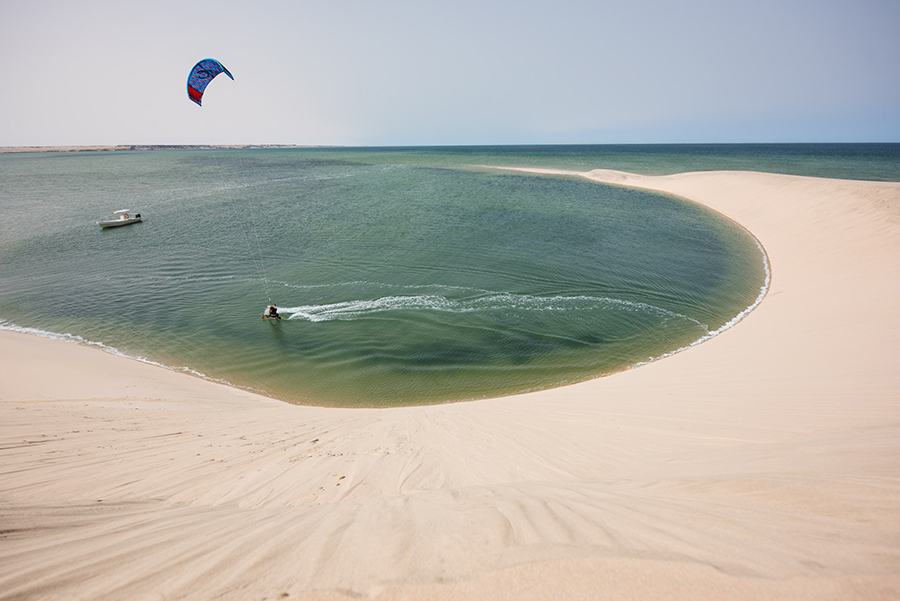 I was put into contact with the managers of Dakhla Attitude and with very little convincing, they had me persuaded to make the extra flight all the way down into the Western Sahara (which was a really smart move in the end). I’m not sure how we would have pulled it off without DA and their staff. 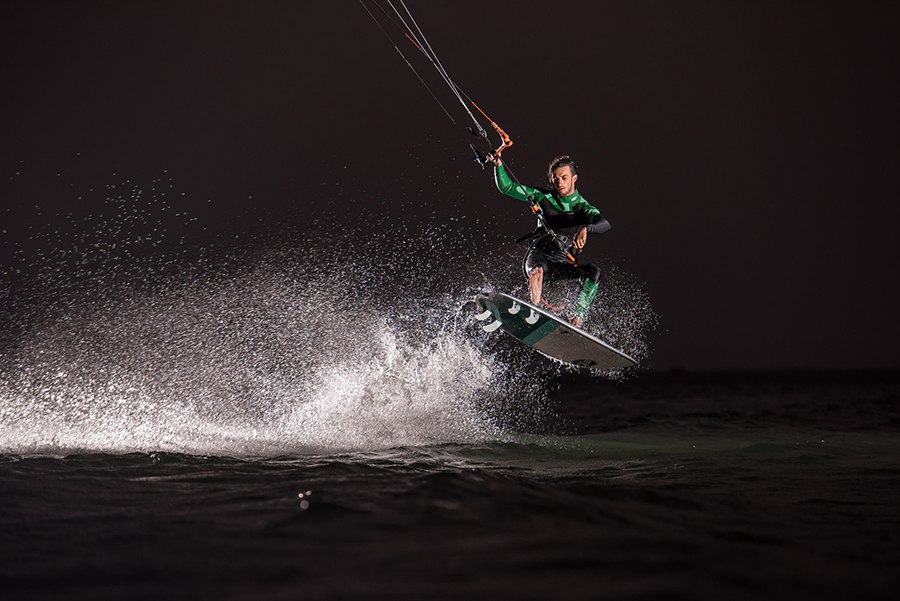 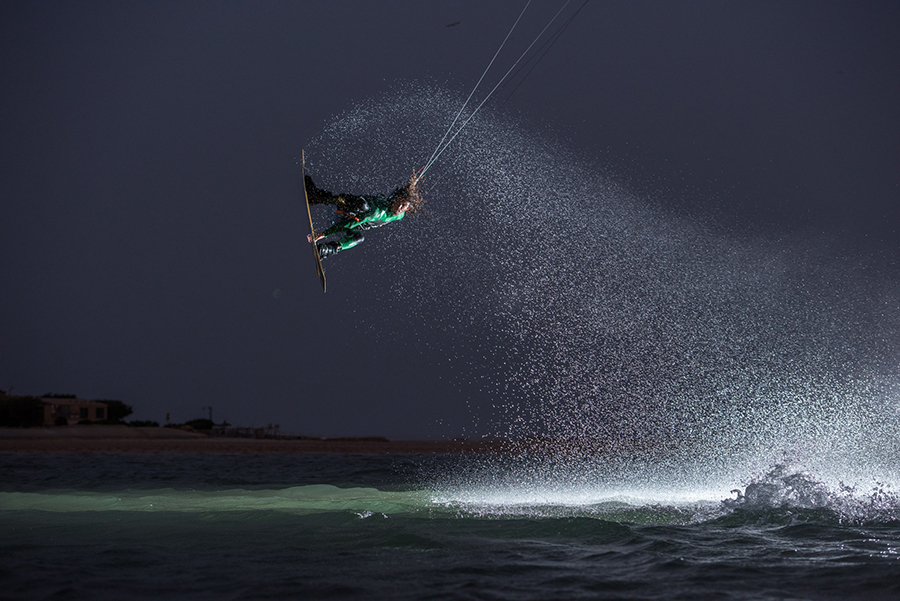 Once we finally arrived in Dakhla, the rest is history. It's usually the planning and traveling that is the daunting part of these trips and as long as we had wind and sun (which we had pretty much every day out of the six days of our stay), you can pretty much just wake up eat, ride, sleep and repeat. It was a bit like the movie Groundhog Day, everyday wake up and shoot into the very last moments into the night. We would finish up with an epic dinner prepaid by the staff, briefly look at the content at hand, pick which ones we liked, and then pull into a small coma until the next morning for breakfast. 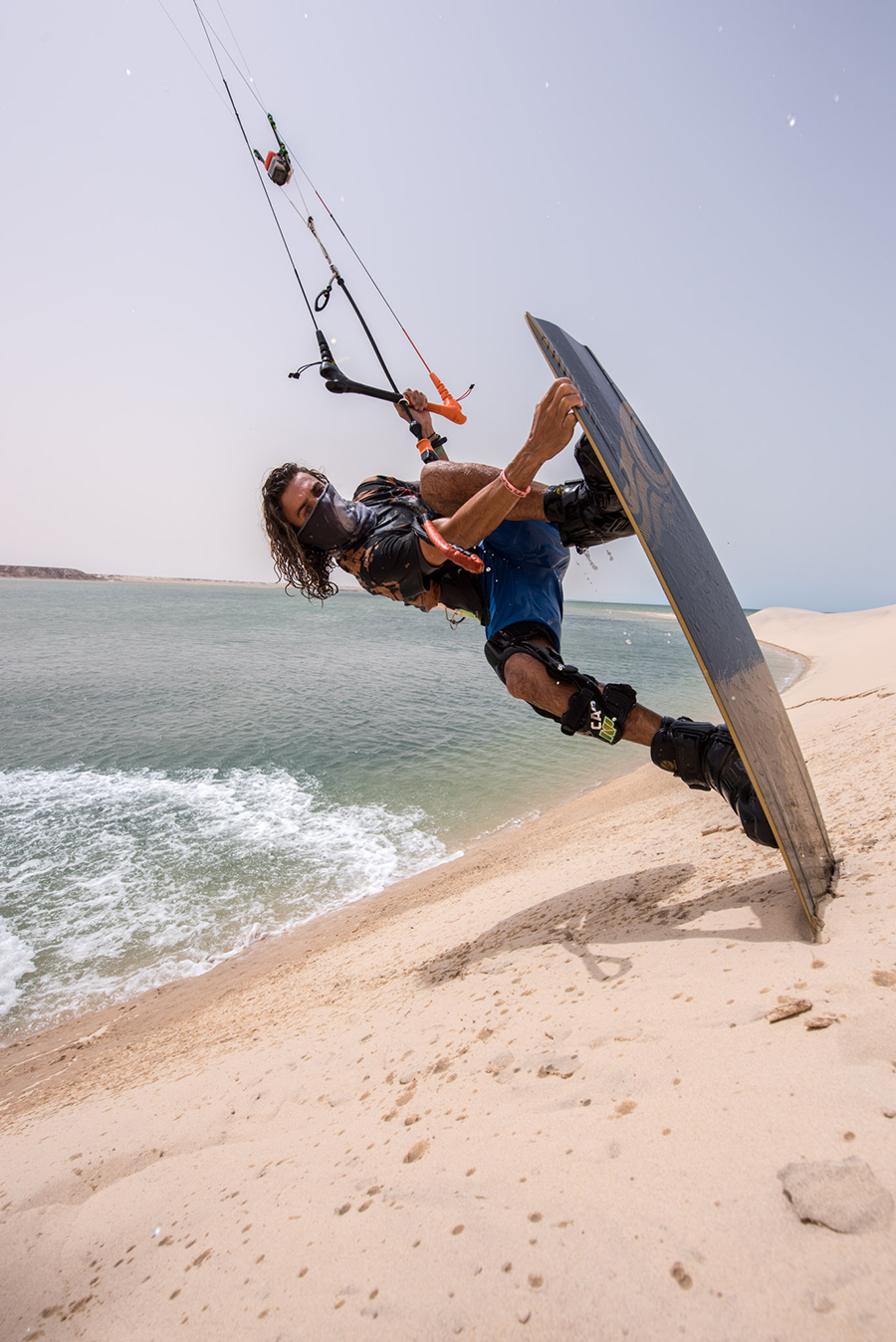 I was the only rider on this shoot for the most part, besides the few evenings when some of the crew could sneak off of work and join us. For example, Moroccan freestyle champ Larbi Ederkaoui was able to ride with us for a perfect sunset freestyle session, which I was so thankful for because that was the only time conditions were perfect to unhook. Most of the time I was just lit on my 9m doing kite loops. 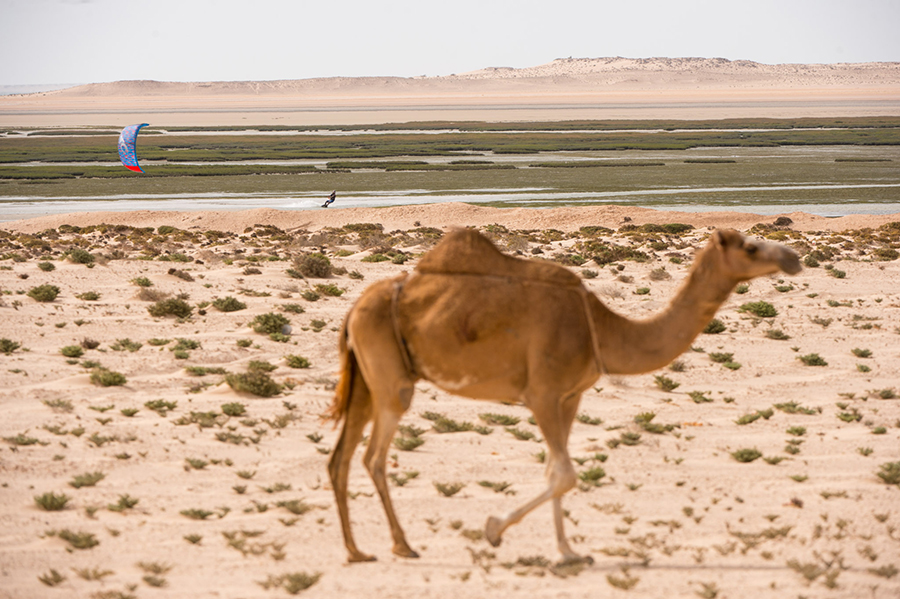 Dakhla Attitude guided us around the area, so the shoot had all the variety we wanted and more: sand dunes, waves, speed spot, and even the very cool secret spot. By the end of the trip, I was stiffer than a plank of wood and hurting more then an MMA fighter coming out of the ring. It was beyond worth it though. The shots we scored will be some of my favorites through time and this edit I’ve created will undoubtably be my best thus far. But I guess what happens when you have the Taylor family behind you. 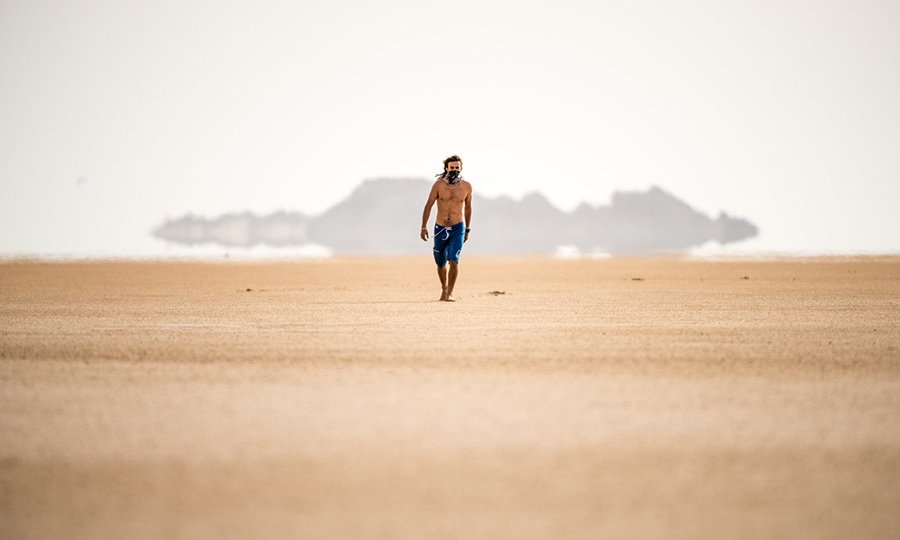 I’m sure we will have the pleasure of meeting up somewhere around the world again but in the mean time I hope you enjoy this edit as much as we enjoyed making it.