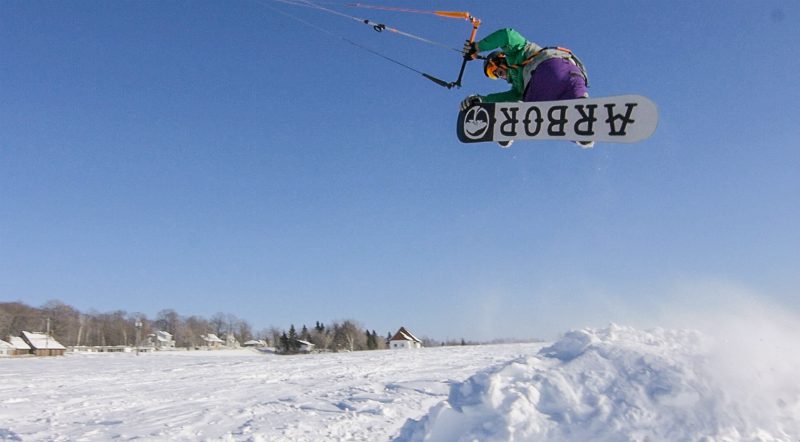 At this time of year in the Northern Hemisphere, most people are looking South; to sunshine, white beaches, and warmer temperatures. Rather than follow the usual trend, I decided to head to some white “beaches” of my own up in the great white north. 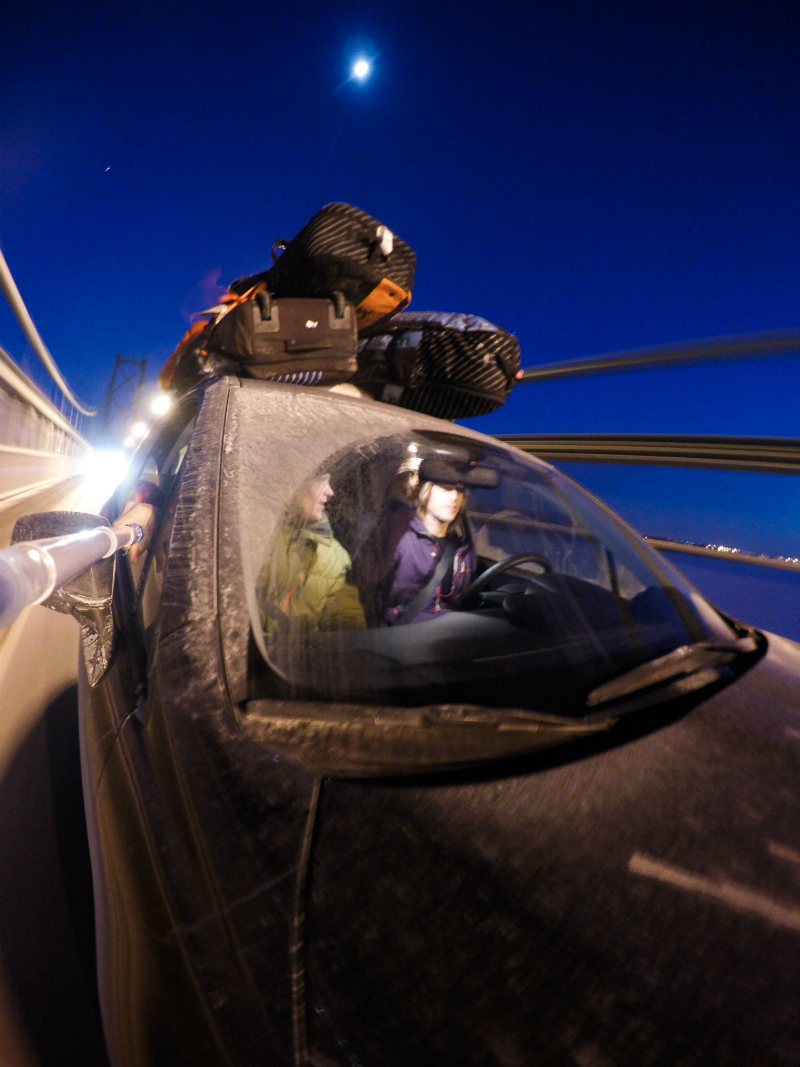 After hearing nothing but good things from photo guru Vincent Bergeron about his home city of Montreal, I knew I would have to visit sooner than later. Just so happens the East Coast of the U.S. has been having one of the coldest winters on record, so conditions have never been better for a proper snow kite trip. 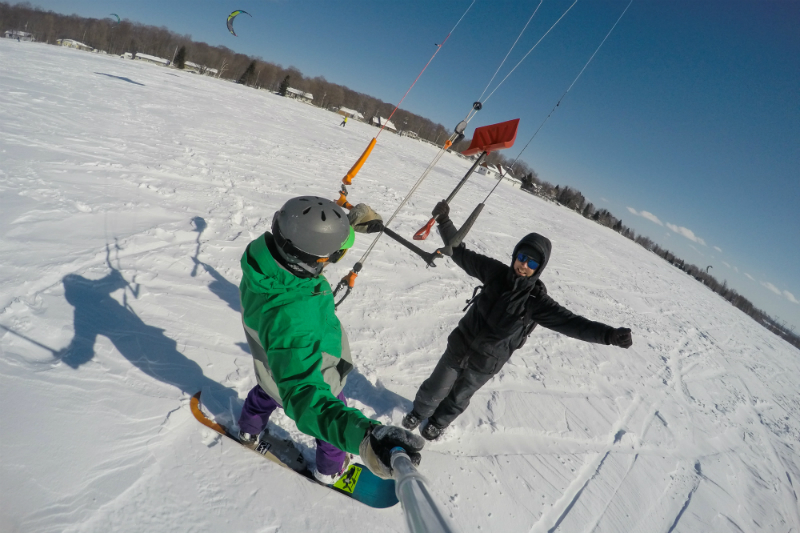 Snow kiting is something I’ve done in the past, however it’s been a while, and I have never really pushed it on the snow. After the first few sessions I learned real quick that snow is harder than water and it hurts a lot more. Taking crashes really slows you down and definitely makes you think twice about the trick you’re doing. 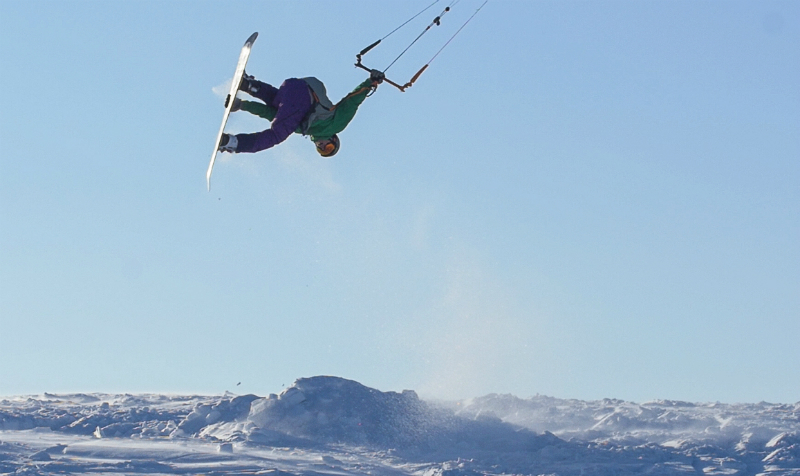 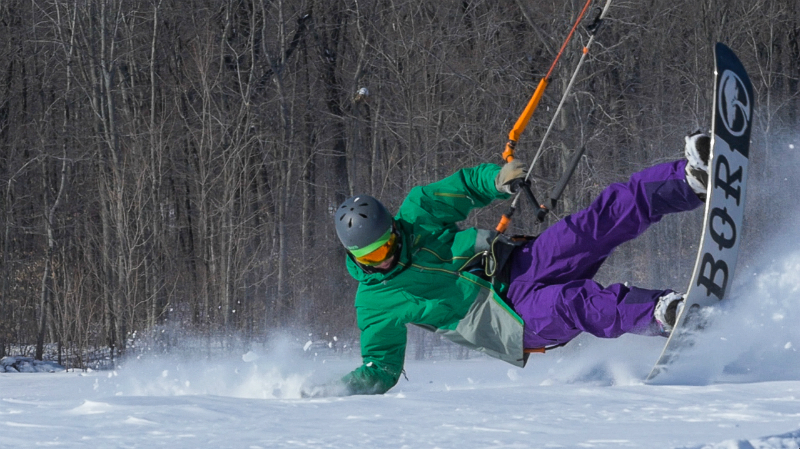 It is also really variable, not only are you contending with gusty inland wind flow, you also need to find the right surface conditions. Just one day of bright hot sun, or one night of freezing can render a perfect spot unrideable. However when all the stars line up, snow kiting is the stuff of dreams.

Endless powder lines, riding effortlessly up on your own personal chairlift, downslope landings, and more jibb-able features than you could dream up. The possibilities are seemingly endless, and we have been finding unique things almost everywhere we go. 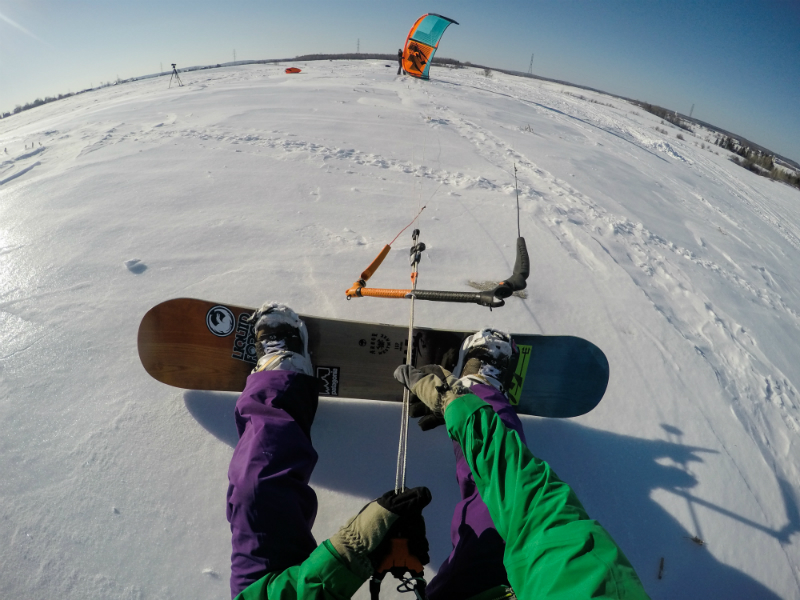 As I am sitting here now, I am nursing my body after yesterday’s session. Tricks and clips are much harder-earned on snow. Something as simple as landing to blind (an every water-session thing for me) is taking plenty of tries here on the snow. Humble is the word I would use to best describe how I feel after most sessions here. Oh, that and tired! The amount of work your legs do while hiking and riding combined with the energy needed to keep your body warm in the -20 C temps just drains all of the energy you have.

Carbs are king at the dinner table, our bodies greedily devouring everything in sight. Luckily Montreal is full of talented Frenchies, and the food is wonderful. Did I mention Poutine? 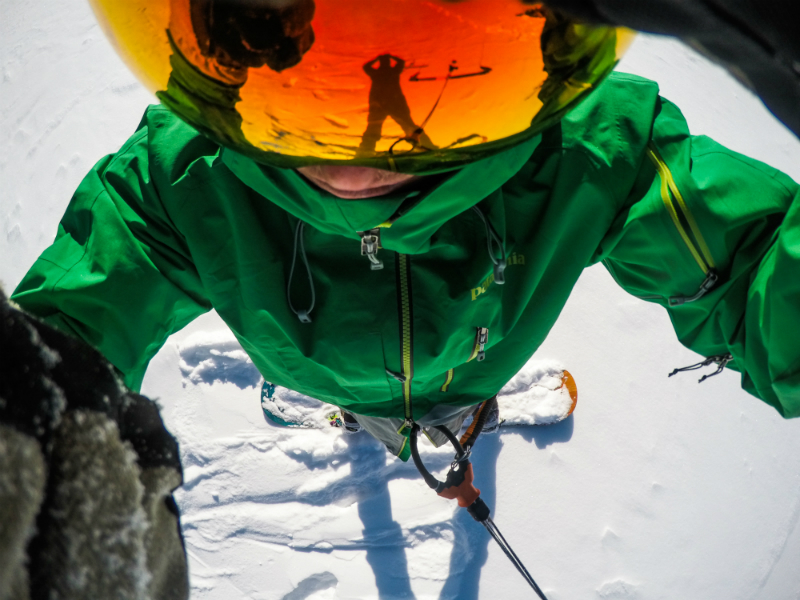 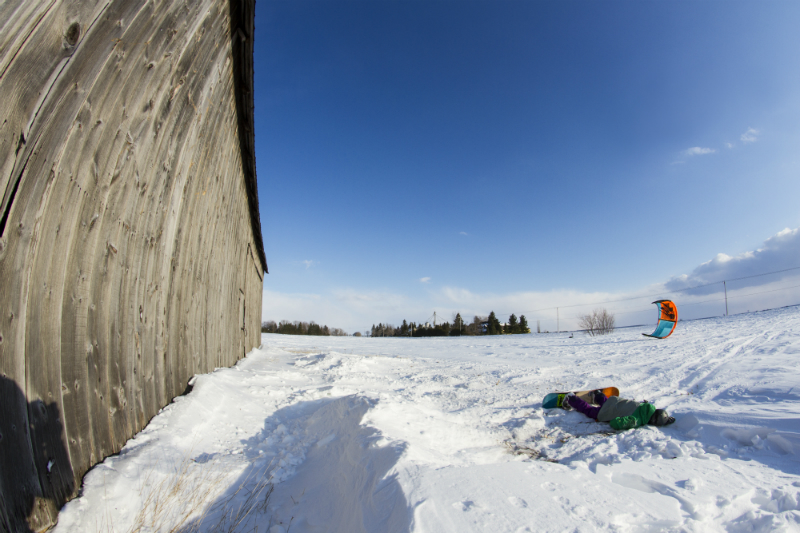