The GKA Freestyle World Cup in Colombia is on! 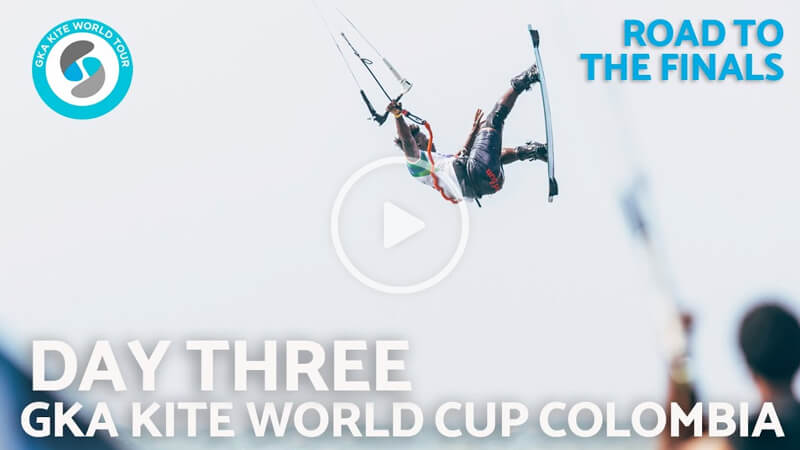 The first freestyle event of the season has been a full-action showdown!

On Day 3 we completed the women's semi-finals, where Estefania Rosa and Bruna Kajiya showed strong riding and advanced to the women’s finals. On the men's side, we completed Rounds 4 and 5 of the men with stand-out moments such as a seatbelt Mobe 5 from Maxime Chabloz, and a massive Slim 9 to the moon from the Dominican Luis Alberto Cruz. To everyone’s surprise, Colombian Juan Rodriguez threw down a solid heat, demonstrating to everyone that home-court advantage is real, advancing along with Manoel Soares into the Semi-Finals. In the final heat of the day, Gianmaria Coccoluto scored a 9.3, for the highest score of the day for a massive 319. The first upset of the competition is the current World Champion Arthur Guillebert being eliminated in the Quarter Finals and will have to wait for the next competition to be able to defend his title.

Find out more about this event here.