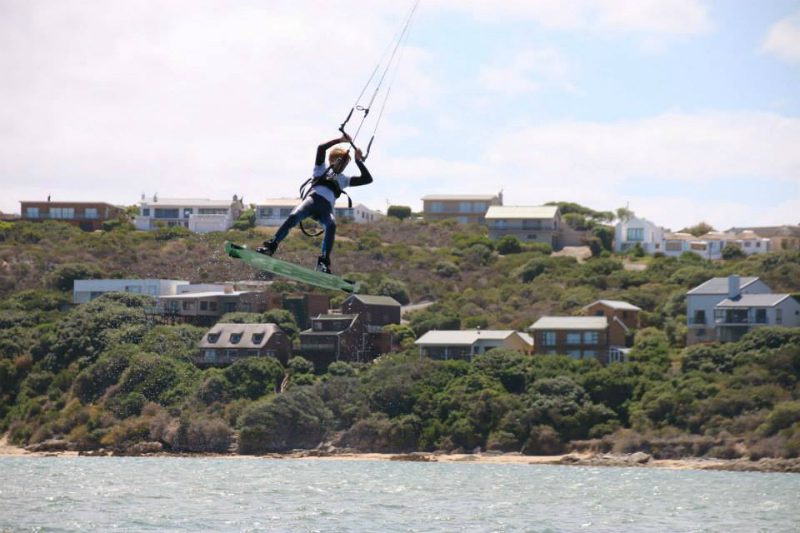 So eventually the Red Bull ‘King of the Air’ gets underway in the last week of the waiting period. On Wednesday February 11th, there is an announcement that it will run and the Semis and Finals will be held on the weekend.

We watched the first few heats on Wednesday and it was insane and this caused a bit of a problem because we wanted to watch the rest of the King of the Air, but I also really wanted to compete in the Pili Pili hang time competition up at Witsands. 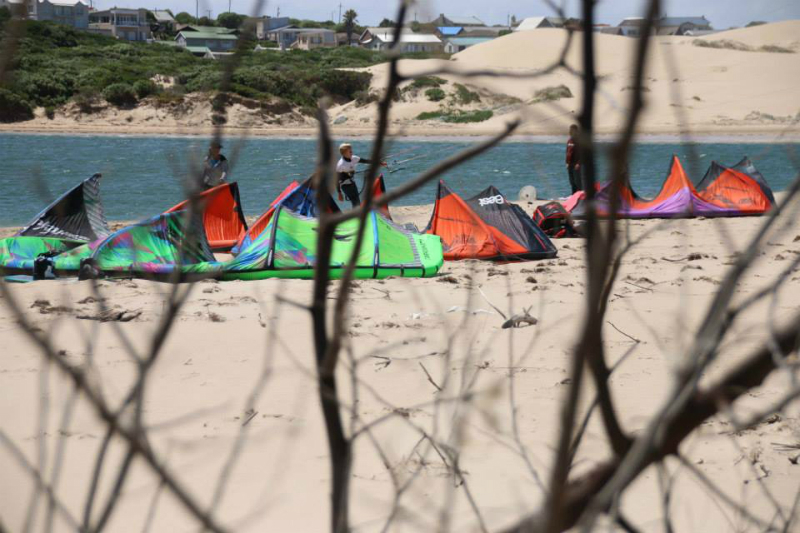 We made the decision to go to Witsands and miss the rest of KotA. On Friday we packed the car with all our kiting gear and headed off to Witsands’ Breede River. My friend Dane Lester came with us, so the van was seriously loaded with all our gear. We managed to avoid the Friday traffic, but we didn’t get to Witsands until 7pm. We drove straight past the Lodge and to the kite spot. We managed to get a quick 30 minute sesh in before the sun went down. 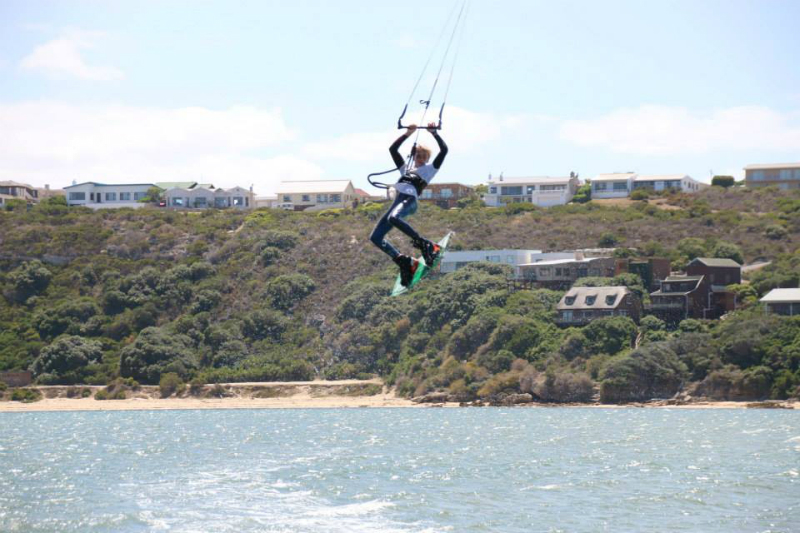 We got to the Lodge and saw all the people that were going to compete in the Pili Pili Airtime event and also the huge R10000 cheque for the winner.

After a good night’s sleep, we were very keen to get on the water. We got to the spot and saw everything was set up for the comp. The spectators were a few meters away from where all the action was happening on the water. With my luck, I was in the first heat up against Dane. We both rigged our 11s and got on the water. 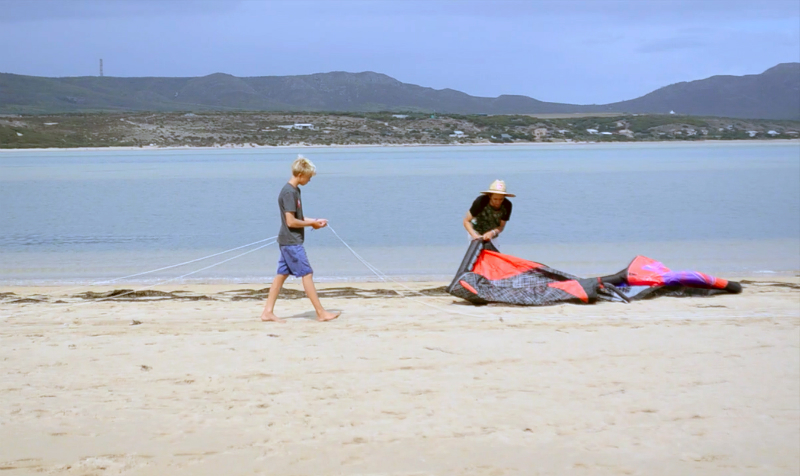 The heat went really well and I managed to push through to the next heat. For the Semis, I was up against my friend Dylan Adrians and my dad!

The conditions were really tough, but I just managed to advance by 1 point. The wind was slowly picking up, but that didn’t stop me. I was up against Byron in the finals and he was on a 14sqm, so pumped my 13sqm because I knew I would have to go really big to beat him. 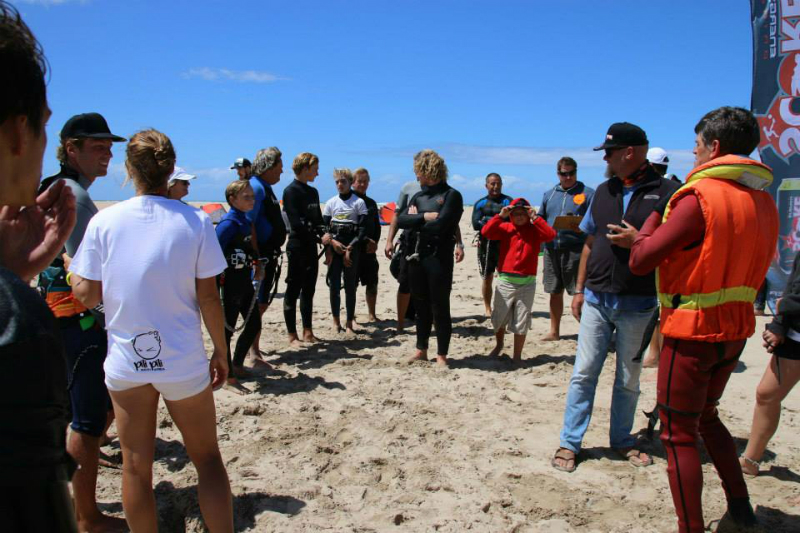 Now that the comp was all over we packed up and headed straight back to the lodge. Later that evening we played beer pong and had a spit braai. After that, Neels did the prize giving and awarded me with the cheque of R10000. I was really stoked to have won, but Byron gave me a really hard competition, and he came second. Everybody that took part got a prize.

The best thing about the Breede River lodge is that there is endless entertainment and really good vibes – such an awesome place. 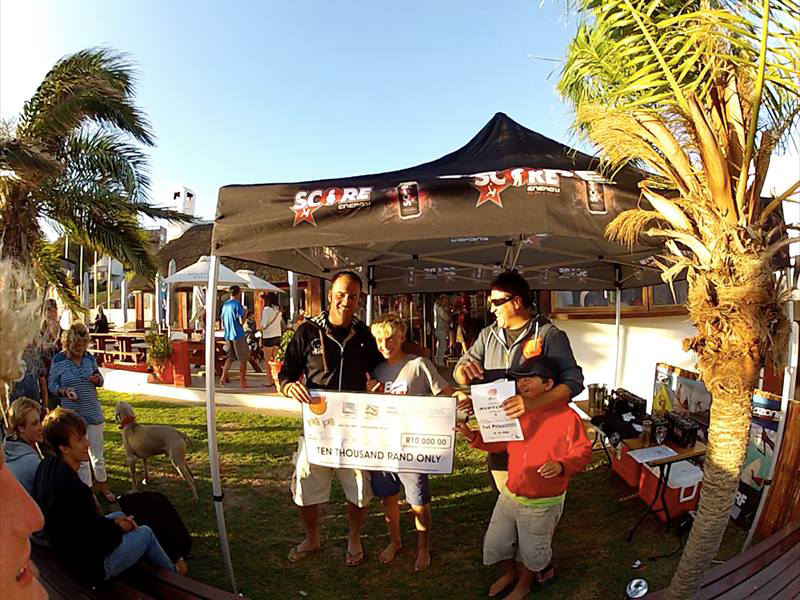 On Sunday we managed to get some footage for our video that we made, and then packed up and headed home. On the way back, I checked Facebook and found out that Red Bull was happening that day.

So in the end it worked out really well! We went up to Witsands to compete and we still didn’t miss any action… Couldn’t have asked for a better weekend!