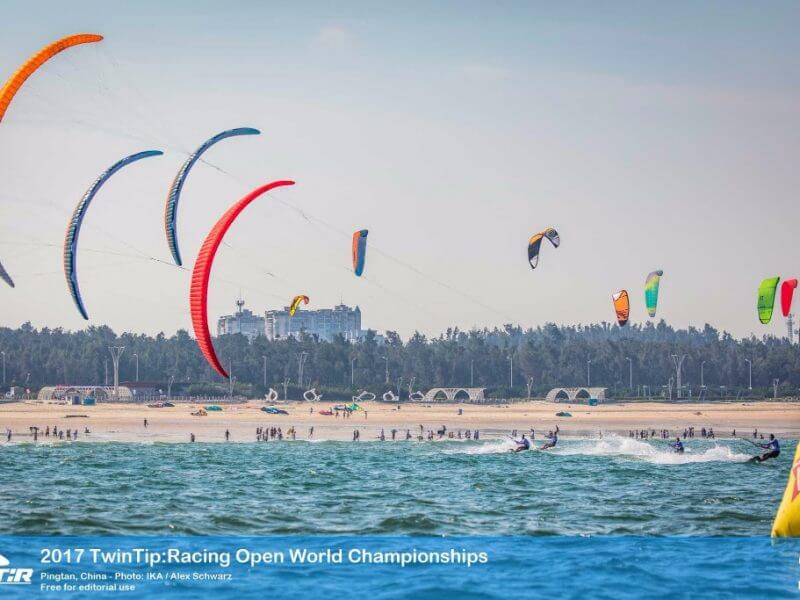 The opening skirmishes at the first TwinTip:Racing (TT:R) World Championships in eastern China lived up to the fast-emerging kite discipline’s deserved reputation for excitement and drama.

In no time at all, on the opening day of five, the leading women were scrapping for any small advantage in the intense, short downwind races and several of the leading contenders tangled fuelling competing pleas for justice to the on-shore umpires.

But the appeals were the exception rather than the rule at the International Kiteboarding Association (IKA) TT:R World Championships being staged on the ideal natural arena off Pingtan Island’s beach in conditions that were only a fraction shy of perfect.

The East China Sea served up flat water and a steady breeze of 11kts to 13kts in the large sheltered bay to kick off the action in the sixth successive edition of China International Kiteboarding Festival.

The festival highlights Pingtan as international kiting spot welcomed 112 riders from 28 nations and regions who will compete in the IKA KiteFoil GoldCup and Twin-Tip course racing disciplines being run alongside the TT:R Worlds.

In the Men’s Open division it was Croatia’s Martin Dolenc, 17, who put himself in the driving seat with a series of controlled performances that saw him top of the table after the first elimination round. 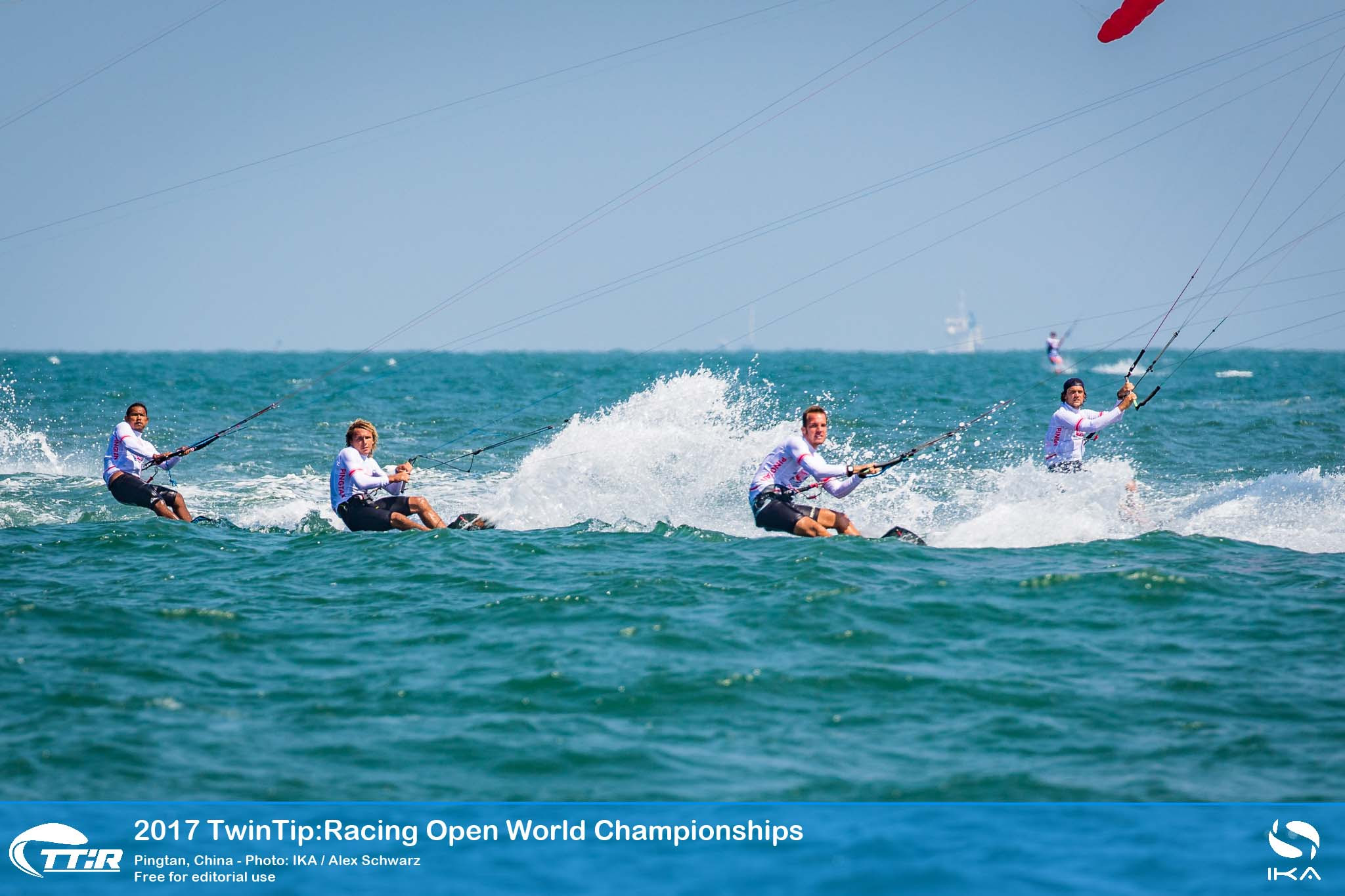 The IKA TT:R European champion, who dominated the event in Italy in July over days of nail-biting competition, showed again that he had the nerve and timing to position himself for the all-important start that virtually guarantees a win in the eight-person heats lasting barely four minutes.

In his wake he left France’s Theo Lhostis, and Germany’s former Formula Kite world champion Florian Gruber respectively. Equal on points just behind the top three sit France’s Julien Kerneur and the Asian TT:R champion, Narapichit “Yo” Pudla (THA), who is confident that with more races he has the pace and race-craft to get the better of his rivals. 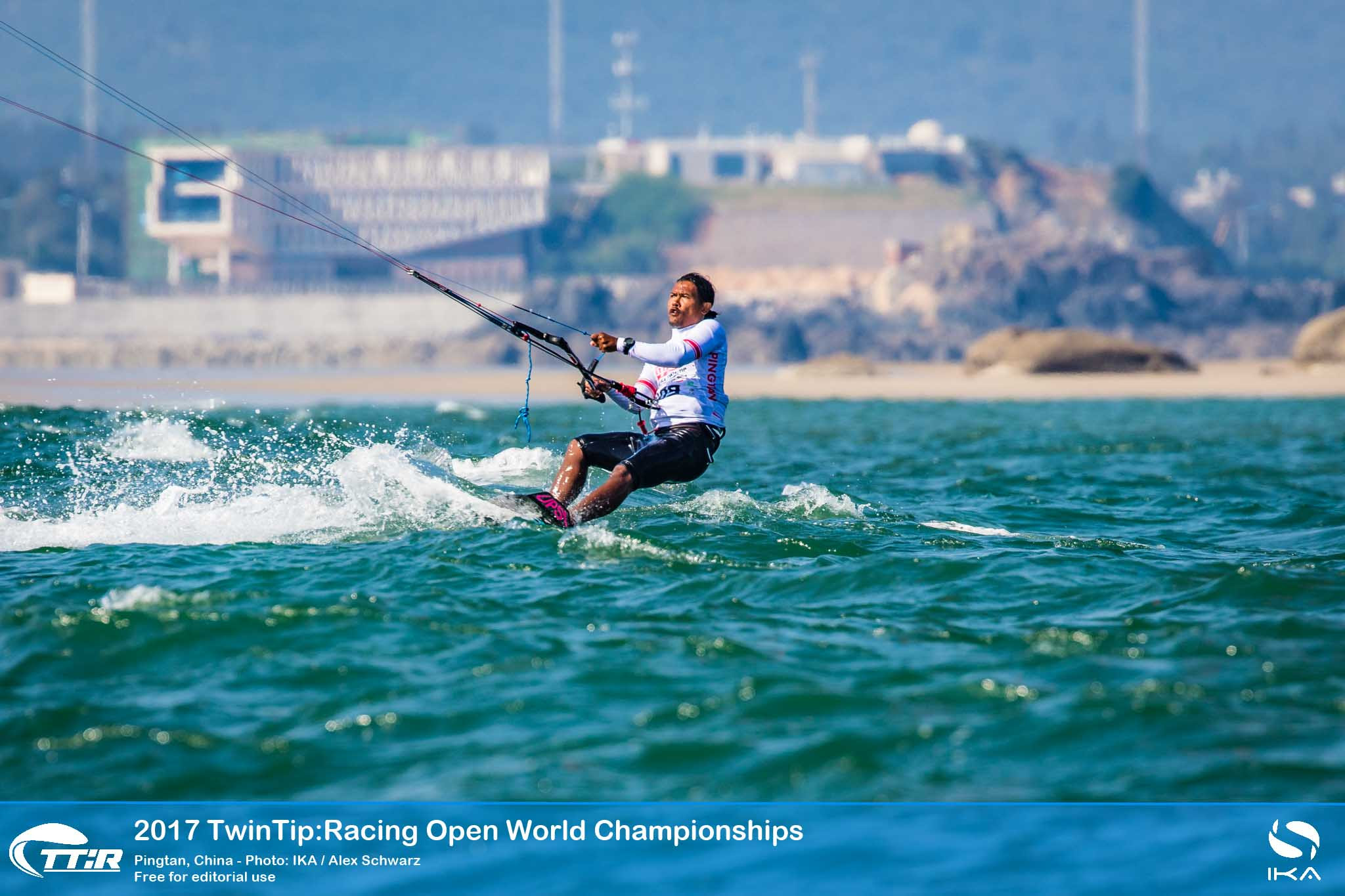 “I won a couple of the heats really well,” said Pudla.”But in the elimination round final I got boxed in at the start with Atte Kappel and was quite far back, but I managed to get back into contention. If I can avoid tangles and get a clear start, I think I showed in the races I won that I’m definitely fast enough.”

Tiger Tyson, of Antigua and Barbuda, sits in pole position in the U-19 Boys’ who will be eligible for the Youth Olympic Games in Buenos Aires next year where the TT:R slalom/boardercross format will be used, just ahead of Cameron Maramenides (USA) and Sarun Rupchom (THA). 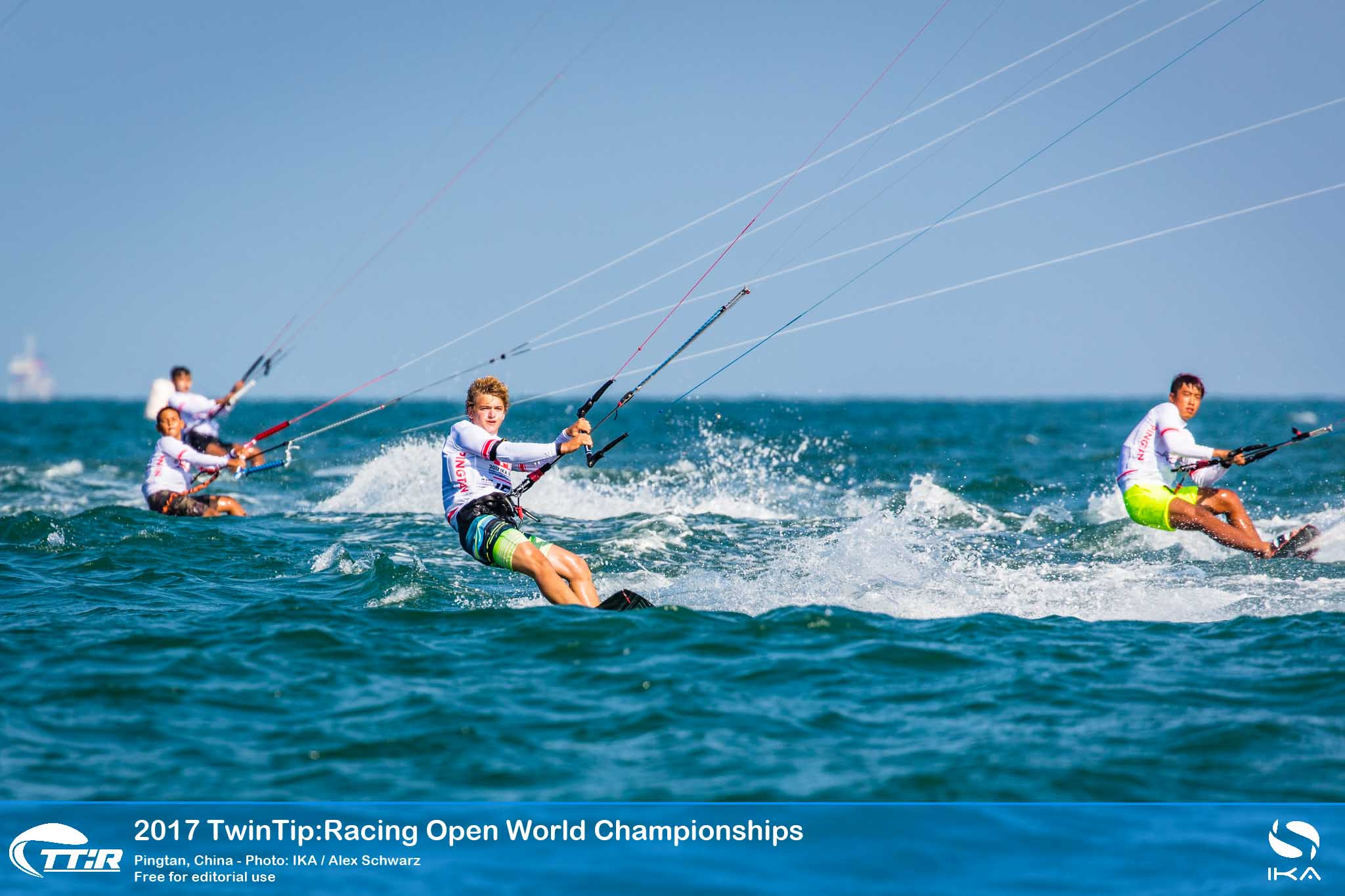 “I won every race overall,” said Tyson, 15, “I like these conditions as I was well powered on my 17m kite. I think I’m doing better because I’ve done quite a bit of foil racing and that has helped my racing and tactics. But TT:R is much more simple; it’s all about power and giving it your all.”

The women’s division is headed by world ranked number one, Kirstyn O’Brien (USA). She managed to keep just ahead of powerful racers, China’s Jingle Chen, Elena Kalinina (RUS) and Alexia Fancelli (FRA), thanks to a discard after three rounds, but was revelling in the moment. 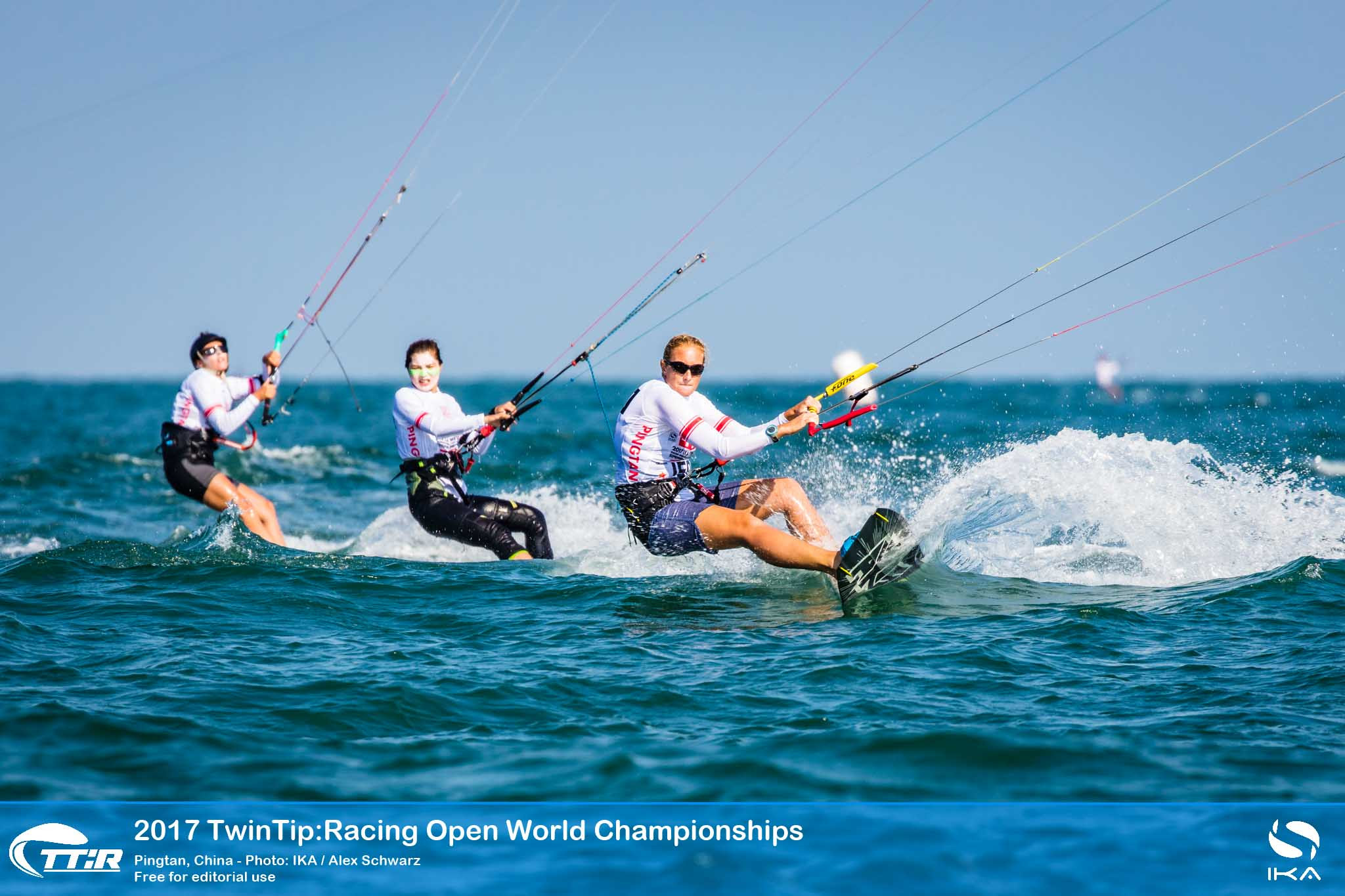 “It’s a lot of fun,” said O’Brien. “It’s just nice to race against the women, not to say that it’s easy, especially on the start line. But this is a great venue.”