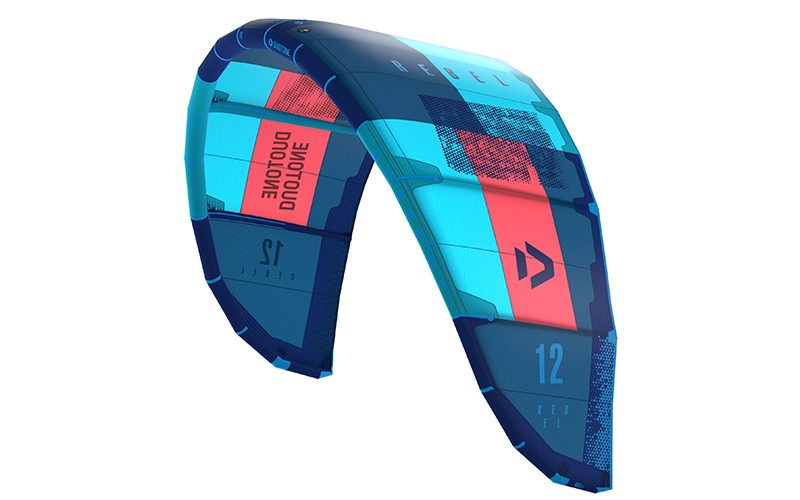 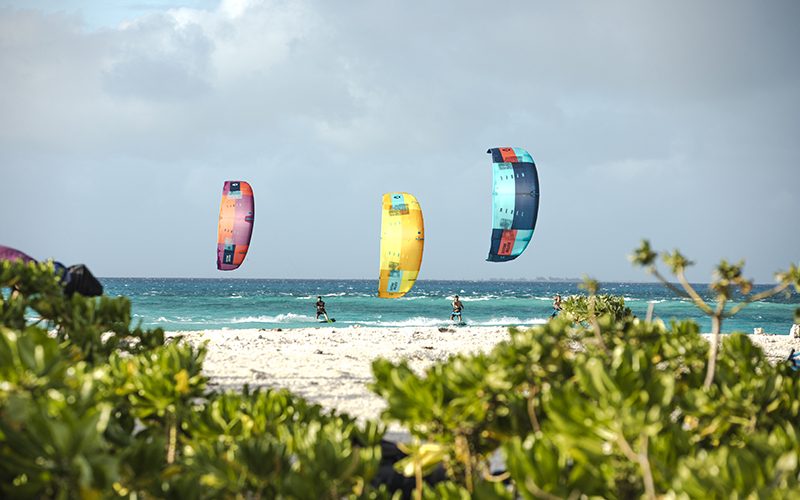 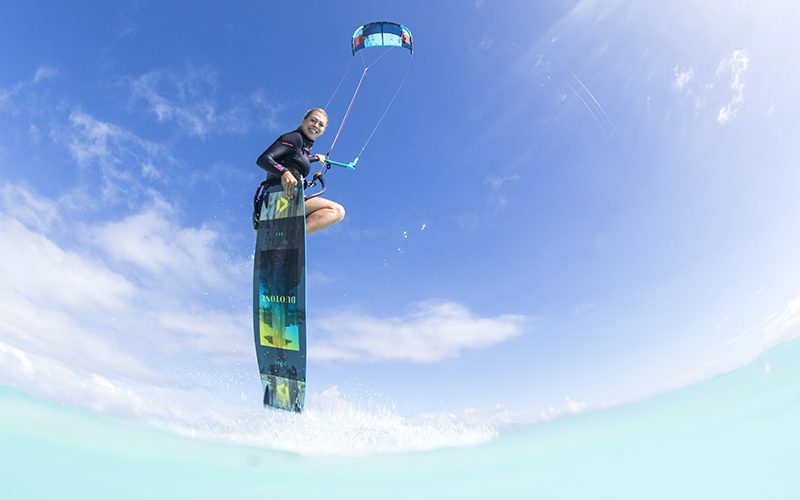 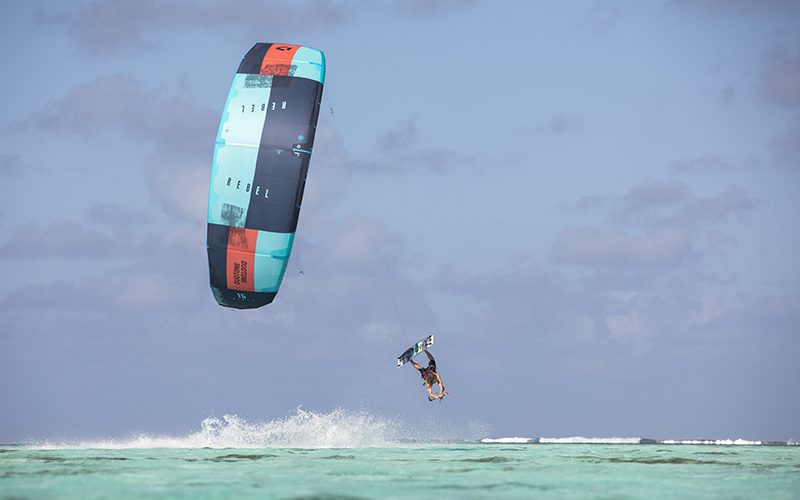 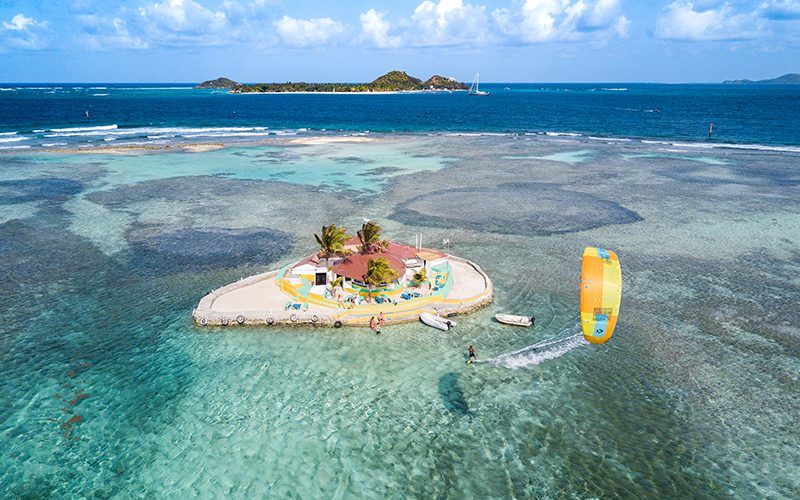 Different brand name. Same kite. As the dust settles on the big re-branding, it’s nice to be reminded that what’s at the heart of ‘Duotone’ is the kit. And with the kites there have been no changes with who is designing them, or the materials that are being used, or how and where they are produced. So this Rebel is still a, err, Rebel. For 2018 the Rebel made the transition from 5 to 4 lines which was BIG news to Rebel devotees but essentially well received so for 2019 it has been more about tweaking the new design. The primary change (which can also be seen in other kites in the 2019 lineup) is that the LE is skinnier and has been flattened in the middle section. The aim here is to reduce backstalling and increase depower and turning speed. Also new for 2019 is a shorter Click Bar, and we tested the Rebel on this.

On the water and the Rebel immediately feels reassuringly familiar – we have ridden Rebels for over ten years and the feel and philosophy of the kite has stayed true to its ‘top end freeride’ brief… We were testing the Rebel in gusty and busy Tarifa and it is the perfect kite to keep you perfectly powered and trucking around with the masses. With the super-precise power deliver you get a real increase or decrease in power from the smallest of adjustments and the amount of depower is massive. We felt that the turning was more pivotal for 2019 making the Rebel a more appealing option in the surf, and for boosting the Rebel can be what you want it to be. If you want to really send it then you can really load up the power and it delivers some serious boosting. Or if you want to take it a bit easier then you can sheet in, send the kite, and you’re completely in control of how far you go up and how long it takes you to get down. Which is what you want from your Rebel.

In a sentence: No big surprises, but some nice refinements and an all-round smoother feel for the 2019 Duotone Rebel. 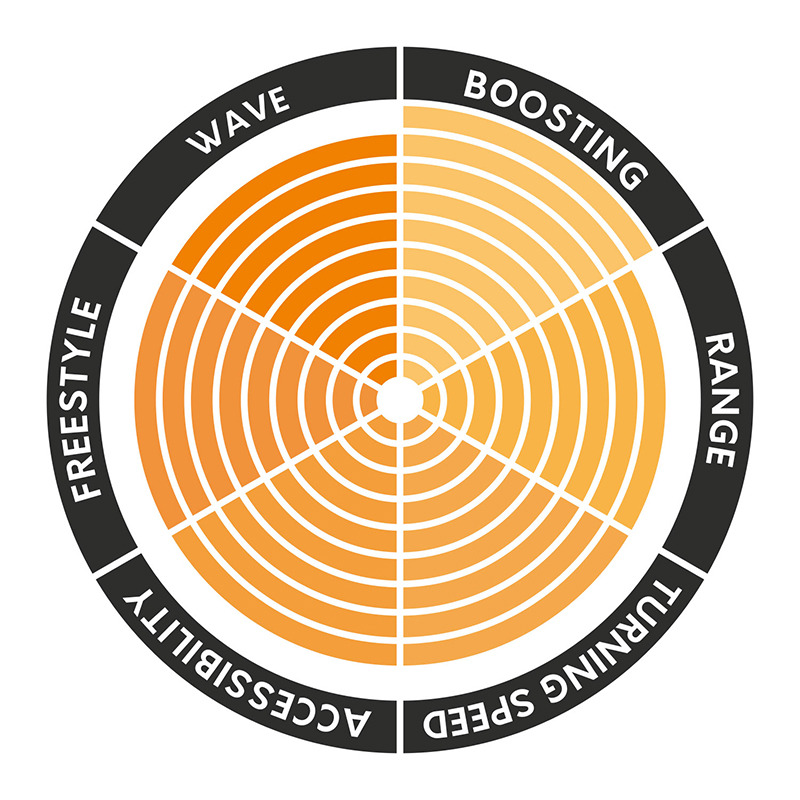 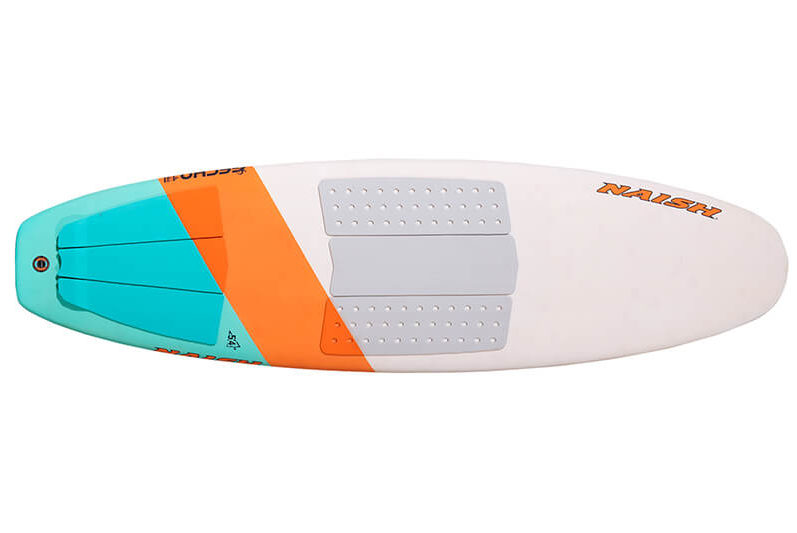 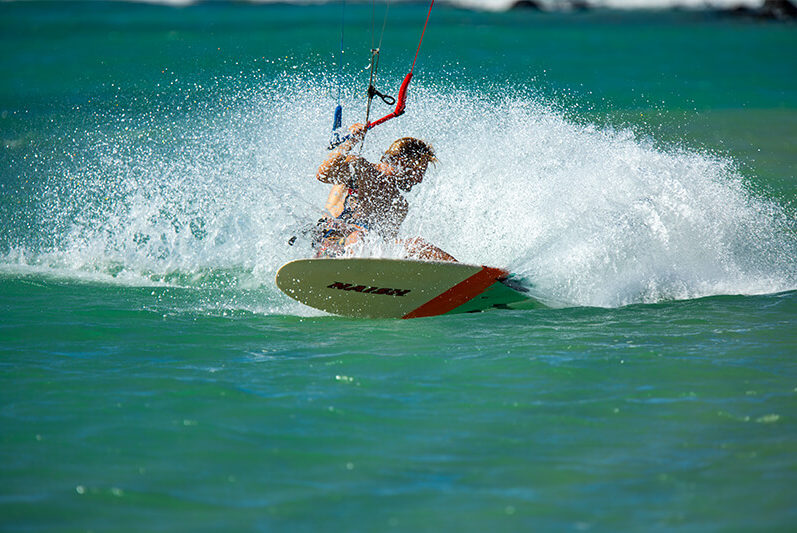 Naish have created various blunt nosed boards for strapless freestyle over the years and were early on board with the compact board concept for enhancing aerial characteristics. The Gecko is available in two constructions, a standard bamboo version and a high-end carbon and S-Glass variant with vector net strengthened rails. Being a dedicated strapless board, foot strap inserts are not present on either, and correctly so. Two sizes are available in 5’1 and 5’4 with a respective 22l and 24l of volume.

The Gecko sits alongside the long-established Skater in the current surfboard range, but focuses its efforts on more mediocre flat water and chop conditions than properly formed waves and covers the full spectrum of real-world conditions. A relatively parallel rail outline immediately tracks very well in a straight line, and builds speed with ease, smoothing a mushy surface well. The noticeably grippy quad fin setup is uncomplicated to load up and release against, even with minimal kicker options available. Something sometimes overlooked in a kite surf board is the quality of the standard fins, but Naish haven’t cut corners with the Gecko as it’s obviously a critical part of the mechanics, and have provided a super stiff quad fin set with a little extra cant in the rear pair.

Width in both the nose and tail mean that once the board is in the air it has a predictable anti-gravity characteristic under your feet; wind doesn’t seem to catch the top of the board and flip it off your feet like a more traditional surfboard. The corduroy EVA pad feels positive and grippy without being overly aggressive, and divides itself evenly into three distinct sections over the front of the board, aiding foot placement for both take offs and landings without having to glance down. In the standard double bamboo construction that we tested, weight is definitely minimized but it seems adequately built for the big impacts. A simple light concave runs the entire length of the board, and disperses the landings graciously whilst running downwind. Re-engaging the fins and rails presents no surprises or squirrelly behavior. The relatively high volume retained means it takes fast powered landings in its stride.

Although it’s certainly not the primary design focus, we found the Gecko handled smaller wave conditions admirably and perhaps undersells itself in this department. The grippy quad fin setup made for some face slicing, fast drawn out turns. Don’t underestimate the Gecko: it is super fun on onshore conditions and can make a convincing top turn if required.

So if you’re intent on extending your trick regime and aren’t blessed with ideal kicker conditions close to hand, the Gecko could definitely be for you. Its ability to load energy into the intelligently designed rail and fin combination and release in flatwater is remarkable and the inherently forgiving shape enables the Gecko to gobble up sometimes irritating short chop for breakfast, much like its reptilian namesake devours mosquitoes. 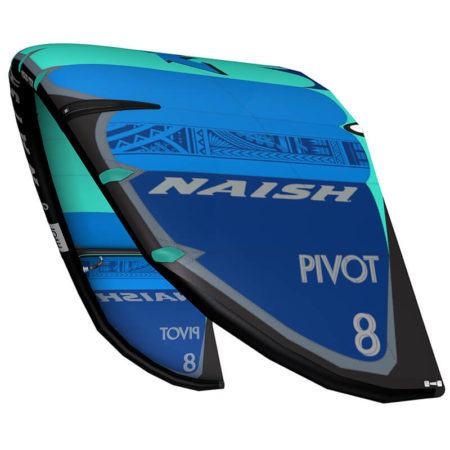 This Big Air winner continues to be a performance crossover masterpiece in the Season 25 model. 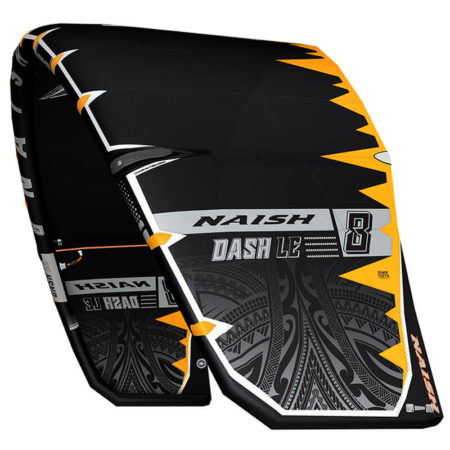 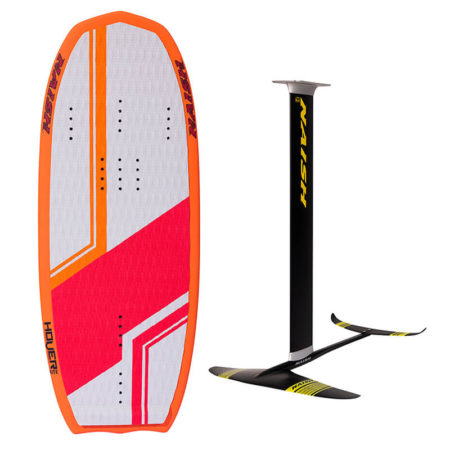 An excellent setup for the ambitious intermediate to expert freeride kite foiler.