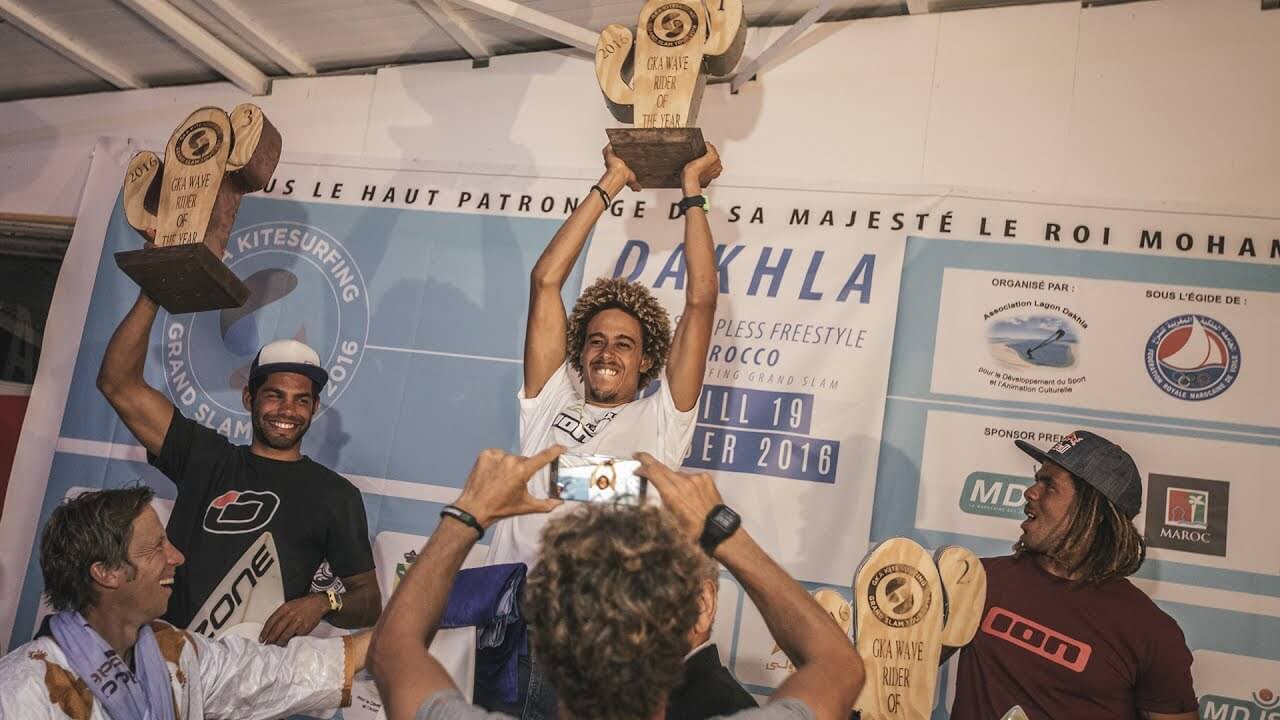 Not long till the new season starts – take a look at the action from last year!

As we approach the start of the new GKA Kite-Surf World Tour season that kicks off in Tarifa at the end of June, let's get a quick recap on the championship's first season in 2016.

The tour is a mixed discipline series, combining pure wave events, like the ones in Mauritius and Dakhla last year, with strapless freestyle events in Fuerteventura and Tarifa.

2016 was the first year for this combination wave and strapless freestyle tour and it delivered outstanding performances and great advances, resulting in a new ‘standard' of manoeuvres.

Keahi de Aboitiz was awarded the win at the final event, but Matchu Lopes eventually punched the sky in triumph and almost disbelief. Through consistency, he'd won by just 80 points over his good friend and closest rival, Airton Cozzolino, who had built an early lead by winning the first two events of the season.

The women competed in the wave events in Mauritius and Dakhla, where Brazilian Milla Ferreira showed her class, finishing second in Mauritius and claiming top step in Dakhla. Ninja Bichler once again displayed an incredible affinity with her home break at One Eye to win the Mauritius event.

The platform is now there for this impressive pack of riders to really explode in 2017. On the men's side, Airton, in particular, has shown us a level of strapless freestyle riding that often seems unfathomably powered without straps.

Matchu has shown an all-round consistency and the grace of a true champion and walked off with the title.

See you in Tarifa from the 27th June – 2nd July everyone!