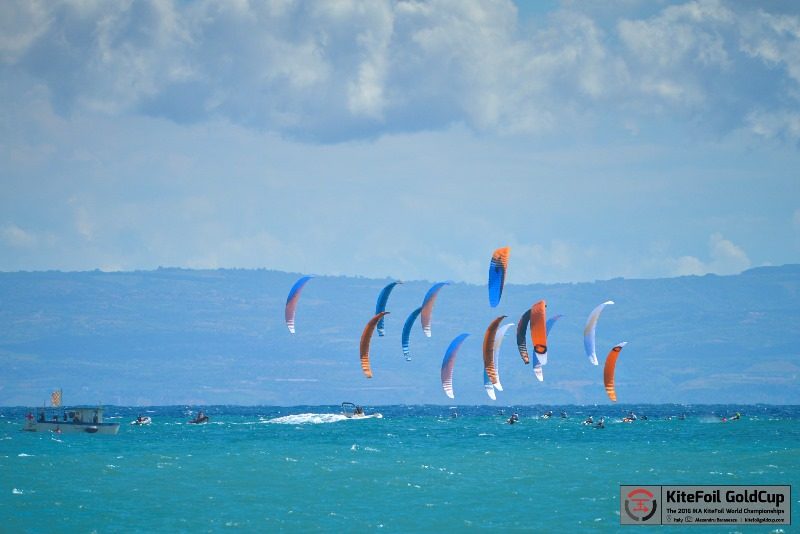 Hang Loose Beach, Gizzeria—The world’s fastest kitefoilers put a thrilling display of tight racing as they battled each other and the conditions that spanned the full gamut of possibilities for a Mediterranean summer over four scintillating days of competition. But in the end the talented French teenager Axel Mazella maintained his poise to grab victory by the slimmest of margins to take the opening round of the International Kiteboarding Association (IKA) KiteFoil GoldCup in southern Italy. The 18-year- old was pushed all the way by the reigning KiteFoil GoldCup champion, Maxime Nocher (MON), and Olly Bridge (GBR), who both trailed by only a few points after a final day etched with nail-biting drama on the Hang Loose Beach track.