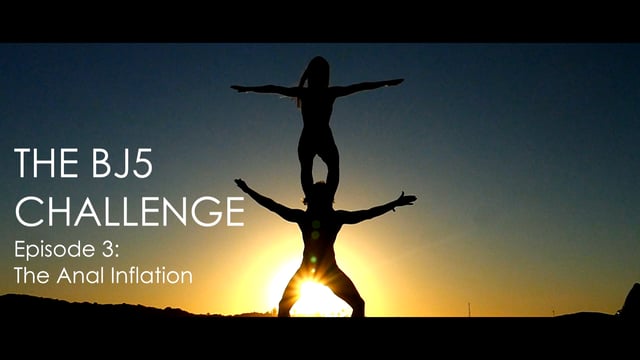 Felipe Moure considers himself pretty old, by professional kiteboarder standards anyway. He's decided to embrace the fact that he's old enough to be Carlos Mario's grandad and challenge himself with riding like a pro, despite his age. His target: the Blind Judge 5, an impressive move in anyone's book.

Here's his story in his own words:

The story about a man born in the 70s, he started kiteboarding at 30 with no intention of learning anything more special than jumping or riding toeside, but after some years he was sick of hearing people complaining about age. He knew that being around 40 is not the perfect moment in life for learning to do freestyle. He knew that it’s not the perfect moment for riding with boots in shallow lagoons between teenagers and twentiers who throw tricks around you at non-stop speed and transforming their kites in a beautiful “hat” for you when they fail and you are so unlucky that you are downwind them.

He knew that it’s not the best moment in life for this things, but he wanted to prove that it’s not about age, it’s about attitude. He wanted to inspire people of his age, he wanted to prove that even when you are about to be 40, it’s possible to learn to do nearly all the tricks that you can see in freestyle competition, to do all the handle-pass tricks without being injured. And he was able to prove it! In the videos of his “Freestyle 30+” saga, you can see it: 313, 315, blind judge 3, hinterberger mobe, heart attack, S-mobe, KGB… But this was not enough for him.

Now, he is trying to become the oldest man in the world able to do a powered double handle-pass, the famous Blind Judge 5 (backside 315). It’s a trick possible only for a few riders in the world, all of them around 20-25 years old and all of them running the World Championship. Felipe has being fighting with this world record since July 2015 and the adventure has become really hard for him getting even injured. He released an episode of “The BJ5 Challenge” saga in every trip he did. First Episode: Egypt. Second Episode: Brazil and lately, he has released the Third one.

Take a look at Episode 3 to see how he's getting on. Be warned – contains far more nudity than strictly necessary. Episodes 1 and 2 are below if you need to catch up…