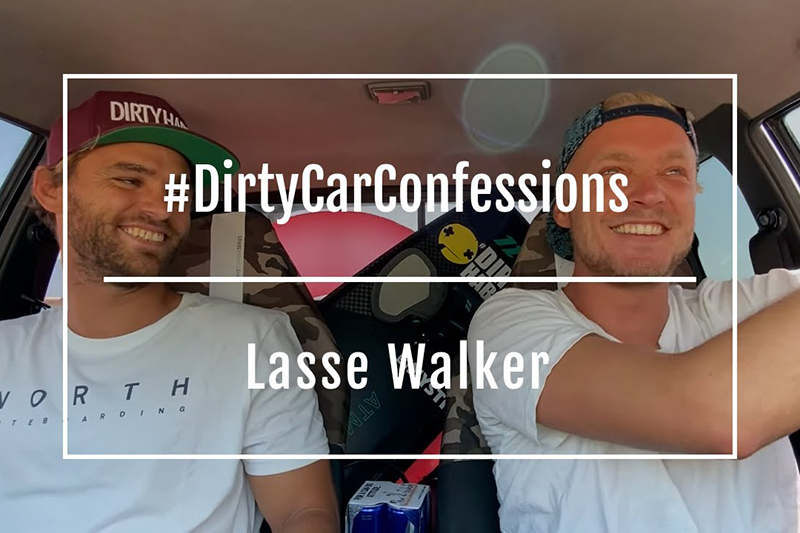 North Kiteboarding’s Graham Howes just launched a Youtube series leading up to the 2020 King of The Air called Dirty Car Confessions. The series sees him traps various KOTA riders inside a car to discuss all things big-air. In the first four episodes, he gets the low down with Kevin Langeree, Ross-Dillon Player, Josh Emanuel and Lasse Walker.

#2 Josh Emanuel
Graham Howes catches up with Dirty Boy Josh Emanuel, straight off from a 45 knots kite session. Josh has won the Red Bull Megaloop challenge in The Netherlands and best result at Red Bull King of the Air is 4th.

#4 Lasse Walker
In Episode 4 of Dirty Car Confessions, Graham Howes sits down with Red Bull Megaloop Challenge Winner, Lasse Walker after his 50 knot session. See what he has to say about KOTA 2020, and what special talents he has besides kiteboarding.

The Dirty Habits Crew is a group of professional athletes from around the world, who chase the sun to Cape Town and other parts of the world to push each other to the extreme limits in performance, stunts, and taking day-to-day activities to the next level. We also feature friends and other professional athletes.. surfers, kiteboarders, stuntmen, skateboarders, wakeboarders, motocross riders, freedivers, and big wave surfers.