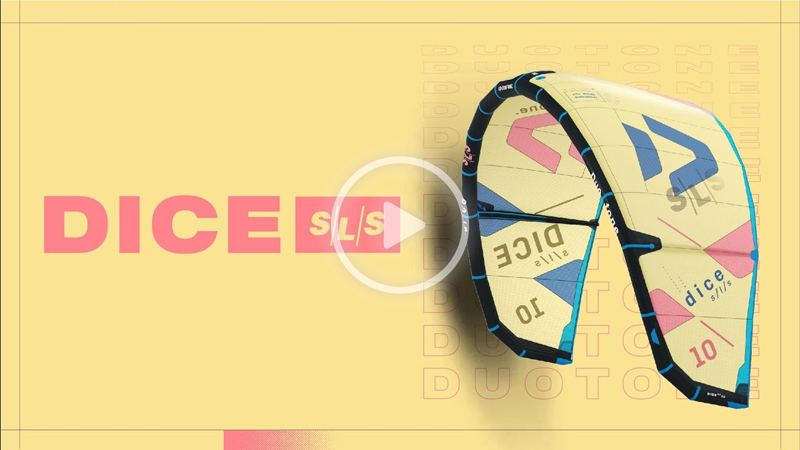 The Duotone Dice SLS 2022 is your Dice on steroids!

The Dice is known for Freestyle, smashing loops and even performs in waves when steered actively – and it just got the SLS upgrade. Every enthusiastic progressive rider look out, here comes the all-new Dice SLS!

The Dice has been a tricks and megaloops champion for a long time now, designed to excel at big air and perform to the highest standards in freestyle and even waves; it boasts an army of fans worldwide. New for 2022, the Dice gets the Strong Light Superior makeover and a complete redesign to improve the performance. Whenever new materials are introduced, the design parameters change. Therefore, the riders and designer Ralf Grösel need to go back to the drawing board and get the most out of the materials and the kite. To say they achieved those goals would be a huge understatement. The new Penta TX frame construction combined with the Trinity TX canopy has created a Dice like no other. The weight has been even further reduced, making the kite far more responsive in the air and increasing the overall wind range. This loss of weight has also increased the kite's flying qualities, making mega loops smooth and on the way back up, the Dice SLS never gets stuck, in the waves you directly feel the increased drift. The kite jumps higher, hangs in the air for longer, and the mega loops have even more control! The team also tweaked the kites unhooked performance too, fine-tuning the power release after you pop, to allow you to get even more tricks on the scoreboard. It has been said in the past, but the new 2022 Dice SLS is undoubtedly the most impressive performing Freestyle kite on the water. Capable of taking you to the podium not only at a big air event, but also at the freestyle competition. This quiver killer kite can trade blows with the Vegas, while pulling jumps and loops big enough to win the King of the Air. It isn't often that a leap forwards in performance like this comes along. If getting bigger jumps, landing more complex tricks and even smashing some waves gets you excited for a session, you will need the Dice SLS in your quiver.